Upcoming pre-Alpha Faction Wars test features Houses (guilds), and we are glad to finally give you more information about it! 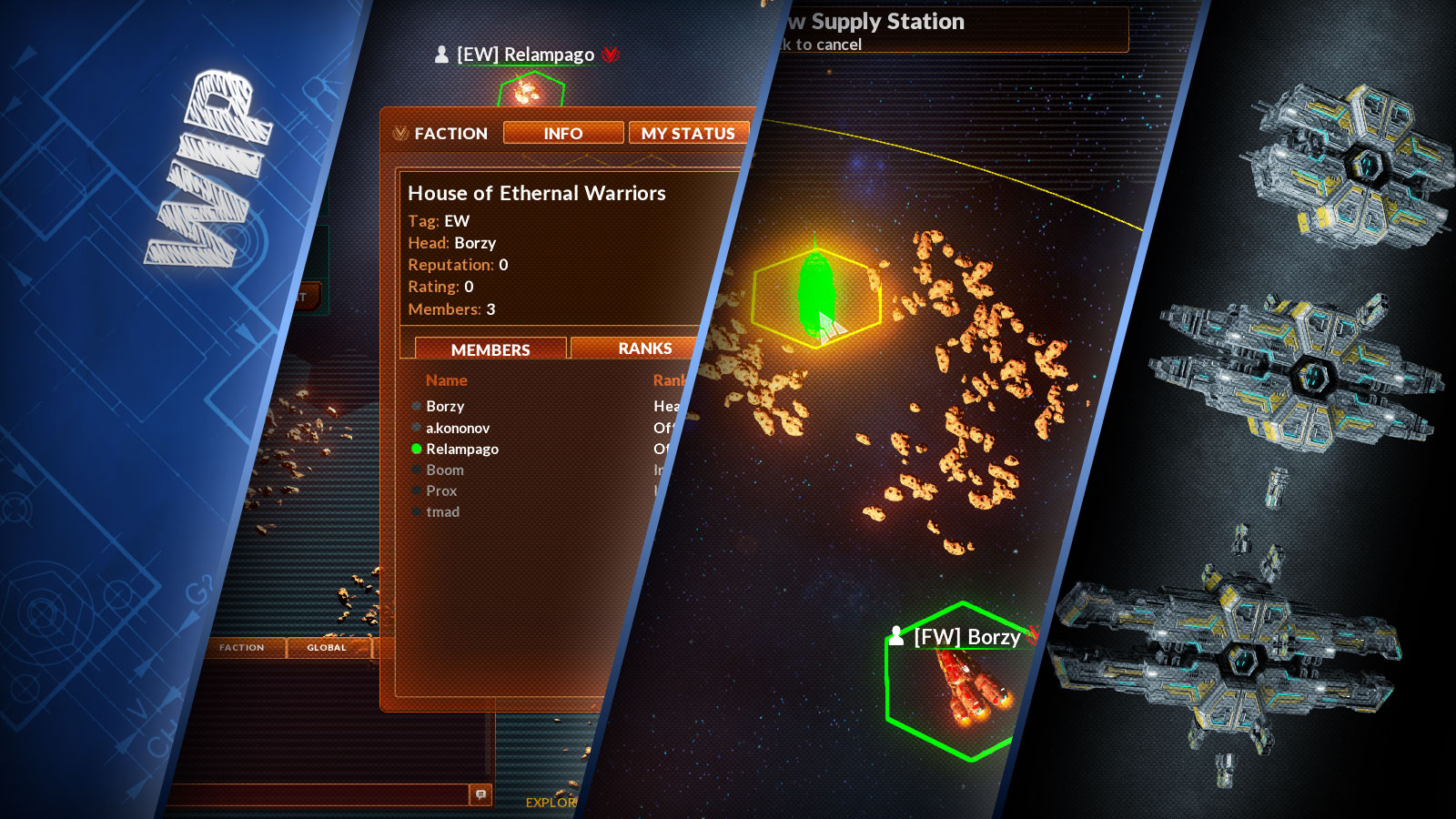 Hey, Commanders! As you already know, the upcoming pre-Alpha Faction Wars test features Houses (guilds), and we are glad to finally give you more information about it!

Faction Wars features a massive conflict between three rival factions - Eclipse, Deprived and Vanguard. Battles for territories, ambushing enemy fleets, robbing freighters and colonies - while you can do most of this on your own, the whole situation can't turn to your side if you are a lone fighter. That's why each faction has smaller organizations within it called "Houses" - associations of Commanders who share the same goals and are ready to fight in closer cooperation with each other. People in these Houses also spend a lot of time together, side by side, which makes them one big family cherishing its prestige and common goals. Reputation of each member directly influences reputation of the whole House - it can take more or less actions in Faction Wars, including ability to capture new systems, attack enemy territories and upgrade existing structures. Houses aim not only to complete their personal goals, but to gain more benefits for their faction - and here comes their main distinction from factionless guilds.

Establishing and controlling the House

Those who dare find their own House and gather Commanders under their flags should have a brilliant reputation among chosen Faction - rank 3 will be enough to create your own House. Once you create it, you can start inviting other players of the same faction. Commanders can join only 1 House per account. Note: during upcoming test you won't have any restrictions in ranks for House creation.

Not the final look of House menu. Work in Progress

The reputation each player gets while he or she is in the House influences the general amount of House reputation. House Reputation can be spent on the following actions during this test:

Leaders can give ranks to other members, allowing them to perform different actions: from simple recruitment of new players, to things requiring more responsibility and trust, like ones listed above. There are also some usual things for guilds - roster, general info, message of the day, House chat and a menu for performing special actions e.g. building supply stations.

So, you are a leader of a House, you have enough reputation currency and want to capture a couple of star systems to let your faction dominate. In this case, you need to follow these steps: 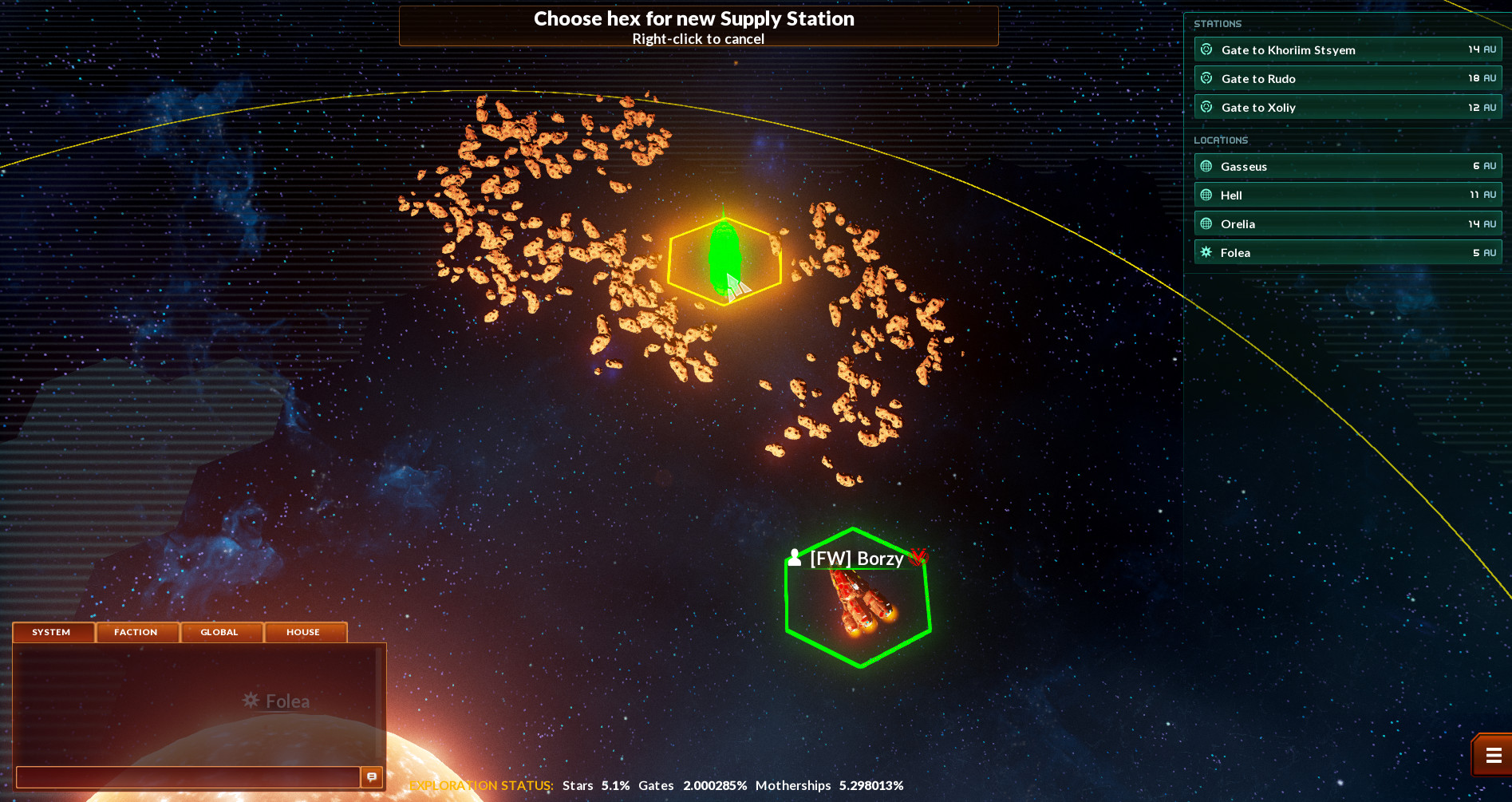 Not the final look. Work in Progress

Great, you've just started building a Supply Station! Now, to successfully complete the building process you need to make sure that other structures are able to deliver resources to it or deliver resources manually. Once it's ready, you will be able to upgrade it to an Outpost, and then to a Mothership: go to Supply Station or Outpost menu and push the "Upgrade" button. Take in account that building each of those requires a certain amount of time - it will be lowered for the upcoming test, allowing you to build a Supply Station in 15 minutes - if there are enough resources, of course.

To attack enemy systems with Supply Station, Outpost or Mothership you will also need to get to the system and choose "Attack Enemy System" - but this time you will need to fight against defending enemy forces in a special event - and that's another curious thing we will be talking about in our next article ;)

Supply Station, Outpost and reworked Mothership for the Eclipse faction

If you checked out Starfall Tactics' Facebook and Twitter pages from time to time, you should be aware of a new version of Eclipse Mothership - Millenium. We decided to do it once we started creating structures for the MMO part of the game - mainly because it's almost as old as Pilgrim which we already reworked and might stand out from other Mothership models. And here it is, along with structures of lower grade - Supply Station and Outpost. 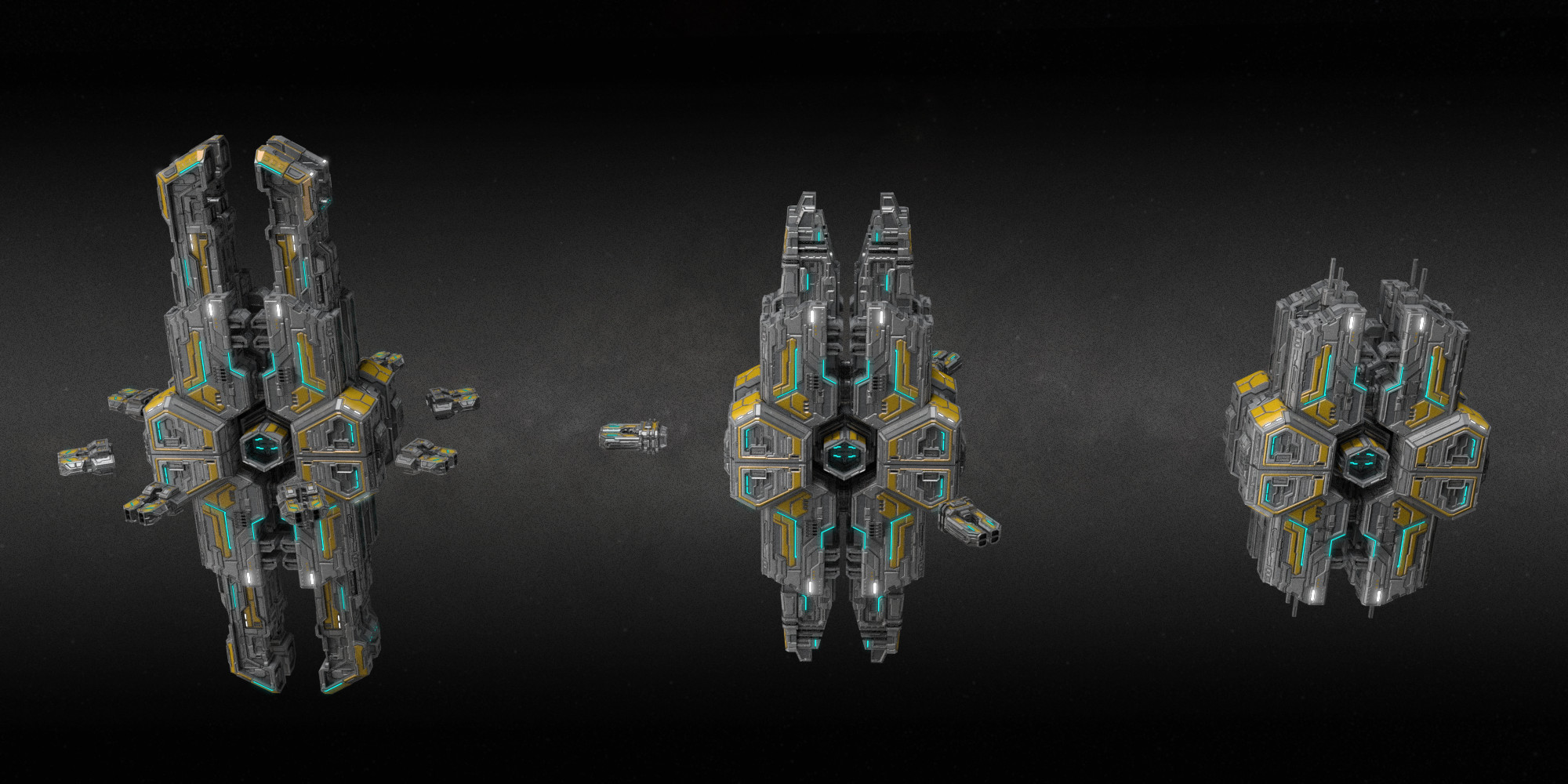 We couldn't stand against showing it to you in full 3D - hope you enjoy it ;)

Hurry up and sign up for the test to try new features and join our Discord channel!