Introducing BrambleLash: A game about connection and co-operation between planty partners to eradicate sludgy enemies!

BrambleLash at its most abstract is a game about connection.

If that subtitle was a little too esoteric, here is a less pretentious description; BrambleLash is a co-operative party game where players are linked together by a thorny tether. They must coordinate with one another to destroy enemies and avoid hazards. All design decisions within the game are run through the same lens; how does this encourage co-operation and relate to the co-operative tether mechanic. 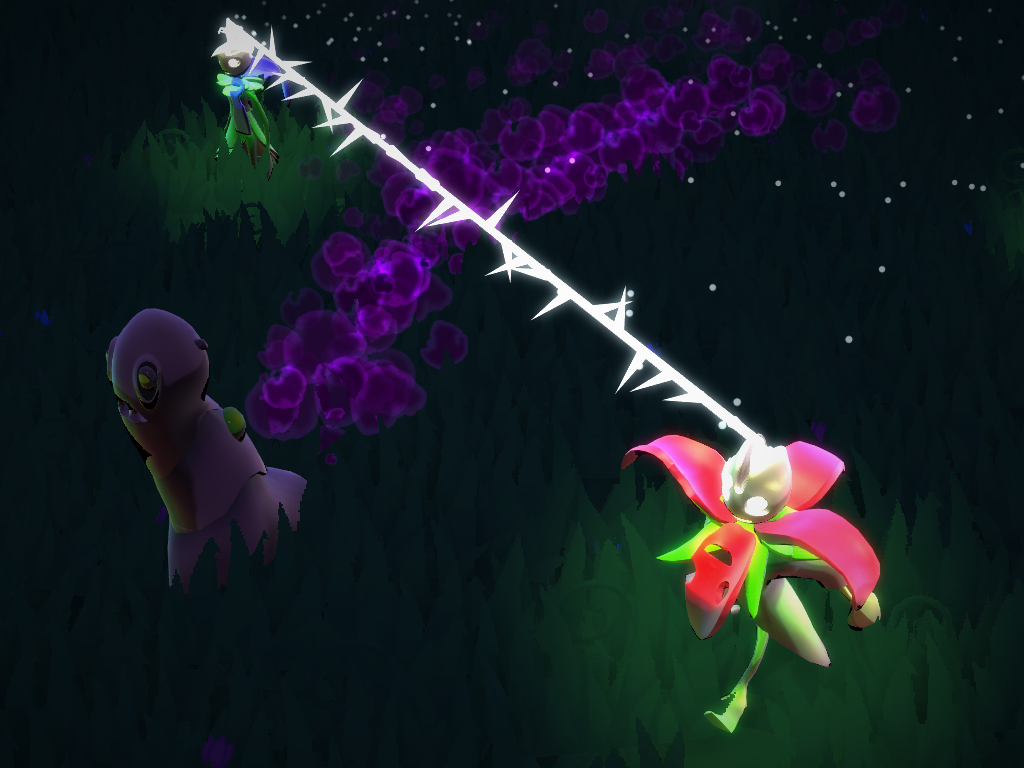 BrambleLash is being made by ByteSprite games. We consist of Liam Hunt and Sam Zeid, and the company was created late 2014 in Perth, Western Australia. Since its conception we have worked on a few contracted game projects in fields such as research and health. This however is our first in house baby as a company, and it's just starting to walk. We are very excited!

So, lets cut to the chase. How do you play?

Killing enemies in BrambleLash is an exercise in teamwork

You can pull your friend out of harms way... Or straight into the fray

Using powerups have different effects when you are connected

The tether can be broken by different enemies using unique attacks

We are planning on expanding the game to include a versus mode, allow for up to four players, have online multiplayer, and change the core game mode into a more adventure style progression complete with boss battles and a variety of randomised levels. We want to finish BrambleLash off in about three months and present at PAX AUS this year. Our goal is to release the game on PC, Mac, and Linux through Steam and then expand out to Xbox, and Playstation in due time. So there is still a lot to do before we are finished and clearly we are rather ambitious in our endeavour.

If you want to lay down some critique or have any questions don't hesitate to chime in, we will be sure to answer.