Hey there, we are back with our October News Update.

This month we would like to show you our unique Spawn System. Coded by our fellow developer, Chael, this System allows every player to select their car directly from the Spawn Menu and then spawn in it!

The video shows a WIP where not all graphics are final.

Next up we have some ingame gameplay screenshots from our last Test Session. Most of them include the Courcheval Manta we featured in our September News. If you want to see these in action, I would recommend you to apply as tester and join our weekly test! :)

A lot of Asphalt

Starting with the Map called "A lot of Asphalt" where you see a yellow Courcheval Manta capturing a Flag to gain benefit from Santana's Auto Repair.
The second shot shows several Mantas and a Courcheval Dozer fighting for the Mondo Burger. 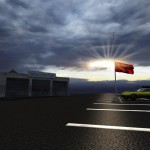 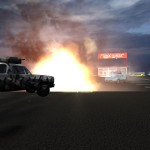 The third shot shows "Jade's Car"(an orange Picard Piranha) which is firing a Dr. Radar Missile at his opponent supported by a Black/Red Manta. The fourth shot shows the explosion of a Moth Truck Tanker. 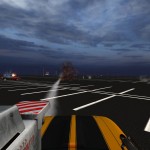 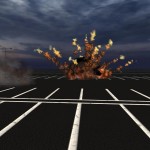 The Map called Hidden Airbase has been reworked in the last weeks. Here are the first shots from the work in progress.
The first shot shows Antonio repairing his car, a Manta with the Ray paint. The second screenshots shows two of the Mantas fighting for the Airbase. 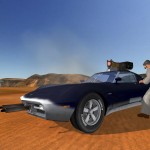 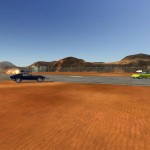 The Black/Red Manta in the fifth picture is heavily equipped with two 30mm cannons. The last screenshot shows the turret version of the Moth Truck which requires two players to reach its full potential. 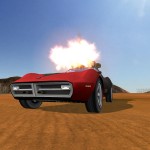 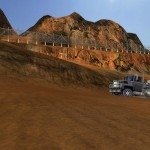 If you happen to play an instrument or if you even are a music composer... tell us!
We'd like to create some custom tracks!

Looking Great! can't wait. I hope you guys are going to add some random object/debris like barrels, crates, road cones, etc. It would enhance the gameplay because you can run over them. All the objects could even react to explosions.

I play bass guitar, and do some music composition. Currently low on inspiration, but if you need something, I could probably write something interesting for you. I mostly work in DnB for composition, but am diversifying into funk and rock sorta stuff.