After a year in early access Intelligent Design is released. The god game challenges you to design and control an ecosystem as it evolves in front of you.

It feels good to say this, Intelligent Design is finished and you can download it now. I will continue to read your feedback and patch the game if needed, but the game is now feature complete. There is a temptation to keep adding features, I've loved some of the ideas you've suggested, but I want to keep the game simple on the surface. It is way too early for reflection but a user review a couple of weeks ago made me feel I achieved at least one of my goals.

If my game had a box I'd stick that on it. I set out to make a game which at it's core was about leaning back in your chair and relaxing. Drifting away and getting lost watching the complex behaviors evolve in front of you. This is something I tried to capture in the launch trailer I posted today.

If you have no idea what Intelligent Design is about and this is the first time you have seen it I'll quickly summarize. Intelligent Design is a god game with a full genetic simulation of evolution. You can create life but once you have created it you have no control. It will do what it wants and evolve how it evolves. Eventually, through scientific research, you will unlock the power to control the genomes of your creatures. With power comes responsibility, any mistakes you make may be in your gene pool forever. 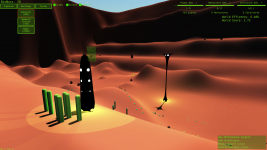 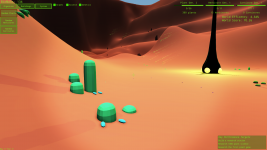 For those of you who have been along for the whole ride, thank-you. Working on this in my spare time has been challenging but your feedback and support motivated me to get it done. 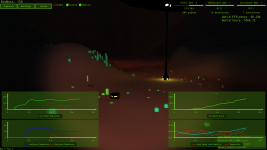 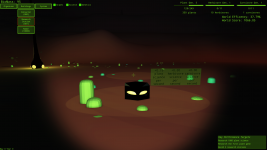 Here are the patch notes for the release build

wow this is stunning

I've just posted the game on greenlight if you are interested Steamcommunity.com

Awesome concept. Gotta get this game greenlit sometime in the future.