A General update on the progress of Insurgent Strike v0.12 and what the team has been working on lately.

We've been working hard to fix the things that we slacked on a bit in .11, and are really pleased so far with the current status of .12.Things are looking a lot better with the realism factor, and the release is just looking all around solid.We're pretty sure you all will be very pleased with the release.

Here's our M16A4,the model was done for us by PenguinGeneral,but Nick has done UV's,exported it,and done various updates to the model and texture.It is textured,and I'll try and get a better shot of it to post.Hopefully we'll get our ACOG mounted on it soon,and if not,expect an AimPoint to be mounted. 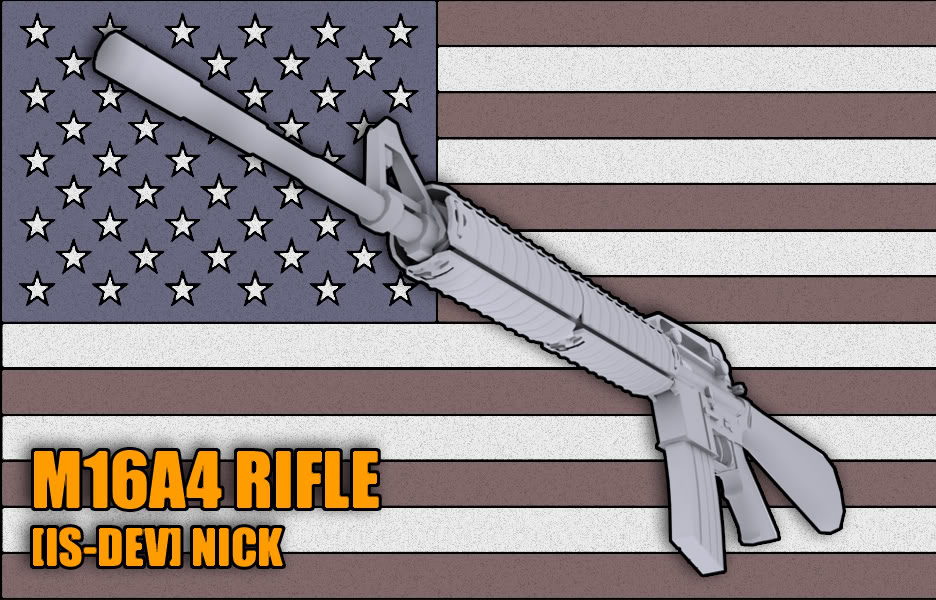 I'm sure most of you have already seen it,but this is the L85A2 w/IronSights our guy Nick has done for us,and the UK Medic will be honored to be wielding this weapon.

If you've been keeping up with our images here on ModDB,you can see the beautiful L85A2 w/SUSAT & AG36 Grenade Launcher Nick has done up for us,which we're sure you'll love.You should also have seen the L22A2 Carbine w/SUSAT in our images,also done by Nick,which the UK Heavy Weapons kit will be granted with.

Finally,here's a look at the changelog for .12 so far. Most likely will be updated with some more goodies by release.(Hopefully our SR-25 for the US ARMY Marksman kit will be completed for .12 also.)