We think it’s about time we give you some more solid answers about the upcoming re-release of Hazard Course. 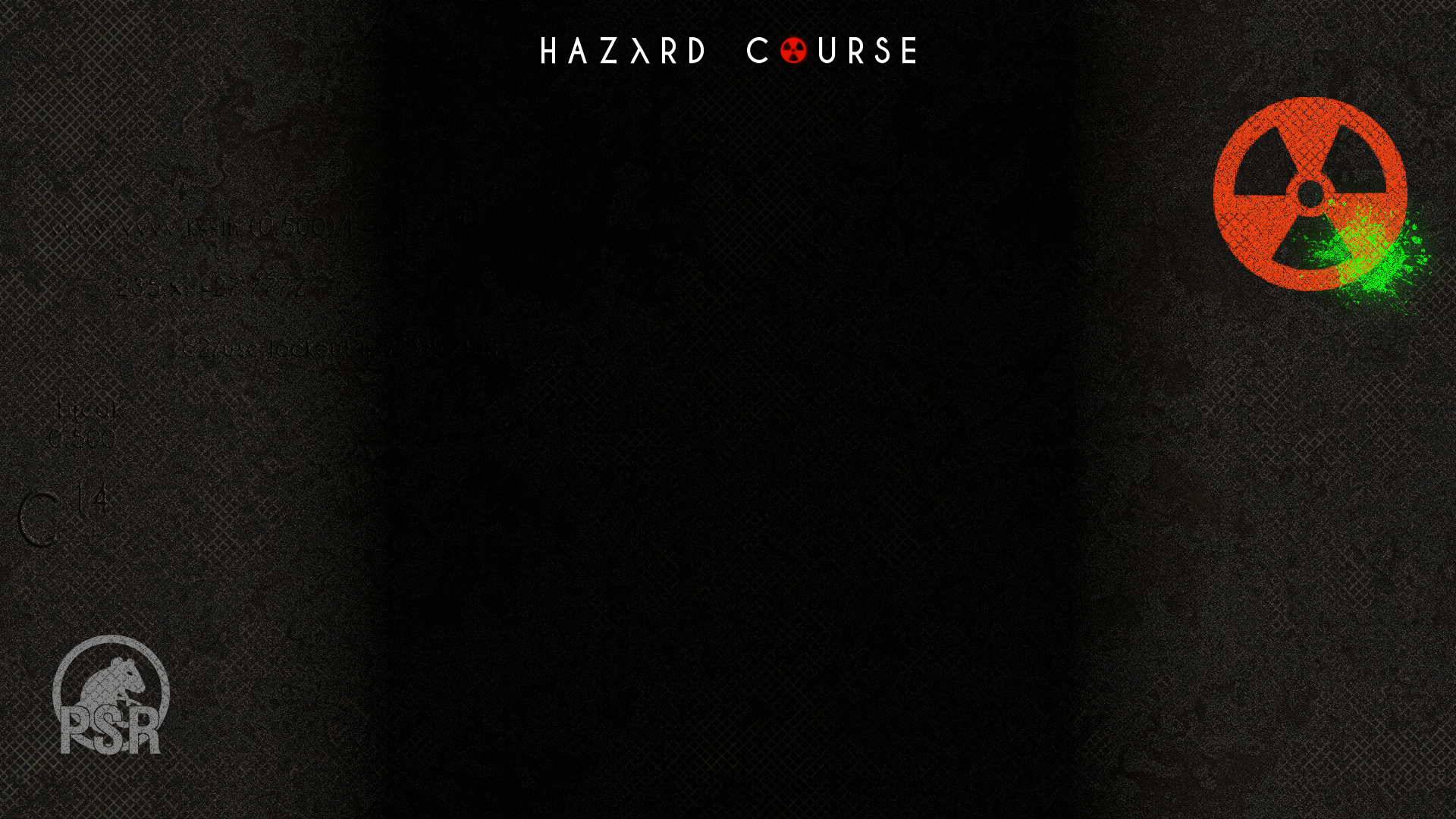 YO! What’s crackin’? We think it’s about time we give you some more solid answers about the upcoming re-release of Hazard Course. Black Mesa has officially received its final “major” update, and as we told you in our last news update, it includes a wealth of Workshop fixes. Huzzah!

So jumping straight into the juicy stuff, the upcoming release will be a Steam Workshop exclusive. Sorry, dudes, but packing up multiple installers and doing the upkeep would be a pain. The version 1 files for the old mod version of Black Mesa will remain here for posterity.

Now, let’s talk release dates. Coming up soon is actually the 5th anniversary of Hazard Course’s original release. We feel it’d be appropriate to commemorate it with the new release! That puts us at December 29th, 2020. Still a small ways off, but we’ve got a touch more work to do before we’re ready to ship this thing off to you, so it gives us some time to put on the finishing touches and keep the shackles on our testing team.

Internally, we’ve been vetting The Course and getting things working. Black Mesa’s received a heck of a lot of engine changes since we last released, so lots of random things broke, and we’re sorting those out. Almost all of the major game-breakers have been dealt with, which is nice. We can count the remaining hangups on one hand!

While those issues get addressed, we’ve got a list of additional little things that we want to implement/fix as well. Nothing we’d hold back the release on if something lags behind, but still things we’d like to look at. Some assets and areas are getting small upgrades, for instance. We’re also taking advantage of some of the new features in Black Mesa’s engine and implementing those in spots, which is a fun time. Finally, porting over the absolutely critical Five Nights at Hazard Course map is in progress. It’s all comin’ together!

It feels super good to be in the home stretch, and we’re excited to hear what everyone has to say about The Course once it’s finally in your hands. We’re feeling super confident in meeting that release, but we’ll give you guys any updates if necessary. If you’d like to chat with us in the meantime, feel free to head over to the Peer Review Community Discord server. We’ve got a special channel for Hazard Course talk, where you can chat about the mod or interrogate us if you so please. Full transparency!

See you guys next month!

Things are finally starting to look up worldwide, now it may soon be possible to replay this gem. Christmas has come early. I will see you up ahead!

Yay once released Black Mesa will finally be whole. I'm particularly looking forward to these few new enhancements and additions. Sounds like a lot of fun.

I hope you will truly find all new and old bugs that might pop up. It ain't long till December 29th. That being said I rather get a later release but therefore a perfect release. Don't push yourselves to much if it jeopardizes perfection. :)

Either way I'm confident everything will be just fine. After all you assured the Administrator that nothing will go wrong. Am I right? :)

I remember when I played BM Hazard Course the first time, I didn't even have the ModDB account yet. It was one of the first things I reviewed, and it was great, I absolutely loved it! Hard to believe how time flies :)

Jesus its been 5 years already

So it will be 5 damn years since very first release. As someone have said before me, Black Mesa is incomplete without Hazard Course, and i'm 100% agree. Great New Year present for BM fans for the second time!