What’s the everyday life of a videogame Studio like? After the first chapter of the Dragon Jam Confidential series, here comes the second one with interviews with the remaining part of the team. 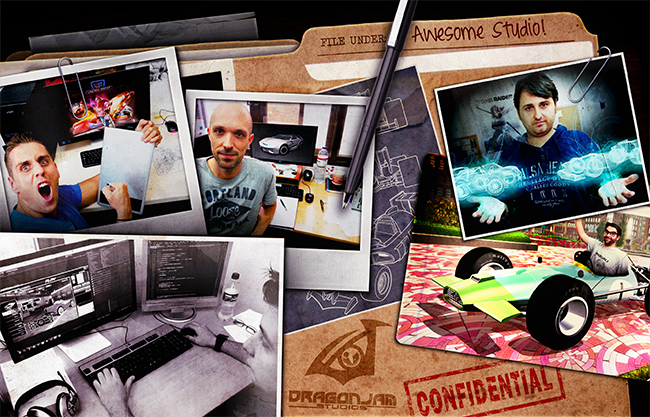 What’s the everyday life of a videogame studio like? What’s in the damaged head of the programmers? What kind of animal is Goofy?

Yes, buddies, after the first chapter of the DragonJam Confidential series, here comes the second one. With interviews with the remaining part of the team, and no, don’t say Goofy is another dog cause we’re not buying it. If that was so, then why Pluto can’t talk and he’s so dumb? 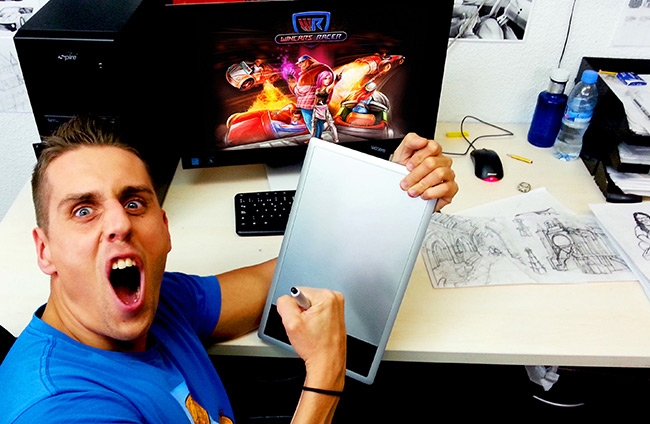 -What are you working on at this final stage of the developing process?

Right now I’m working on an illustration which is to be used as a promo image, wallpaper and/or as the home web image. Trying to avoid a bit the 3D render, it will look like a traditional painting. I hope everyone likes it as much as I’ve liked doing it.

-As the game’s concept artist, almost all the visual aspect of the game has come from your head in some way or another: circuits, cars, menus, the pilots. I imagine that these ones, being shaped as flesh and bone characters will make you be fonder of them than the rest of your creations. Please confess, which one is your favorite?
My favourite character is Marga Fuell, because she brings together the concepts of sexy, independent, tough and defiant girl in one character. I think the character is very original, with a very attractive look, and I don’t think I’m wrong if I say that she will get a good number of followers.

- You are an illustrator, video game concept artist, caricaturist, t-shirt designer and tattoo artist. Is there any other art and drawing related aspect you haven’t tried yet but would like to?

I haven’t tried graffiti yet. In fact, if you look carefully at the circuits you will discover that I have taken the occasion and introduced a few…hahaha 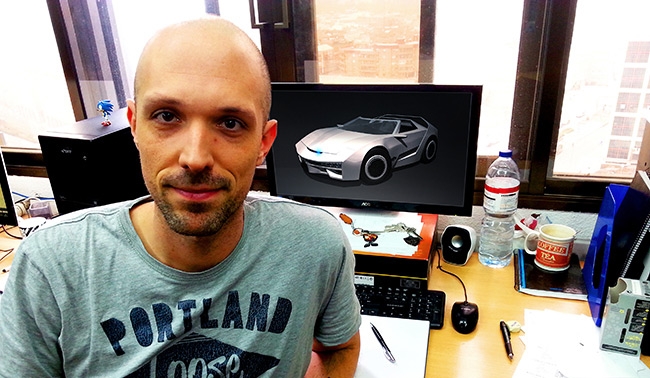 
-What have you been doing at this final stage of the developing process?

A bit of everything. These last days I had quite a lot of work with the car engine sounds, but in general, I make sure that everything in the game goes in the right direction and right now I’m immersed on the parameterization of the cars, so each of them has its own personality and is real fun to drive.

- As the Game Designer, in charge of the game’s design and also responsible for making the whole team come to agree and keep a common vision of the project. Could you tell us any anecdote in the studio?
I do the best I can. From the outside it seems like a very fun job to do, and it is, but it’s also a great responsibility. At this point we have already built a common vision of the game and everything is done on that side. All members of the team know what game they’re playing. Anecdotes? I guess there are lots. My favourite one is the story about how we got to have dinosaurs in the game. Ángel claimed to have dragons in the game, because he’s big RPG’s fan, and Jairo, as a joke, put a little dragon in the middle of Isla Aventura circuit. The thing was that it looked real good in that place and I decided to put a t-rex in its place. Finally, all the team together convinced me that the dinosaurs had to be alive. And here we are, we finally ended up including dragons as well. 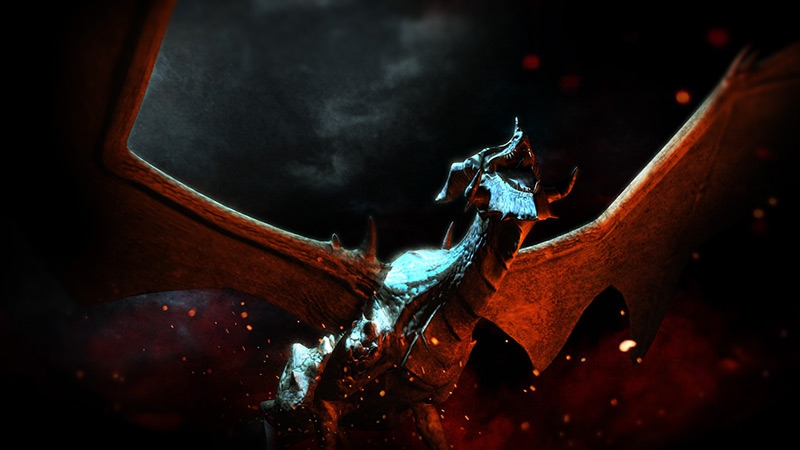 To finish, a couple of questions that our followers made us through social media:

Why won’t I be able to play Wincars Racer on my mobile?

It’s an online game and it’s impossible to get an experience like a game pad or the keyboard control on a touch screen. We could make another game for mobiles but it would never be Wincars Racer.

-I think all developers are inspired by some game of our childhood or some film, what was your inspiration, Out Run? Any other?
Being honest, Out Run is a game I’ve always had in mind when it came to design Wincars Racer. Not as much for its control as for the sensations it transmitted in its time. Also the skidding in Sega Rally, the crazy and addictive races from Mario Kart. At the end of the day, it’ just about offering the same hectic and addictive playability that these games offered, adding some new ideas. The best of all is that we believe that we are in the right path to achieve it. 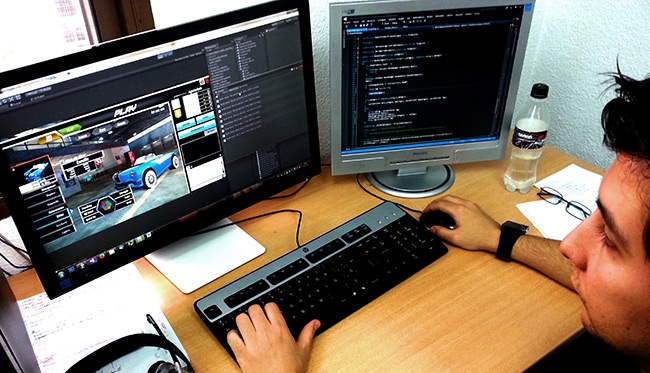 -What have you been doing at this final stage of the developing process?

I’m busy working out how to solve game and above all interface bugs. We have less and less time left before the game is released and we want everything to be really nice and smooth. I promise everything will look in the best way and players will be able to play in the nicest way possible.-

You’ve been the last one to join the DragonJam team, for this reason you have a different point of view from the rest. How would you define the team you found when you arrived?

A very close and lively team. Everyone in his own way is really in tune with each other resulting in a very nice work environment. Truth is that it’s been a joy to find this good vibe in the studio, and thanks to the help of everyone this has helped me catching up and feeling like one of them in the team.

- Besides Wincars Racer, you have also been working on another game for a while, Lost Signal, finalist at this year’s Playstation Awards ceremony. Can you tell us something more about the game and how you lived the gala and the prize giving ceremony?

Lost Signal is a 3D graphic adventure with a little more action than what’s usual in this genre. Apart from this, it has a deep plot and a compelling design. As a hint I will tell you that lights and shadows are very important in the game. On the other hand, the Playstation Awards were a great experience. We experienced the ceremony with a lot of excitement and we were very nervous, but also with satisfaction for having got so far with our game. The team is very proud of its nomination for Best Art. We are happy about what we have achieved and determined to continue working in the project. 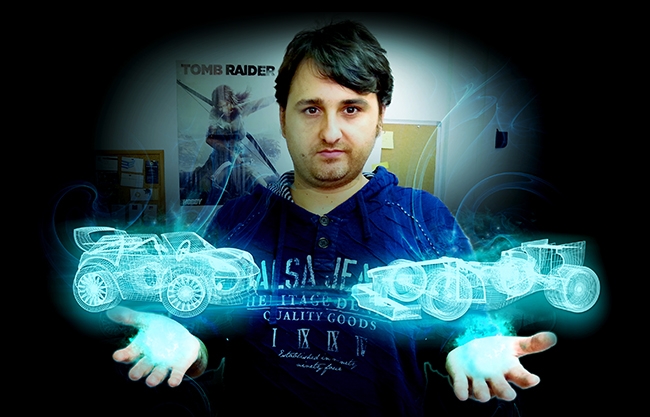 DragonJam Studios is the second company to embark on this project. The original idea was a karts game aimed at a younger audience, and with a much more limited development. This first failed attempt didn’t turn out well and when DragonJam decided to take the challenge, we wanted to give it our own personality, creating a game in which you had your own race cars team with a variety of cars and pilots, in which arcade driving and the ability were the key to win, and that was packed with elements to make it fun, like the tournaments, special abilities, four different circuits, team mode, etc.

And so here we are, with a beta version about to see the light and full of illusion.

- Your career as video game programmer goes back to the times of your first MSX. Could you explain what changes you have seen since them when it comes to produce a video game?

Those were good times. Spain lived a sort of little golden age for videogames development, where one or two persons could create a game and put in the shelves of a shop. I know because I was ten and I was a regular visitor of those shelves.

Since then and up to recent times, the videogame market has been cornered by the big studios, and budgets for financially viable videogames have risen stratospherically, making it very difficult for a studio to just get by.

However, in the last few years it seems like there’s a rebirth of the indie scene, it looks like the audience has gotten tired of the bigger names and is eager for more daring and novel titles. In addiction, the available tools for the development like game engines are much more accessible now, taking us to a worldwide golden age of the indie videogame… yeah!!!! 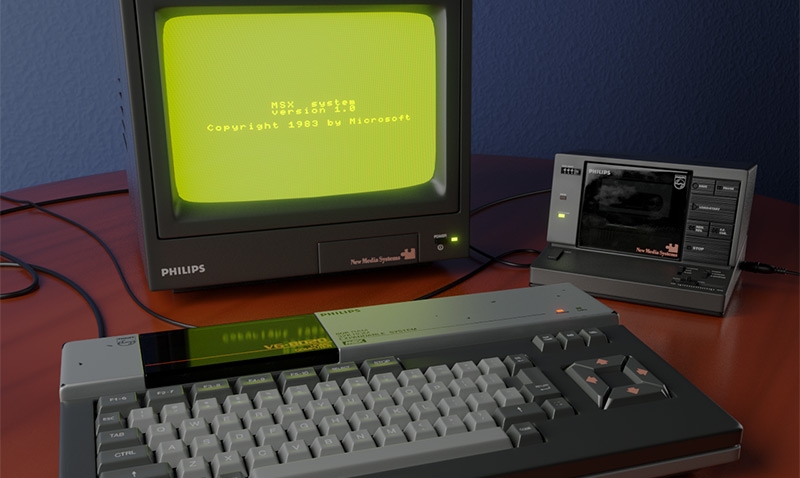 - Currently there’s a lot of demand for information relating to what skills, qualifications o experiences are needed to work professionally on video game development. You were the first to start DragoJam, could you tell us what do you value the most when hiring someone for your team?
A videogame development team is a multidisciplinary team, for this reason each area has its requirements. Even more, inside each area there can be very different aspects requiring different skills and knowledge: as main developer of the game, effects developer, multiplayer developer…

As a general rule, at DragonJam we focus on computer engineers for the positions of developer and fine arts graduates for 2D and 3D designers.

However, without a doubt, the best professionals are forged in the Master in Video games Developer,
which apart from training students in video game development allows all disciplines to merge in the same place. 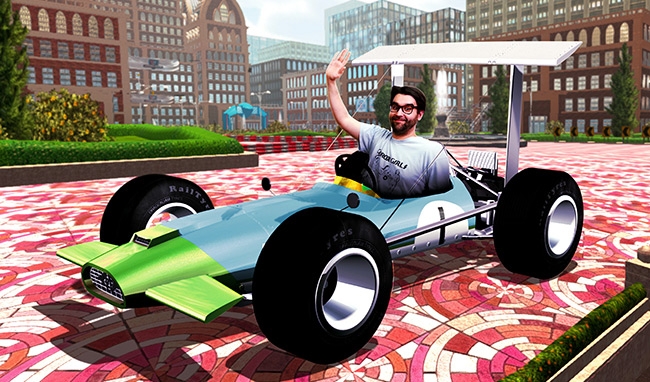 
Well, now it’s my turn, and because it feels awkward to interview myself, I have decided to tell my impressions about the day to day life at a video game studio in first person.

Maybe certain readers of the blog are astounded by how much we talk about what it’s like to work in a videogames studio, but the fact is we get lots of emails and messages through Twitter and Facebook asking about this and asking for advice on how to walk their first steps in the industry. We are living a true explosion in the development of independent videogames at world level, and software with free licenses like Unity 5,Unreal Engine or Source 2 are making it a lot easier for smaller studios, even one man operations, to create wonders like Fez, The Binding of Isaac, Octodad, Braid,Guacamelee!, Shovel Knight and many others. 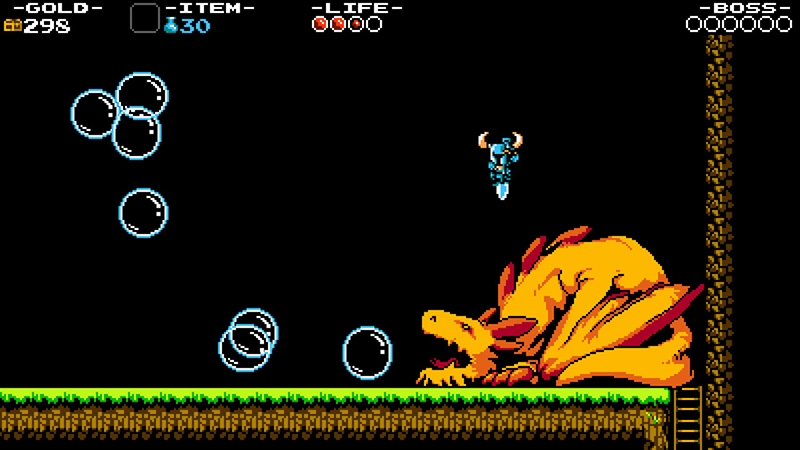 My best advice is the same we have applied when creating this post, opening our doors: share all the knowledge you can, and keep a good and constant relationship with people from the industry. Beyond the academic training and natural talent of any individual, which are both very important too, this industry because of its changing and technological nature, needs us to be constantly learning and studying, and keeping oneself motivated is basic.

That, and playing a lot. Never losing sight of the player’s view is fundamental. Often being so many hours behind the screen programming can make us lose.

So remember, buy a latest generation gaming PC without feeling guilty for the money spent, it’s for your future!!! 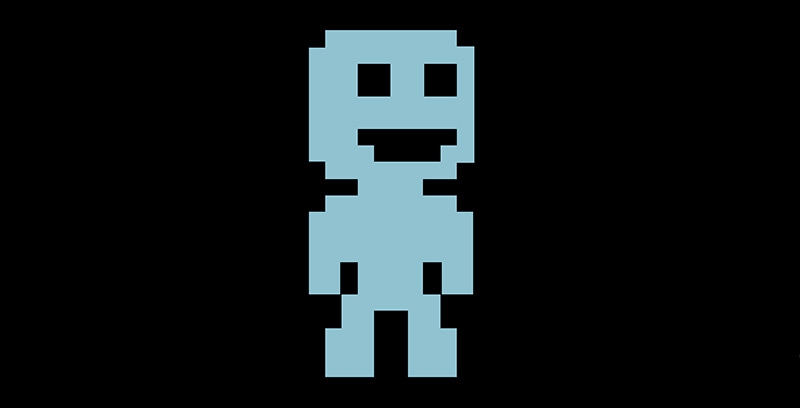