Our Founder Dean Day has an interview with SU Productions for their Indie Dev Spotlight!

Dean Day from our very own Greenlight Games recently had a video interview with Space Unicorn for their Indie spotlight on YouTube. In the interview he talked about Greenlight Games current project, Gombies, the thought process behind the company name, what to look forward to from Greenlight Games, his thoughts on the current Indie scene in the world, and a bit about himself. Read on if you want to sneak a peek behind the mind of one of the founders of Greenlight Games, and if this looks too long for you to bother with, there is a summary at the bottom right above the video.

Greenlight Games currently has three different development teams. Two of them are in mobile game development, and the third one is currently tackling Gombies. Gombies is the biggest project currently being undertaken by the company, and has already overcome several obstacles and setbacks.

Gombies is quite simply geeks and zombies. With inspiration from Left 4 Dead and Alien Swarm, Gombies is made to be a tactical experience that makes players think. Currently there is a 3 player co-op story mode that can be played through on single player, with other modes that will be available, like a swarm mode. Players won’t be able to just run through the game and empty clips at the enemies and survive. With limited ammo, players will be encouraged to use stealth to avoid fighting as much. It won’t just be sneaking behind and around enemies; it will be taking out a few quietly so you can advance. Of course, players will get a melee weapon they can use, and that won’t run out of ammo.

The Gombies are very different from ordinary zombies. Instead of a bite or an airborne virus, the populace was infected by a computer virus that was made to project into people through screens (computer monitor, phones, T.V.’s…etc.). A company created the virus so that they could control people and force them to buy more of their products, but something went wrong. The virus didn’t work quite right, and ended up rewriting the DNA of people. It took over their minds, but also turned them into monsters. There are three types of Gombies, green, red, and blue. Green Gombies are the ones that were only lightly infected, like they were looking at a T.V. in a store window when the virus infected them. Green ones have only slight mutations and are very stupid, but like with other zombies they are deadly in large numbers. Red Gombies are more intelligent than the Green ones, but very brutish. They are mutated more by the virus, and made incredibly strong. They can also get the Green ones to horde around them when they call, so they act as a sort of leader. Now, Blue Gombies are very different. They are incredibly smart, and have been completely taken over by the virus. Now, this means that they have no mutations, because the virus was never meant to mutate people. It also means that they are completely under the control of a master computer, and it can completely dictate their actions to fulfill its needs. 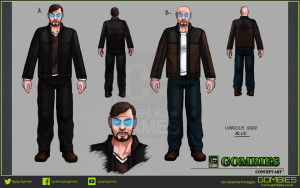 Gombies is currently in the process of being approved for the Xbox. Greenlight Games just needs to send in a working demo and trailer to see if Microsoft still has interest in the game. However, there have been a few problems along the way. The game was originally made in Source Engine, but there was not enough support for them within the engine, so they switched to Unity. They redid a lot of stuff, and got a lot accomplished, but then Unity 5 came out, and once again they had to redo a lot of their work. This has been tough on the company, but they have pressed on, and are well on their way to an Alpha demo.

Gombies is planned to have about as much play time for the story mode as Left 4 Dead, which is about three to four hours. He is also thinking of asking a low price for the game, which would be about five pounds. He also explained that it will take about fifty thousand pounds to make Gombies, but if they did a Kickstarter campaign, they would not ask for all of that. Greenlight Games would trim it down to just what the cost of making the game would be, not including salaries or other things like that. However, he is wary of crowdfunding Gombies, because if it fails, it could kill morale and with that the project, but if it succeeds morale would raise, and they would have money to finish the game. He also mentioned that the main reason for Gombies to crowdfund would be to get the name out there so more people know about it.

Now Greenlight Games, the company name, which was chosen well before Steam Greenlight came about, was not just randomly chosen because of how it sounded, but a deliberate and thought out decision. When the company was started, they did want to make Indie games, but they wanted to do more than just that. After some talks, they agreed that they wanted to help other people in the gaming industry, especially students and recent graduates. As anyone who has gotten just about any college degree will know, it is very hard to get a job in your field straight out of college. Greenlight Games wants to help people make that first step into the video game industry, or in other words be “a gateway for independent developers.” In the interview, Dean added later, “Instead of keeping the door shut, why don’t we let other people come and work with us?” They wanted to give people the “green light” instead of rejecting them. That way fresh developers could get a real experience working for a real game company.

Dean started gaming on the PC, and used to have both Xbox and PlayStation systems, but switched to just the Xbox after the social experience on the PlayStation let him down. He is a huge fan of Command and Conquer and many of Valve’s games. He said that he loves strategy games and is a fan of first person shooters. As for his background, Dean almost got his degree in Computer Science, but it did not seem like something he wanted to do, so he switched into Game Design and Development. He has built his own PC, and knows every single part of it inside and out. He even has experience with sailing and speed boats, along with being a scout leader for eight years.

Dean loves Indie games, and thinks they are amazing. He thinks that several things have really helped Indie companies lately. Crowdfunding, like Kickstarter and Indiegogo have been a big boost. Lately there has been more of a media spotlight on Indie games. AAA gaming companies have also made a lot of mistakes, and even released games that have been barely playable because of how many glitches and mistakes there were. On top of the mistakes, people are paying a bunch of money that they won’t be able to get back, even if they hate the game. Indie games on the other hand cost a lot less usually, and are more open about what the game is like throughout development which helps them from releasing in an unplayable state. YouTubers and Twitch has also really helped Indies. They help put small games into the spotlight, even if just for a second. Of course, Dean is unsure of the future of Twitch. With all of the new rules and restrictions, he isn’t sure if it will be able to survive. 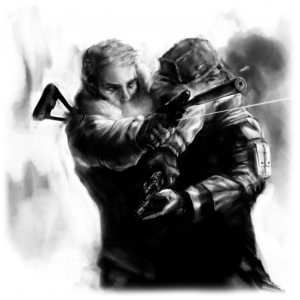 Of course, Dean also talked about a project that he seemed very passionate about. The game is called, The Contract, and is a mix of James Bond Goldeneye, Hitman, and Splinter Cell. Right now they do not have the budget to even be able to think about making the game with how large it already is with the work they have done on it, but it is his goal to be able to make that game.

All in all the Space Unicorn interview with the head of Greenlight Games, Dean Day, had a lot of good information, but is almost forty minutes long. I understand that some people don’t want to put that much time in to watch a video, let alone read this long article, so here is a very brief summary:

Dean Day talked about Greenlight Games current big project Gombies (geeks and zombies), including the three overarching types of enemies(green, red, and blue), the digital virus that started the mutations, how they need to make an Alpha demo for Xbox, setbacks they faced switching engines, and why they may not crowdfund. He also explained that the company name was chosen because they wanted to help student, and any other developers really, get experience in an actual game company. Dean explained why he thinks Indie games are doing so well now, because of things like YouTube, AAA companies releasing broken games, and more media attention being paid to them. He also spoke briefly about a game called The Contract that he wants to be able to make in the future when they have a bigger budget. Lastly, Dean talked about himself, including his custom built PC, why he switched from a computer science degree, and his experience boating and as a scout leader.

You can view the complete video on YouTube here: