A look at the Chevau-Legers Polonais of the French Imperial Guard.

Today we'll take a look at Chevau-Legers Polonais de la Garde Imperiale, some the most elite cavalry in the French army.

Originally created in 1807 by Napoleon to serve as an elite bodyguard recruited from the Polish nobility and landowning classes, they were unquestionably the most famous cavalry regiment of the era and frequently cited as one of the greatest of all time. The Polish Chevau-Legers proved their incredible aptitude for combat time after time at several of the period's major battles.

Their most famous exploit was probably at the 30 November, 1808 battle of Somosierra Pass, where the Spanish had set up a desperate last attempt to halt the French march on Madrid. A single squardon of the Polish Chevau-Legers charged the Spanish army, artillery and all, head on and captured all four of their batteries. Though half the squadron was killed or wounded in the charge, they carved a permanent name for themselves in the annals of history.

In the 1809 war against Austria, they saw action at several of the major battles of the Austrian front, including Aspern-Essling and Wagram. The most noteworthy battles of the war.

In the mod they'll be available to French officers recruiting in Poland. They were only armed with lances (thus their better known name, the 'Polish Lancers') after the War of the Fifth Coalition, so they serve as light cavalry in the mod. 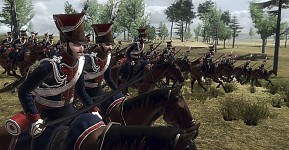 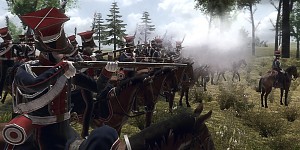 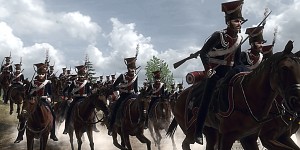 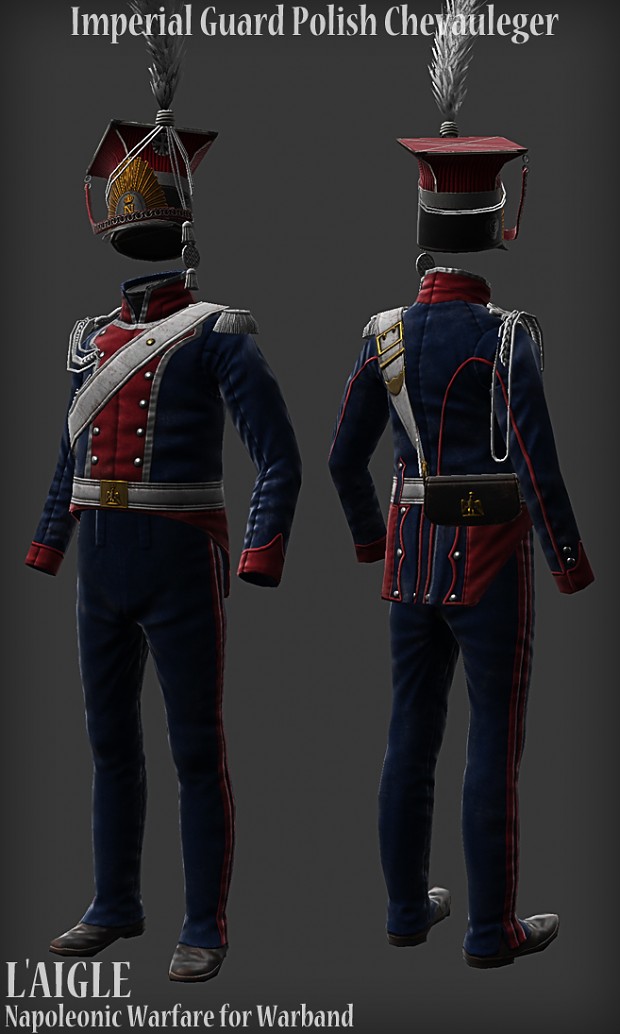 Thanks for reading. Hope you enjoy.

Is ther a german translation in the mod ????

i dont think so.

Oh yeah that's what I'm playing as!
By the way is there a chance to choose a Polish background?

I always love to read the little history attached to the updates.

Its been years, whens the ETA?

Mount and blade 2 Bannerlord will come out before this mod does!

Stop teasing us Please release an alpha or a beta!

Alpha is now out! Go get it!

This is simply outstanding, I am literally impressed by all of the units.
It looks like an entirely new game, Napoleonic Wars has NOTHING on this.
You have my support sir, take as much time as you need.
Great work cannot be rushed.

just saying this is hands down the most visually appealing mod i've come across, the amount of new content is also just amazing

Has been nearly a year... News? This mod seems amazing! Please don't abandon it! If you release L'aigle soon, I shall give you COOKIES fit for the GODS!

when will the mod be made available

If i could wish one thing from you, it would be to release at least one screenshot each week. It doesn't even need to have new stuff in it, just a new picture! Of the campaign map, in the midst of battle, unit standing on the fortress wall... anything. Something that could make my day more often than once a month. I would be very thankful.

give em the lances man