Today, we’re proud to release few pictures of the most important town in our modification: Alesbourg, capital of the New High-Rock kingdom!

It's been three years since Skyrim's release, three years that a beloved modder, called Arkanikorde, has started a project that is crazier than him.

This project, as you know, is ‘'I am the King!''. Thus far, the mod's progressed, various developers joined the team behind it, and a whole community was created. Since the beginning, the mod became more popular each day. The content, the background behind it evolved. During last MOTY's, our project has managed to reach the ‘'Top 100'' thanks to our community. You are the kind of people who motive us each day.

Thanks to you we were able to do impressive things, because we wanted to do it for you.Nowadays the project is good, decent, and has a content which fits to our standards. Of course, we'll be present for the upcoming MOTY awards, and we hope that your support will be with us as well this year.

Today, we're proud to release few pictures of the most important town in our modification: Alesbourg, capital of the New High-Rock kingdom! 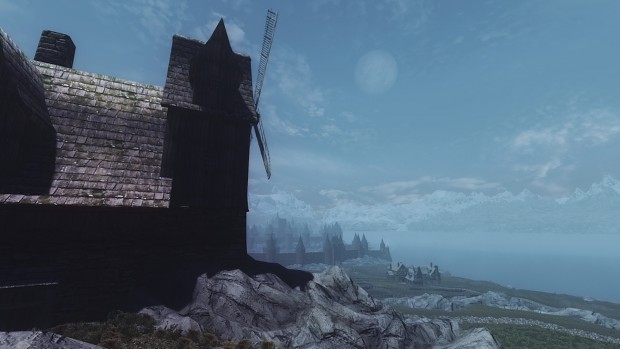 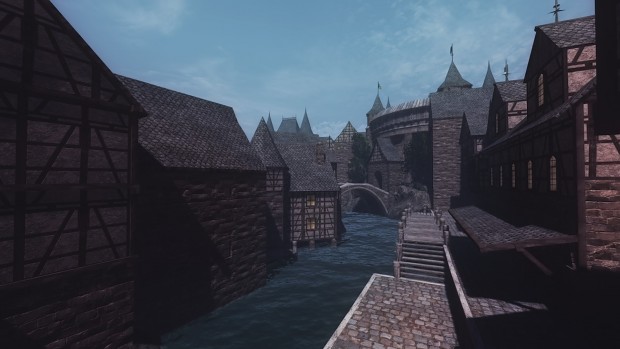 Please notice the work is not finished, so you could expect further modifications on it.

It's too clean, I mean you should modify the edges of the buildings as if a brick was missing.

Hi, under screens is this :
"Please notice the work is not finished, so you could expect further modifications on it."

This is great! looks great as well, i am a HUGE modder on pc.
Fallout 3 and NV, skyrim, borderlands, dead island, COD. you name it ill try it and i am looking forward to this SOOOO much. i use nexus and alot of their mods have gotten small and petty like little tweaks, but this... WOW and needless to say i was shocked that this was posted so recently as well and is being worked on now because when i first saw it i thought it was a project that had been shut down. I wish you the best of luck and hope everything comes out smoothly and def look forward to modding it up with this!

I am the king ! Elder Scrolls V: Skyrim
Related Games