Post news RSS HYPERNOVA: Where did it come from?

A long time ago, a small group of brave people started a journey to a distant world never seen before.

Well... it all started in 2014. At that time we were involved in the development of several PC/Mac titles for different publishers but none of them was going in the direction we would have liked. Most of the games we did belonged to the genres of simulation or management/economy. But we all have a background in first/third person action/adventure game development (PC, XBOX, PS). We were looking for a challenge, something new and exciting, something that we would enjoy making. So we started to toy with the idea of creating our own IP and making a game out of it. 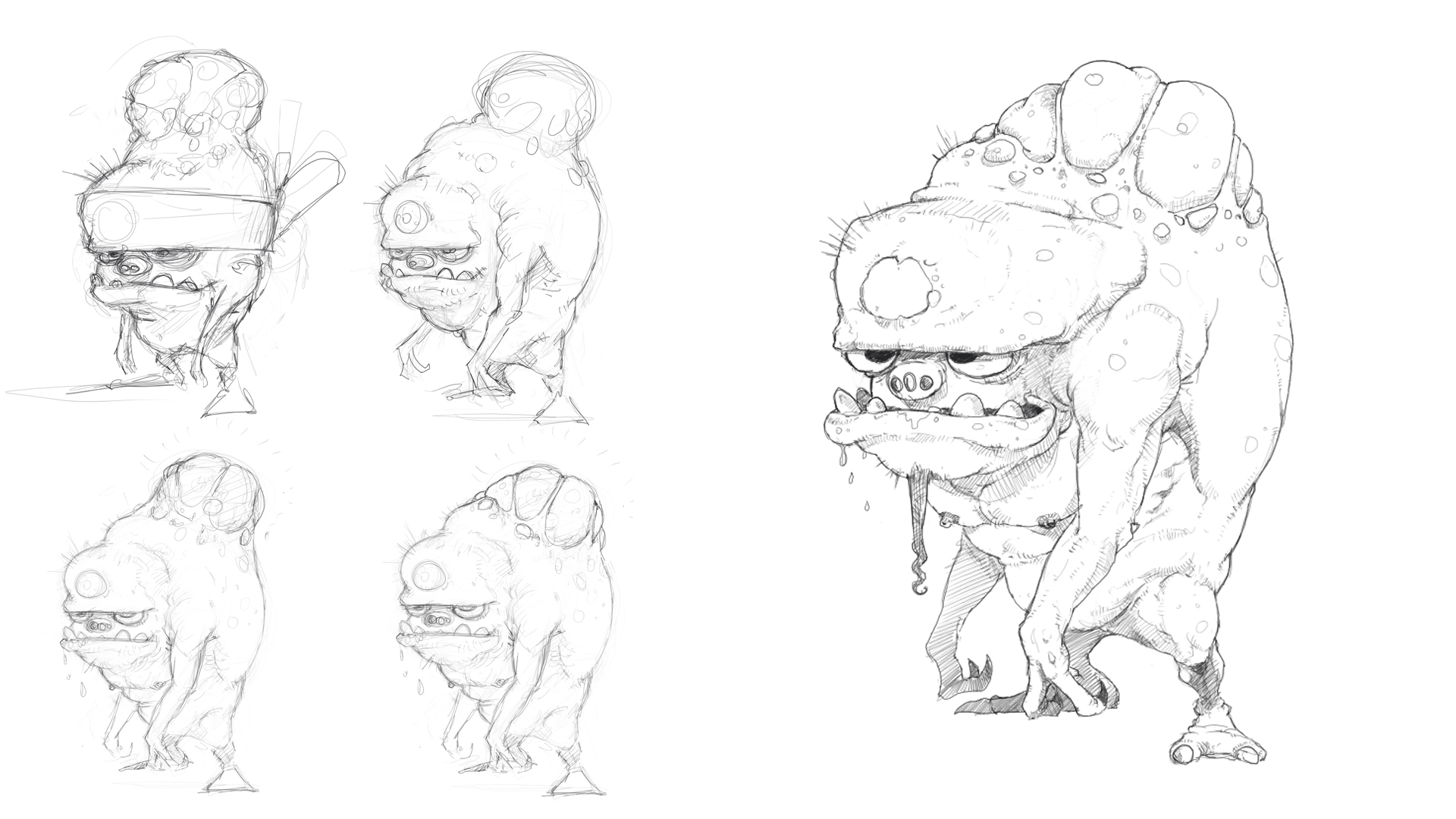 ActaLogic is not a large game development studio, so we were planning to make a small project suitable for our team size and could be developed in a “financially” bearable timeframe (11-18 months). We came up with the idea about a game combining classic RTS elements with a “less complicated and more flexible” tower-defense gameplay. Real-time strategy games are something that we really like to play and make - well, most of us :). At the time, the game was named simply “Escape”. 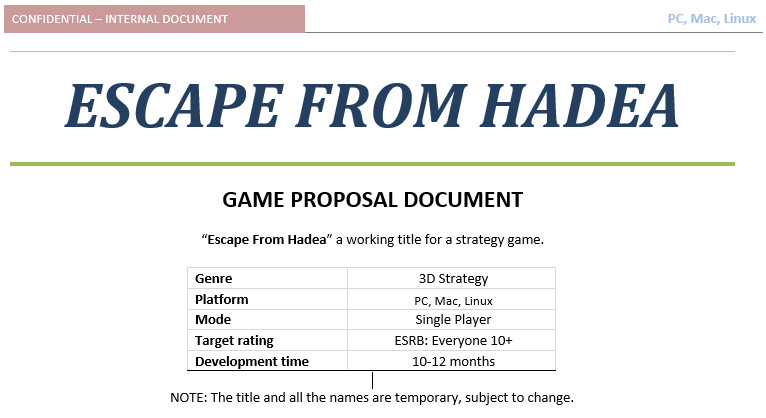 We started with the GDD (game design document) in the beginning of 2015 and with the initial prototyping sometime in October of the same year. We could allocate only one programmer and one artist to this project, working alone for almost six months. After that period, other team members started to join in, one by one. When we finally completed all other projects, around September 2016, we moved the entire team to the HYPERNOVA project, still working on it until today, one month before launch! 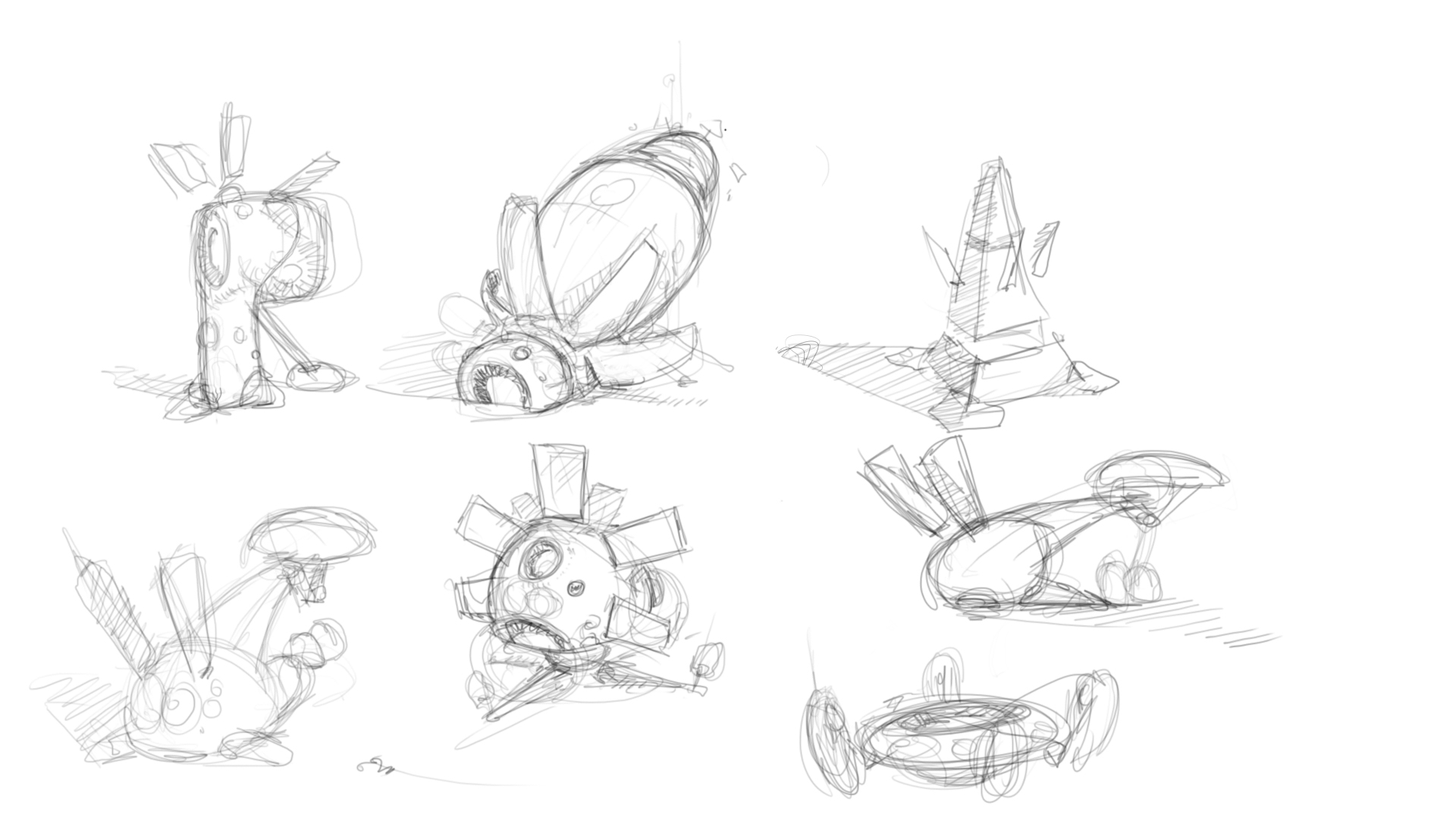 From the first sketches... 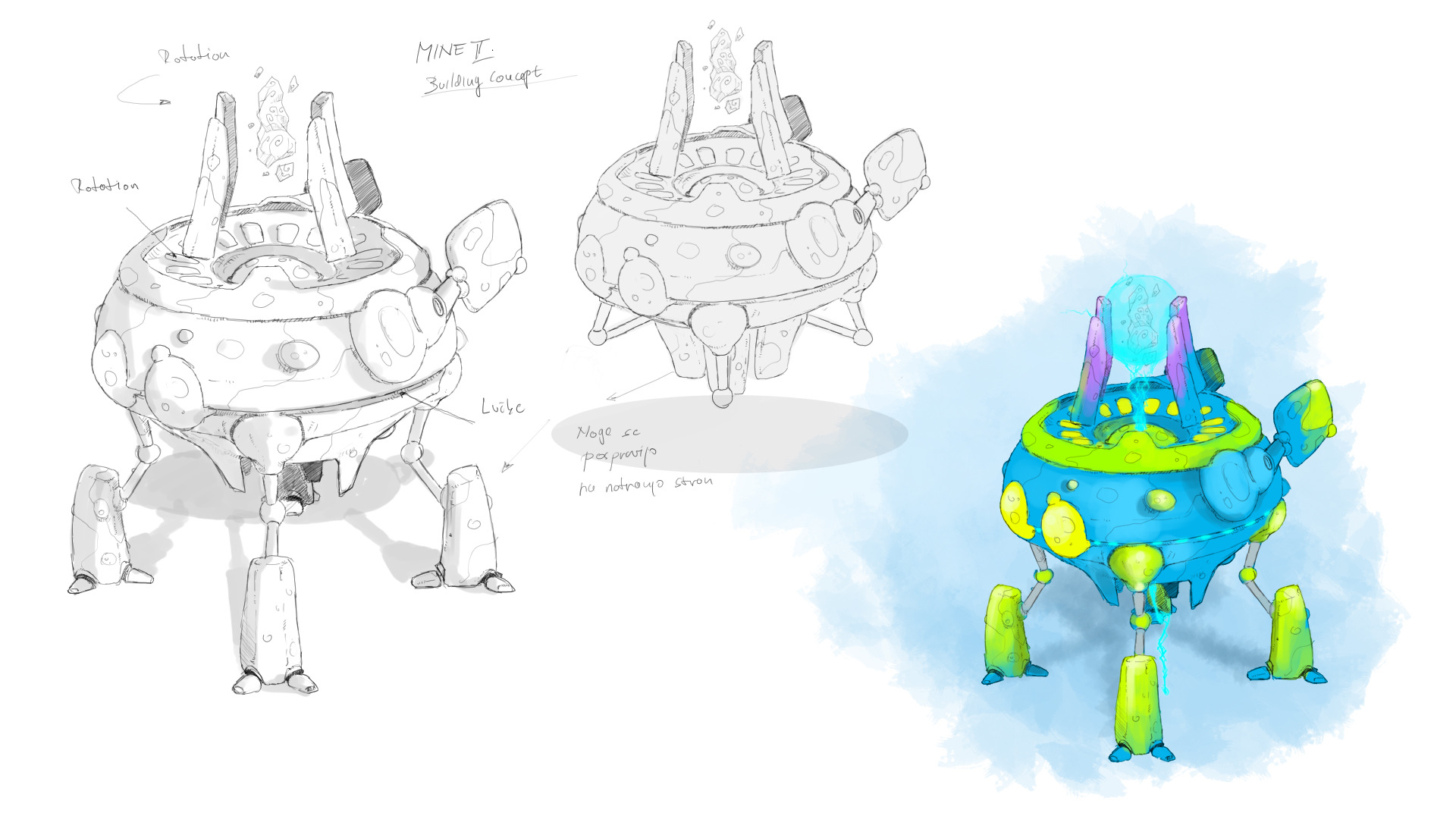 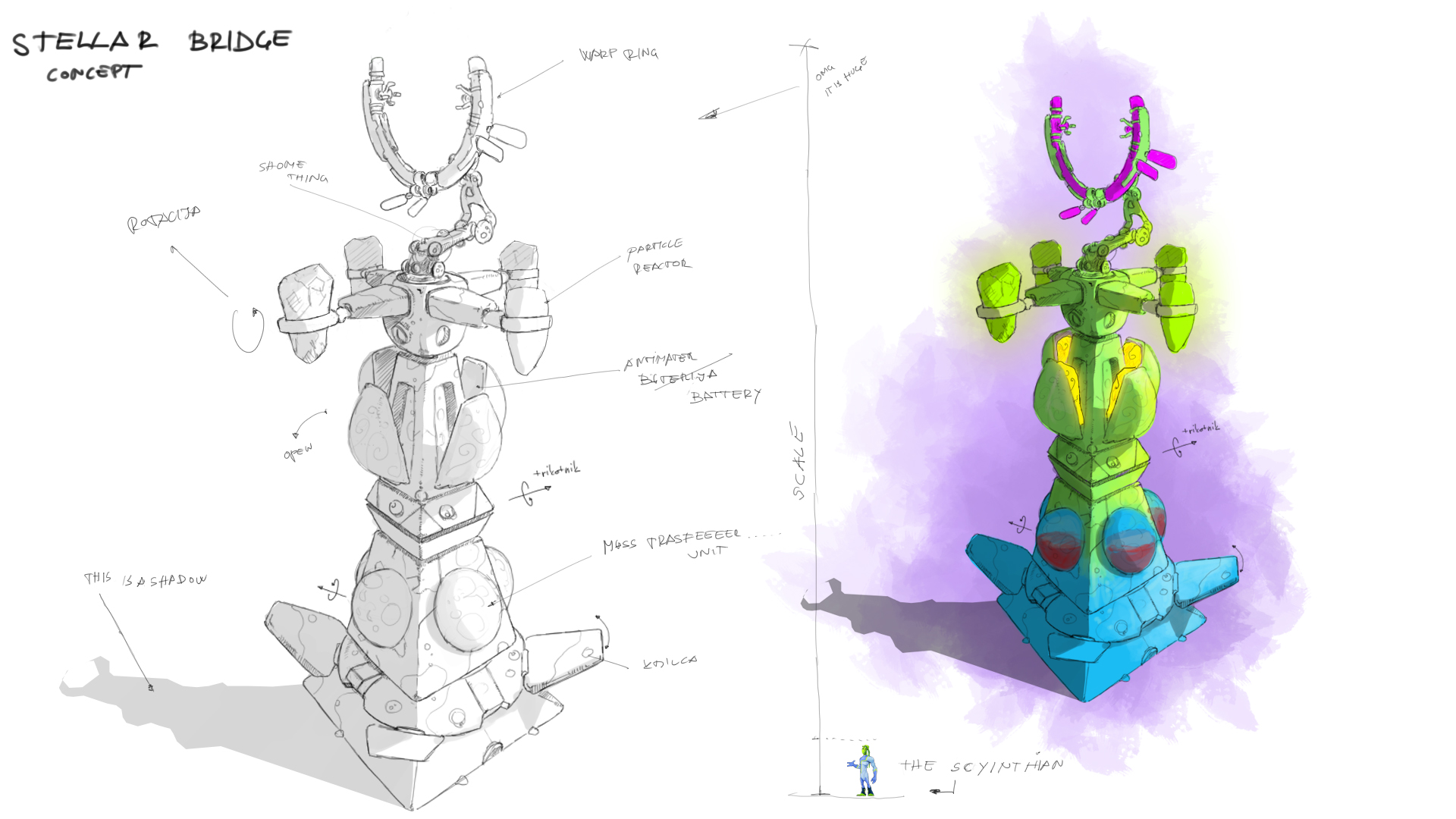 “HYPERNOVA: Escape from Hadea” is basically an open-world single-player RTS, with all the typical RTS elements like resource management, technology research, buildings, colony expansion and exploration. Of course, it wouldn't be a strategy game without conflict and battles. However, instead of dealing with classic incompatibility issues with your neighbors, we decided to take a different approach: you against the planet.(It’s actually a moon, but that doesn't change the core concept :)) The player fights wild creatures living on that moon for ages. They are not an intelligent race, but are very protective, fearless and not keen on new visitors (meaning: YOU!). On top of that, the player has to deal with the environment: corrosive fog, volcanoes, floods, meteors. 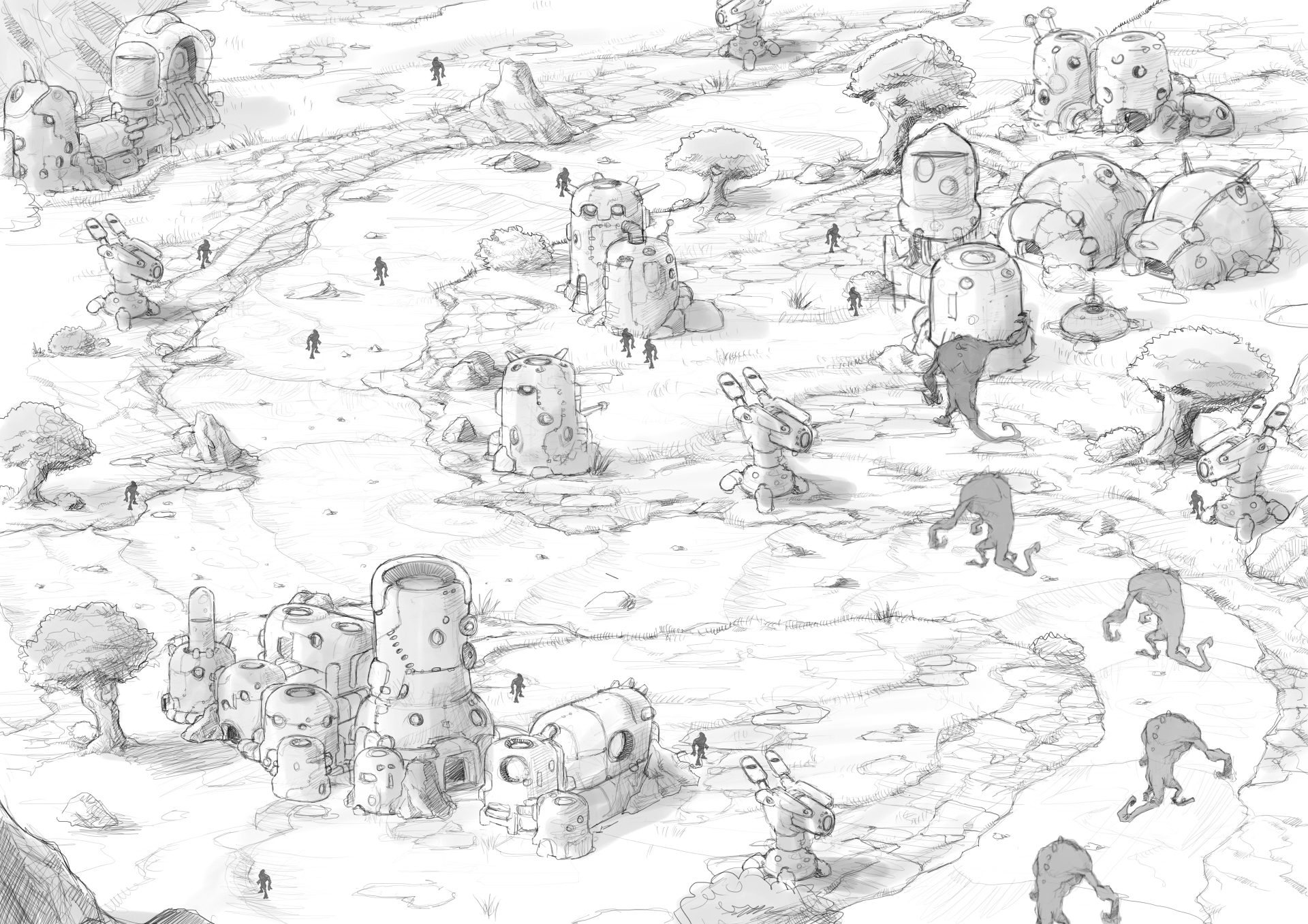 To defend himself or herself from the nasty creatures, the player has to build a tower defense system that can automatically eliminate endless waves of hairy beasts, ready to chew his or her face off at any time. 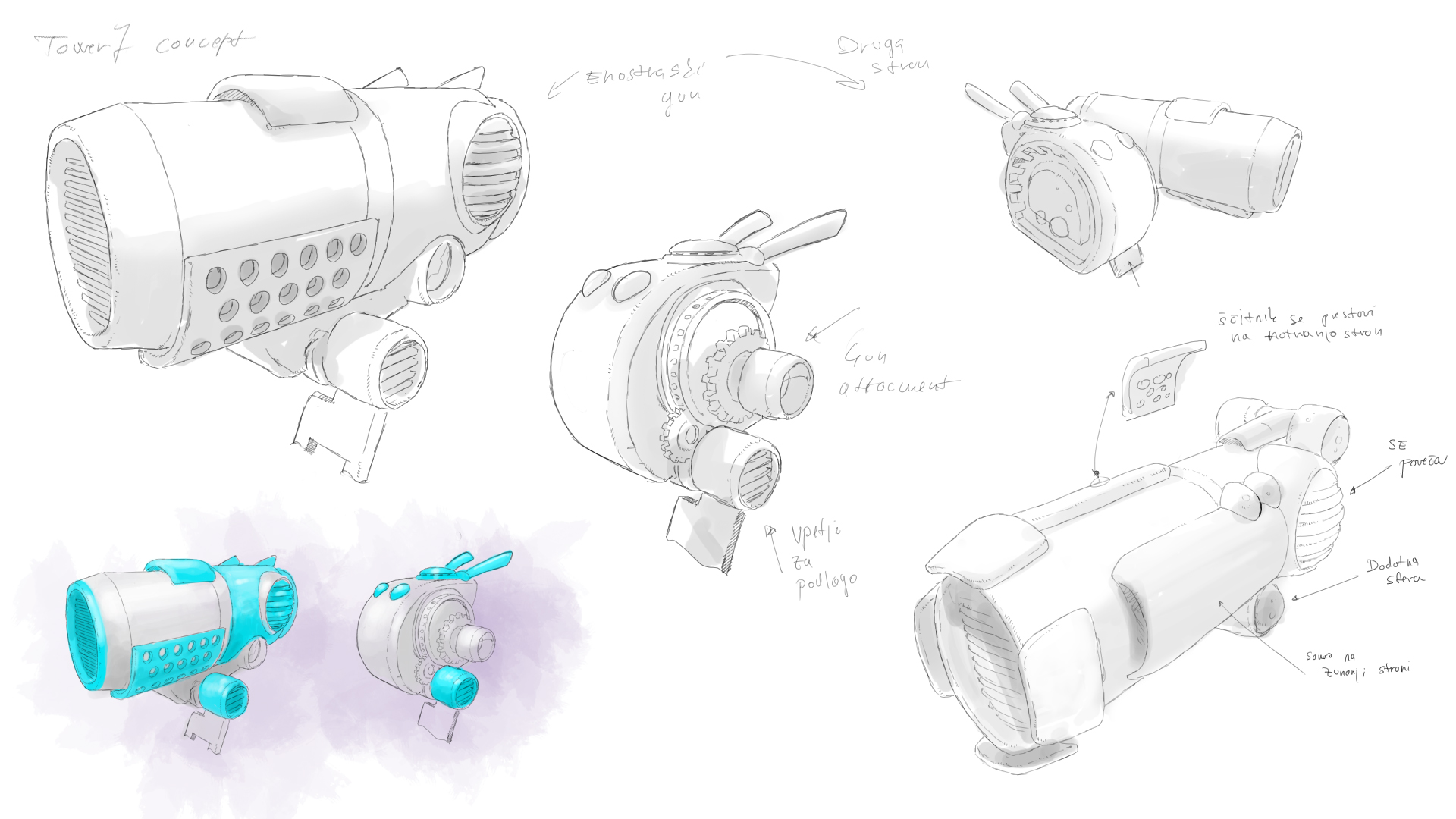 The point of the game is to save an alien civilization, the Scynthians, from extinction by evacuating them to another galaxy before their star Naidira goes Hypernova. The game has four main goals that must be achieved in order to complete the mission: 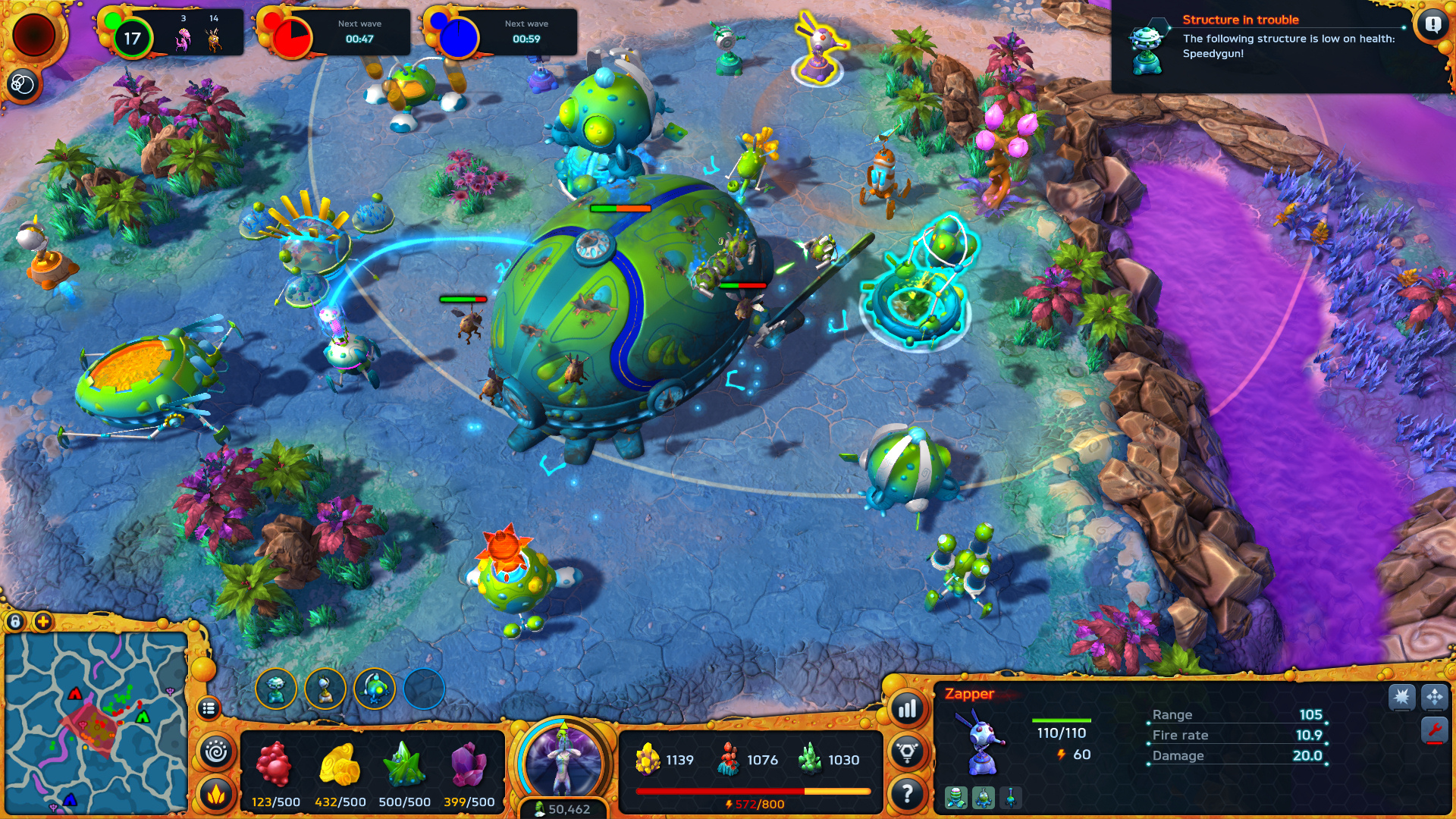