I have such wonderful and terrifying things to shew you! Go ahead! Look, man, look!

Spooky, huh? Well it's merely a taste! Greetings, one and all! It's story time!

I've been rolling like a...steamroller or some such - hacking away map by map, enemy by enemy, light entity by light entity - hacking away at this mod - At, dare I say, a feverish pace? It may well be finished ahead of schedule. That is the best case scenario and it is fairly probable. The brass tacks? The game will be quite short, but will feature varying types of gameplay, some of which I intend to be conducive to encouraging the player to make a sort of bond with the NPCs. (Pvt. Barnaby and Mr. Trask)

Escape (i.e.: pooey your pants running and evading - all while trying not to slip on what drops out of your trouser legs.)

Altogether, there will be seven (7) enemy types, including a final boss; which will be large, antagonistic and scary, as most bosses typically are and should be.

Now for some additional fun! 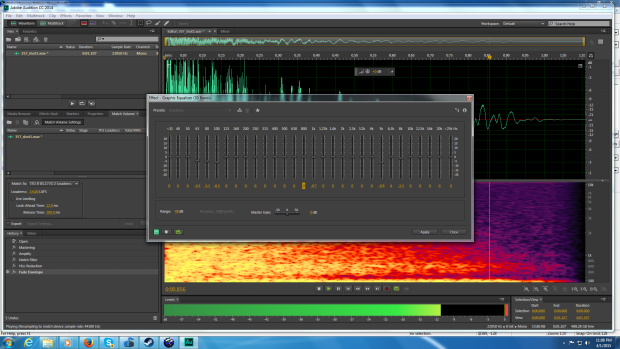 With your old pal Half-Rats...magical things are possible - like the ability to see sound. Here...look...see it. Doesn't sound as good in 8-bit @ 22Khzps, but it looks stunning...Much akin to a fiery outburst of magma (Which is now lava) that represents my creative spirit and other such wonderful things. Well, that was a strange and effusive thing to say...passing on...

Now for some scant scenery... 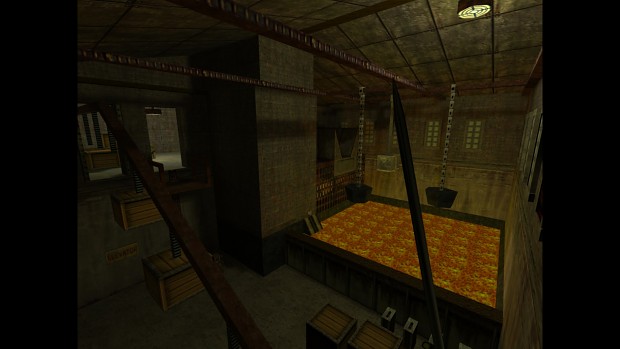 The Detroit Stove Works. Don't fall in, you big, dumb jerk!
And that's all for now. Don't want to give everything away - what would the council say?

Now, before I go back to life, hear this! I would once again like to thank the community for the support, as well as those who have been helping me work on this project by lending me your skills. I'd also like to thank the sages of Goldsource for the advice and assistance in troubleshooting. Without all that, I wouldn't have gotten this far! So thank you!

Now, for the picture of the day: 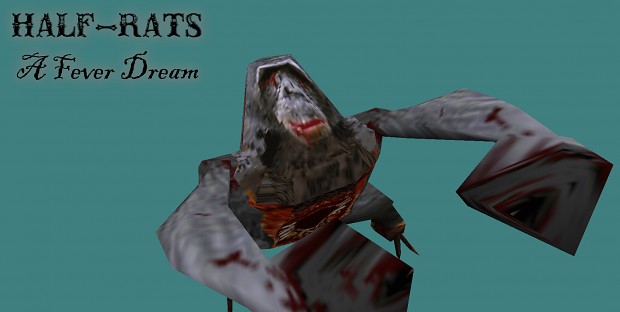 I feel obligated to give you a creature shot this go-round since I didn't the last time.

Ohh! So kawai! So angry! This mod will be packed full of undead chimps. You will attempt to fight them, and they will, in turn attempt to fight you. In the form of ripping the meat off of your bones and beating you mercilessly. Enjoy! I have some books from the 1870s to catch up on.

Can't wait to play this!

Well that creepy... Thanks for nightmares !

I always wondered how to record the sound of gunfire weapons for games. The sound of a real weapon, that's cool!

the headcrab is a nun-zombie-baby?
(p.s: nice revolver bro)

Oh, man! It DOES kind of look like that from this angle.

Right now, we compare GldSource horror mods with 'They Hunger'.
After this mod's release, we will compare them with 'Half-Rats'.

The commitment and the work you put in this mod is really remarkable. I really haven't seen this kind of work done for a mod for quite a while now, congrats! I never waited for Halloween, since it's not a holiday in my country, but I am eagerly awaiting for this year's night of horror :) ! The best of luck man!

Well, those are some mighty big shoes to fill, I hope I can do it. My goal is to give all of you something fun and a little scary to play - as well as introduce the world to Half-Rats as an interactive experience, rather than just a time-traveling musician. So far, the only things left to do are the audio, scripting (Sequences and sentences) and a few more maps!

Holy crap, I don't think I've ever been more freaked out by a headcrab reskin before (if that is indeed what that creature is, and not a new model). Nice work!

Wait until you see the rest...I edited the mesh a bit and re-textured. Gave it a sort of "Head".