Post news RSS How We Did It - The Engine - Third Part

This time we take a look at how we can easily have hierarchical class structures mapped from Flash into C#.

Again, we use our little character Siegfried and a Paladin symbol in Flash: 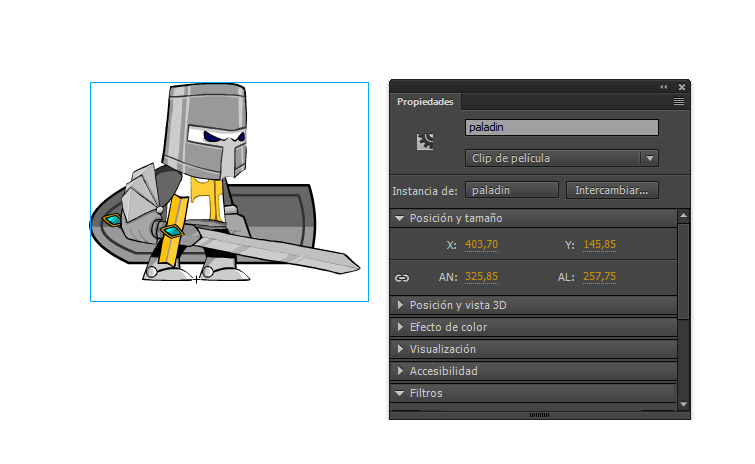 As we said before, the engine is able to replicate every Flash object (and their animations) into C#. We only need to define a Screen with a CustomSprite (one of the engine's own classes) variable with the same name that it has in the Flash file.

Now, if we wanted to do something with, let's say, the Sword animation, we'd only have to: 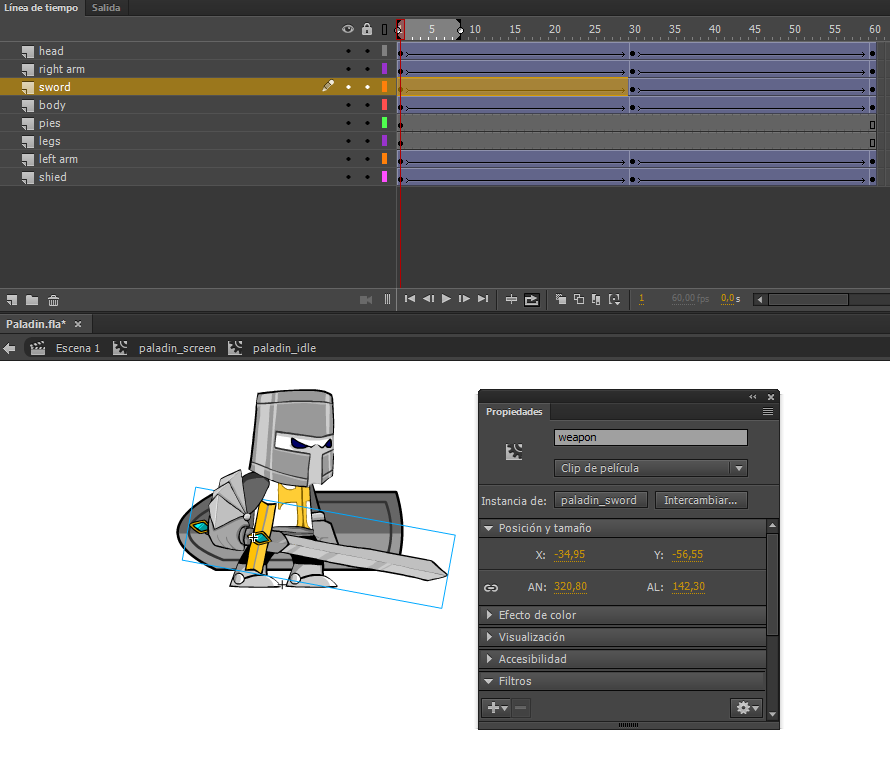 (Note that neither the layers nor the symbol names make any difference whatsoever :). They're important though in keeping order within your files, which is actually pretty important for the whole game-making thing—or even the programming-in-general thing!—. Keep your room always tidy and clean kids! That's the only way you can really really have fun...).

But of course, it becomes evident that if you were to use the CustomSprite class for the Paladin, you wouldn't be able to reach further down in the hierarchy. For that, then, we use typed classes.

If we wanted to have the same structure as in Flash, we would need our character to not be a CustomSprite, but to have it's own custom class to allow us to define content within:

And then, inside that new PaladinCharacter class, we would reference the weapon: 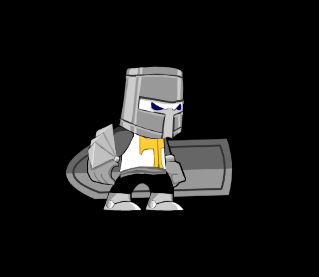 What that means is that YokaiEngine maps automatically the same structure given by class definitions. In our case:

What happens is that the engine recursively goes down through all levels, allowing for as many as we would like:

Better yet: it allows lists! If, by any chance, we own to objects of the same type (arms, legs...), we only need to append a number to the symbol instance name. Right arm becomes arm0, left arm becomes arm1. Easy as summer breeze, as lover's touch: 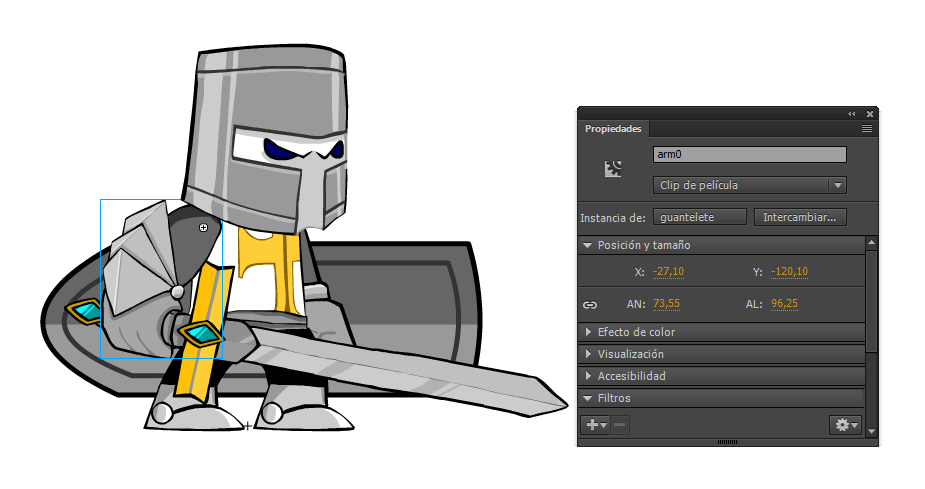 And that's it! Having a hierarchy class structure is very useful, not only for code simplicity and ease of development but for having control over objects when they're out there being used by the player.