Post news RSS How I made my super game without knowledge of code!

How I made my super game without knowledge of code!

How I made my super game without knowledge of code!

It’s difficult to start when you do not know how. This applies to everything, and I guess everyone know this :) I never had to tell making-of story like this, so like I think I will write :).

First, tell a few words about myself. My name is Andriy, I love to draw and that’s I do since 2010. Now this is my work that brought me into gamedev three years ago. Started like freelancer and now I'm full-time 2D artist in one of the largest mobile gamedev companies in the world. I can’t 100% say why I decided to create my own game (probably a dream for the implementation of which I need a couple of million ^.^ Perhaps this is what gives me the magic push to not stand still, but learn the gamedev) one I know exactly, I always wanted to do something like this, to go through the all stages, from concept to release.

In 2015 I started to learn detailed information about the game development and understood that it is real, the only thing that stuck me was absence of knowledge in programming. At the time when I chose engine where I would make the game and have almost settled on Game Maker happened that my old friend suggested to use Unity (but I remember that when I first time looked at it I was a little scared by such difficult interface) 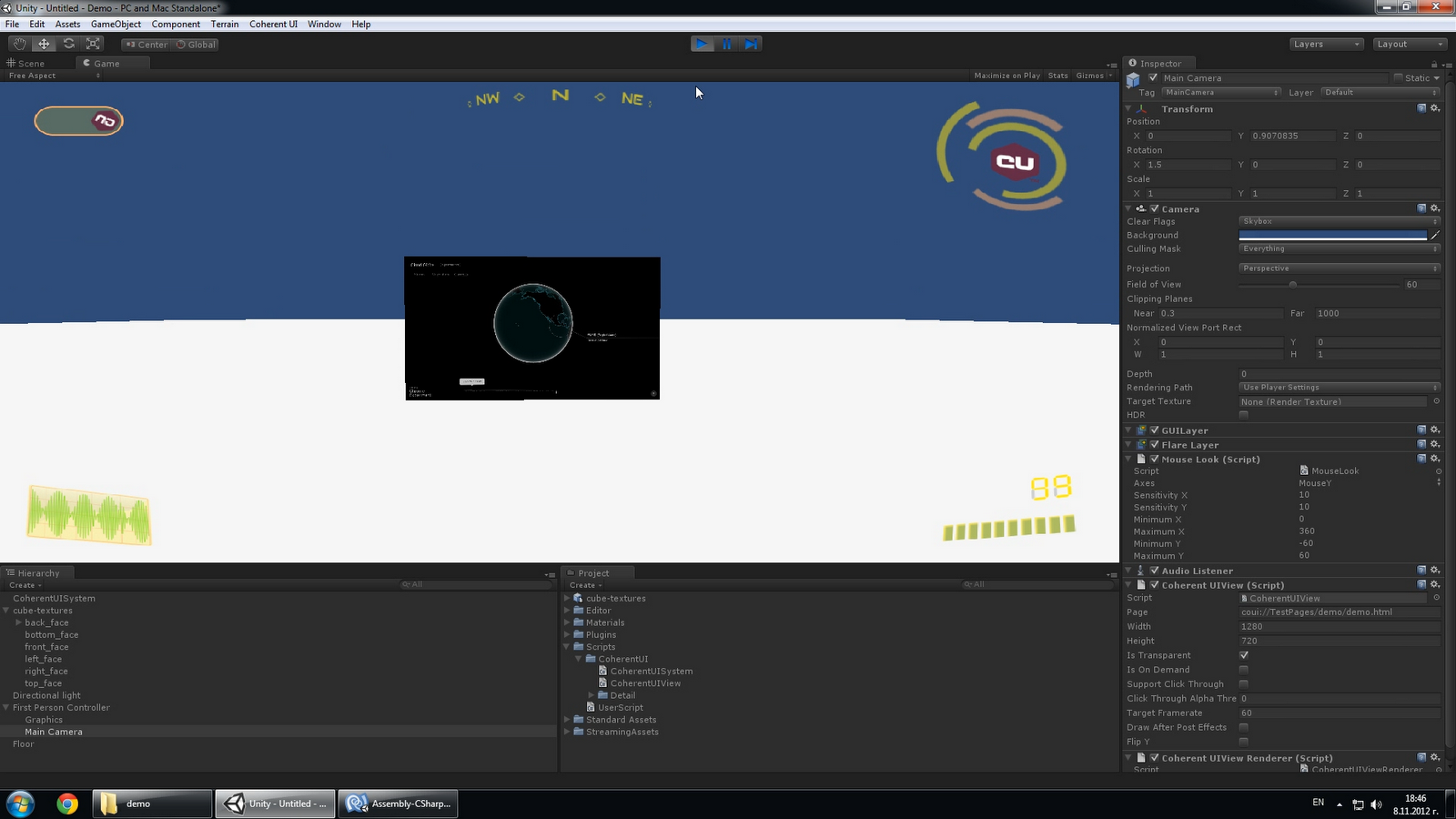 I was afraid of so many functions, buttons and any other functional stuff. But with digging a little deeper all the doubts began to run away, and even began to appear a lot of plus.

With time I got some knowledge from different sites and lessons, articles and videos in the style of "what, where, when". Wrote the first lines of code, or maybe more copied and made some primitive game in style shooter on the space ship (if it could be called like that). 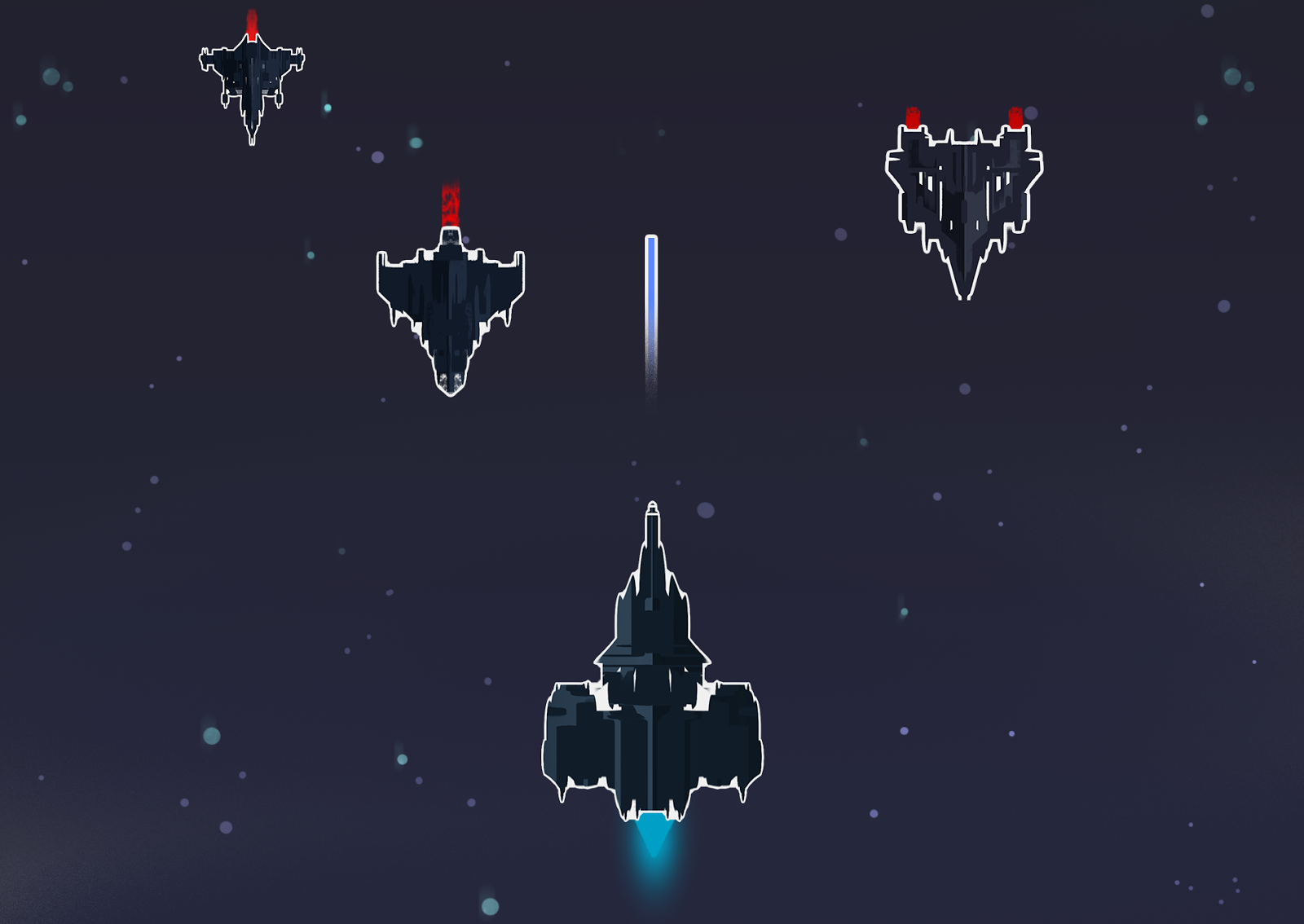 And this made me very happy because I did something:) Then I finally believed in myself, that this information which is in the network have to be used in your needs, you just need a lot of patience.. Then I started to create a concept art of more normal game.. 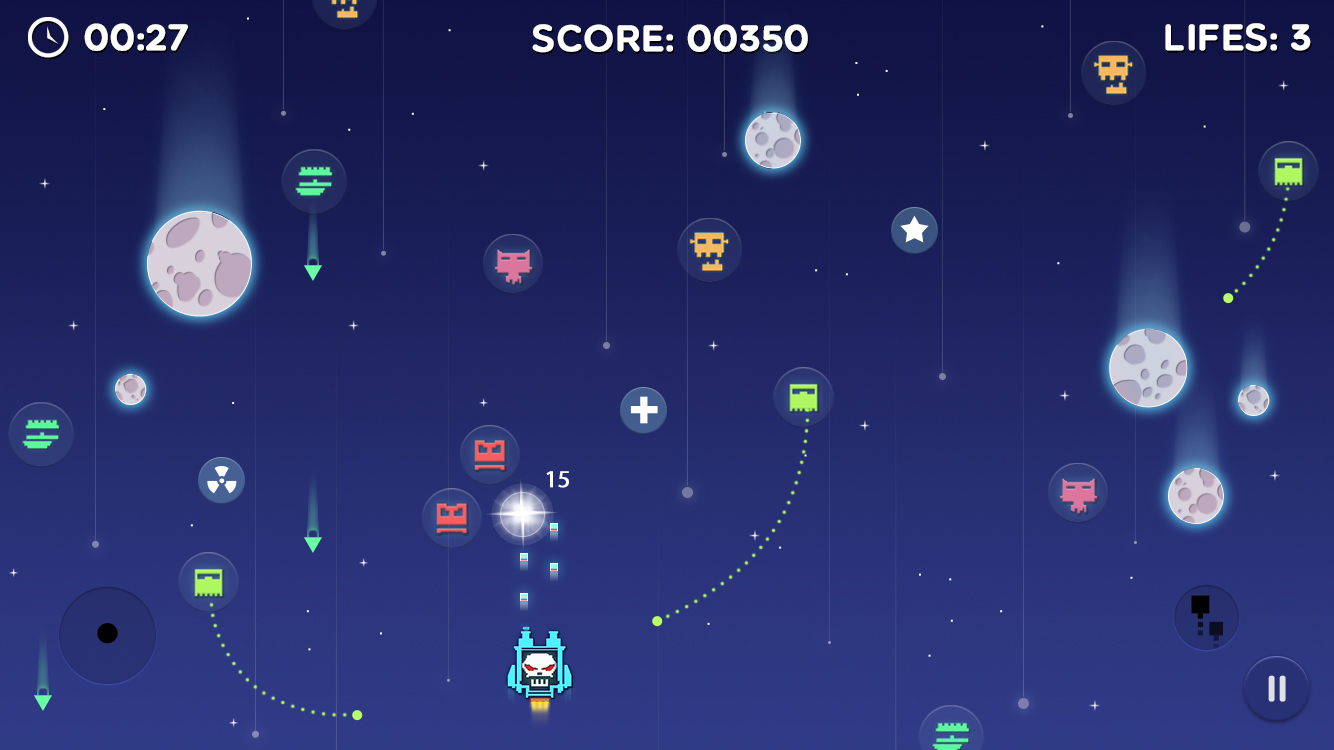 Previous idea with space shooter was not bad but boring, I decided to add more shooting, enemies and that all grown up in my first normal sample project:) (only problem was - I don’t know any programming language, and find a tutorial of the full development cycle of game (that would not be primitive) - was not real). The main problem was that to create what I realy need I must took different lessons. It looked like: from first lesson I take main menu, second - player controller, from other one - controller of enemies, plus different settings in Unity, different variables, functions and other not yet clear to me names.. So, my space shooter lay down in cryogenic sleep for a couple of light years :).

Perhaps in the future I will reuse an art:

After that came into my hands lessons of runner & platformer, which became my main teachers. This time I decided to approach to business more seriously, I made a plan of work (on YouTube it looked like this):

I created a new list and all started again (I had filled 8 lists size A4). That was very useful because when the task will be difficult I always will have a link to the video or lesson with decision.

I began working on the idea for the game and the visual appearance, I knew that my character has to jump on platforms, but like it will look I have no idea. At first I wanted to make a game about a boy archaeologist who would travel and search of treasures in different locations:

but starting to do art, I concluded that it would take a very long time, not the technical part but visual, and I did not plan this time to spend on the game for over a year. Considering that my knowledge of code still equal zero :) I had to create something easier but also interesting. Something with a super simple form but bright like flash or like a light pulse and I imagined a picture like the square form moves around the screen and every step can be fatal, because he lives in a computer world where everything is super hard. And that level were small as microchips but very complex. So was born my Jumpy Jo. Of course there should be platforming attributes, jumps, platforms, spikes and coins (who does not like coins :)) recreating his vision of the game I took a picture: 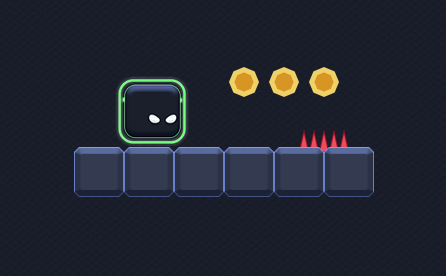 The process was started and every night after work for three-plus months I gave my last strength to Jumpy Jo :) Every night I was browsing video tutorials where smart people was writing code line by line, and I copied it and I have to tell you that it helped and on the second month of work I began to understood the logic of functions. Now I can take a code, with whom I worked, and made with them what I need B) (very helpful was official Unity forums).

Interesting was a period when I worked on the level design .. especially 5 first .. With each successive level generate ideas became more difficult. For simplicity of design levels I did pixel scheme that looked like this: 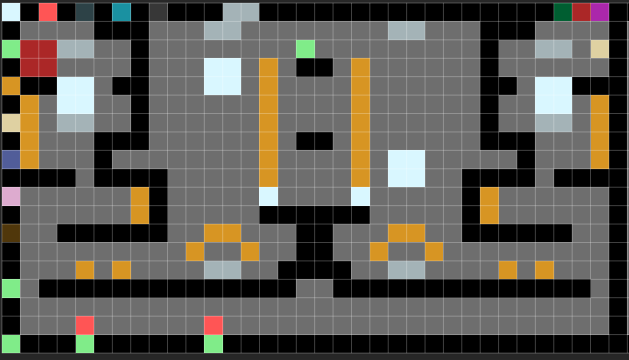 on the borders of the screen was color palette where every colour means a gaming element, a primitive enemy - red, white - spikes, orange - coins, etc. The main thing was very clear :) Every three levels a new thing entered into the game, a new enemy, saws with a different movement, moving platforms and a lot more. I also wanted to include in the game a mysterious element which were eyes that peep at Jo at every level except the last (if you want to know who was that you have to pass all levels :P). In the end I made animated scene, which gives a start to a new part of Jo’s adventures :).

A few words about the Jumper mode - it’s a runner, were Jo’s speed increases with a passed distance. With collecting coins you earn extra lives and train your jumping skills. Upper floor - safe, and on the bottom floor are spikes. Maximum points made a highscore and highscore points will convert into life. In game levels is also a system of converting points in life (to understand: the code for this system I wrote myself, and it took about a week because of grammar of C #, for example, I did not know how to convert float to int and etc.), every 10 levels coins become more expensive and death of enemies also adds points :).

So, spent enough time and patience to New Year's Eve my game has appeared in Google Play :) 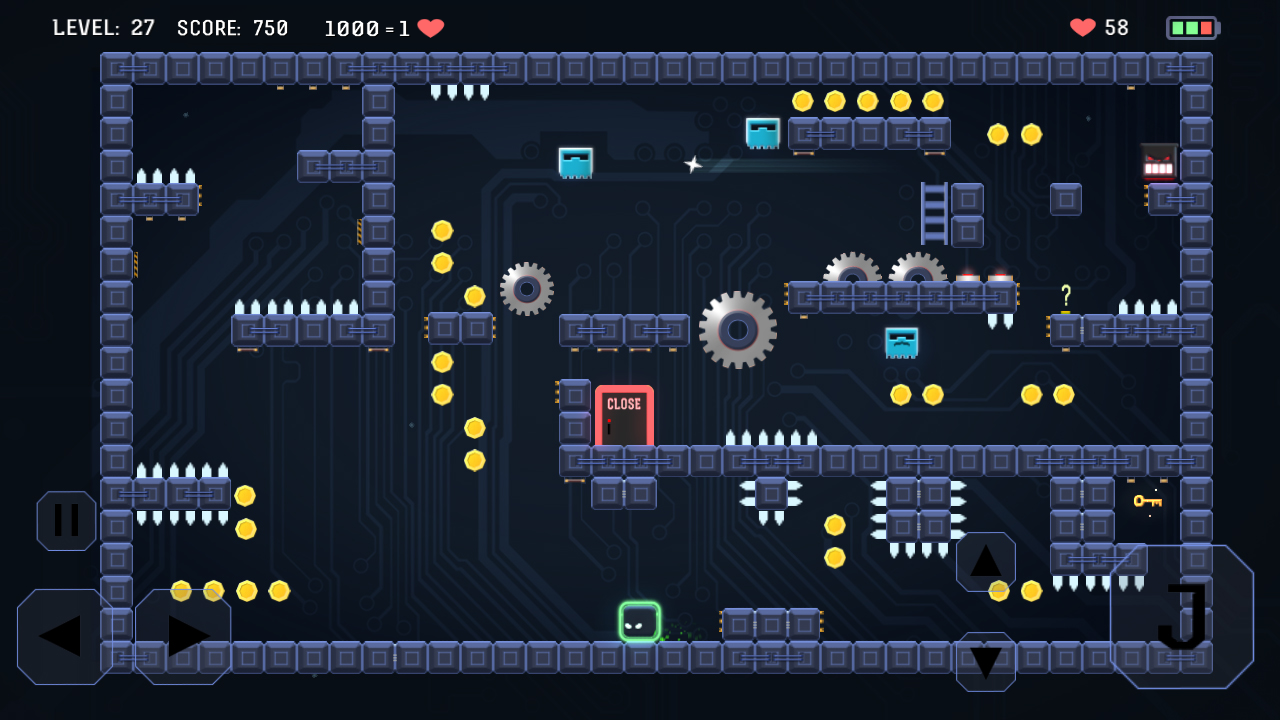 Of course I do not stop working on it and improving, but I did it! :) After release I created a Jumper mode, improved control of Jo, implemented the system conversion points in life, added a few visual effects and continue to improve the game, yours comments

support of family, friends and especially my wife helped me a lot. And you inspire. Inspire with new powers sit at the computer and do my best :)

Thank you, and try yourself as a jumping hero in this exciting adventure game.

P.S. A few tips that saved me a lot of time:

each day as you done your work - make a copy of the project working folder, I have them 134 (and number still growing) weighing more than 30 GB, so when you have something goes wrong, you can always return in time (to copy a folder - near 1 min, but it can save a day of work).

Use a travel time (to work or somewhere else) to learn, I read articles (lessons) whenever possible. So I have at least half an hour a day studying the necessary information.

services such dropbox are good to access work files from the phone.

and probably the last, rest is good, but you must be careful with it, because it can take a lazy guide;)

p.p.s. To summarize: first time I opened Unity - at the end of 2015 (at the same rewrote from the lesson my first line of code), and December 31, 2016, my game was done without any outside help.

Thanks to all who read to the end, hope it was interesting :)