An overwiew of Hoth in Battlefront Ultimate Commander mod.

Here is a full article about how Hoth is going to work in our mod, Battlefront Ultimate Commander. As every swbf gamers know Hoth isn't available with the Clone Wars era in the base game; we decided to change that. Following the way of Battlefront Extreme, multiple vehicles has been added, and the lightning has been a litle bit touched.

Here is a preview of the sides for 'The Clone Wars' era: 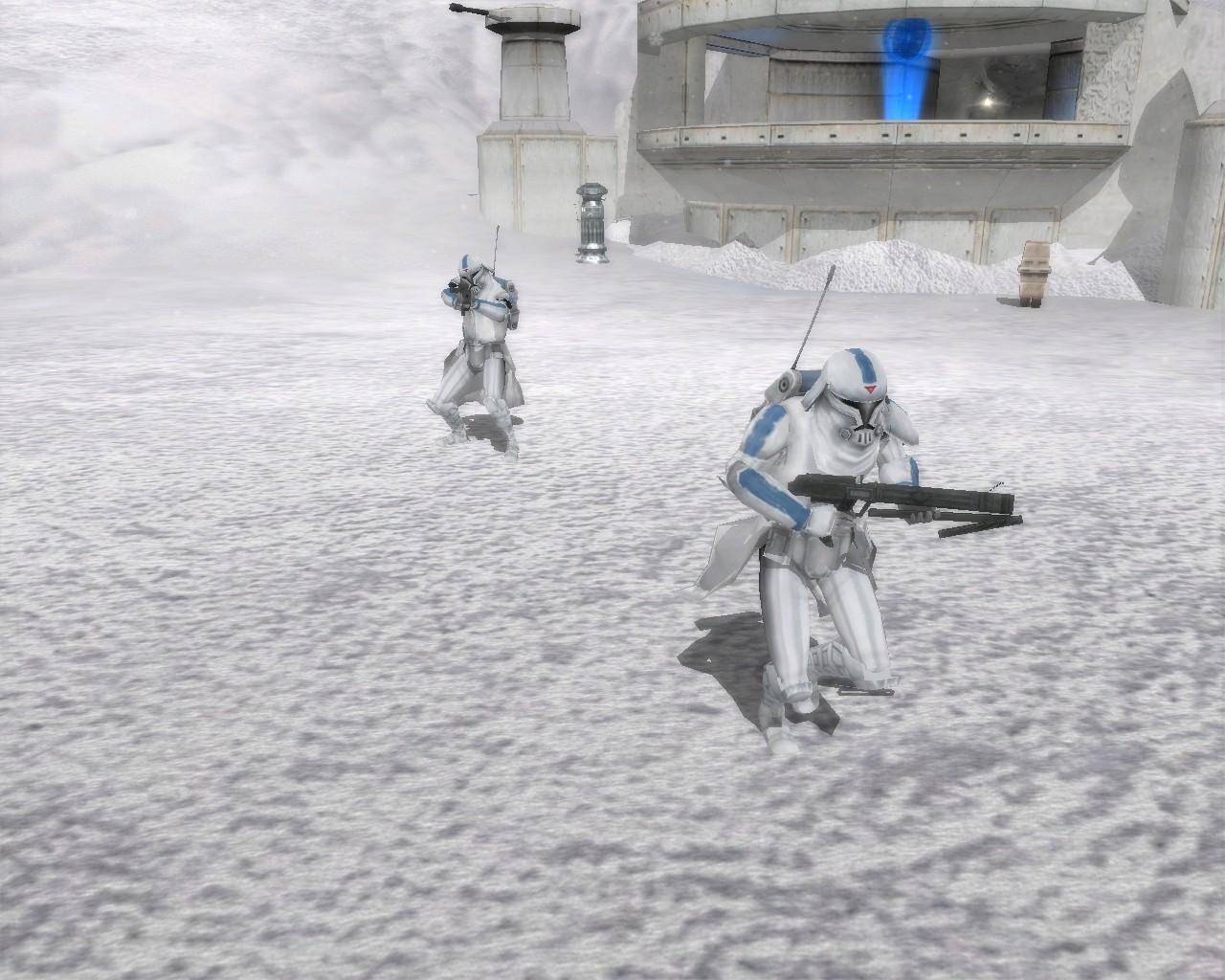 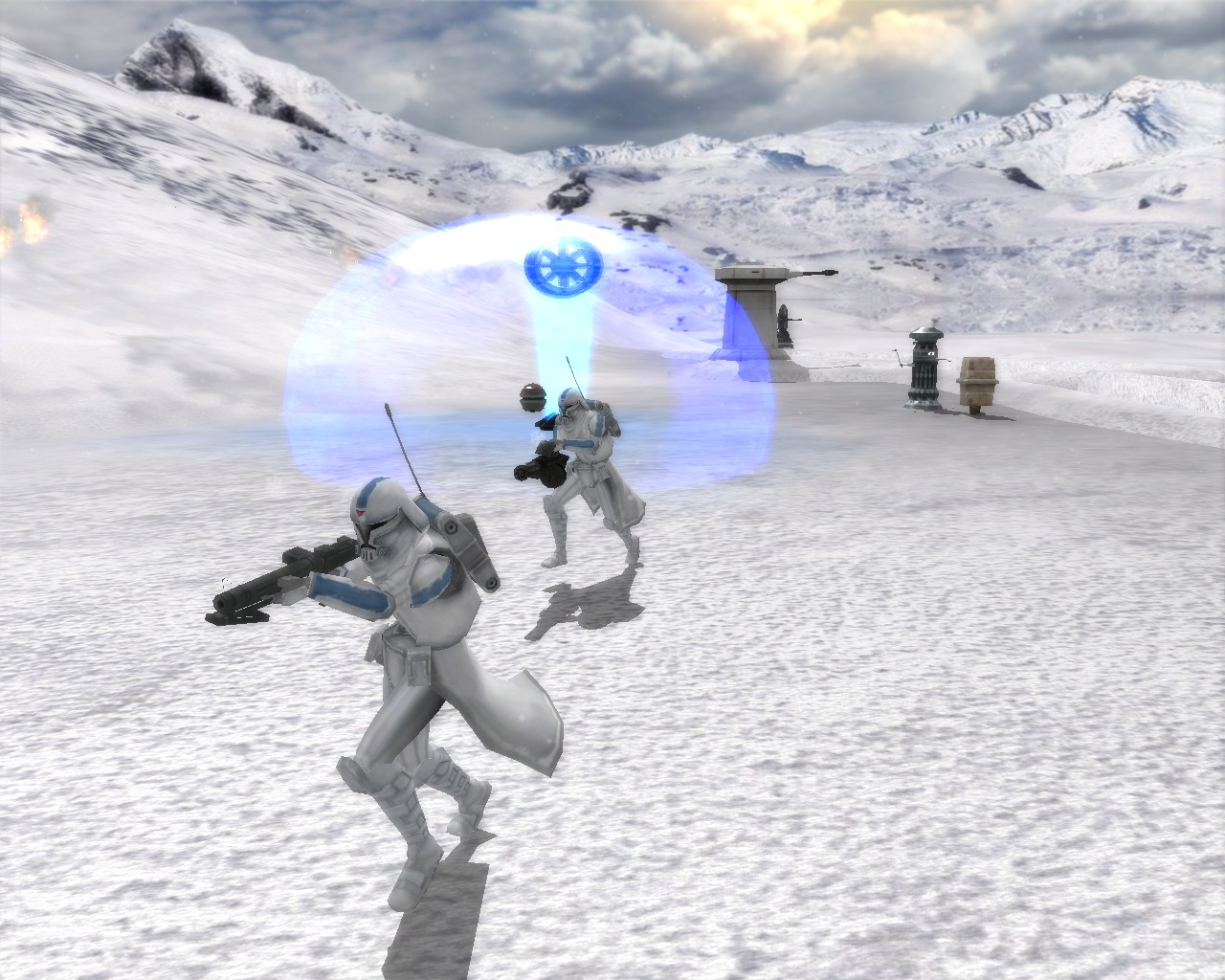 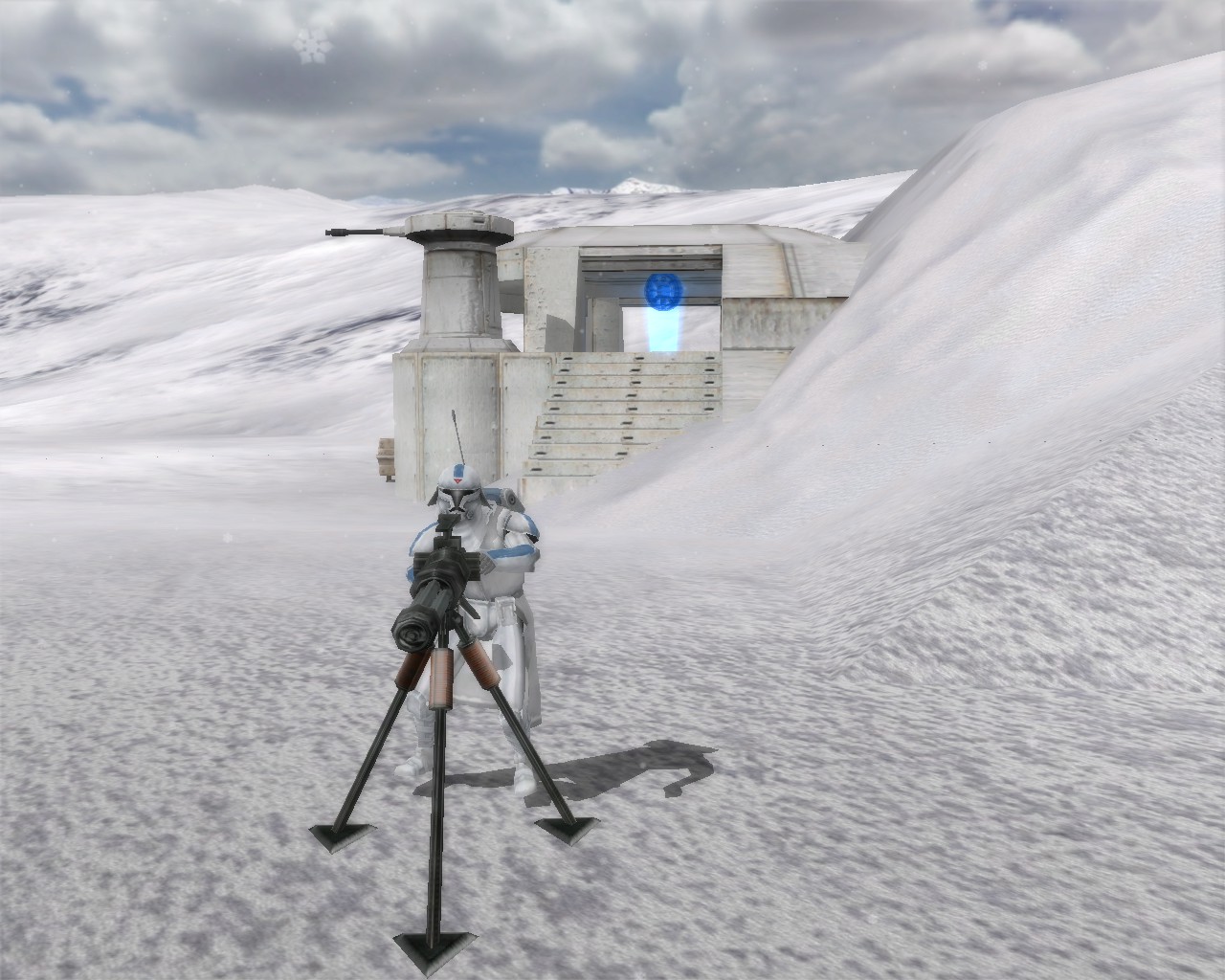 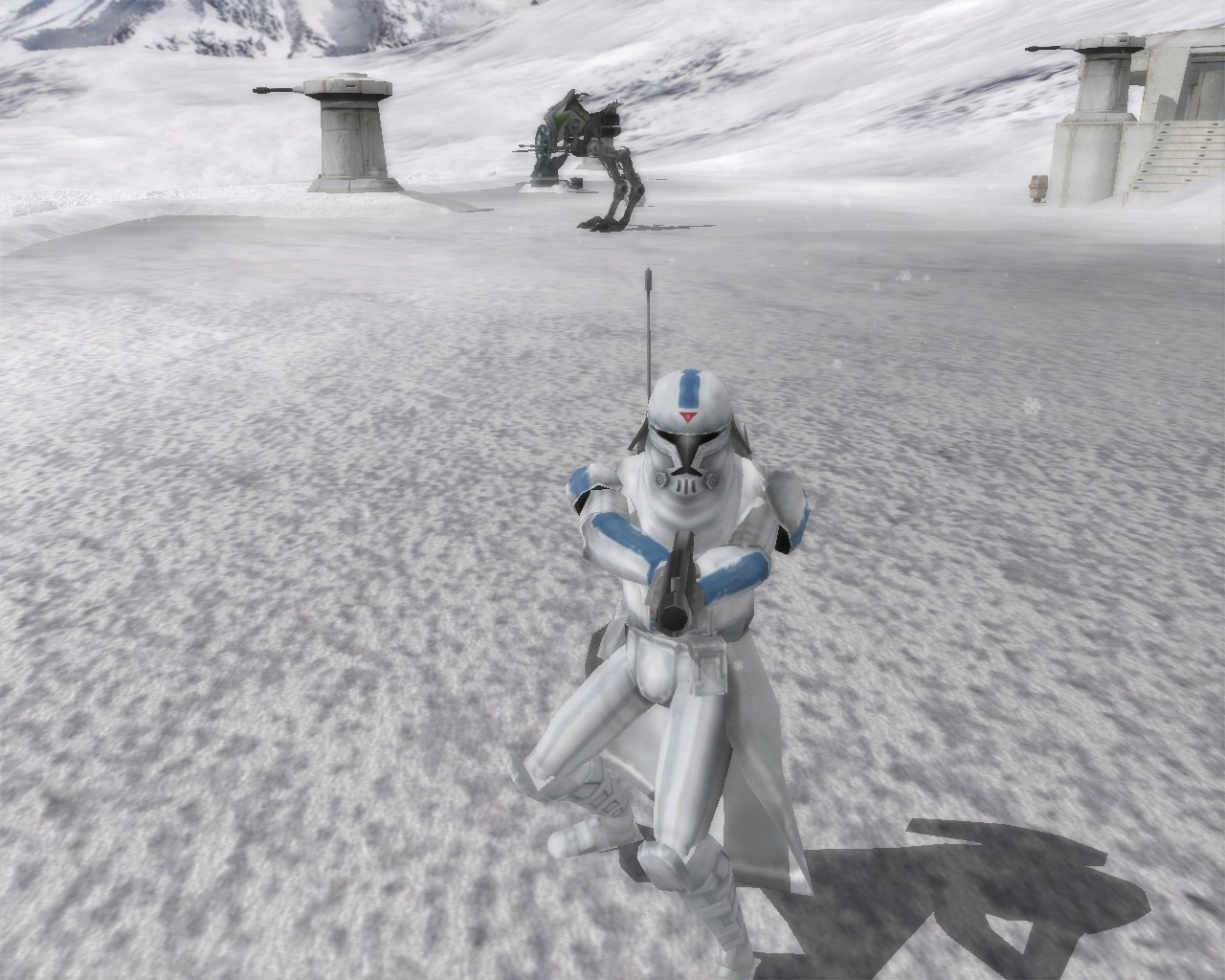 Two different playable officers, Captain Rex and Commander Wolffe, each of them has his own gear (except for the dual pistols ofc). 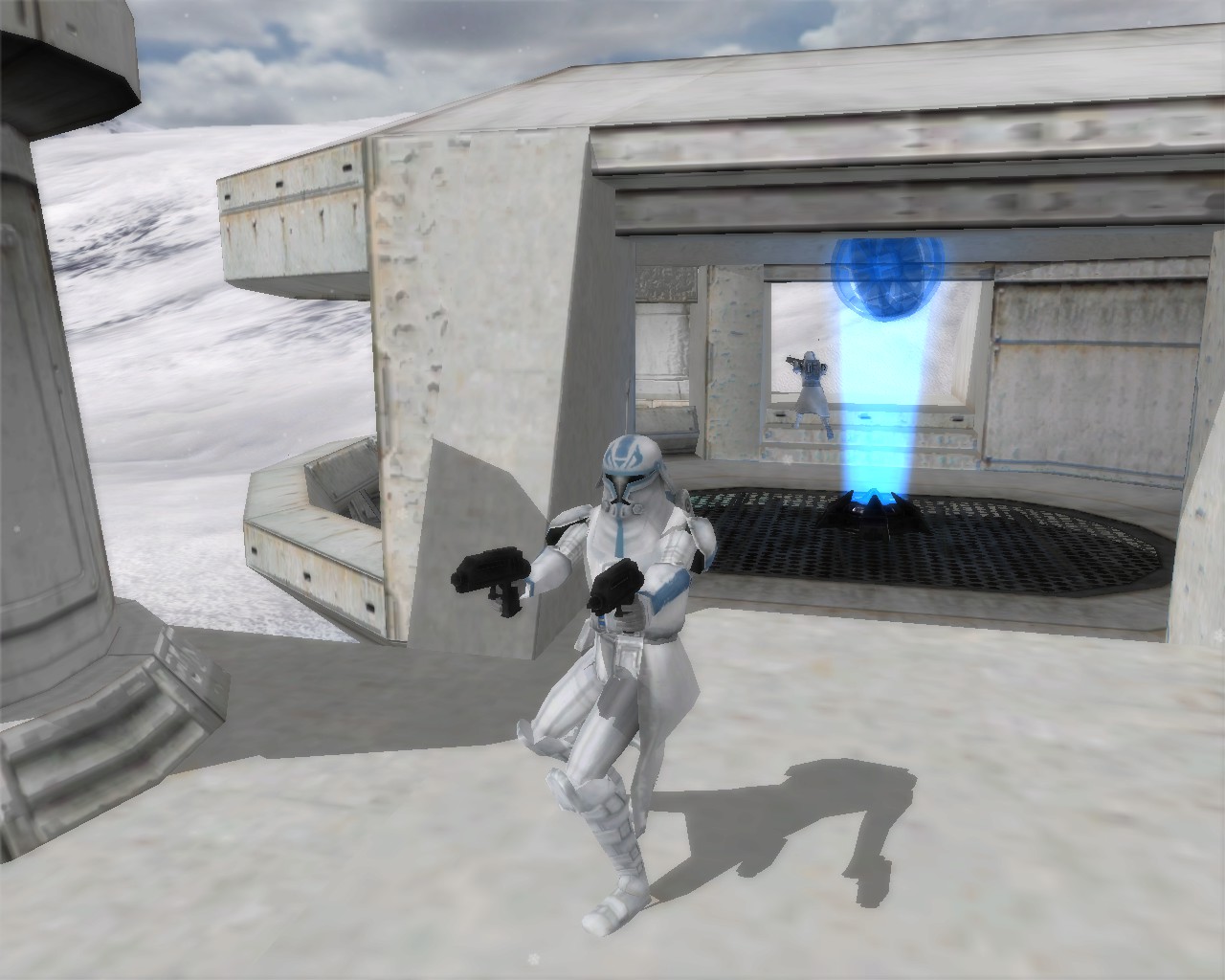 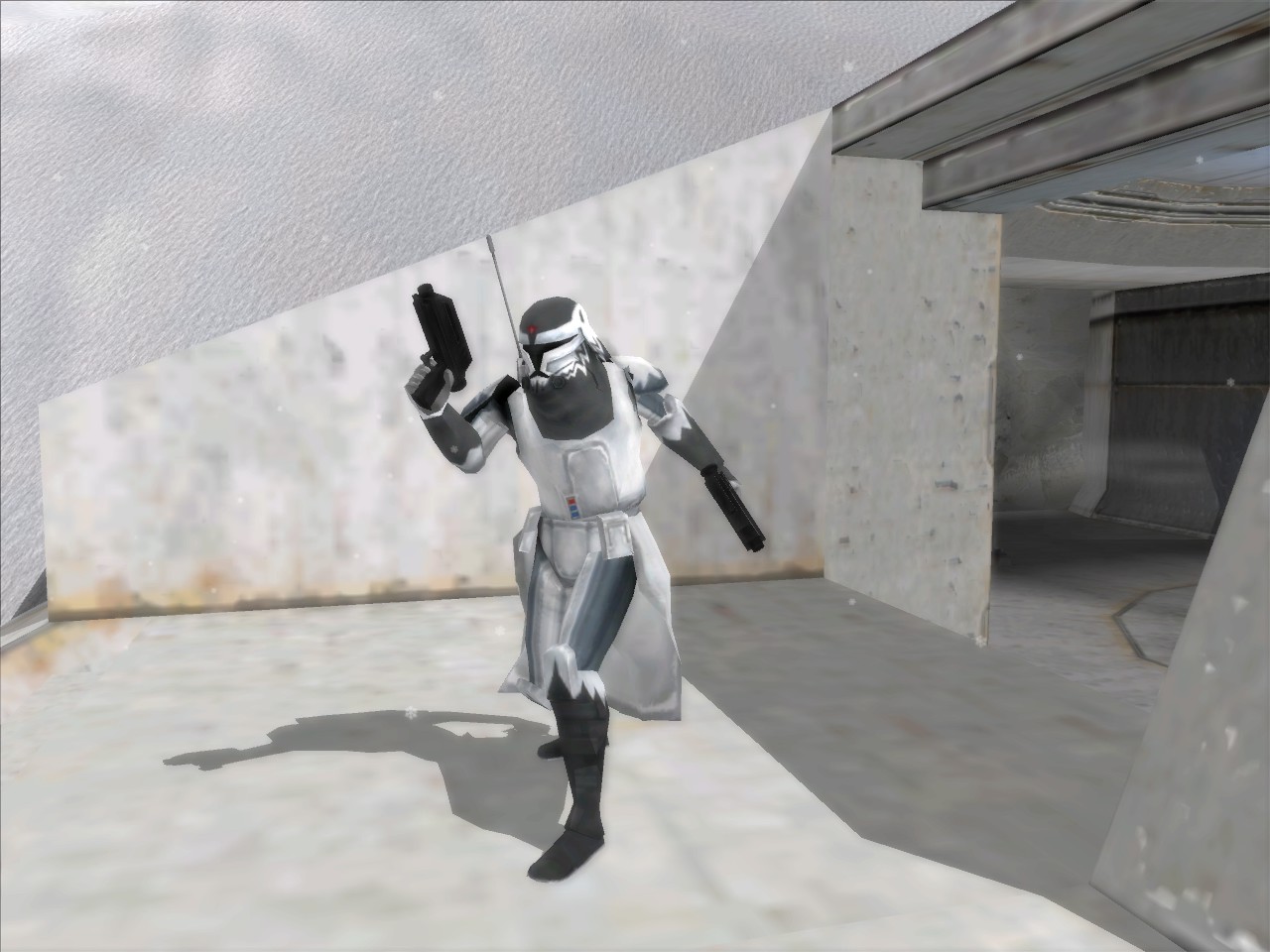 Two AT-TEs have been added, as you can notice the Republic is the the offensive team whereas the CIS must defend the Echo Base and shield generator. Some vulture droids are spawning for the CIS side 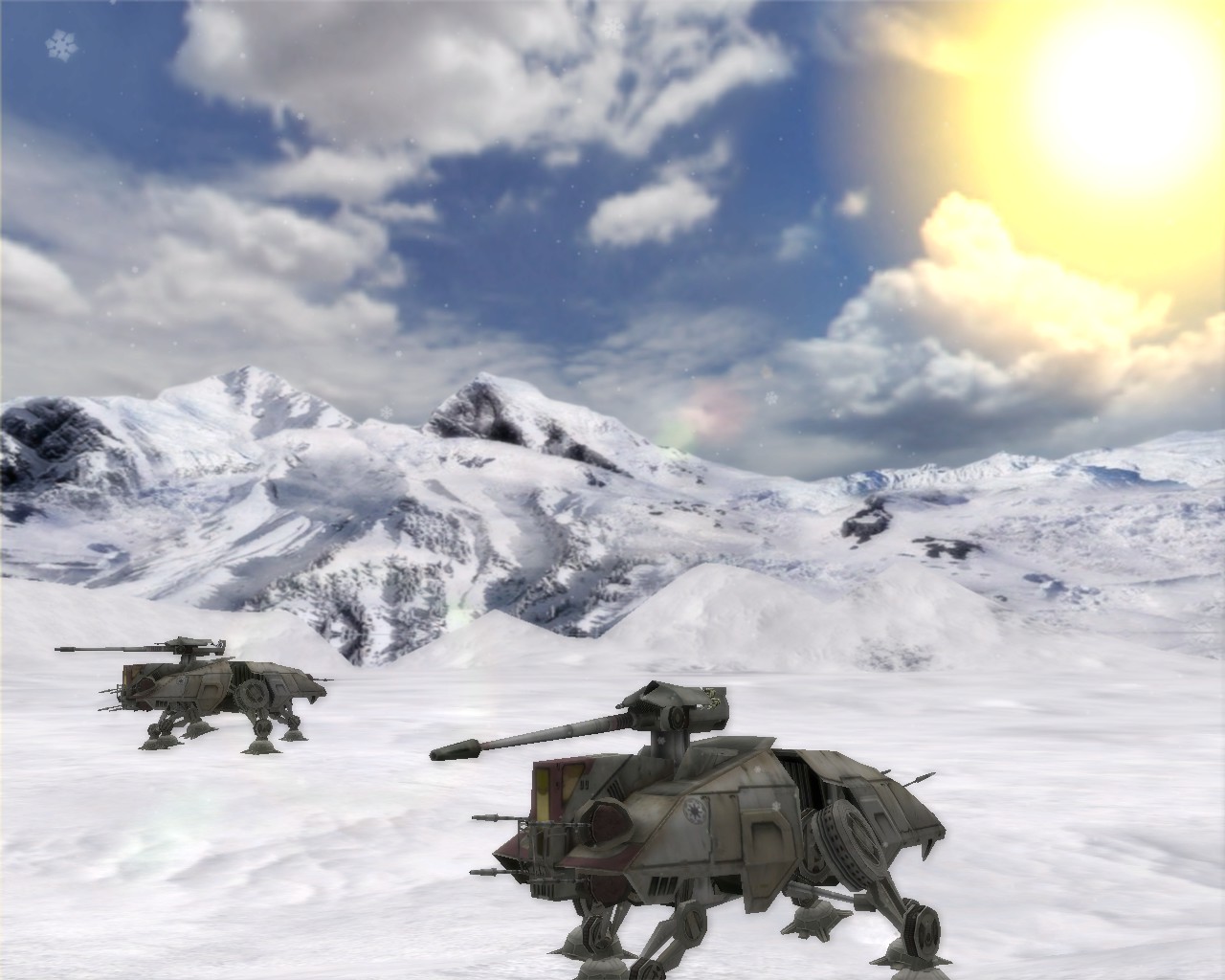 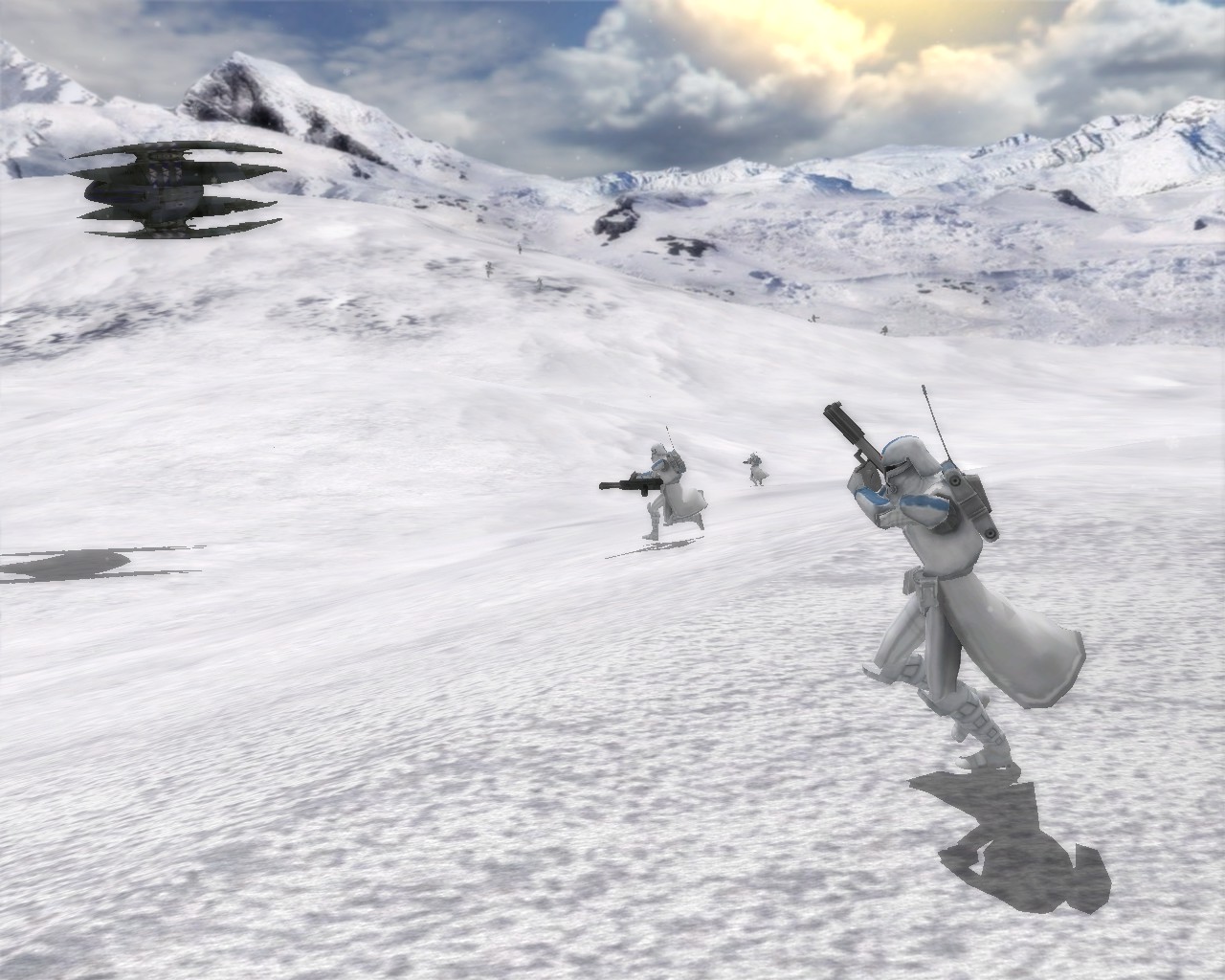 We are using several swbf 3 meshes for the vehicles such as the AT-AT and these T-47 Airspeeders. 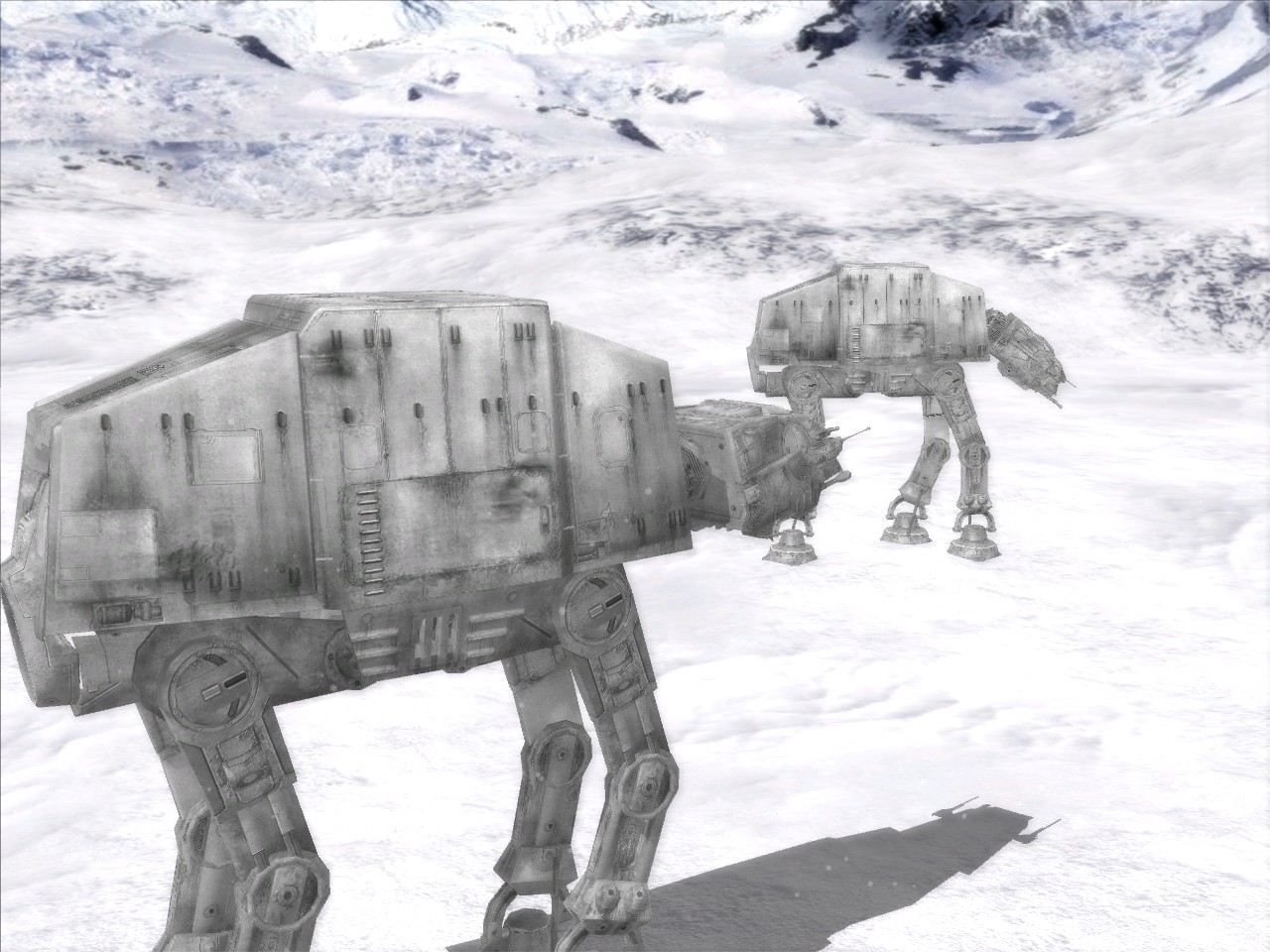 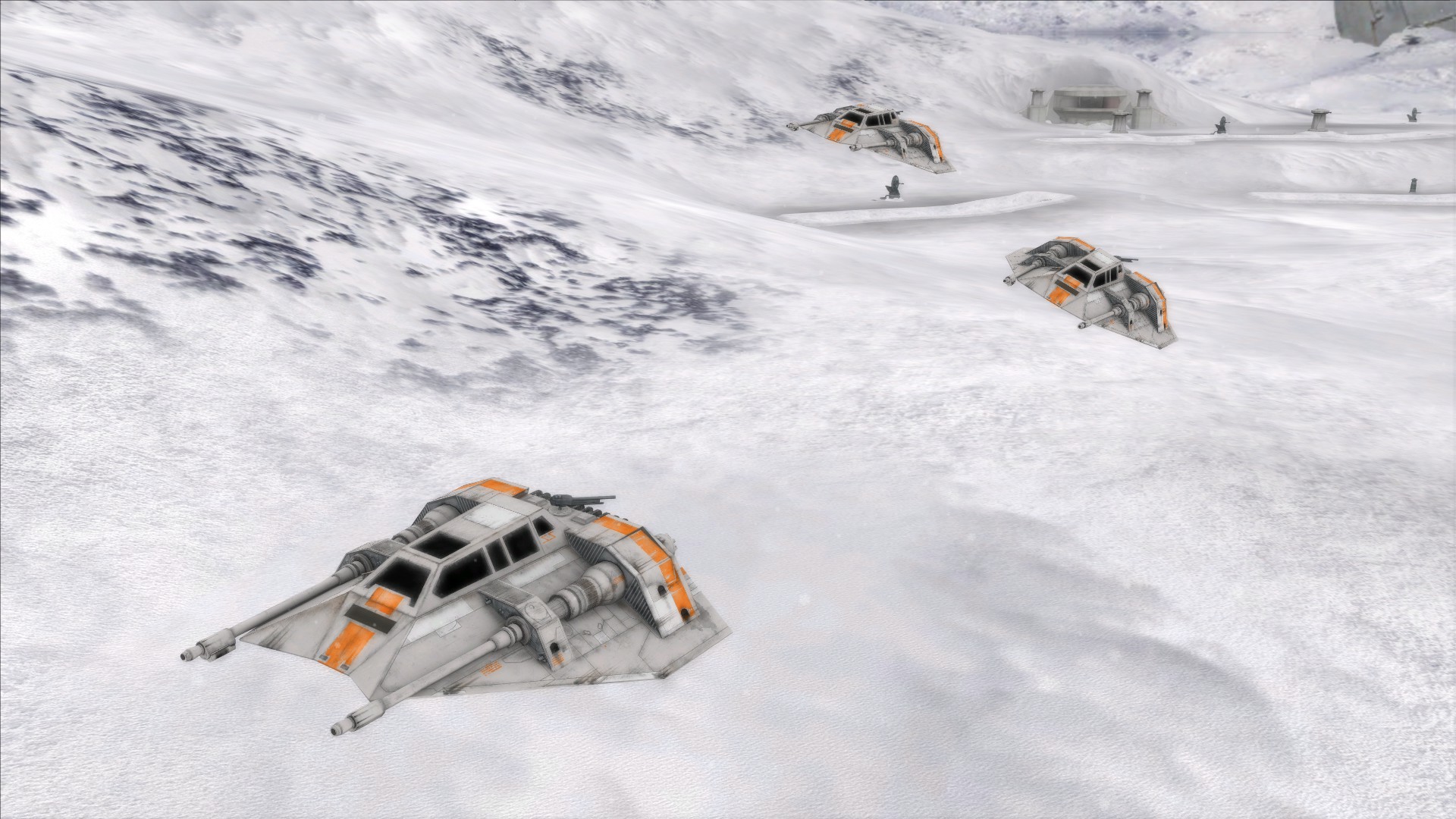 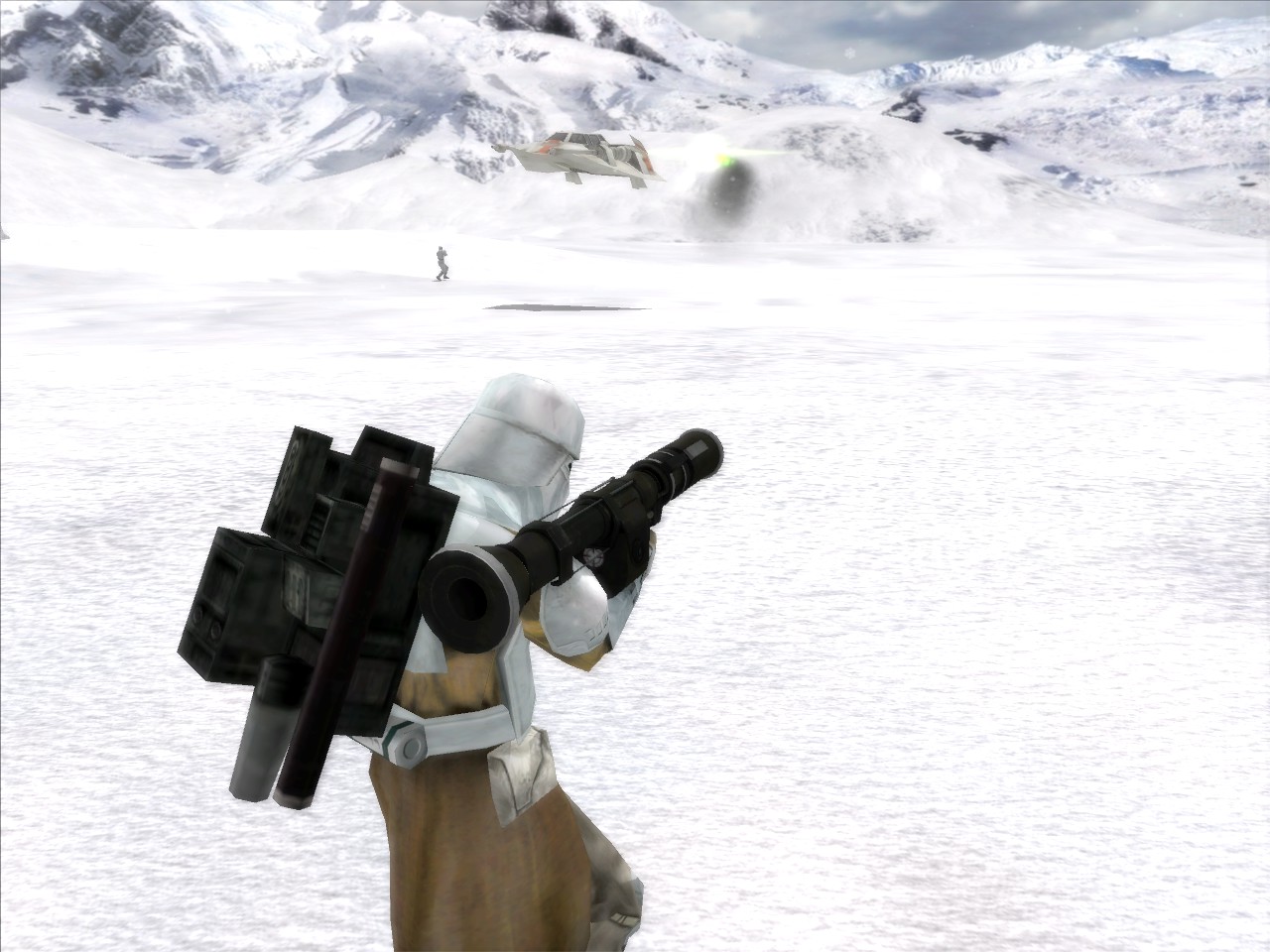 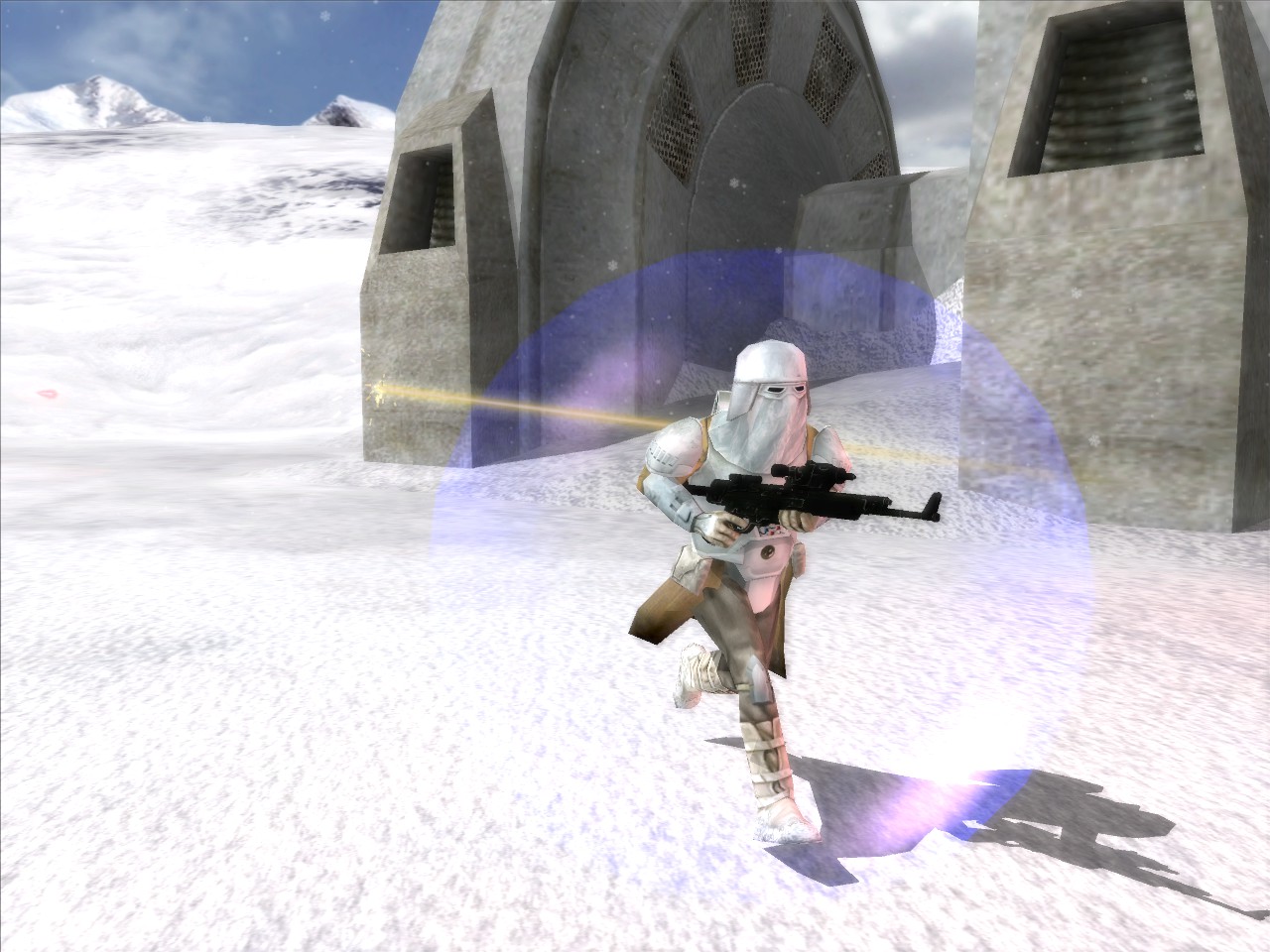 We didn't decided yet if we should implement the KotOR era to this map, mainly due the lack of vehicles, and snowy units. If you have any suggestions please leave them in the comment section! :D

Any data for a Beta?

Do you have the models for the clone troops from these mod?

The models used both in my mod or Commander_91's one are from different star wars games, mainly SWRH and CWA.
There are multiple free download links for these models. Then you have to port them and insert them in swbf 2.

my favorite map has always been hot

Loving the work guys! hope it's all going well on your end! definitely going to be keeping an eye on this mod!

Awesome. Btw, that rocket launcher is the same one that the republic really used, right? The one from the clone wars?

Atm, the Republic is using the RPS-6 Rocket launcher, and the PLX-1 (stock one)

I really love it when people add canon accuracy in this game. But why still plx-1? The RPS-6 is the only canon one they have so far. Also, for the gcw one, use the canon rocket launcher that we know of from rogue one that belongs to the rebellion.

Well i like both the PLX-1 and RPS-6, i also like the swbf 3 rocket launcher mesh. As i said i will not stick to canon, ther'll be a little part of legends ;)

ah okay. And the alliance?

Reskinned HH-15 Rocket Launcher is planned atm for the alliance

YES!! That one is the canon.

If you need ideas for Kotor vehicles, there are some cancelled battlefront 3 vehicle assets that haven't been seen before. I also always thought the rebel hovernaught transport could be made to look like an old republic vehicle as well.

Hum, i already thought of adding these swbf 3 vehicles for the Imperial Civil War era, i will see what i can do, stay tuned ;)

Maybe if you reskin them, they could be used ?