A lot of work has gone into improving the sprite quality of the mod. While it makes for a small update, I'm nonetheless proud of it.

Hot and Bothered 1.1.3 is right around the corner!

This has been a very quick process as the update is minor, focusing exclusively on weapons. The primary goal of this version is to improve the visual consistency of the mod by making as many weapons as possible use sprites taken from the Ratchet & Clank games.

With a bit of practice, time, and Tylenol for the inevitable rage-induced headaches, I was finally able to make some good rips of the weapon graphics from Going Commando/Locked and Loaded. I then handed these off to Xterra who gave them some pretty muzzle flares. The end result is that all but four weapons have appropriate sprites with the rest being "close enough" for the time being.

The main sticking points at this stage are the Scorpion and Leviathan Flails. Weapons that look like them do appear in the hands of enemies, particularly the gladiators in Going Commando, but if someone could redesign them to look more cartoony and cyberpunk in line with the rest of the arsenal, I would be eternally grateful. I can live with the Chopper and Buzz Blades - now renamed to the Hydra Saw - in their current state.

Speaking of Xterra, as an aside, you should totally go and check out his mod, QuakeStyle ZX. It's what got me into Doom source ports and modding. My first project, QuakeStyle Unbound, was effectively a sequel/expansion of ZX that he and I co-authored. ZX is still being updated and improved upon, and as of now, it's as good as it's ever been in its nearly six-years of continued support! Link at the end of this article.

Now, back on topic.

The update should release within the next week, but in the meantime, I thought I'd give you all a look at the new sprites! I'll also summarize any changes to the weapons these sprites brought about. Enjoy the tour!

Starting with the base weapons, our first stop is the Combustor. Since I don't have access to the games from the Future saga for screenshots, I had to improvise with what I had. Thankfully, the Lancer makes a fine substitute! 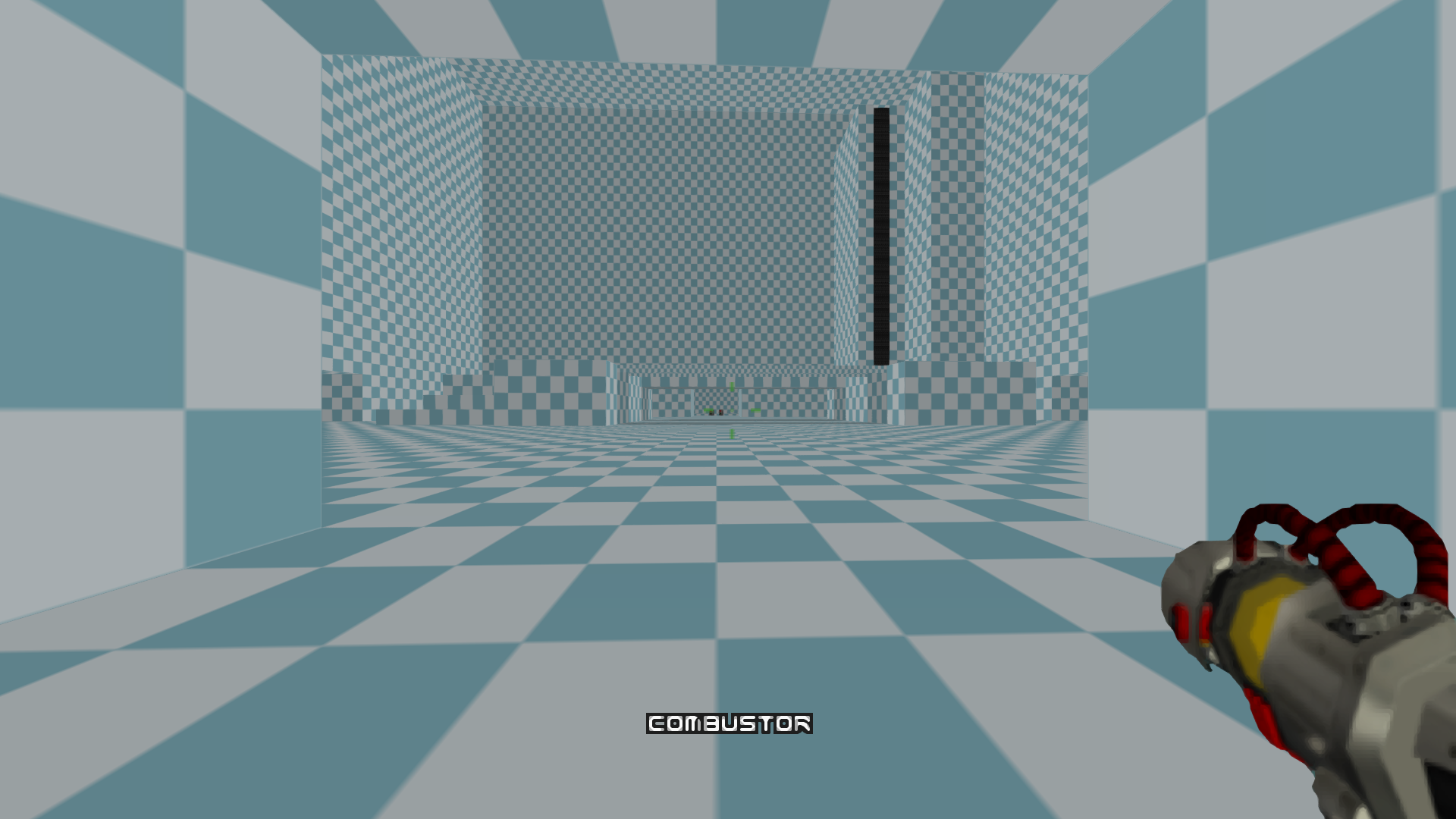 Initially, the Blitz Gun was using sprites of the Shock Blaster from Up Your Arsenal. Now, this weapon uses the sprites it was meant to have! 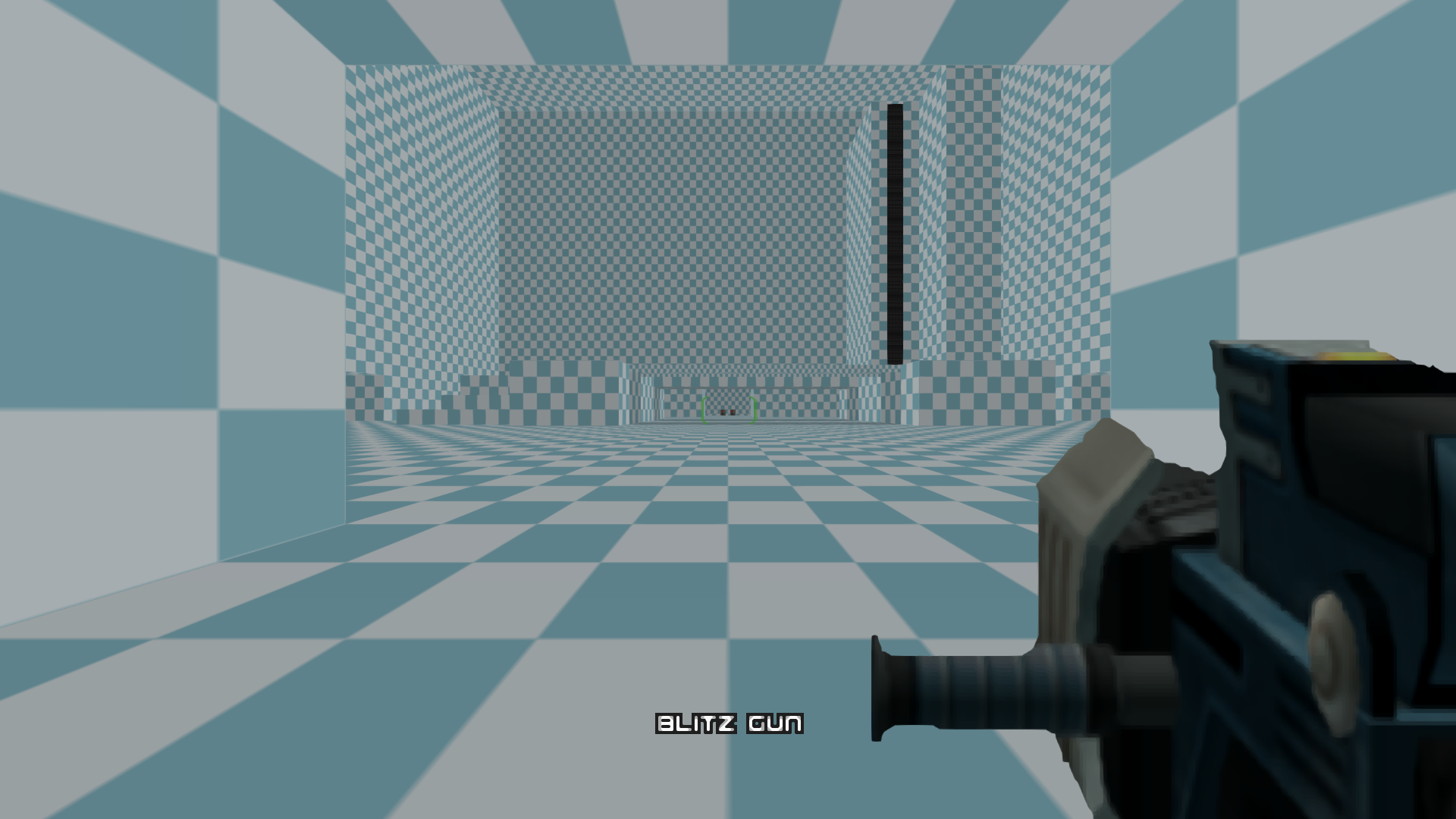 While being the source-accurate choice, the Flux Rifle upgrading to the Splitter Rifle just didn't convey enough of a change with its sprites. That's where Going Commando's Pulse Rifle steps in! 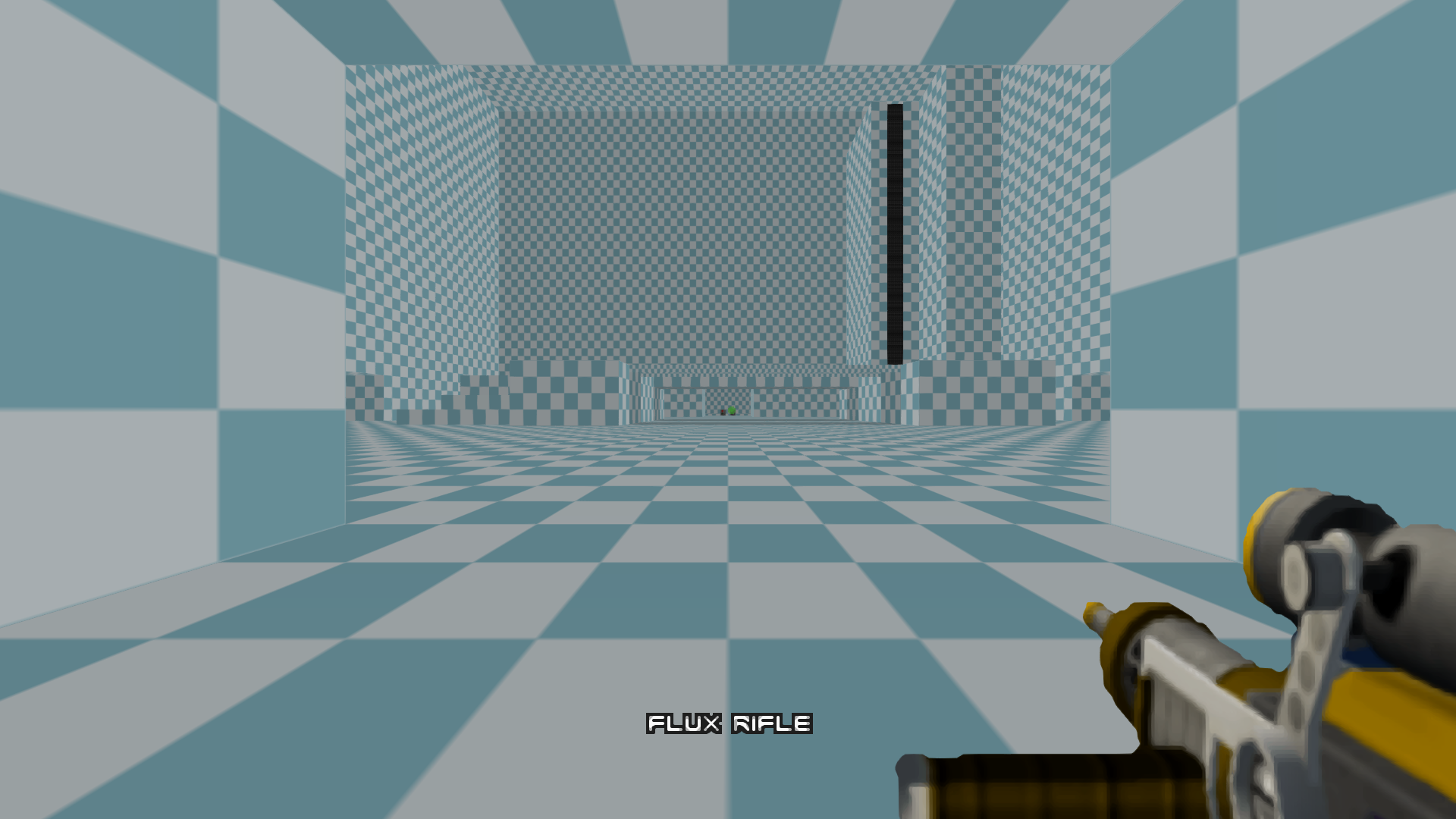 This mod had an overabundance of glove weapons. Hell, it's why the Bomb Glove upgrades to a proper gun and why the Mine Glove was quickly scrapped in favor of a launcher in the conceptual phase. The next casualty of this is the Mini-Turret Glove. As of 1.1.3, the Mini-Turret Launcher provides a much greater level of distinction in both graphics and sound! Going Commando's Tractor Beam fits the mold quite nicely in my opinion. 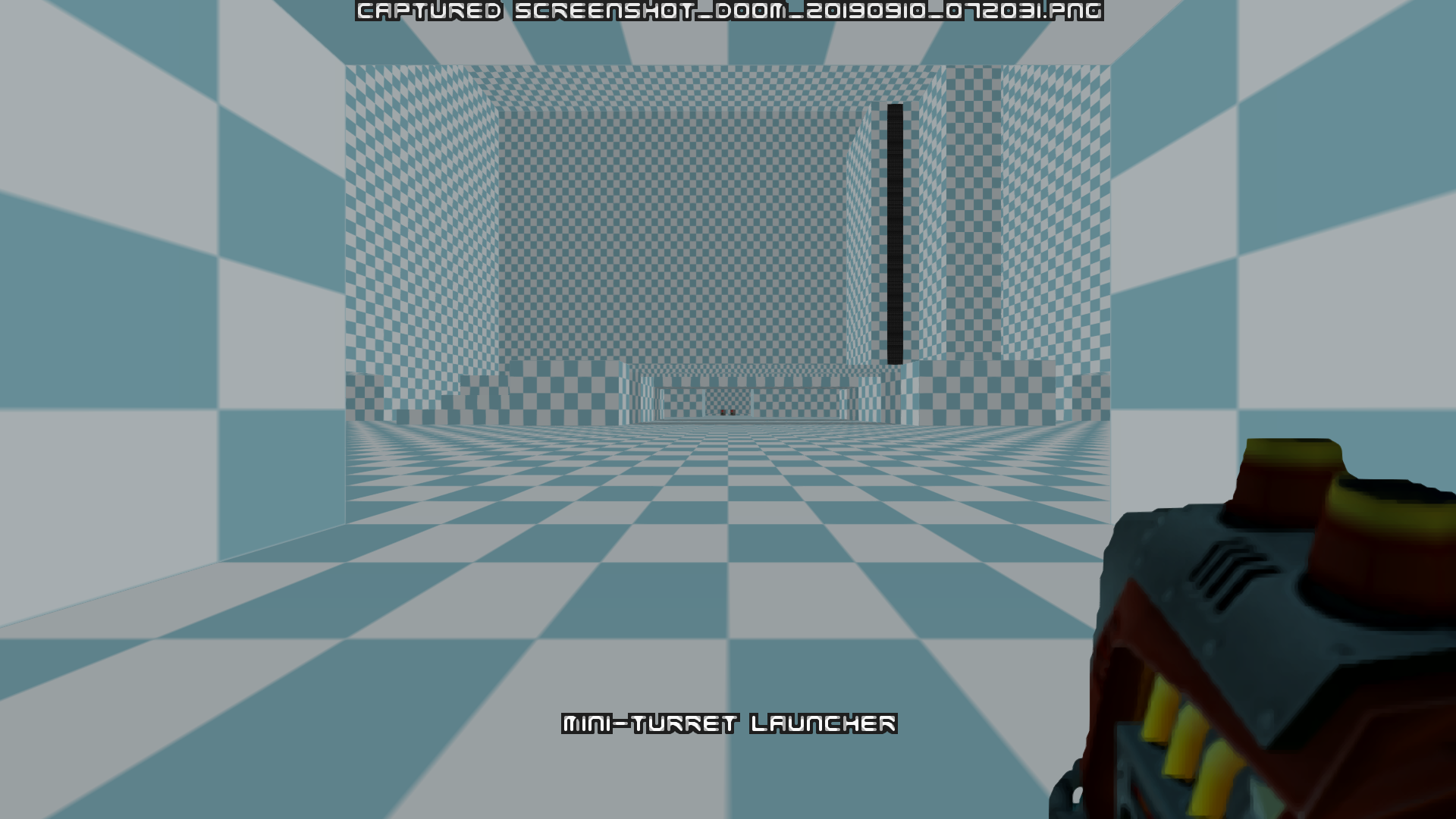 While Benkei and I were brainstorming how to redistribute the limited number of sprites we had, we both had a light bulb moment when we realized the Shock Blaster sprites were freed up. We thought, "hey, why not use these for the Gravity Mine?" And so we did! 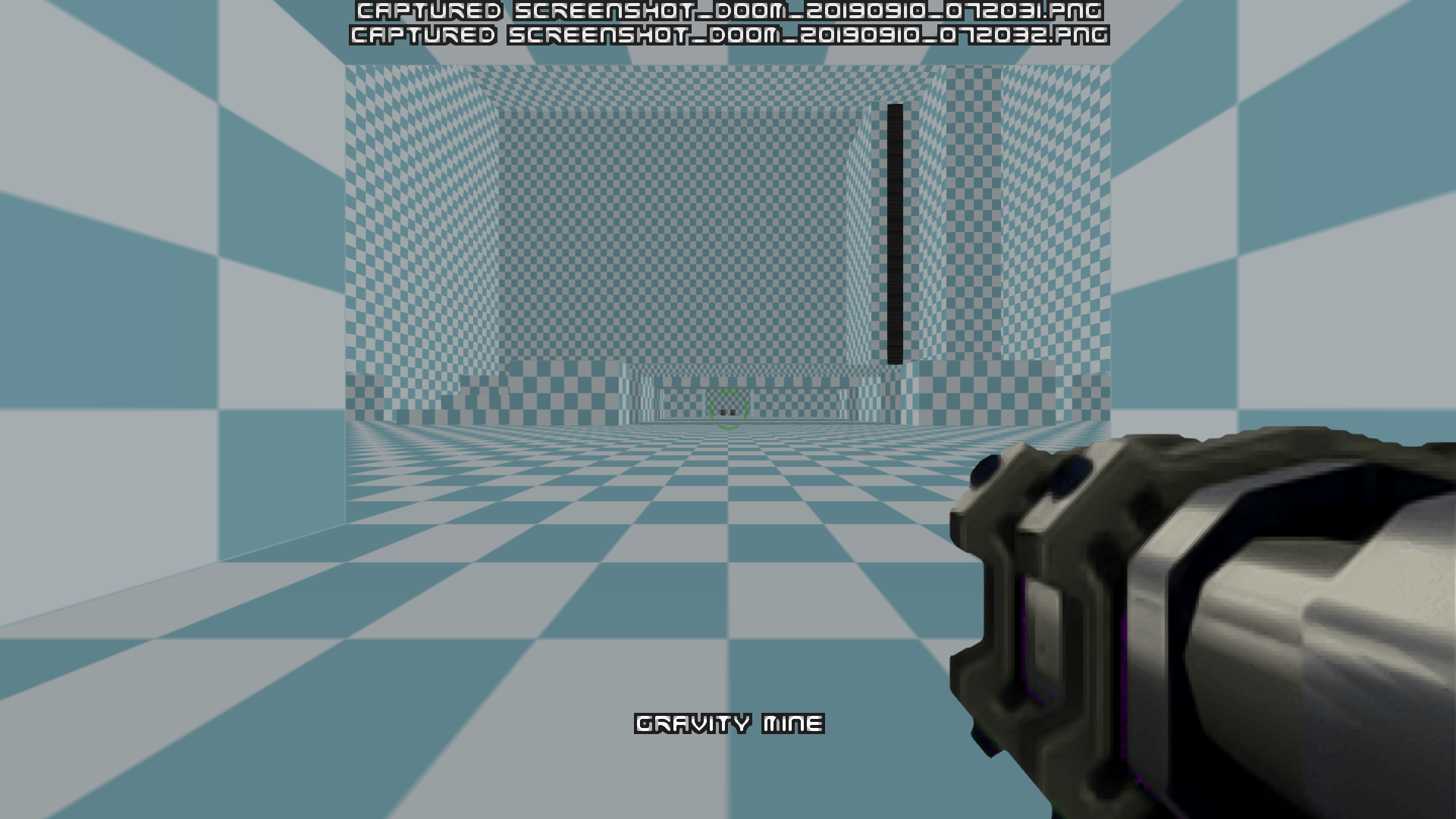 Yeah, the Quake lightning gun is a great substitute and all, but for the sake of sticking to the theme, once I had a decent-looking Tesla Claw, there was no sense leaving it out. 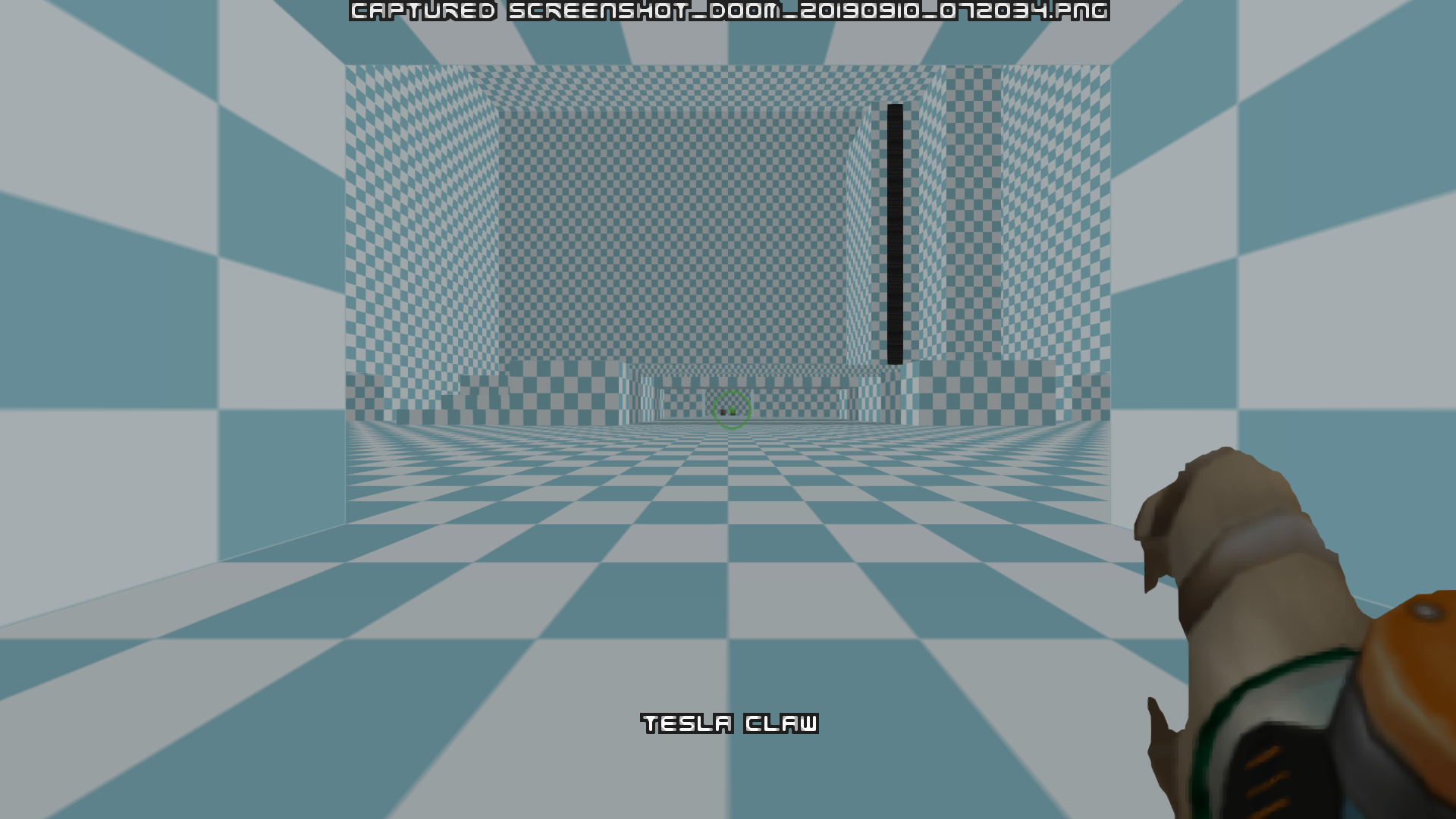 For those wondering, yes, the Seeker Gun was using sprites from Up Your Arsenal, namely the Rift Inducer. While they fit the theme and even share the color scheme of the actual Seeker Gun, it would be a bizarre choice to leave the weapon as it was. 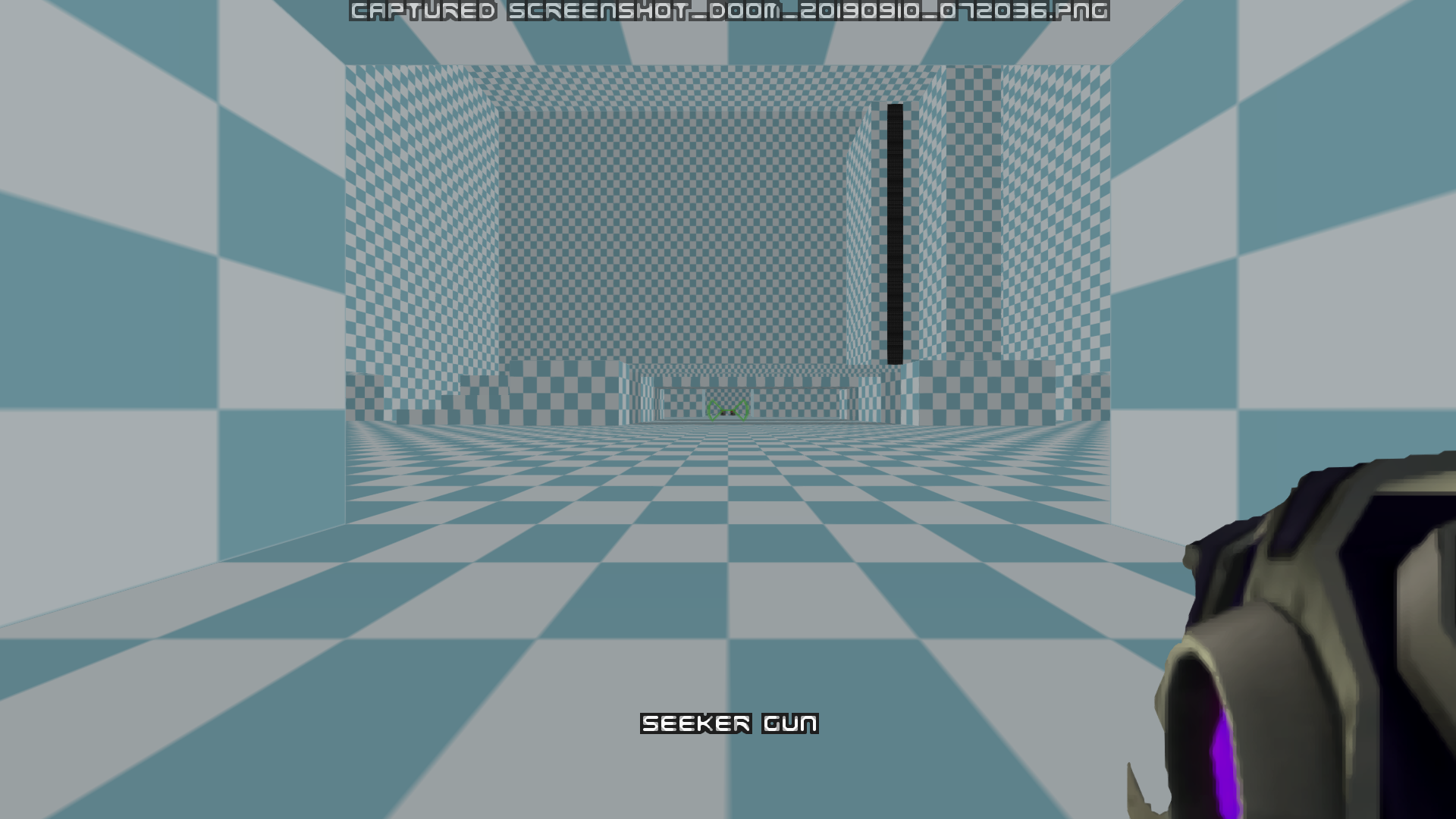 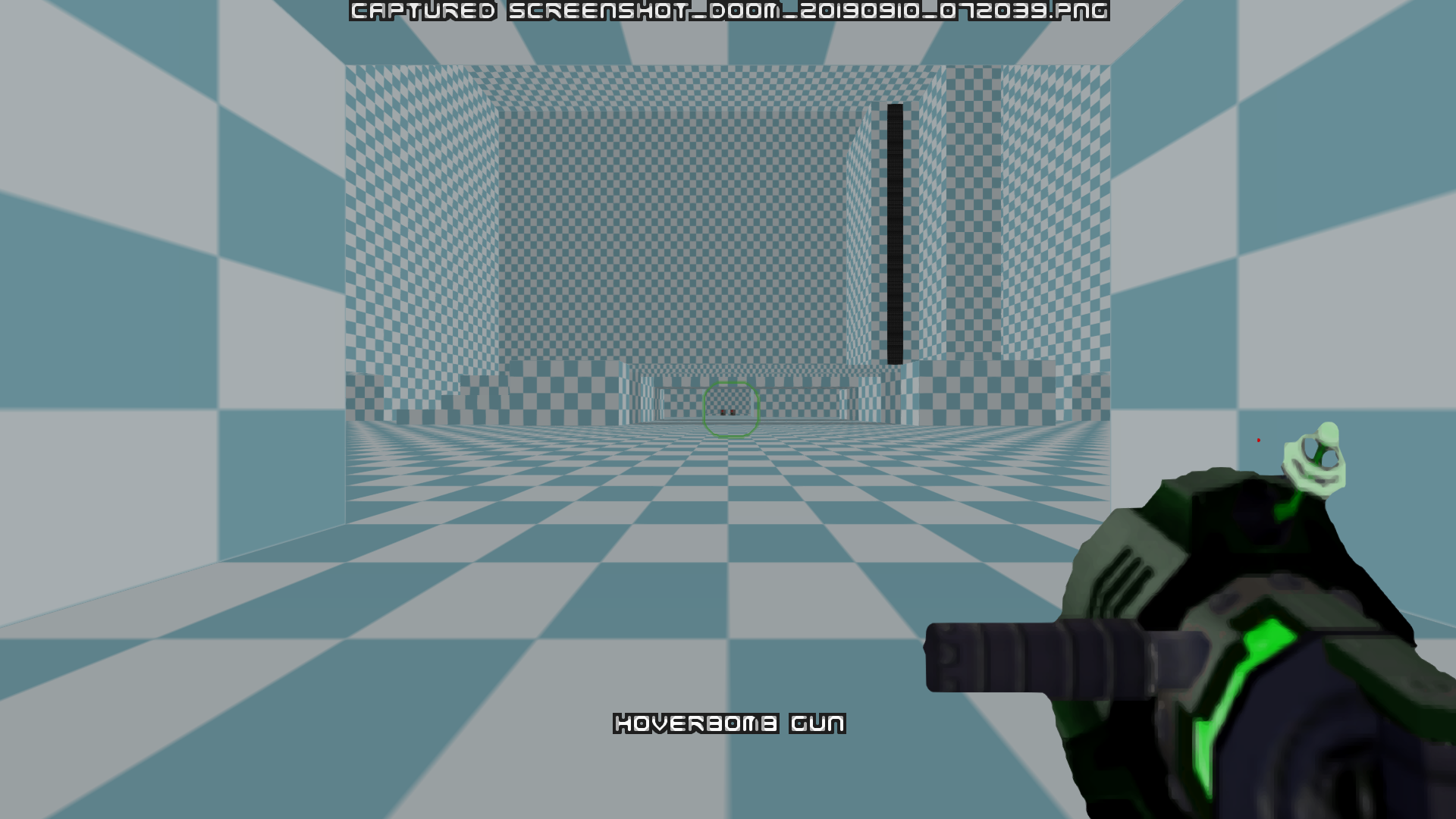 Okay, the old Meteor Gun sprites just did not look the part at all, pretty as they were. This just puts my mind at ease! 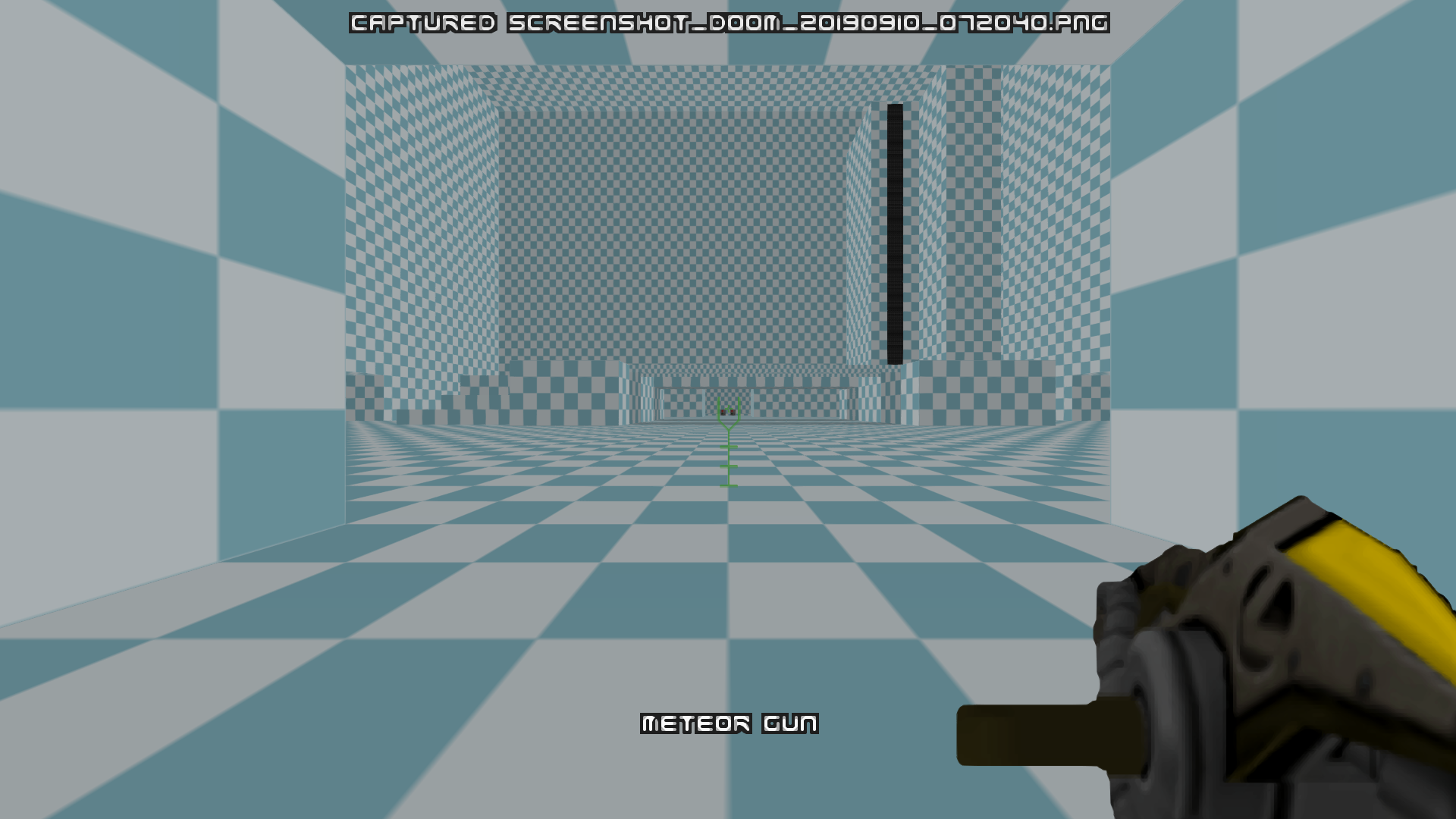 With new graphics for the Morph-O-Ray come an improvement in the weapon's function. Trading Blood's Tesla Cannon for Going Commando's Sheepinator removes the fire delay and cooldown, making for a much more responsive piece of hardware! 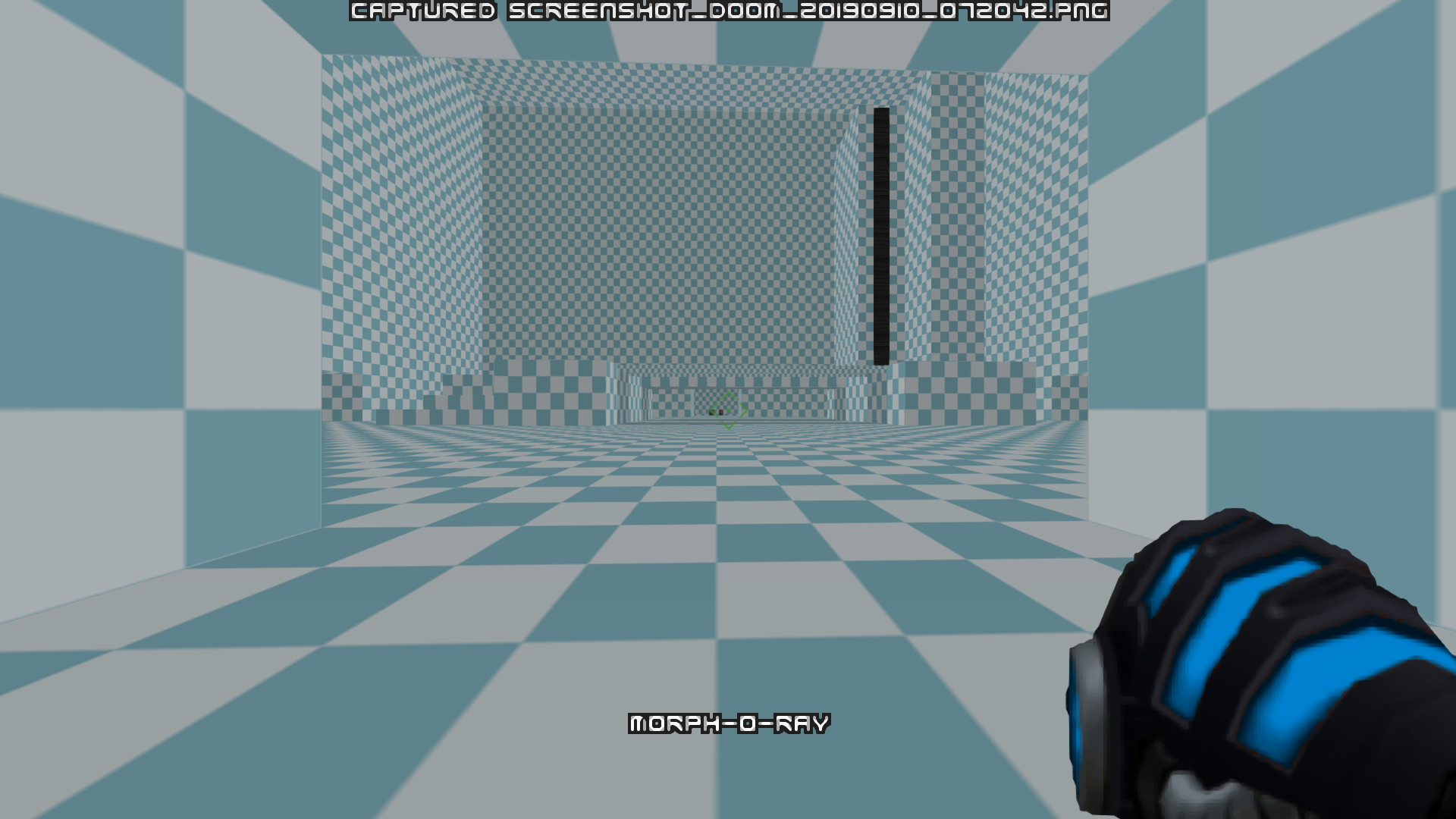 "But wait!" you say. "That's not the Bouncer!" And yes, you would be correct, reader who looks at the pretty pictures first! This is, in fact, the Heavy Bouncer. The two look so similar that there's no way I'm using them both. Just read on and you'll see what I did. 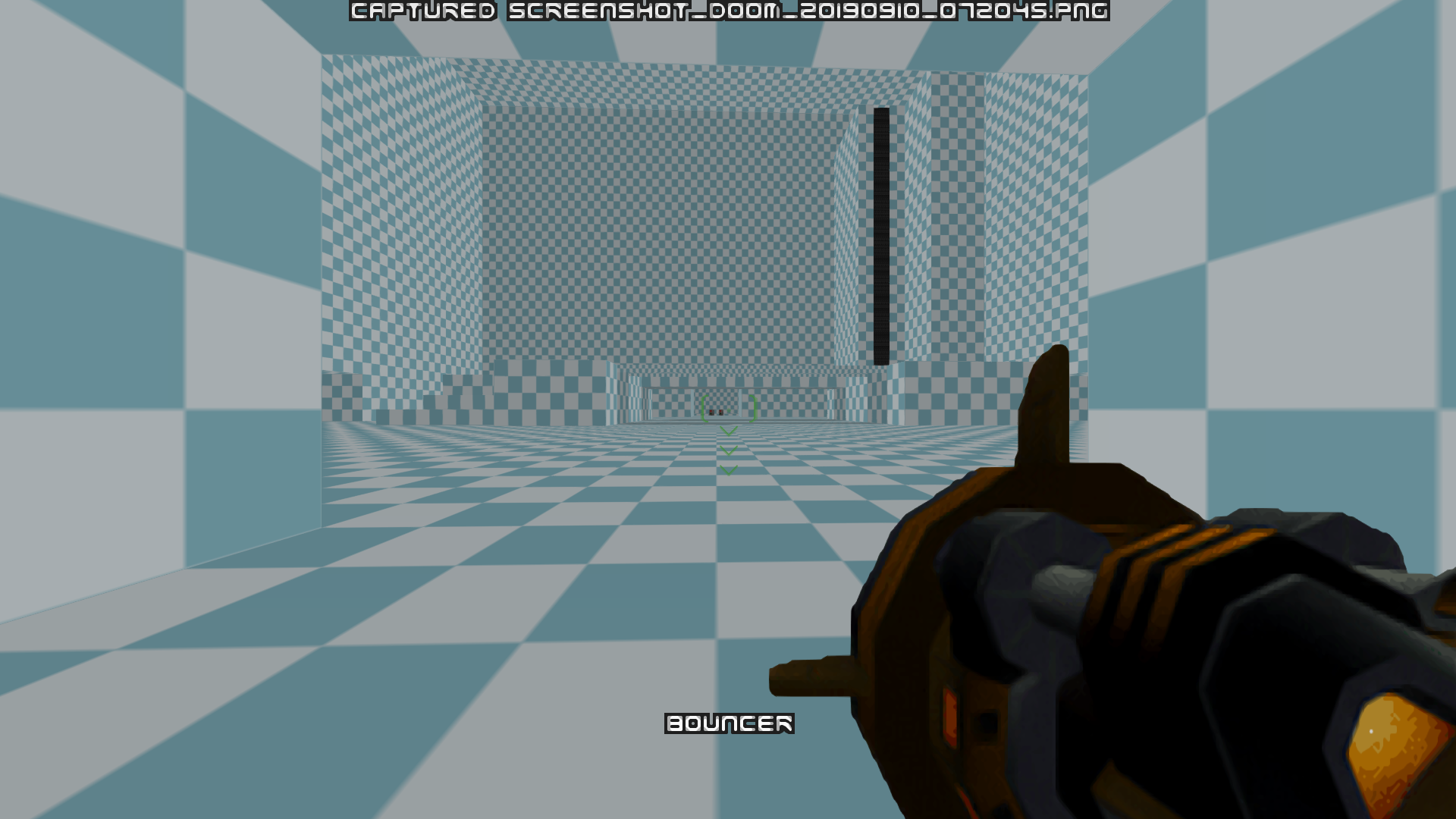 Once again, knowledgeable readers will notice that this is not the R.Y.N.O. they're looking at. It's Going Commando's Mega-Rocket Cannon. Why? Because the first game has no first-person view of the weapons, so I had to make due. This works out fine though. 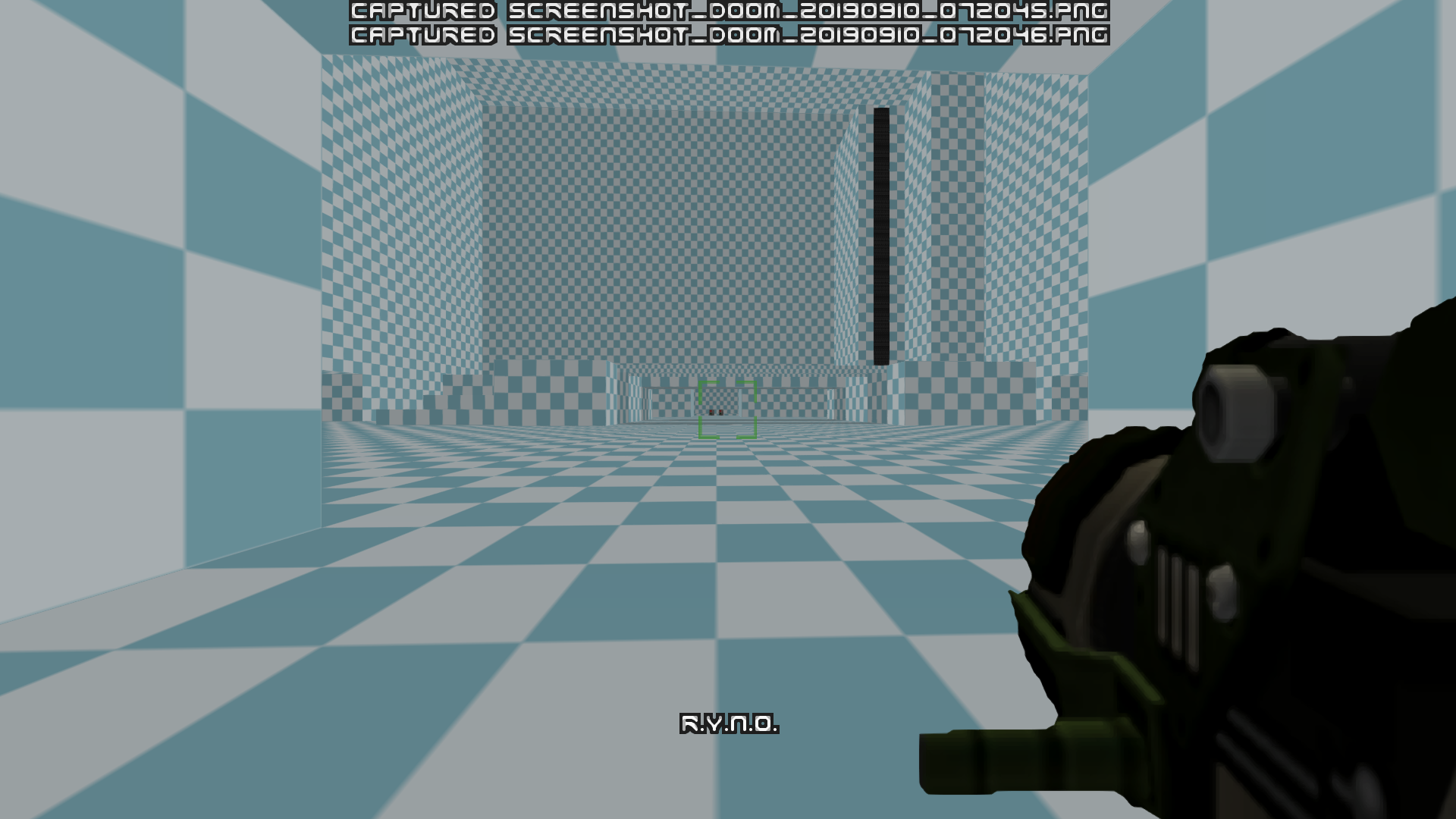 "Geez, Brian! Did you use ANY accurate sprites for the superweapons?" Yes, once! You'll see later. In this case, obtaining accurate sprites was, sadly, impossible, as Deadlocked has a minimap that gets in the way of every gun with no way to turn it off. Improvising with Going Commando's Electrolyzer was the best I could do. 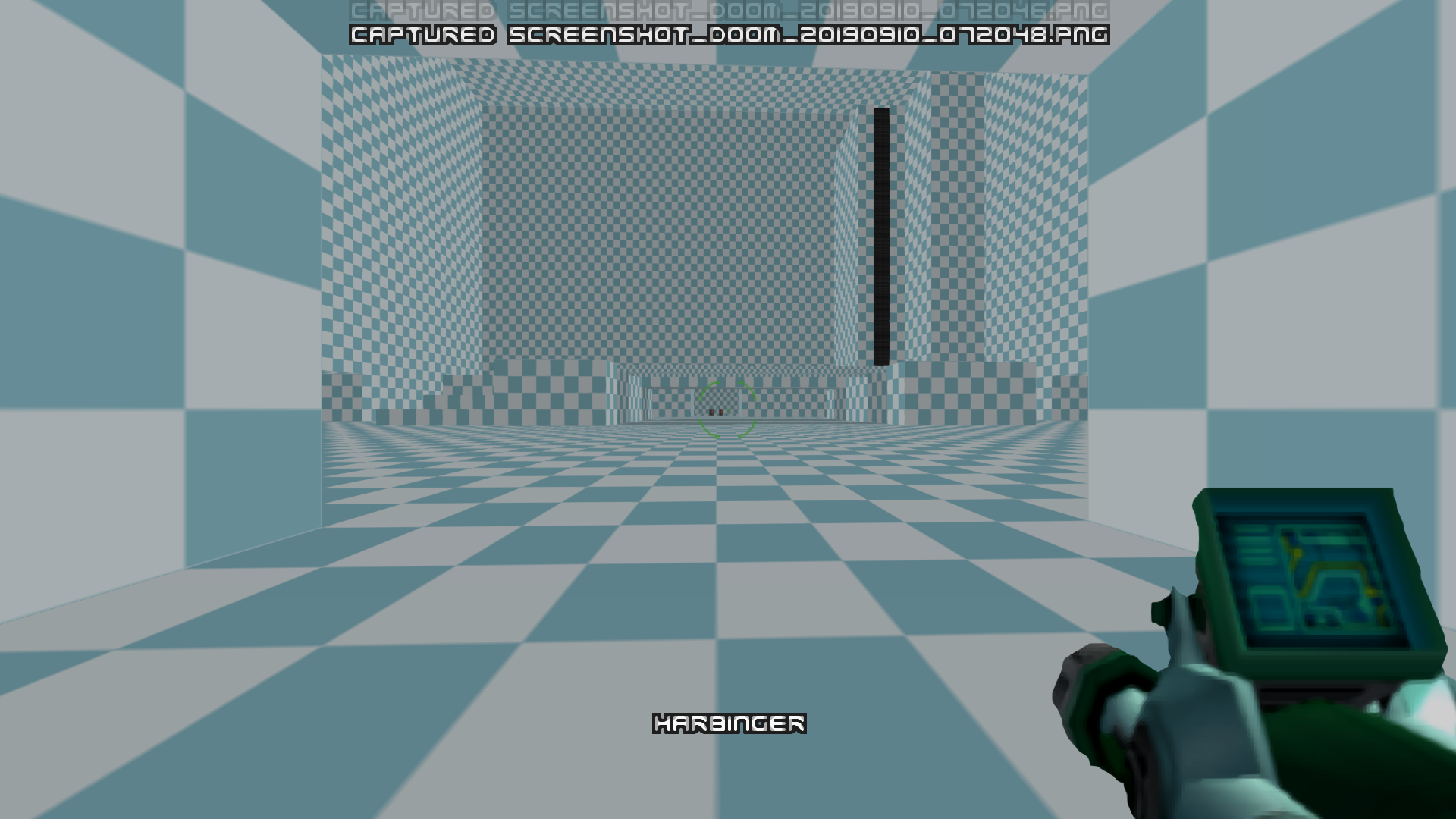 Now, we move on to the V5 weapons starting with the B6 Obliterator. I repurposed the RY3NO sprites and substituted them for Going Commando's Mini-Nuke. This is more fitting in my opinion. 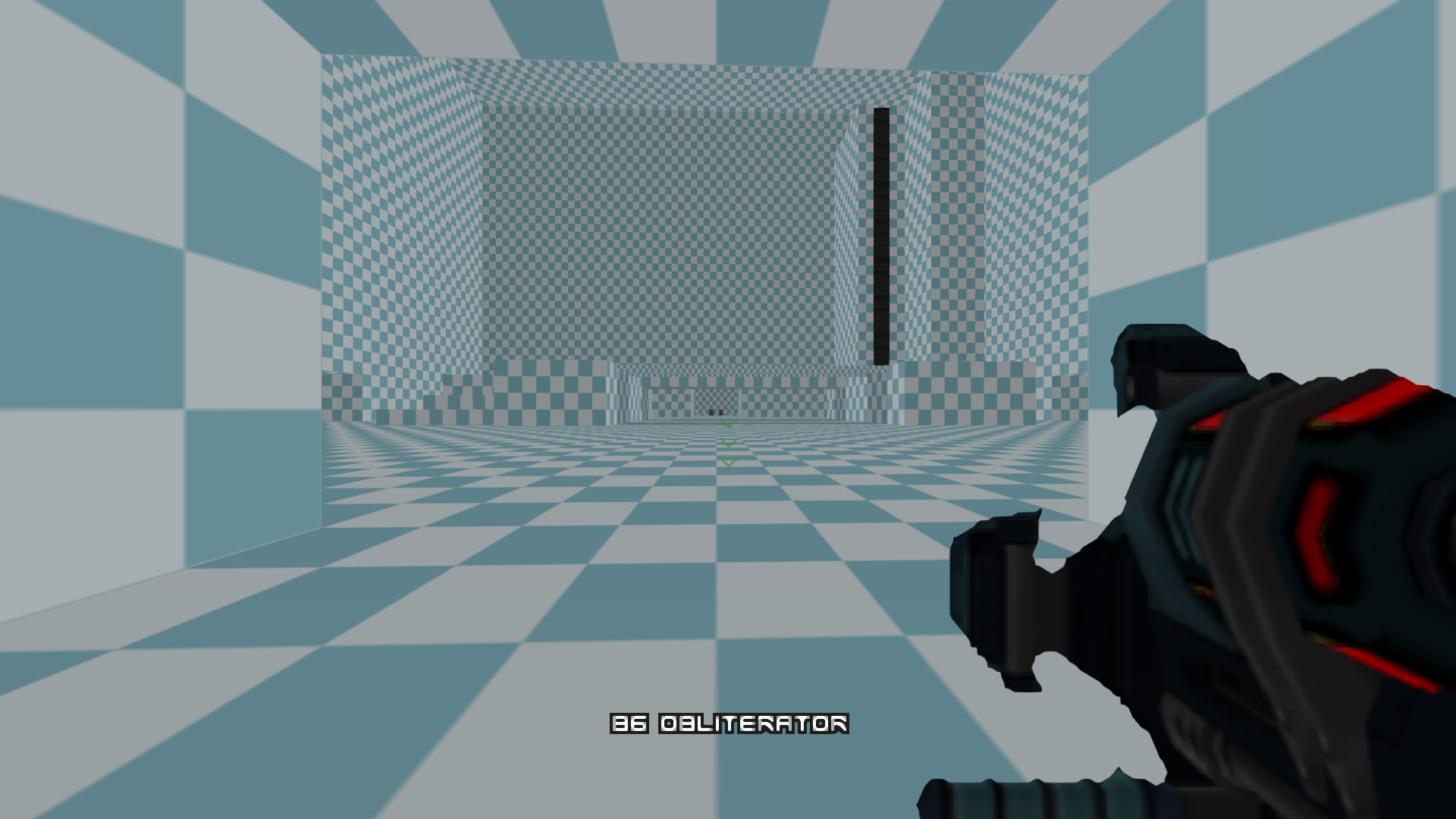 In a further effort to distance myself from Russian Overkill - much as I adore it - I present to you the new and improved Magmabustor! In addition to using the Mini-Rocket Tube of Going Commando fame, it now fires in a tight duck's foot pattern alternating just above and below the center of the crosshair. 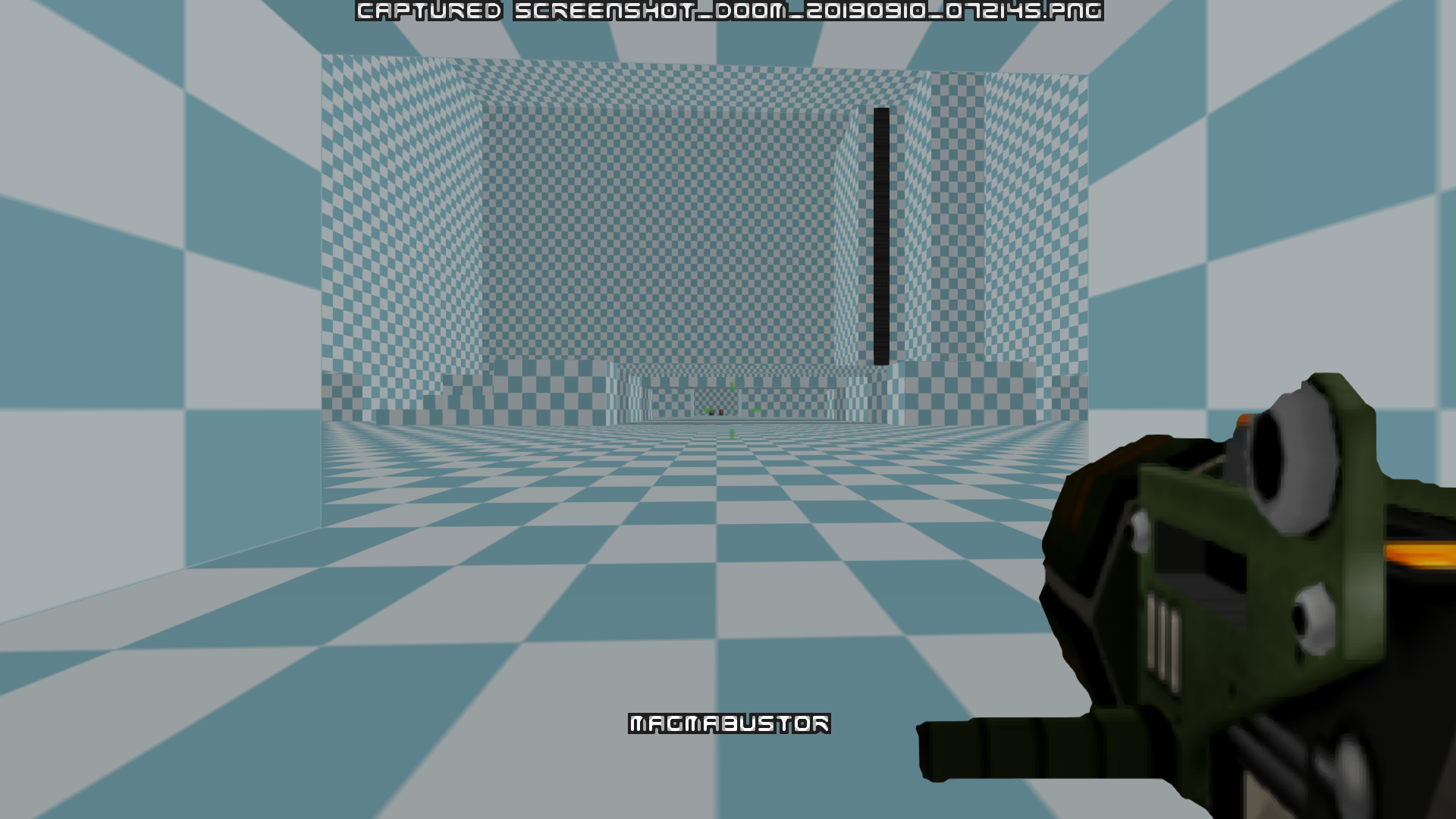 Blitz Cannon! Second verse, same as the first. Kudos to Xterra for giving a double-barrel look to the flare. It does have two barrels after all! 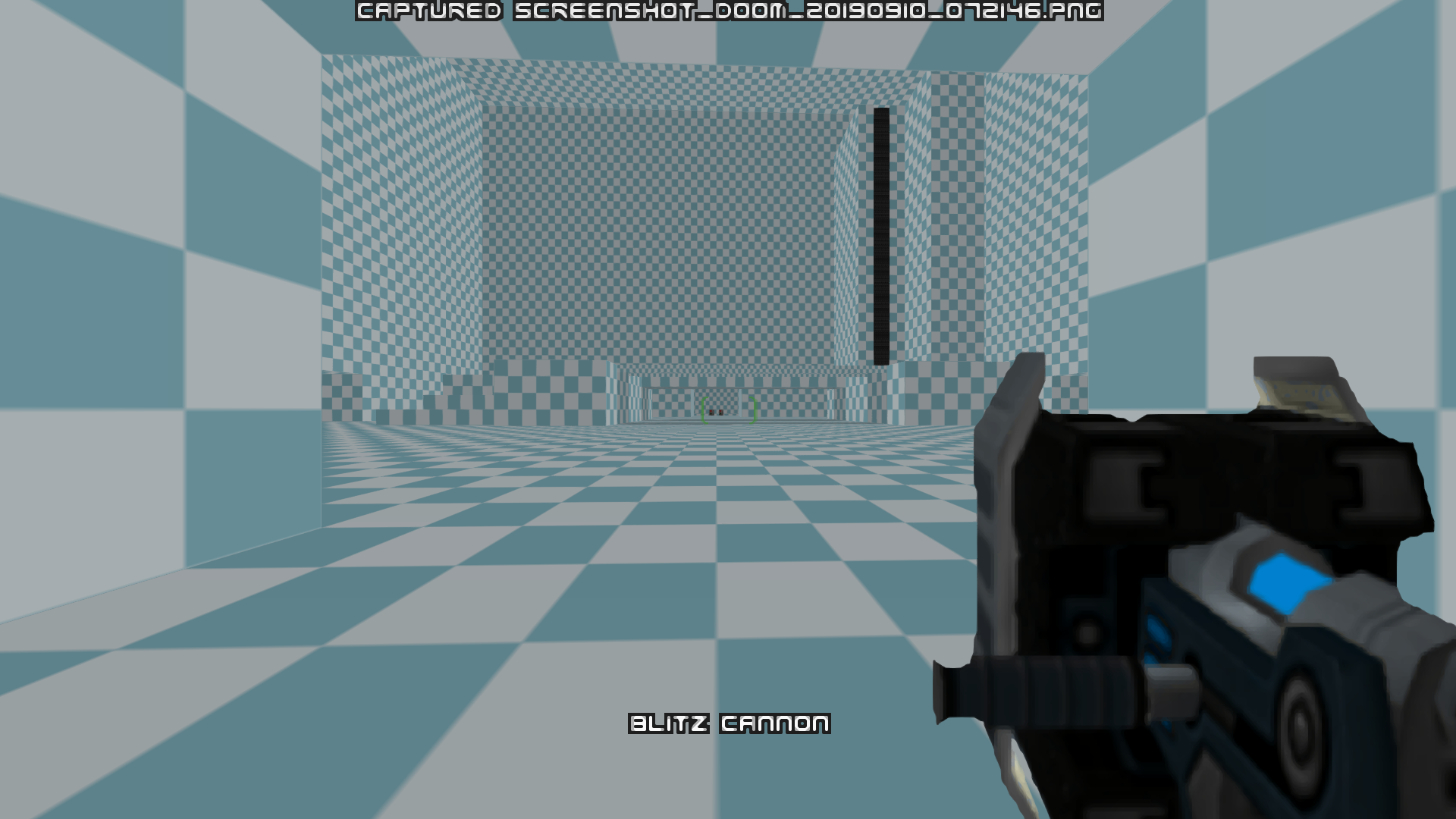 Buzz Blades, be gone! No more goldmapped Ripsaw from Redneck Rampage. Instead, this uses the PFM Layer from Turok 2: Seeds of Evil along with a couple new sounds. Ladies, gentlemen, and everyone else, I give you the Hydra Saw! As a bonus, the blades it fires now split three times instead of two for a total of 15 exploding saw blades! 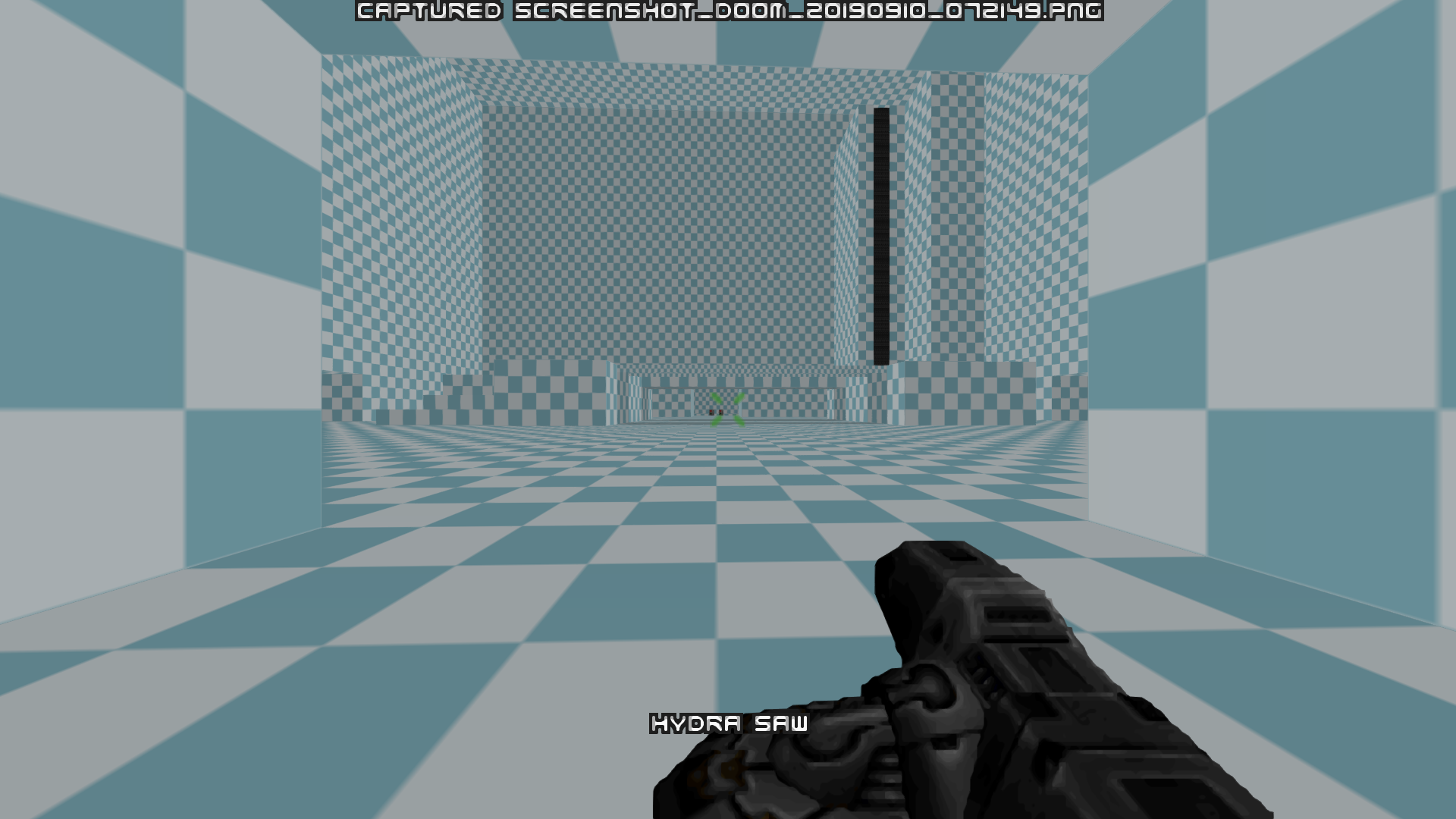 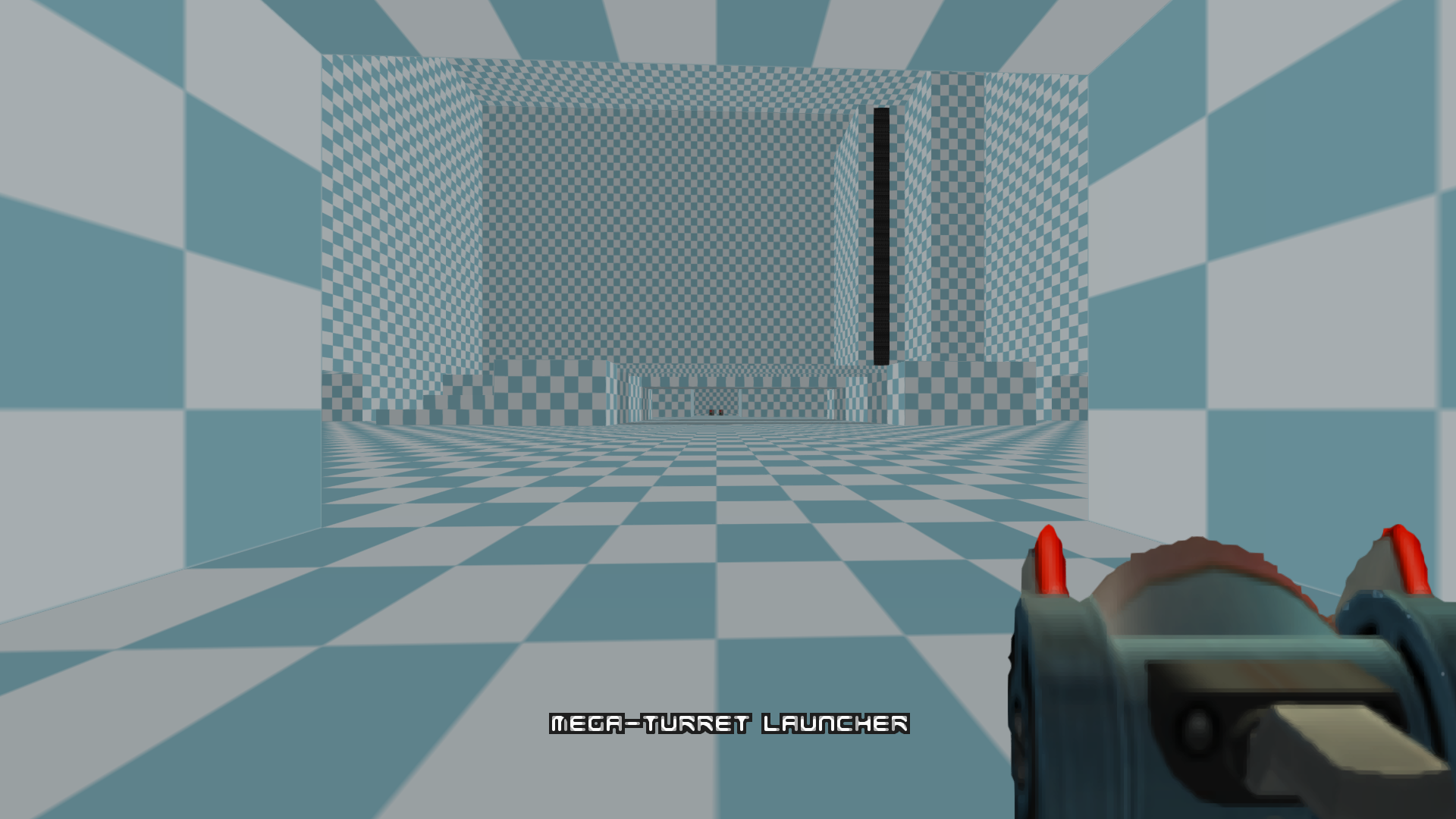 I'm going to lump the Singularity, Hk22, and Feltzin Device here, as everything I needed to say about them has already been said about their base counterparts, what with Singularity using the Shock Cannon and the other two using their own graphics. 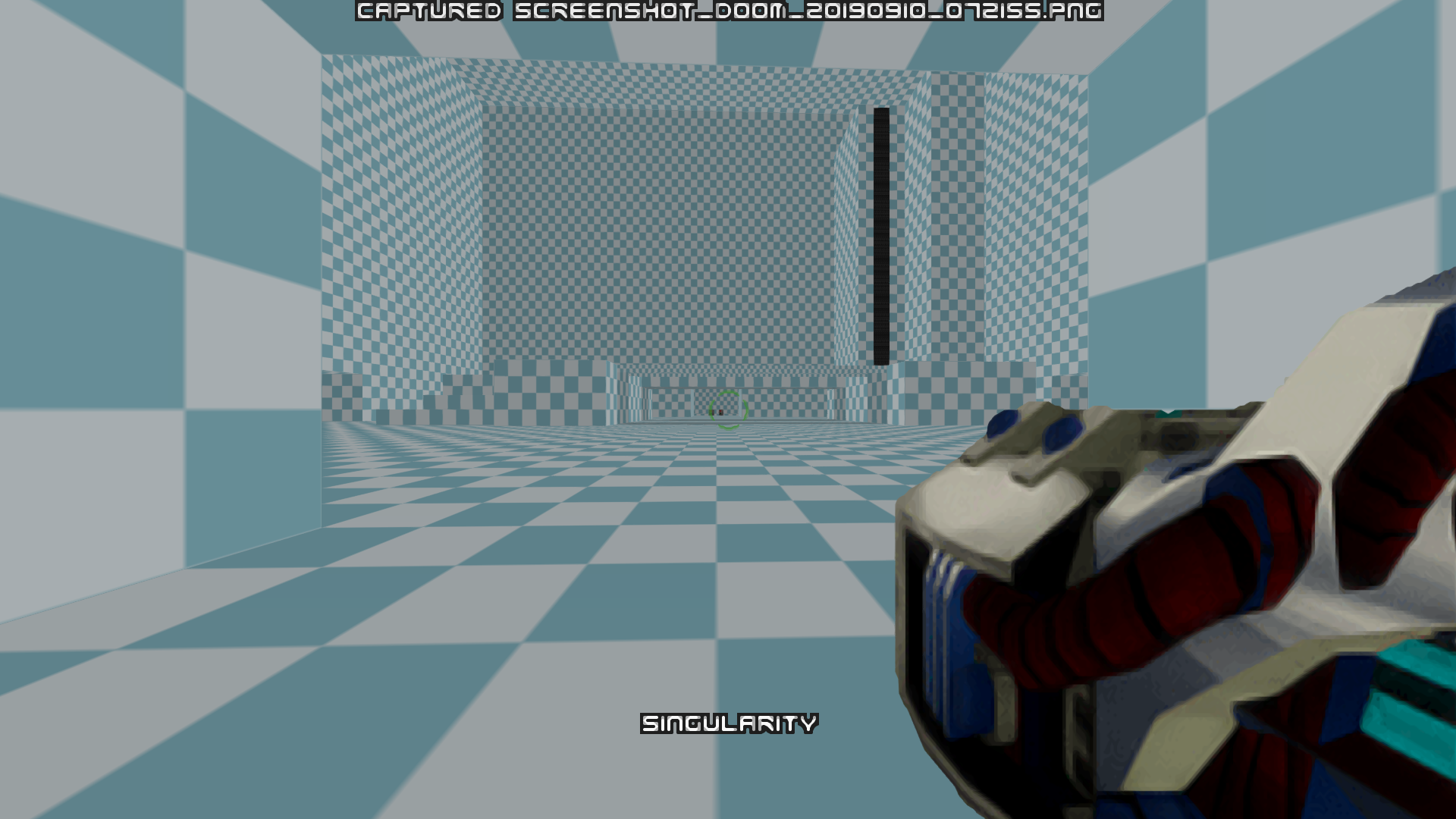 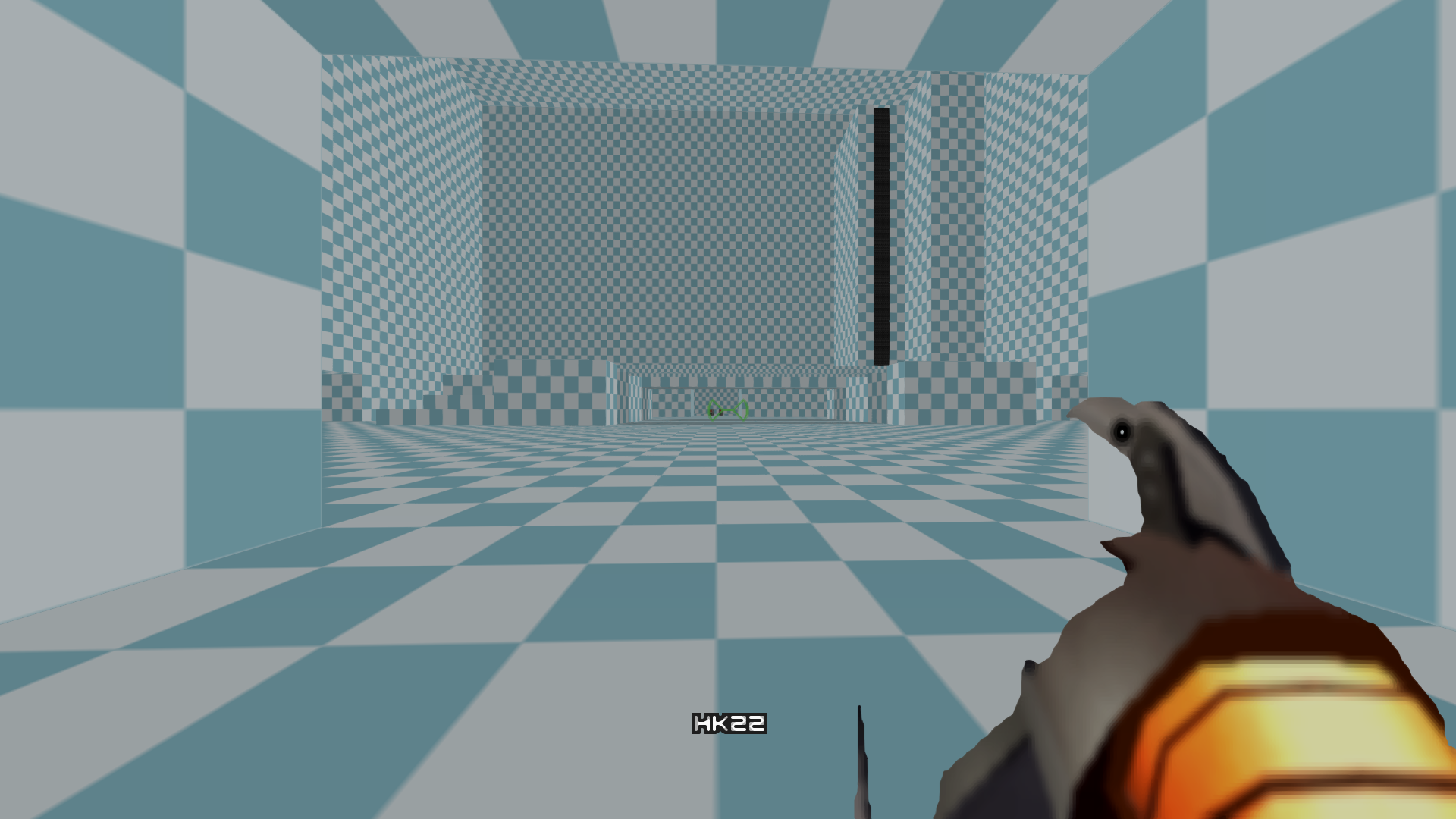 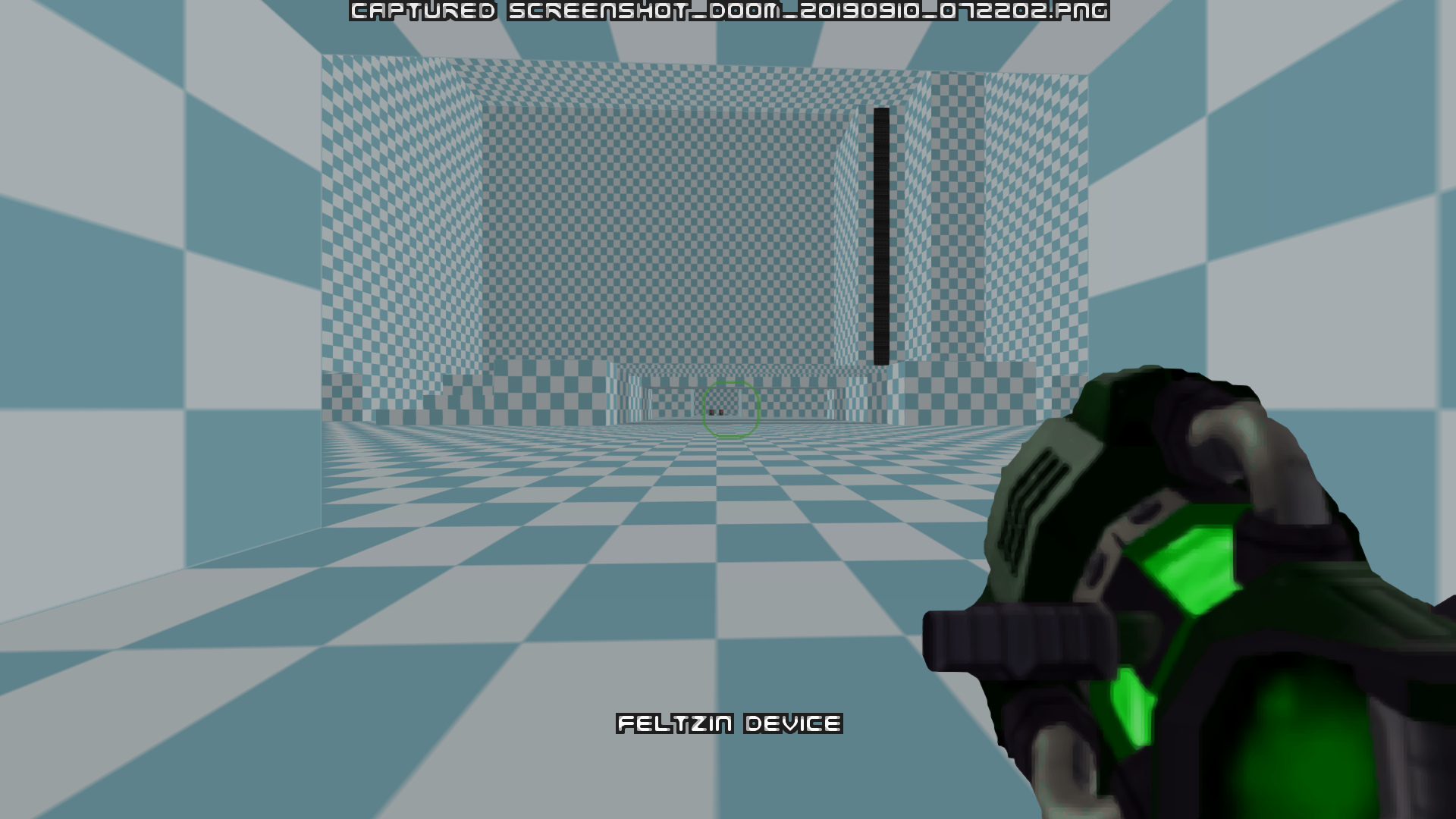 I finally found a use for the Plasma Coil sprites, and it's not for the Plasma Coil! With a slight recolor, this turned out to be a perfect match for the Thunderbolt. At first, I was going to use the Quake sprites with goldmapped sparks, but this is much better! 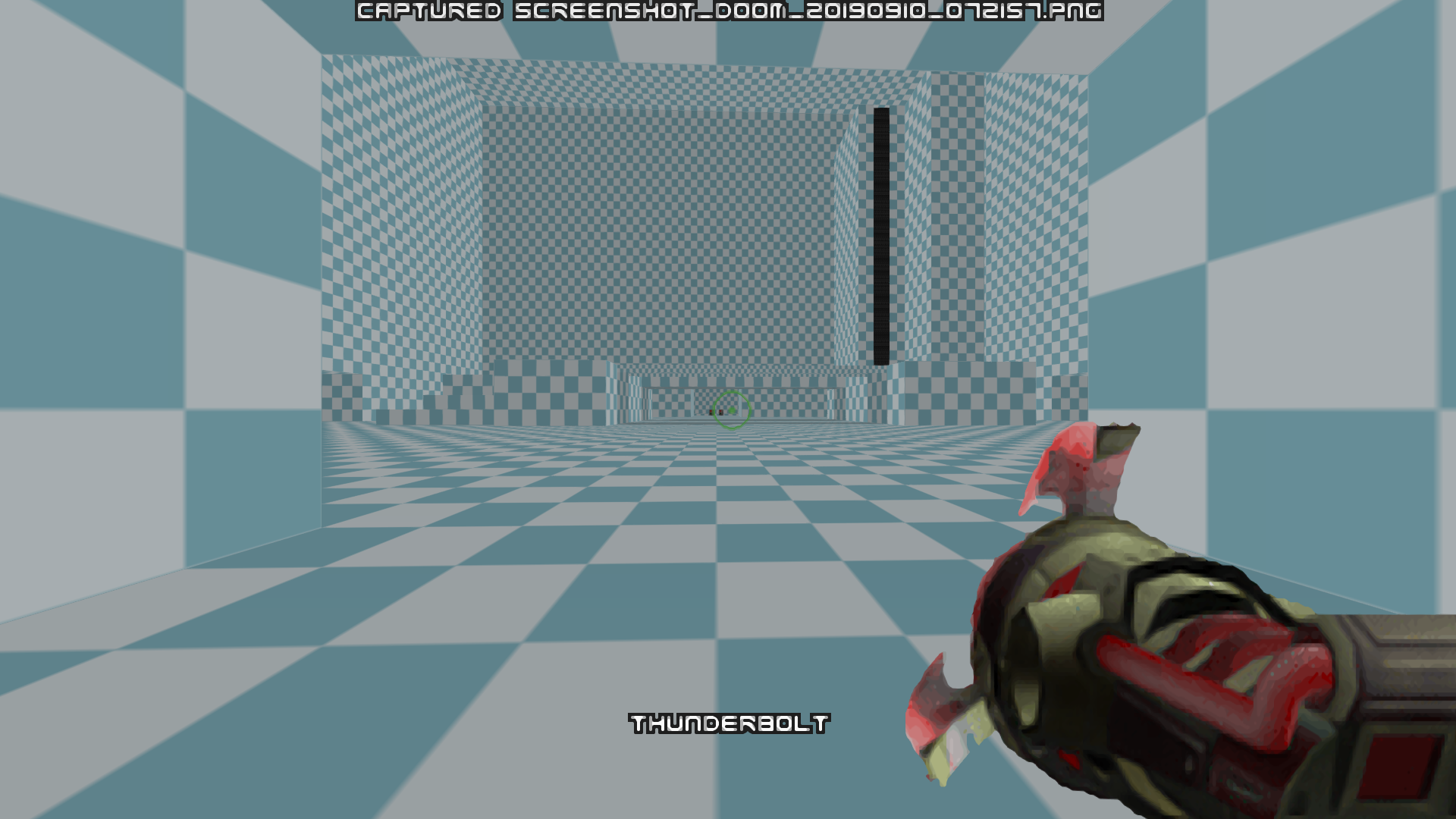 With yet another slight shift in colors, the Gravity Bomb from Going Commando makes a perfect match for the Soaring Comet. Obviously, I don't have a source to pull from for this one as this is an original weapon. 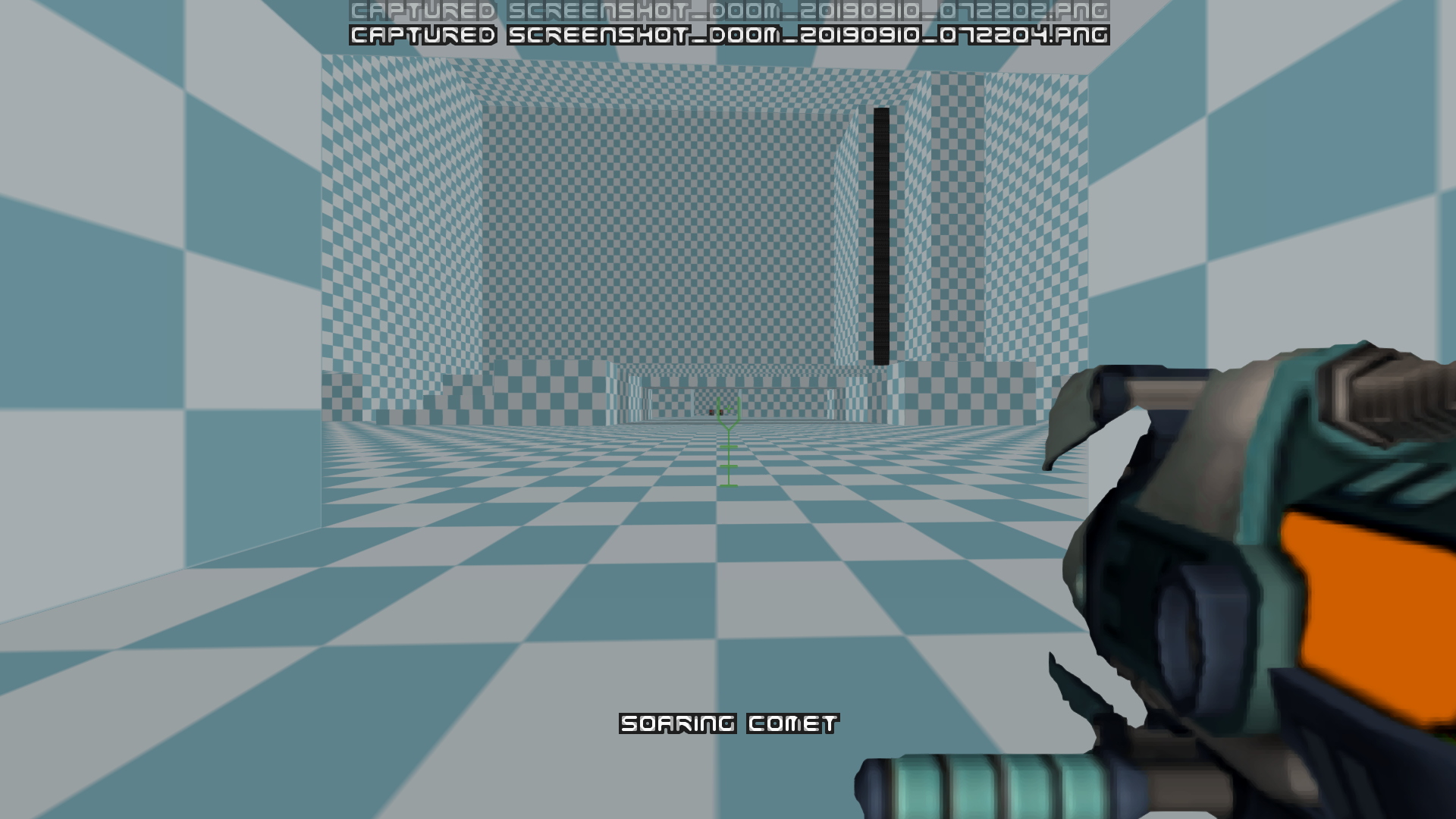 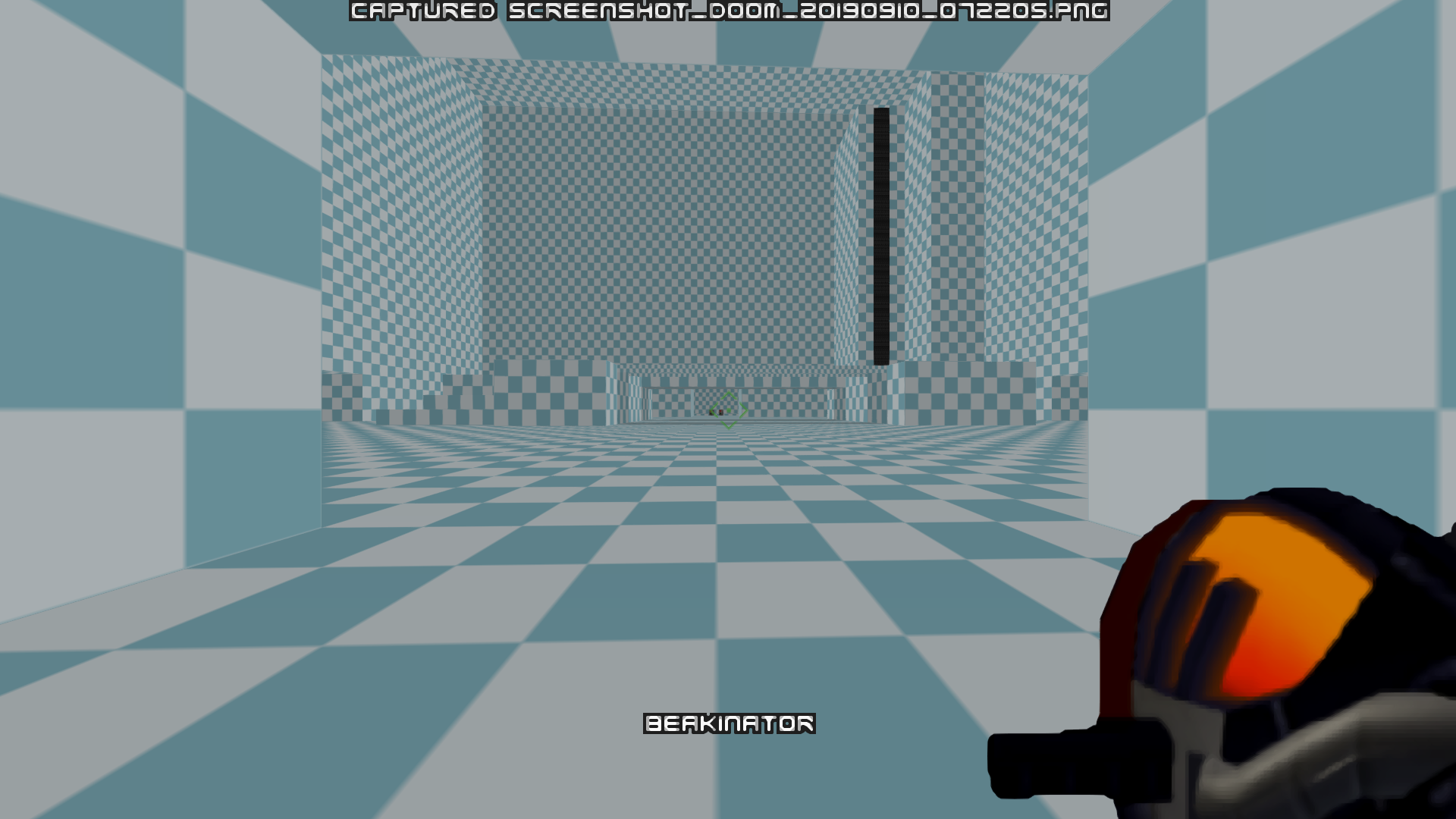 Ah, here's where the RY3NO went! Still looks somewhat like the Heavy Bouncer I think... It's close enough, okay! 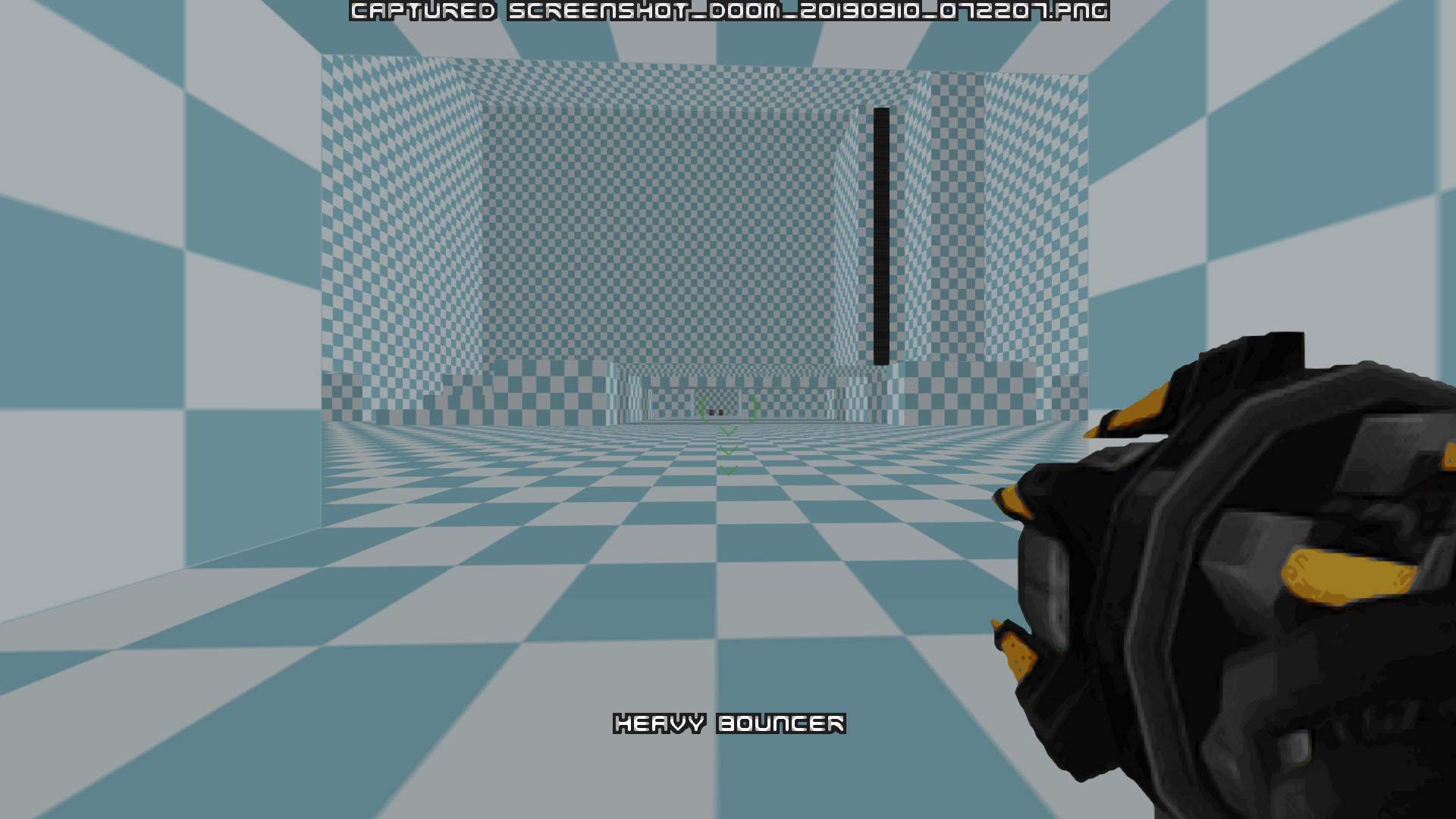 And now, the patience of the pedantic is finally rewarded with the R.Y.N.O. II. "But the flares and missiles aren't blu-" Shut up! 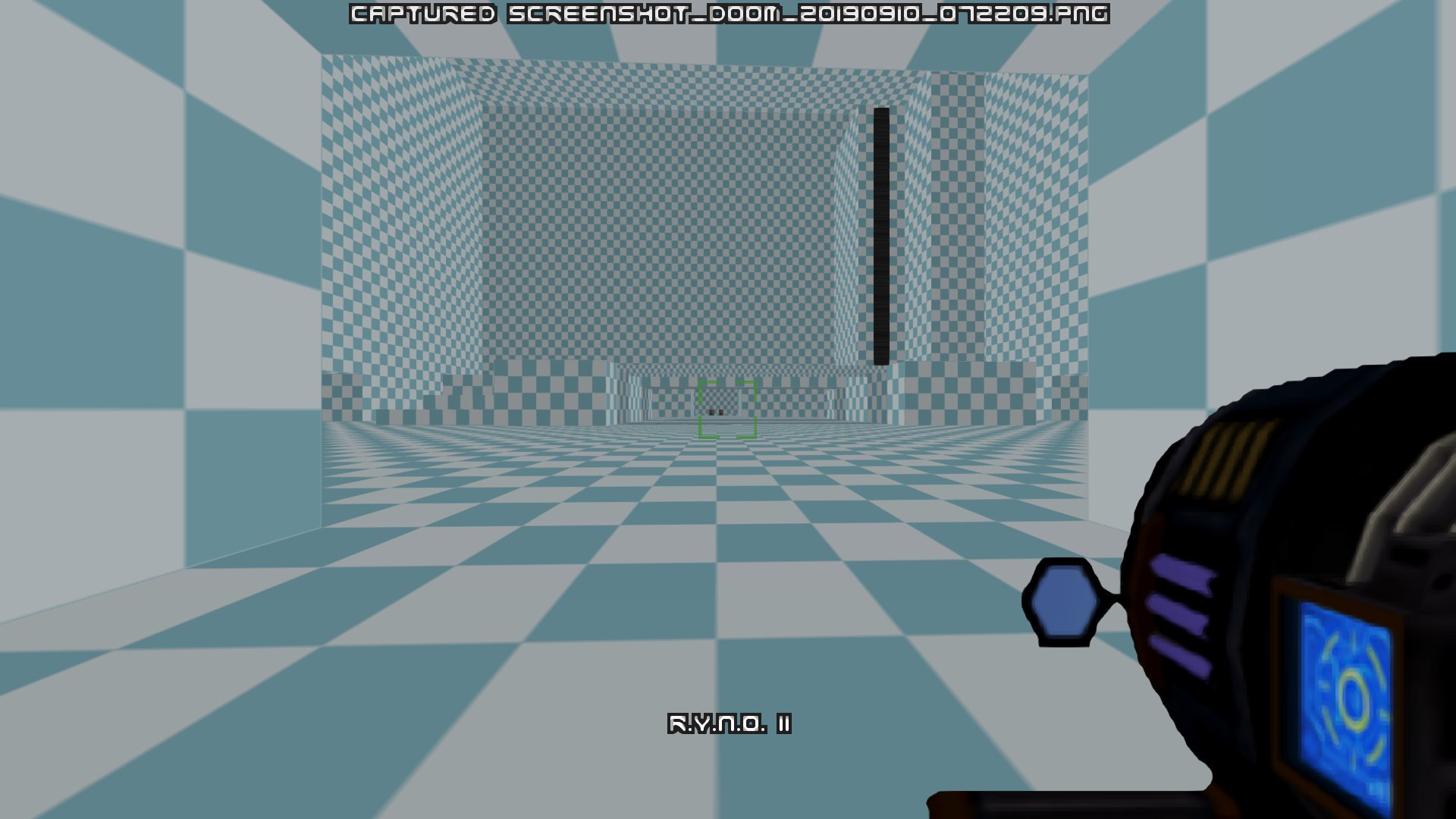 Last, but certainly not least, the Supernova, seen here looking suspiciously like the Visibomb Gun from the first game. Thanks, Going Commando, for reselling this and the Tesla Claw! 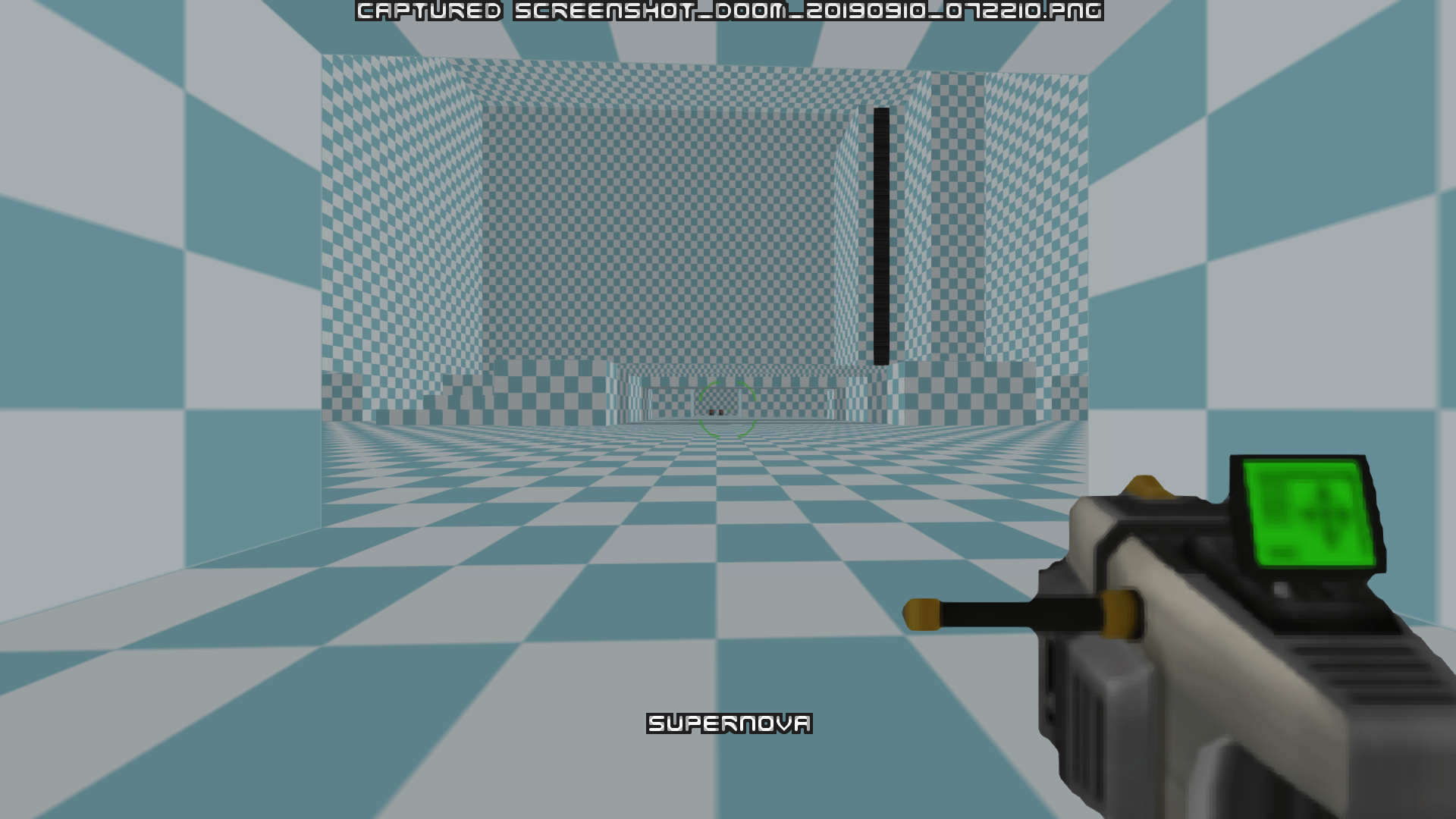 And with that, we conclude our look at the improved weapons for Hot and Bothered 1.1.3. Now, go play ZX!