Valiant-class Interceptors are the orphaned flagship of an ambitious 70s-era project to completely hybridize the light units of the Taiidani Republic and the various Kiith. The project was the result of a number of disastrous joint operations between the 3rd UNH battle fleet and two Republic carrier forces near the bandit kingdoms. Massive damage to the UNH mothership's flight decks and docking sleeves forced the 3rd Fleet mothership to attempt to dock its strike wing to the Republic carriers. The Taiidani carriers, however, had unfortunately incompatible internal structure, forcing almost a hundred and fifty UNH strike craft to be ditched and destroyed on the scene.

The Valiant was going to use off-the-shelf engine modules and weapons systems, and was contemporary to the Republic's carrier upgrades. Finally finished in 82 after passing the deadline three times and exeeding the budget by an order of magnitude, the remaining planned ships from the hybridized lines were reluctantly shelved and the Valiant went into testing cycles, and surpassed all expectations both positive and negative.

Firepower is given by two Taiidani-style single-barrel heavy railgun mated to next generation power supplies. The projectiles fired by the Interceptor mass about 7.5 kilograms, similar to the mass of the burster of old Kharakid light artillery guns. These rounds are comprised of a 3 cm x 12 cm high-density penetrator that masses 1.63 kilos; the remaining mass is a lightweight protective foamed material with a light nose charge to absorb micrometeroid impacts and help defeat whipple plating and ablative armor. Three cubic meters of storage provides each weapon with a magazine of 630 rounds. The effects of these weapons on anything smaller than a cruiser are immediate and extensive making the Valiant an excellent choice against any target in the modern battlespace. Energy cannon equipped bombers still have superior performance against large targets, but a mass of Valiant-class Interceptors can furnish excessive firepower.

Test pilots almost immediately complained about the largest change in the Valiant over previous generation models. In order to minimize space demands for life support and other electronics, designers of the Valiant line scaled down the cockpit dramatically and removed the electronics officer's position entirely. ECM and EW duties are handled by the pilot with assistance from onboard expert-systems. Almost all tests were deluged by complaints about the new cockpit architecture, though none faulted the increased power of the craft. Maintainence technicians grumbled about the hideously complicated control feeds and the touchiness of the maneuvering thrusters, but in spite of this all production was authorized after the prototype shredded several drone-piloted Bandit fighters in a single long salvo.

On the Higaaran side, Valiant production took six years to step up to full, and in that time it was the subject of massive controversy. Many line pilots lost control of the overpowered fighter, and shortages of the new ammunition and components caused remote carrier groups to switch back to the previous generation of fighters. The Republic fleet replaced approximately a fifth of its main-line fighters with the Valiant, and assigned those squadrons to the battlegroups operating near the Higaaran zone of control. The next generation of Higaaran pilots have acclimated entirely to the Valiant's hull, and it has escaped its checkered past to become known as one of the most deadly light craft in the galaxy, heavily sought after by bandit warlords who seek to use its powerful cannon to disable larger craft. 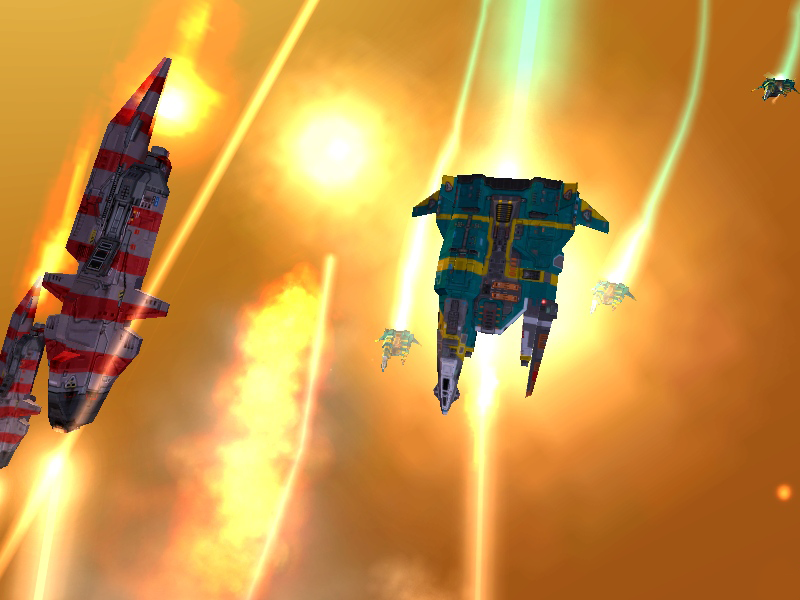 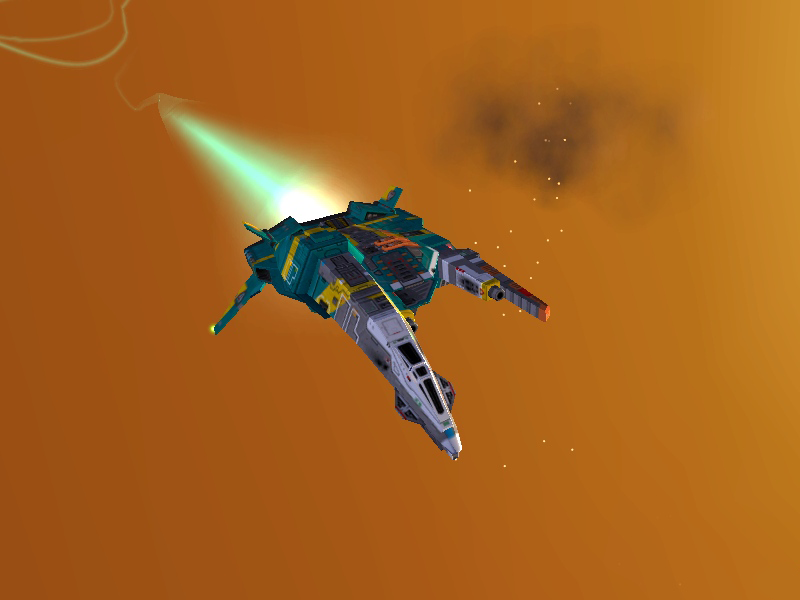 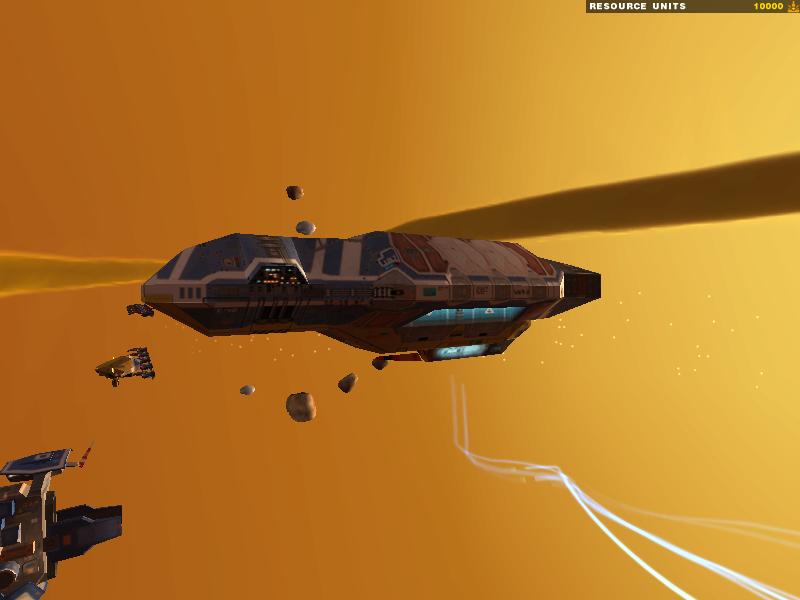 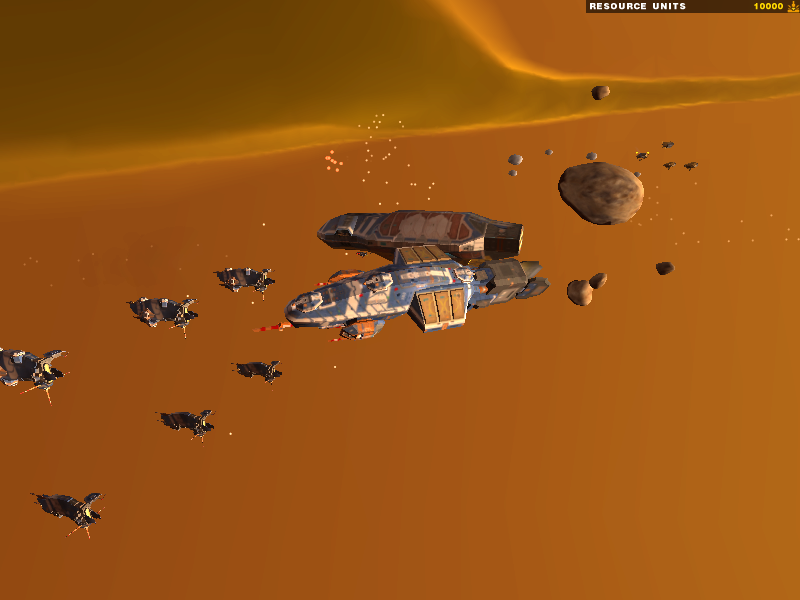 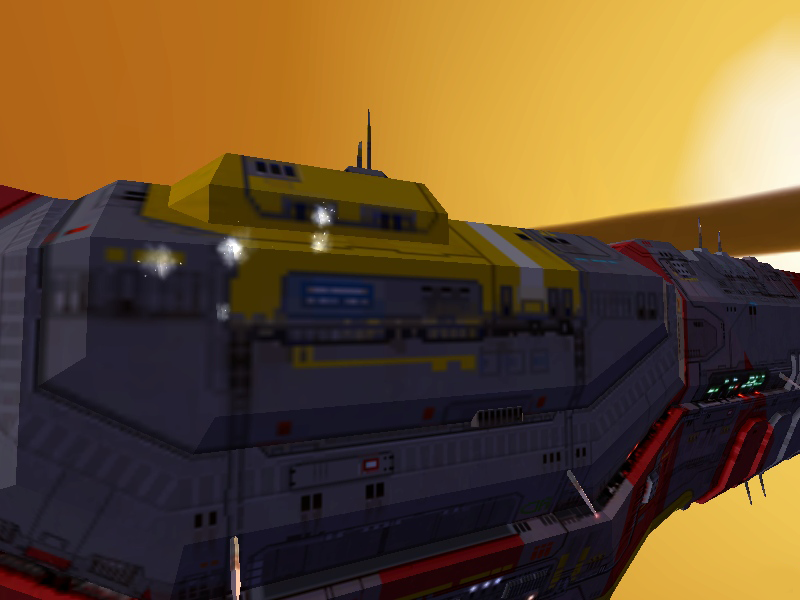 Yup, it's that time again. Of note: We have a new background. We've moved the other one to another background file, so you can still see it on the right maps, but we're showing this one off now. If you had any performance issues before, this one is more lightweight. The starting fleet has all the ships in play now. The AI may work, but we've not tested it much at all yet. If you give skirmish a swing with UNH enemies, we'd greatly appreciate hearing how it works. We also recommend you check out the color picker window, as we've done exciting things with it.

As always, we have .big file and .rar archive.

Very nice! This is now on my list for when I reinstall HW2.

Looks very nice :), I'm a huge fan of the Homeworld universe, so always glad to see it being maintained!

One question, what do you mean by:

"A total conversion from Homeworld 2 to a "second" Homeworld game"?

Well, more properly a third, taking into account cataclysm, but the essential idea is that we were rather dissatisfied with many of the directions of Homeworld 2 and are replacing it to the best of our abilities, not expanding on it as many choose to do.

Ah, so the idea is that this is the TRUE sequel. I like that idea - HW2 left me pretty cold, really.

Totally forgot about this mod- man I need Homeworld 2 again..

it's a pity THQ won't be around much longer for Homeworld 3 to happen-- ideally Relic should break off before the ship sinks- then produce Homeworld 3.