It’s been three long years since Half-Life 2: Wars first exploded onto the Source modding scene with Beta 0.1 back in November 2007, and almost two and a half years since our last public release, Beta 0.5 of July 2008. Today we are happy to announce the release of Beta 1.0, the first multiplayer public beta of Half-Life 2: Wars! 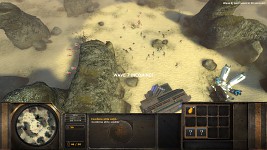 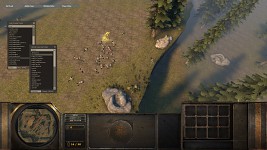 The multiplayer beta has vastly improved performance and entirely reworked code from 0.5 (which is why it has taken more than two years to deliver!) and features three multiplayer game modes: Overrun, Antlion Skirmish and Antlion Capture the Point.

The Overrun game mode can be played with multiple human players, each of whom commands a Combine garrison in a remote area infested with Antlions. Players work cooperatively to build defensive structures and purchase units to defend their garrisons from never-ending, increasingly stronger waves of Antlions. The objective is to survive as long as possible before the Antlion swarm overruns and destroys the Combine outpost. Overrun features several Combine defensive structures like hopper mines and autoturrets, and a whole host of familiar Combine units from HL2, from the SMG soldier to the fearsome Combine Elite.

The Antlion Skirmish game mode (formerly referred to as the Antlion demo before we decided to add Overrun to the mix) is exactly what it says – multiplayer deathmatch between competing Antlion colonies. Each player controls a hive of Antlions and battles it out online with other players for control of local pheromone markers, which produce Antlion grubs that can be harvested by Workers and then used to purchase units. The match ends when one Antlion colony reigns supreme and annihilates all competing colonies. Antlion Capture the Point (CTP) is a variation on this game mode; as a CTF-like game mode, the name explains it all.

Enough with the explaining already and give us the damn download, you say? Here you go (just don't get so carried away with how awesome it is that you forget to vote for us for MOTY 2010!):

Hopefully some of you fine server administrators out there will put up some dedicated servers, but to get things started we have set up a public multiplayer server at 74.86.5.229:27015.

We’d love to hear your comments, questions, praise and criticism, so head on over to the HL2: Wars community forum and post away! If you enjoy the Multiplayer Beta, we’d appreciate it if you showed some love and vote for us in the Mod of the Year 2010 competition by clicking the button at the top of the page. There are only a couple of days left to vote, so hurry!

i am getting a mountfilesystem error

Would the mod be better located under EP2 then? That should help a little showing the minimum requirement is EP2 rather than HL2. (Not sure if you can move the mod in the settings though)

i only have episode 2 from the orange box cd , i dont have it on steam

Activate it on Steam.

get a legit version that is

He is a naughty pirate. II maties

That was funny. "EP2 from the orange box" :D

Hey guys, I only have the butter and the meat from the sandvich! :p

i think u got him wrong, it wasnt something like that he said, but ok
it doesnt really matter

Sounds like an incredible update. Good work! look forward to trying this out at a lan :)

Definitely gonna be trying this out, looks great!

The Landscape looks very boring. Maybe build a street or place some buildings.

There are a lot of things to fix.
For example Antlions can jump down cliffs but on one Map they can´t go back up to the platform. (its the map with the bridges. Don´t know the name right now. :)).

Hope there will be in future a zombie race. :) And the Combines have a strider or a battleship or something else like this. :D

Hell, it's about time!

Oh wow, it has already been two years?! Incredible dedication guys. You got my download and vote.

Don't want to troll but so called CTF is CTP...

Maybe they write it as "Phlag" instead of "flag".

Or maybe it's suppose to be Capture the Point...

AAAAAH already voted -_-, overwatch :/ its a good mod but this is better, i should have waited

You can vote multiple mods lol.

Couldn't be the interface background (on the bottom) be more sharper?
Still, nice idea. It gets a vote from me for the idea and the effort.

Hmm. Does anyone at all in this game?

there is people playing right now

Of what I have played this is very enjoyable, but it still needs alot of improvement.

Indeed. The whole point of a multiplayer beta is to get feedback on how the mod runs. We have got alot of feedback so far, so alot of changes will be coming

I'll give it a try. Is there no antlion player vs. combine player, though? I'll see.

I noticed the zoom in and out is not bound at all, so you can go through the ground and really high in the sky.

Awww we can't even play as combine or rebs in skirmish?

Not yet. When we're finished polishing up Overrun, our main focus will shift to implementing the Combine and Rebel skirmish factions.

Does this mod require episode two AND the orange box SDK?

Well, Source SDK Base 2007 comes with Episode Two, so the only requirement is Episode Two.

Anyone play this mod?, i can only see one server, 0 players.