Last time we revealed locational damage, and prior to that, we've talked about changes to infantry combat. Here's more elaboration on locational damage zones and values for vehicles, plus some pretty exciting news about new engine features for infantry. Goodbye, bunny-hopping!

Last time we posted it was about new engine functionality for tanks, with a video demonstrating that locational damage is now in. There was a lot of good feedback, which is great to see, because a few of the changes we're looking at are a bit unusual for this engine simply by virtue of the fact that up until days or weeks ago, they were not yet possible. We're getting a lot of work done, and have some new helping hands to offer the TT engine development crew who have made a lot of this stuff possible over the years.
Some players were concerned about the amount of damage being done in the demonstration -- but no need to be worried, the rather high multipliers were there just to make it more obvious that the logic was working properly. For more realistic numbers, real weakpoints (shown in red on illustrations) will probably be about 225% damage, and minor weakpoints (shown in yellow) will probably be about 125% damage. Keep in mind that vehicle damage and armor values are being adjusted as well as we rebalance things.

Many vehicles still have no main weakpoint (such as Supply Trucks or V2/Artillery), and some have an additional minor weakpoint area (such as the Tesla Tank). Real 225% weakpoints will be featured primarily on heavier vehicles. And in general, if a vehicle is actually armored, its backside and underside will be its main weak area.

Here are a few examples. I will upload some more to our images section. 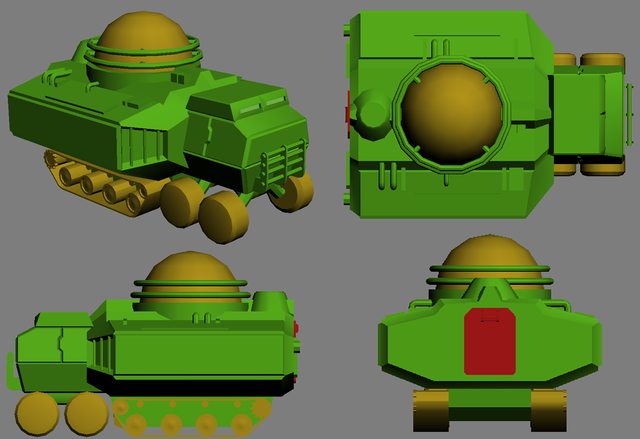 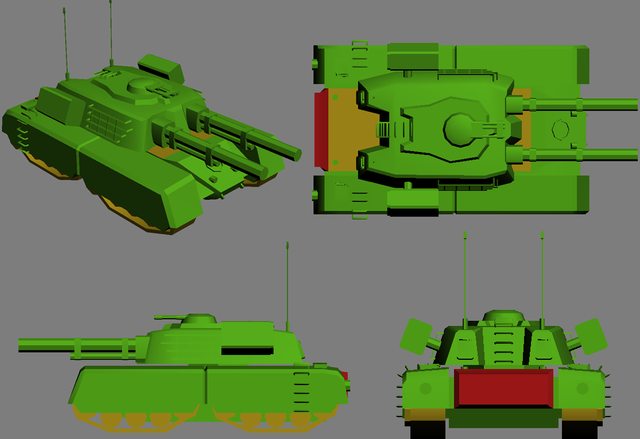 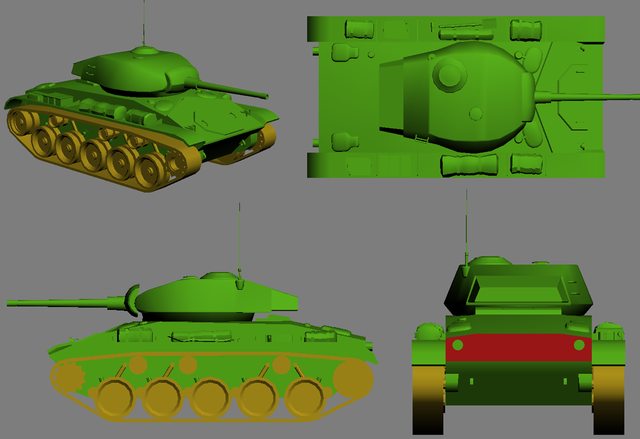 Luckily all of this is relatively easy to configure. The damage numbers themselves are just set up as fields in a text file, and the zone assignment is just some areas selected on the model itself. If something isn't working out, it's straightforward to make adjustments.

One of the important changes to shooting in general (with a big impact on infantry) is that the 400 m/s barrier for projectiles has been broken, so we can actually make faster bullets (which, remember, how have actual size to them). To explain for anybody unfamiliar with this old limitation, any projectile traveling faster than 399 m/s would be considered hitscan, or instant-hit, treated like a laser beam. This limited some of our options and meant we were stuck with a relatively slow upper limit for weapon speeds.

For example, a while back, we tried adding Snipers back to the game with these 399 m/s bullets (while keeping everything else the same about them.) It was quite underwhelming, especially at the distances our Snipers were used to. You could easily sidestep the incoming bullet as you saw it coming, and before we could size projectiles, everything from an AK round to the V2 were effectively grains of sand (smaller, even).

It might be feasible now to re-introduce Snipers with proper bullet travel time and ballistic drop and reasonably-sized bullets now, but we'll see how it plays out. No guarantee there. Right now in our internal test builds, all guns do have bullet drop in except for short ranged pistols. 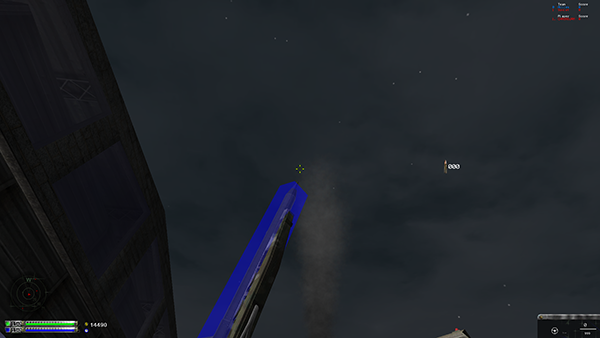 One other problem with Snipers, and infantry combat in general, was movement. People love to jerk side to side, forward and back, while prancing about. Longer-ranged infantry like snipers could often just backpedal, or "kite," their opponents. One solution to this stuff we're looking at is simply making it so you can't run sideways or backwards as fast as you can run forward.

We made soldiers a lot faster a few patches ago while jumping less high, which had its upsides and downsides. They once ran at 5 m/s but currently a Rifle Soldier runs at 7 m/s, a bit quick. I've prepared a test version where Rifle Soldiers are back to 5.5 m/s for normal jogging around and can jump a bit higher again. They also (hold shift) walk at 3.85 m/s, (hold c) crouch-walk at 2.75 m/s, and we've added a new feature (hold ctrl) sprint at 8.25 m/s.

While sprinting, you obviously cover more ground and get around the map faster, but your accuracy is given a penalty (the penalty is based on the weapon itself). Jumping or bunnyhopping also incurs a penalty. Conversely, crouching improves your aim. You won't do as well anymore if you're relying on simply tapping A, D, and Spacebar to jiggle and jump.

Walking no longer is practical, and due to a current limitation you cannot re-bind the sprint key as a new control, plus it causes the radio command overlay to appear, so we're probably going to just remove the walk option. We considered having a player unable to shoot while sprinting (and raised the question in a forum thread to get your feedback) but that seemed a bit too much, so you'll simply aim poorly. 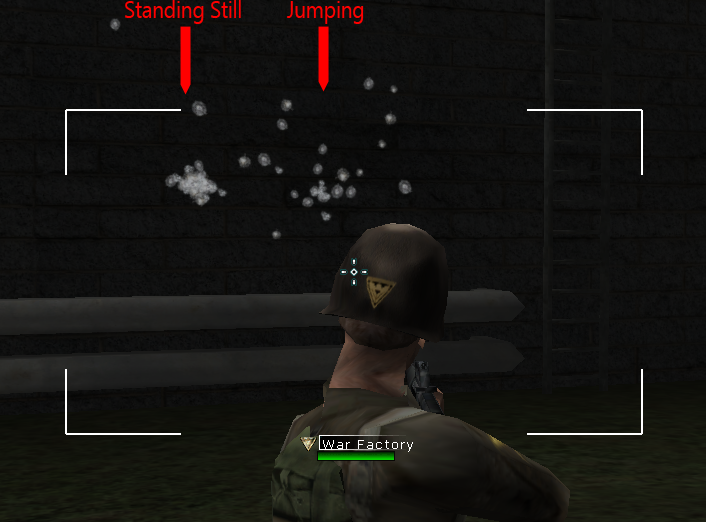 Don't bunnyhop if you want to hit your target

Because these settings are per-weapon, it means you might still have a decent chance of hitting your target if you're running around with a pistol, but probably will need to settle down to make use of an M60 or RPG. I'll remind you now of the usual disclaimer that this is all subject to change, in case we find some gamebreaking reason this cannot be included or change our minds for balance/gameplay reasons. So far it works really nicely though

Awesome keep up the good work!

So where will this exactly take APB to? Also, will these changes be pushed into AR as well?

I hope it'll take it into the present! No decision yet on if TSR or AR will make use of these changes.

OH MY GOD, THANK YOU, FINALLY.

Christ, I am so tired of bunnyhopping and tapdancing, I'm glad this can finally be qualified as a game that favors tactics over twitching.