Another month has passed, and we are still here working hard on Hexia.

I must admit that it seems that much more has passed, it is as if the passage of time has somehow widened in recent weeks. I don't know exactly if it can be considered a positive or negative factor, but it makes me smile as I remember how I looked at the calendar and then immediately exclaimed: "but it's only been a week, how is this possible?"

So what have we been doing all this time?

A new interface, completely revised and improved from every point of view; the "Population" resource changed to the more suitable "Favor"; a new Campaign, which provides real objectives, now you no longer finish the game simply by reaching the hundredth tile; all this and more was implemented and changed in the game in just over a month. 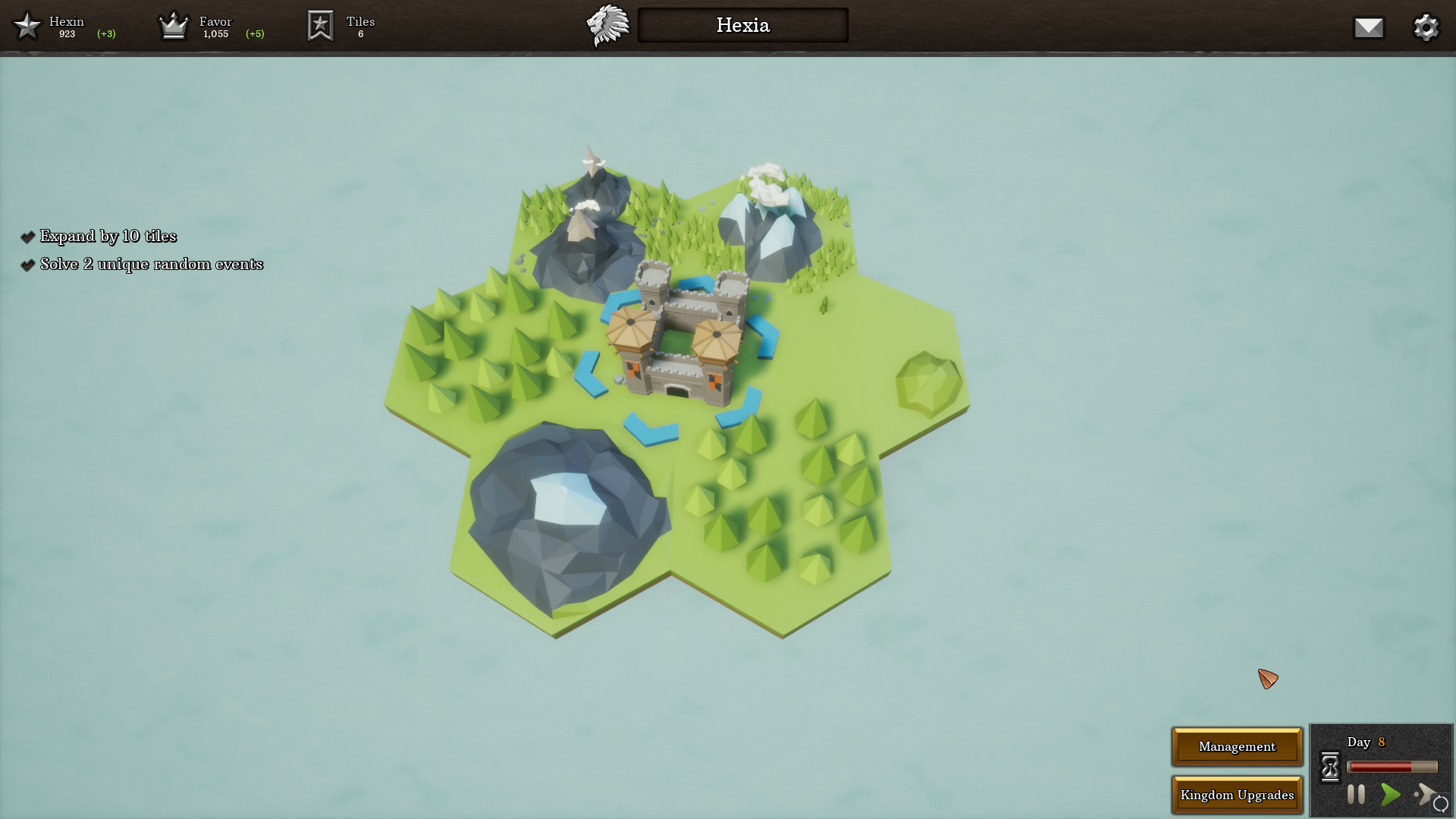 The game has literally transformed, while maintaining its central soul it has changed key features that have influenced the gameplay and flow of the gaming experience. Watching videos or images showing what the game was like just a month ago reminds us how much progress we have been able to achieve, and how far we have been able to go in such a short amount of time. 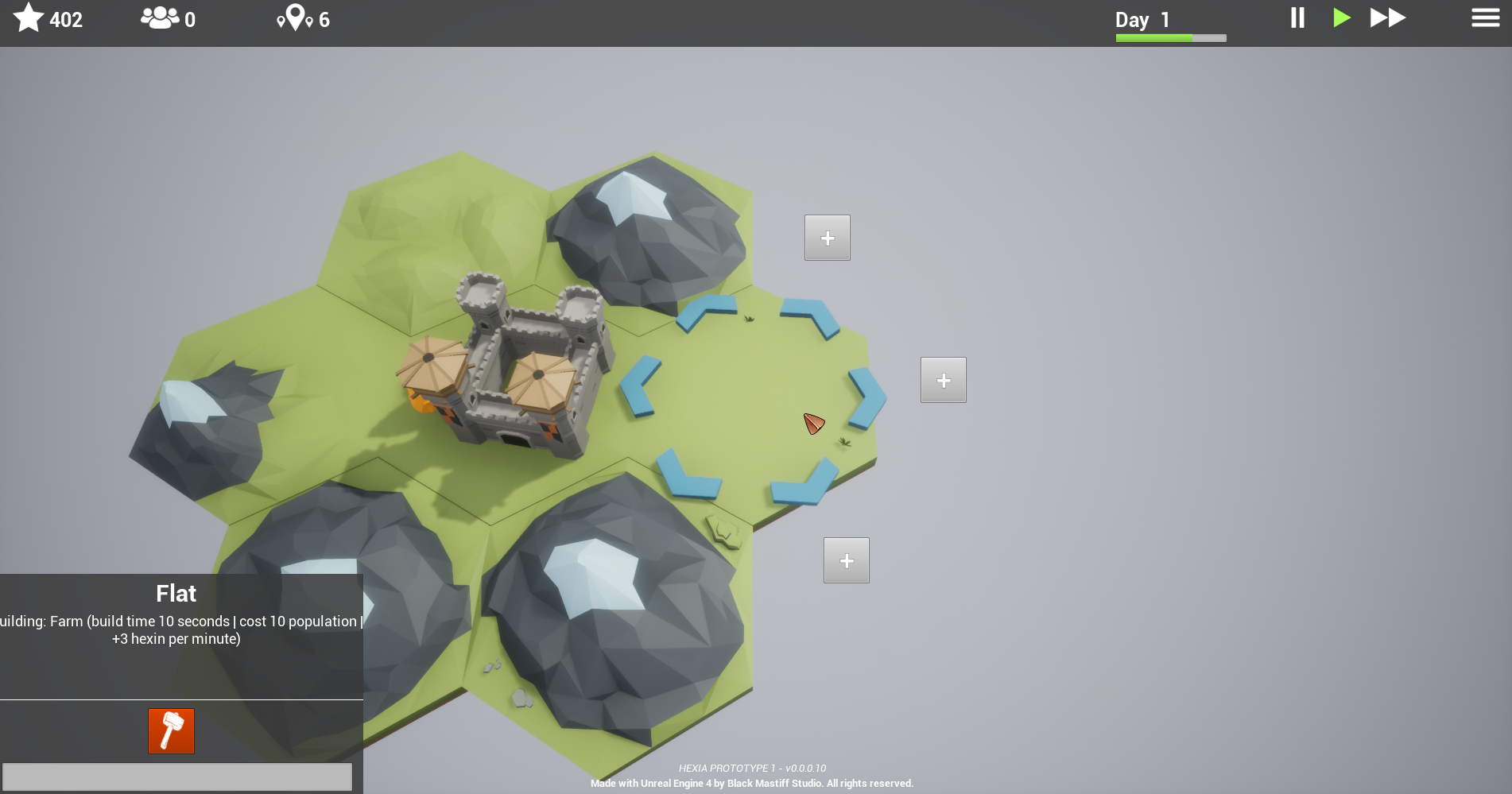 But that's certainly not the end of it! Hexia will have to evolve again and again, because we are far from having reached a final point of development.

Many things still need to be added, balanced and arranged properly.

The events must be increased in number and carefully balanced to allow optimal interaction with the gameplay. The Challenges also need similar treatment, and must absolutely be increased in number and carefully modified. Kingdom Upgrades need to be rethought from head to tail. The economy of the entire game must be developed and structured by creating more constructions and interactions between the different tiles. 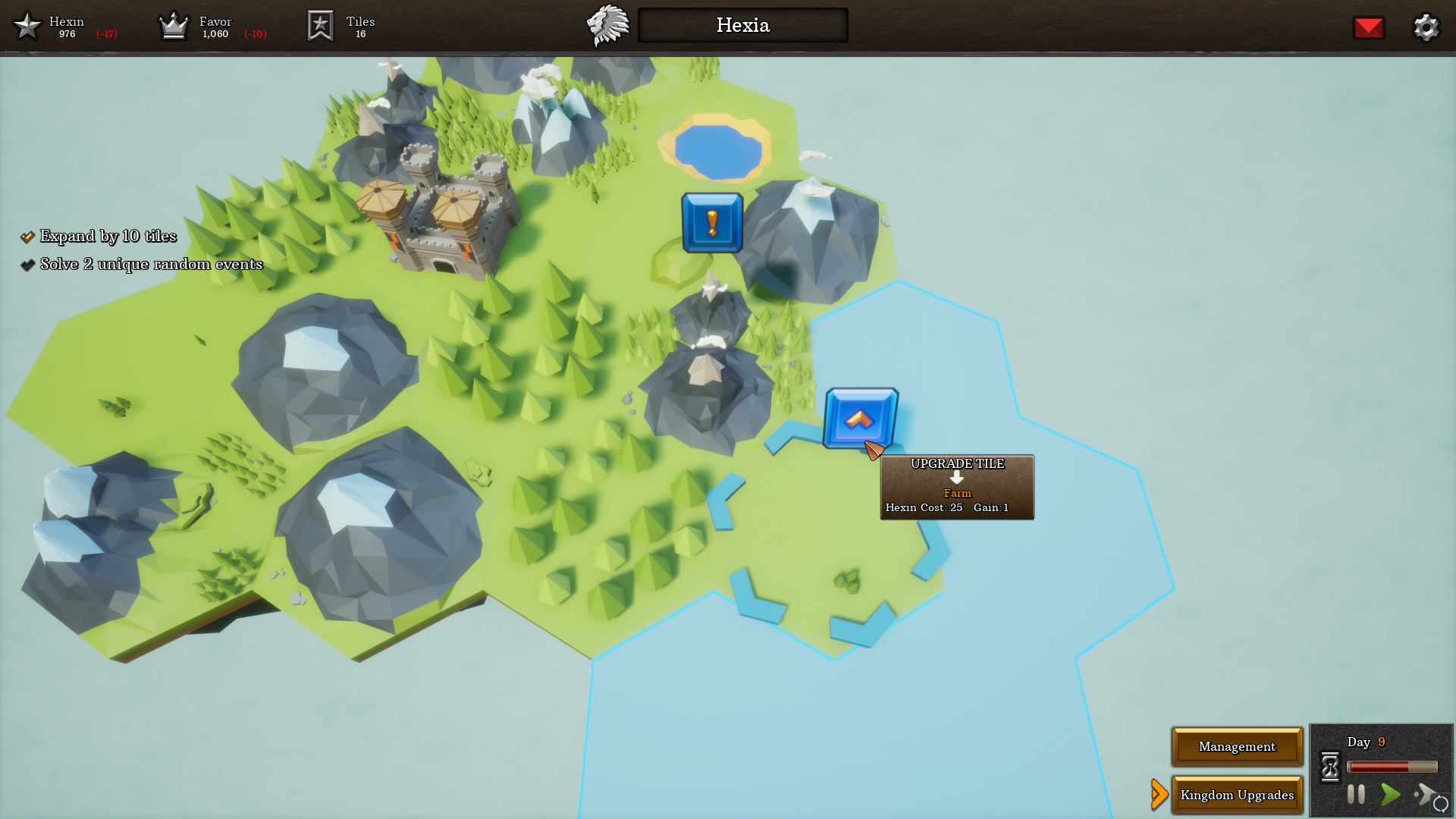 And these are just some of the things we are working on tirelessly and will be rolling out over the next few months, patch by patch, step by step.

While maintaining the same solid idea from which it all began, Hexia is a game in constant growth and evolution, which develops, changes and transforms itself with the passage of time. Even we developers find it hard to believe how much the little prototype we started with has changed so much, so quickly.

Now, with our gaze towards the horizon, we continue to aim towards the future, eagerly awaiting to see how Hexia will evolve further as we move forward.