We've been working on the game like never before - we did hundreds of source code changes in the last month, added many new content assets, fixed dozens of bugs. The main focus was on combat, here is what we've been up to. 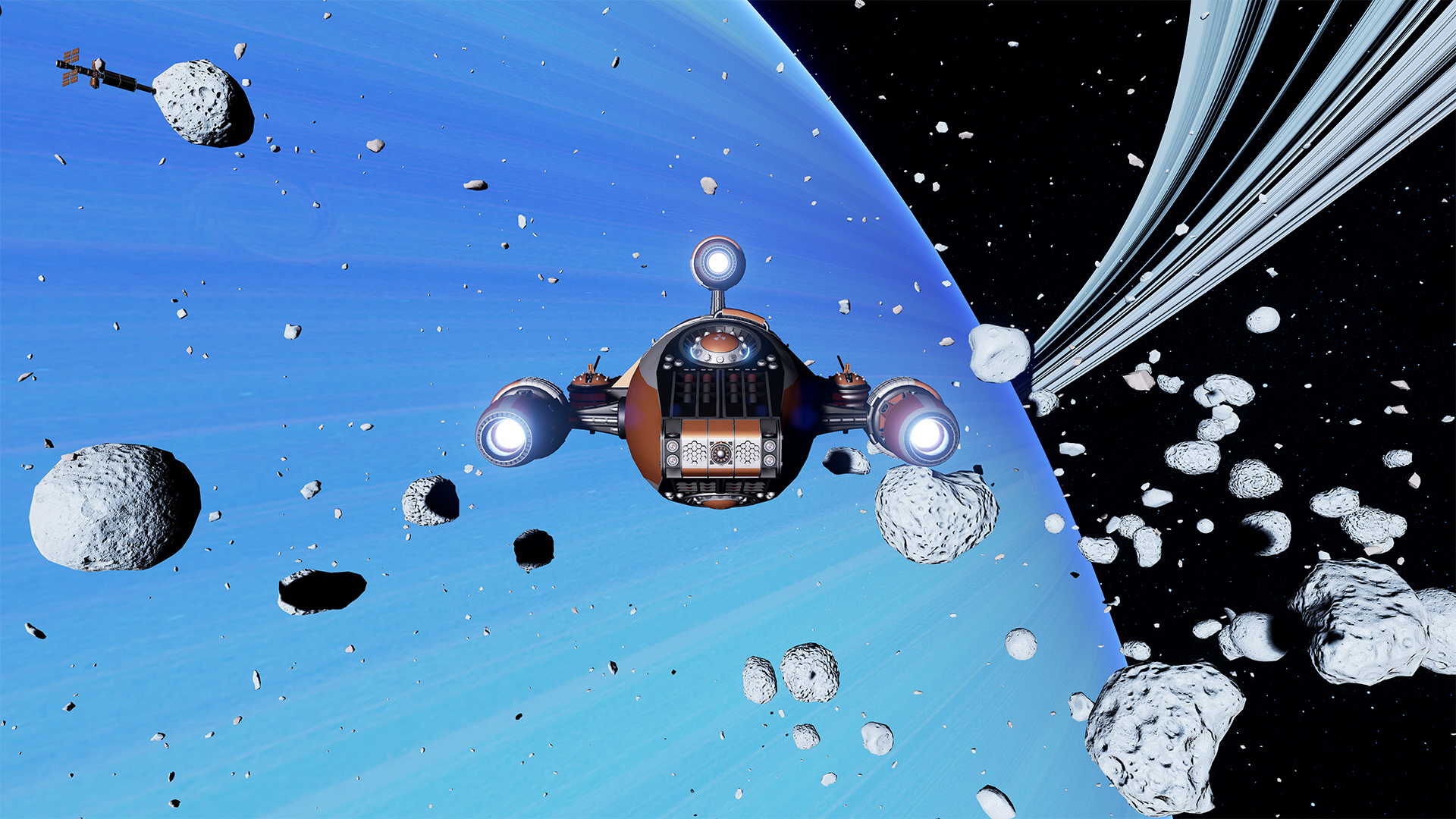 The combat gameplay is all but done. We've made it challenging and realistic, here are some highlights.

You have various ships at your disposal in Helium Rain, from the small shuttle to heavy battleships. 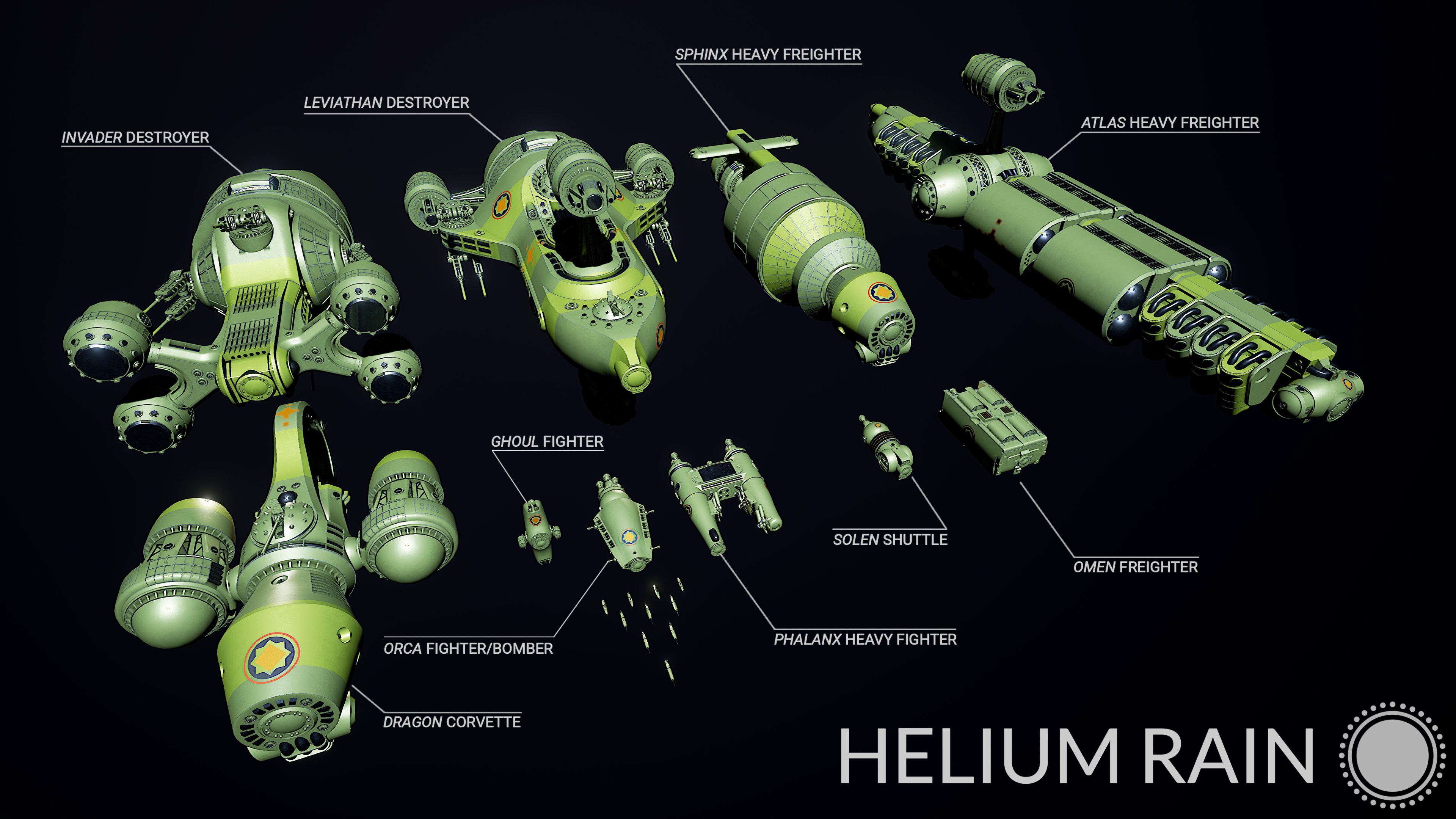 Capital ships default to automatic fighting. Gun turrets will automatically pick up targets and shoot them down. But the dedicated ship-destroyer can also enter the fire director mode, where a group of turrets will fire at your command, leaving the ship's piloting to AI.

Of course, this brings us to our AI enemies. Our AI is particularly capable : it can navigate asteroid fields at the speed of sound while hurling gun shells at your predicted, future location. We're pretty proud of it. It's also quite good at swarm fighting - just watch our collision avoidance demo !

AI ships can also fight alongside you, and they can of course be neutrals as well. Seing freighters flee like a flock of birds is especially amusing !

This is a more obscure, but extremely important item. In helium Rain, you play as a company, and other companies exist as well - all of them bigger than you. The strategic AI is what makes those companies trade resources, plan diplomatic ties or military actions. They also act as the bones of the game's economy, so we want to make sure AI companies are initially helpful to the player, and increasingly hostile if you don't play nice. 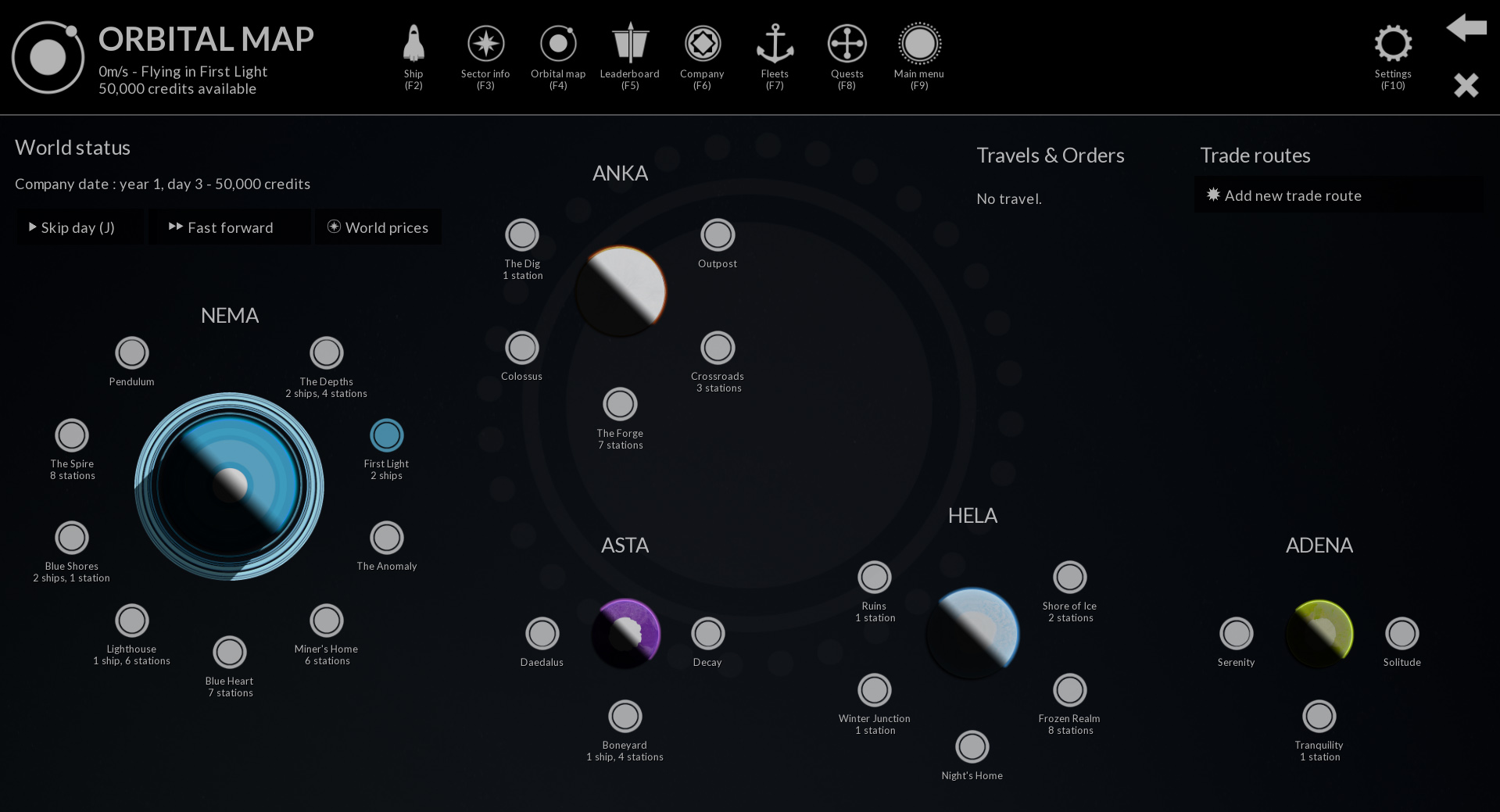 Our economic model is even more realistic than our combat system, and part of our latest work was focused on making this a reality. We wrote a complete devblog entry on this. Here's an excerpt from the article :

Now that the combat systems are finished, we're moving on to player progression. We'll now be working on a dynamic quest system that generate profitable tasks for you. The two other big features we're planning are exploration - you'll be able to discover new places - and technology progress, enabling you to build more ships, have better weapons, etc.

In the meantime, thanks for reading - and please vote for us if you're into this game !