Arline Groenewald from VR The Gamers has written an article about the early access version of Dead Moon - Revenge on Phobos. Check it out!

Posted by mercuryaerospacevr on Sep 3rd, 2017 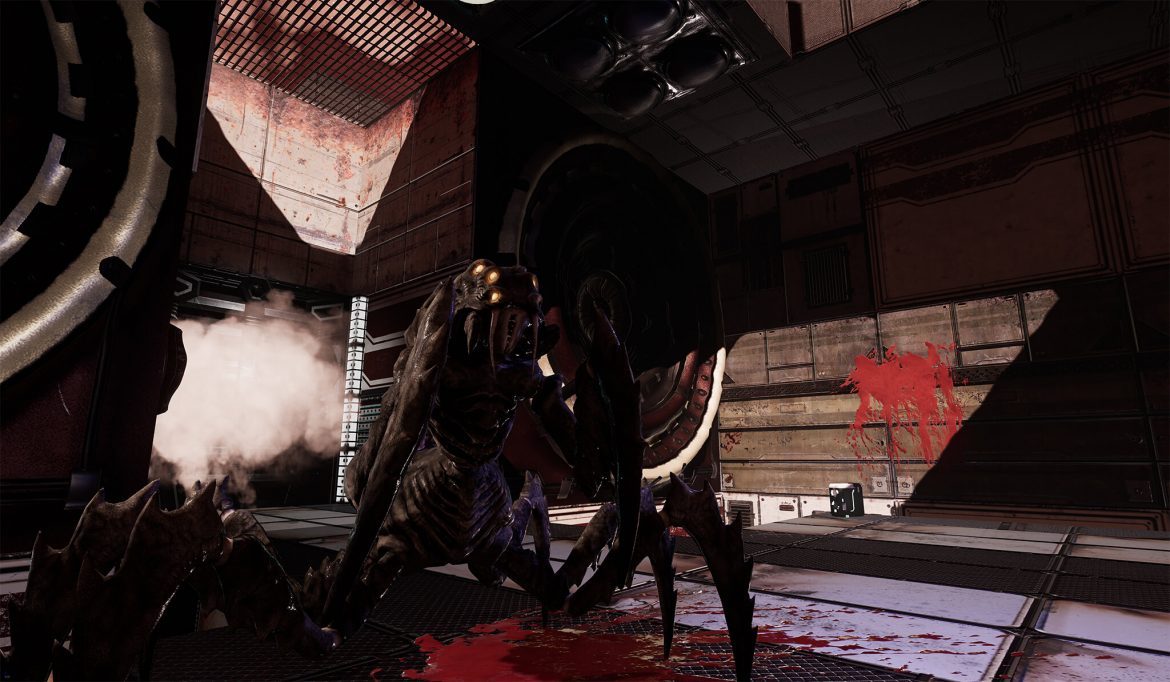 There’s just no getting around it. People love to reminisce about fast paced, classic first person shooters like Doom, Quake, and Halo. So while at least two of those are in fact coming to VR in the near future, up until now we’ve had to content ourselves with VR mods and fun, if unintimidating, first person shooters set in space, like Space Conquest and Gunheart . But none of those had that authentically hellish feel that Doom and Quake can bring. However, these titles clearly served as inspiration to Dead Moon – Revenge on Phobos.

Dead Moon – Revenge on Phobos from Mercury Aerospace Industries released on Early Access on Steam for HTC Vive and Oculus Rift in August with a $12.99 price tag. I decided to give the game a try using the Vive.

From the start, it was clear that the developers of Dead Moon – Revenge on Phobos tried to recreate that Mars feeling (though the game takes place on one of its moons) as well as the fast paced gore we’ve become so accustomed to. All that’s really missing is the epic soundtrack, and I would feel like I’m back in the late 90’s, playing classic Doom. Though this time around it was way more intense when an enemy would get all up in my face.

Check out the trailer below:

I heard that the holographic lady giving the tutorial is quite irritating – but upon my playthrough, she never said a thing. I’m not sure if this is a glitch or if the developers are working to make her sound better and so disabled that feature in the meantime. There are currently two locomotion options and they are both accessible on the trackpad of the Vive at the same time. By pressing up on the trackpad I could make use the normal teleport option, and by pressing down I could run forward Onward-style. I haven’t really had many problems with motion sickness before and so wasn’t too skeptical about this option going in. But even so, the trackpad movement was even better than I had expected. I didn’t even experience that momentary feeling of falling forward when I started moving in game while standing still in real life.

It was easy to fall into the movement style as I glided forward in the direction that I pointed my controller in and I could even control the pace, going slower by tilting the controller down and faster if I kept it level. So that gave me a little more control when I entered a killing frenzy and started running around, trying to kill every fugly-faced low life in sight. There’s not much more to them, really. Though each type of monster does have it’s own attack style, I found that most just take the direct route, a.k.a running up to me to start slashing or punching.

Dead Moon – Revenge on Phobos offers a variety of guns, all of which could be collected as I progressed through the four levels in the game. The problem here, however, is that the selecting mechanism was also placed on the trackpad. Meaning that if I pressed left or right I could switch between the different guns, each appearing in turn in my hand. Now that might not sound like a problem in itself, but when the fighting gets intense then believe me when I say, one of the worst and most frustrating things is when you’re trying to move forward while raining down a hail of bullets and suddenly find yourself standing still with an empty hand. It almost made me want to punch the ever living life out of the aliens/mutants (whatever they are) and forget the shooting altogether.

Also, since there’s no music in the game and the monsters sound like they are walking on a carpet of crisps for some reason, I always knew when they were waiting for me around a corner or behind a door. I’m not really sure if this is a good thing or not. In my opinion, it diminished the fear factor at least – since I always knew when I was about to encounter something.

No Story? Well I’m Here For The Gore, Anyway

Besides the running and shooting, there are a couple of things to pick up, like ammo, health packs, and shields. Sure there isn’t much else to do, but honestly, I’m here for the bloody deaths and gore, what more do you want? Although, some objects, like the door key cards looked comically large. But the developers might have been going for an authentic feel with that decision. 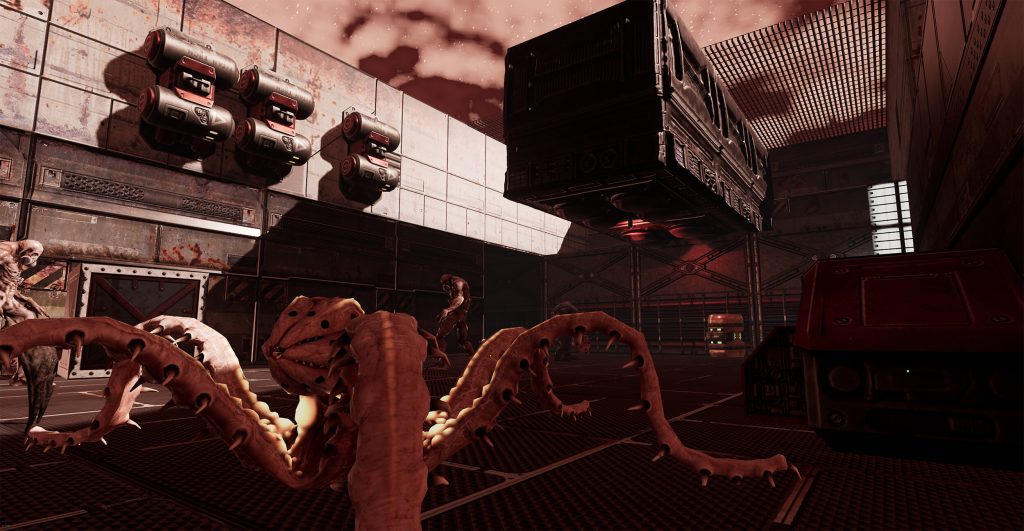 As for the storyline, well supposedly there is one – since you’re playing an archeologist who had to make an emergency stop on this moon after returning from a Mars expedition. I didn’t really get much of a sense for the story or my character while playing the game though. However, the game did just release in EA a short while ago so more story elements are probably in the works. Because, you know, I still need a reason for why I’m doing all this senseless killing.

So if you’re looking for some classic FPS fun, or you’re just biding your time until Doom VFR releases then Dead Moon – Revenge on Phobos is the game for you.