I apologize on how late this came, if you're curious read on. This update fixes many bugs and adds new things. Read on!

This update was supposed to be released almost 2 months ago details below. The patch is finally here, fixes many bugs and adds new things as seen in the on going trailers I released on Youtube. I am excited to release it, even if it's really late.

As for releasing late, A couple of things happened in my personal life and I couldn't really work on Half-screwed for a good month or two. Here it is. 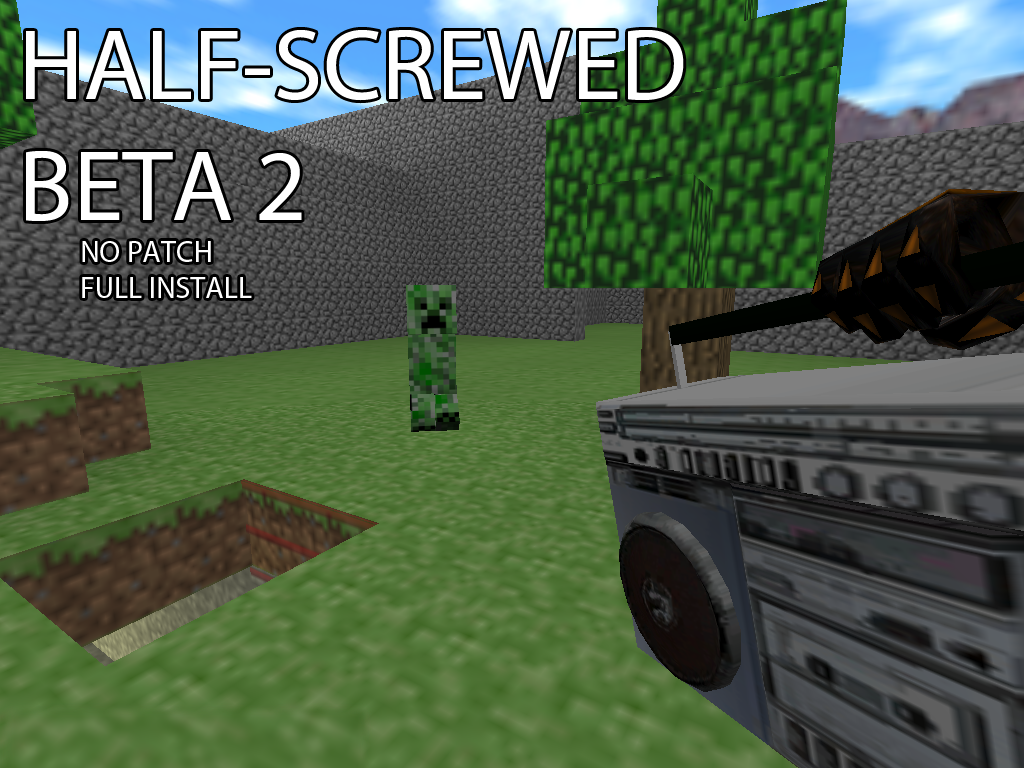 How can I spawn the X-Mas Tree in any level I want?

hold down the c button and it should be in the menu there.

Added easter eggs?
We got some hunting to do!