*Sniff* Can you smell the brimstone? The demo drops this month! Expect reanimated corpses sewn into teddy bear costumes.

Well, my, my! You have been a patient lot, you have! This month - July, that is...in the year of our lord, two thousand and fifteen - the demo for "Half-Rats: A Fever Dream" will be released! My back hurts, I have dark circles beneath my eyes and, Mrs. Rats says I stink far worse than I did at the beginning, but it is come! The demo will consist of a single map (The game's so short anyhow), dialogue, monologue, the two weapons featured in the game, four enemy types and, meat pies. Not only that, but it will feature a snippet of my song, titled "Consumption Throes". Oh, I forgot! Plenty of alcohol will be laying around for you to drink, too! It'll be a tricky venture, so keep your wits about you! Expect reanimated corpses sewn into teddy bear costumes.

KEEP YOUR EYES OPEN in the coming days for the demo to drop! Once it does, it'll be uploaded right there under the "Downloads" section. Most obviously! Aherm!

In other news, I decided to go ahead and create my own custom wad for HRAFD, made up of textures from Counter-Strike maps by Barking Dog and third party studios in the past - as well as a few original ones. I credited the authors where it was possible to do so, and did a serious overhaul of my existing maps - making them look much more worthy of your gaze. You'll all be glad to know that just two maps remain to be finished before I have all of the mapping completed for the full game! I've also been holding auditions for the voice of Mr. P.R. Trask! If you think you fit the bill - do get at me on skype @ "heath_scoring" and send me your demo reel! Looking for American voice actors specifically, but I won't turn anyone down who wishes to give it a shot. The voice slot for Private James Barnaby was filled by a certain Devan Miller. You'll be hearing his work in the demo! I'd like to take the time to mention all of the folks who tried out and are trying out for Mr. Trask:

I'd like to take the time to thank those at "The Whole Half-Life" message boards once again, as I complain about every problem I run across because I'm a terminal moaner. TWHL is a glorious resource for all things related to mapping and modding for Half-Life and the Source Engine. It's one of the last and in some cases, only place to go if this is your bag and you find yourself hitting your head against a wall. Thank you, Mr. Gnang for pointing me there in the beginning.

Now, here's a few pictures for you to stare at and undress with your eyes - like the creeps you all are - if only to tide you over until the demo releases. 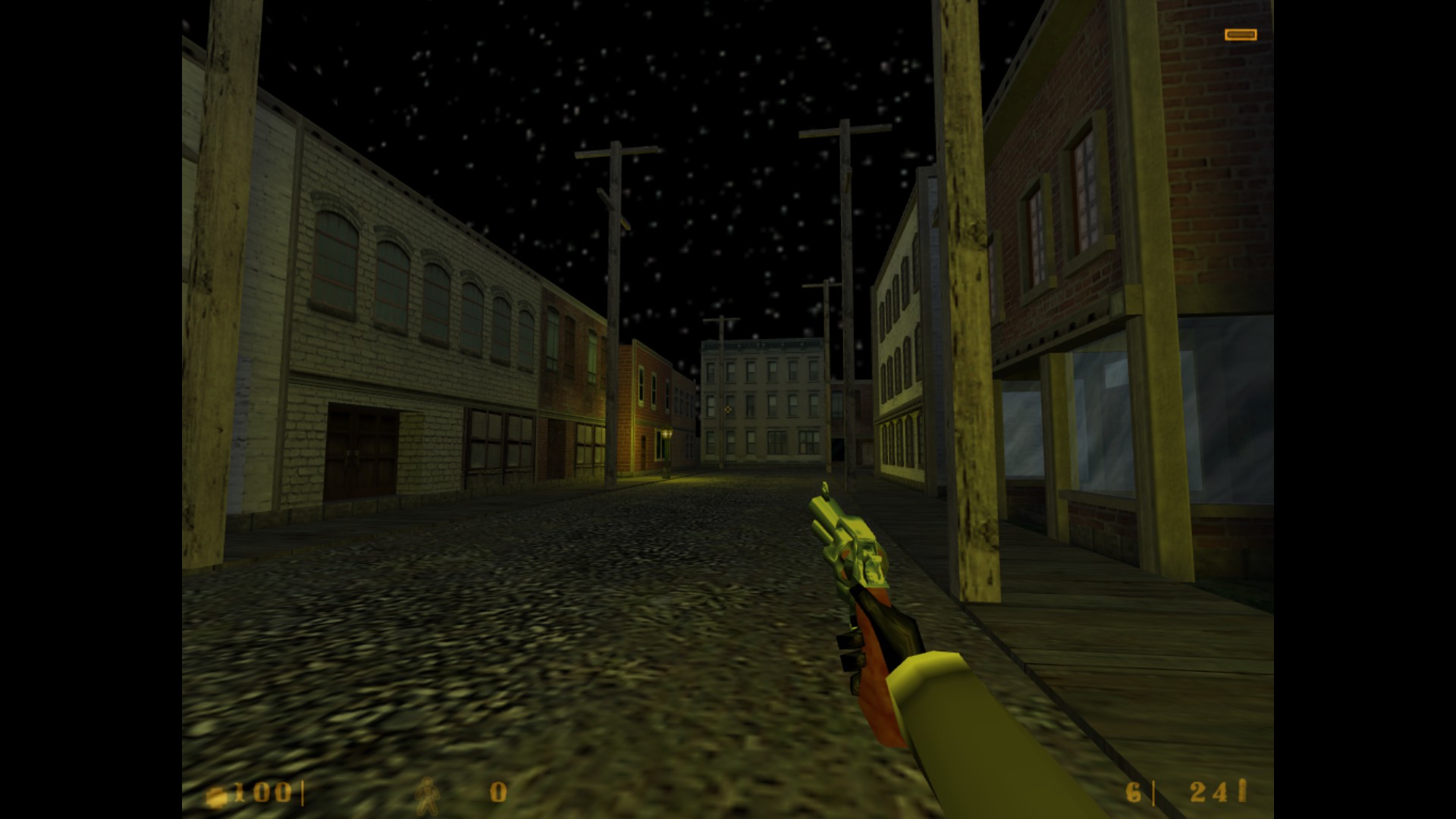 The town where unspeakable acts of carnage and violence and other not-so-cheerful things will occur. So quiet, placid...for now. As you can see, the new textures make it at least 46% more Victorian. 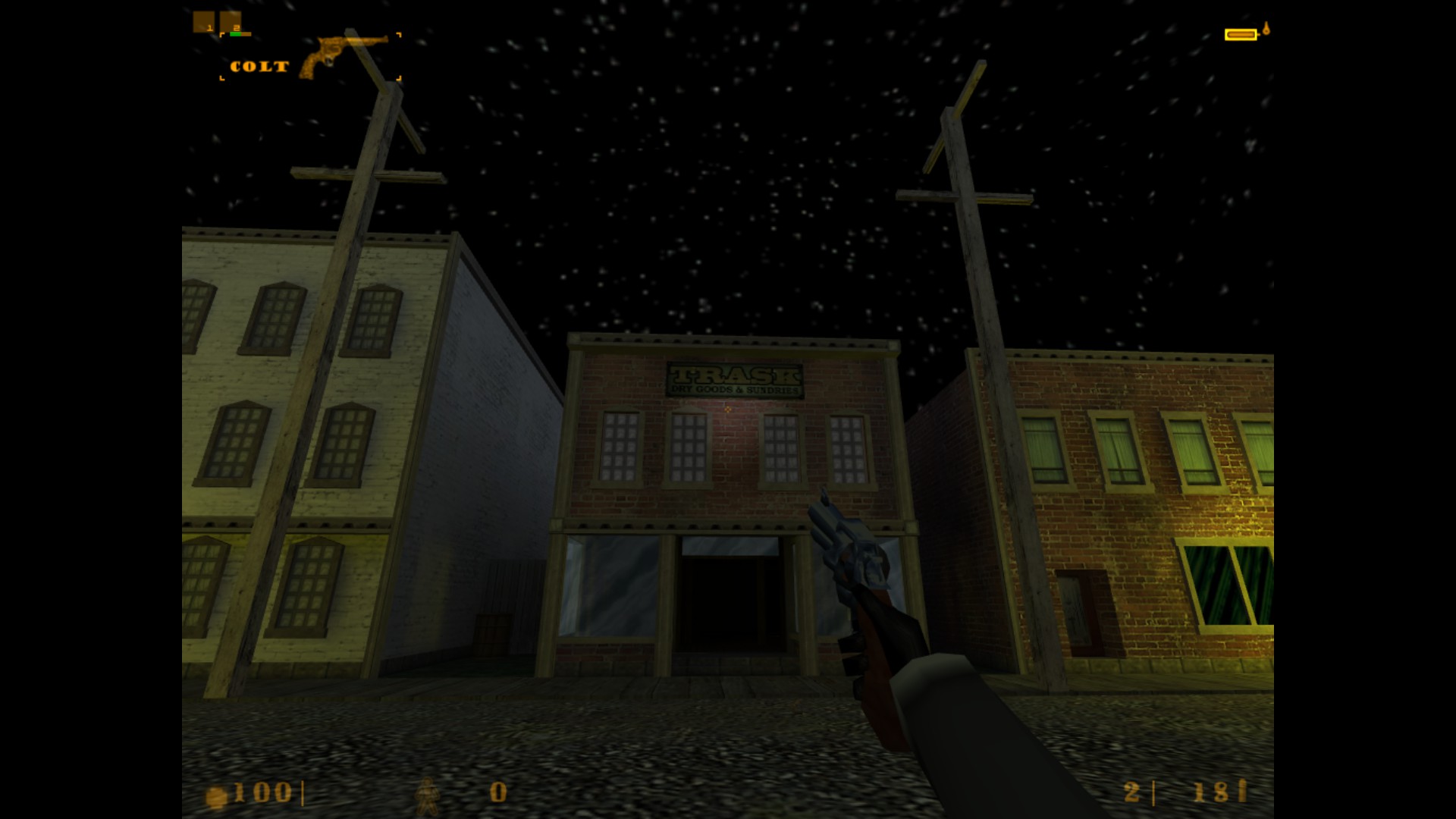 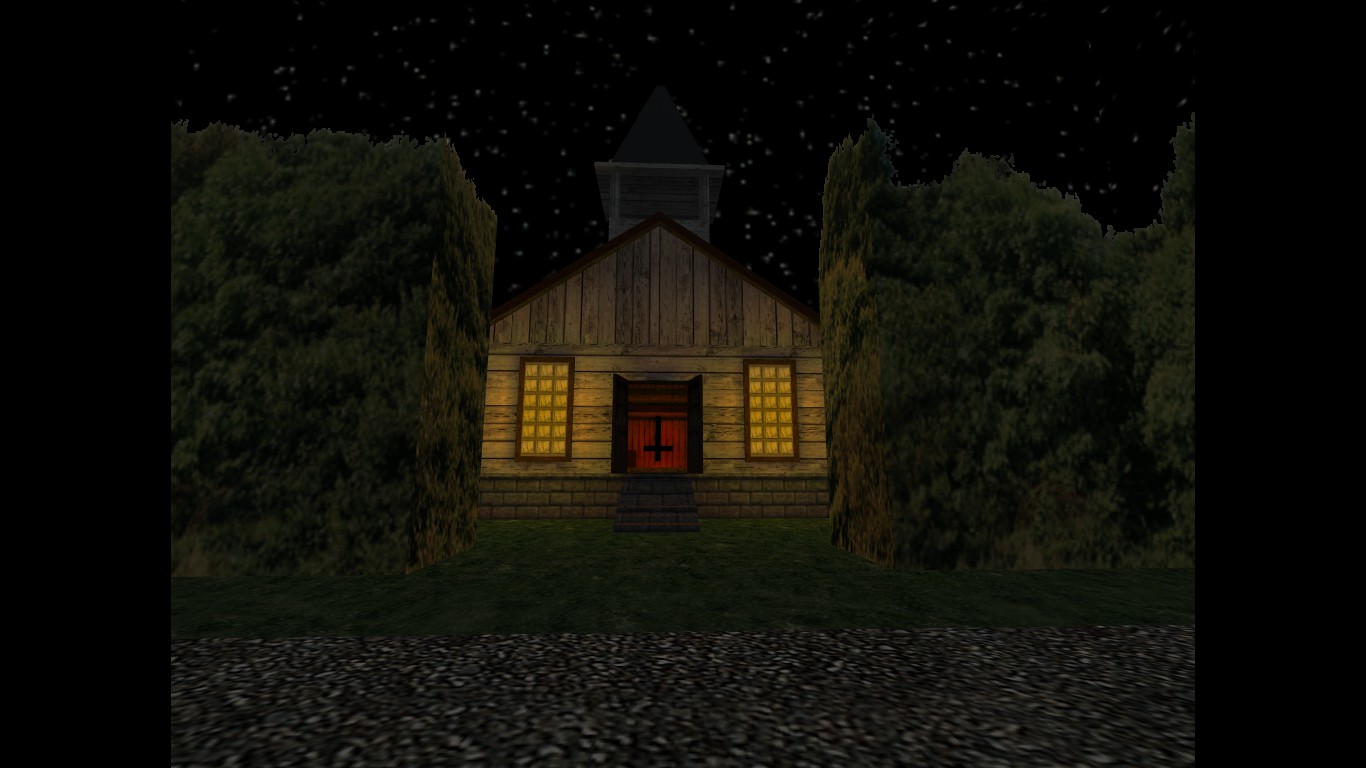 It is a proven fact that one who plays the demo and, especially the full game will promptly need some well-deserved church time. But not not at this church...no...no one needs to be in this church. Highly unnecessary...Don't do it. Don't even so much as contemplate stepping foot in there. You'll regret it. Fools! I warned you! 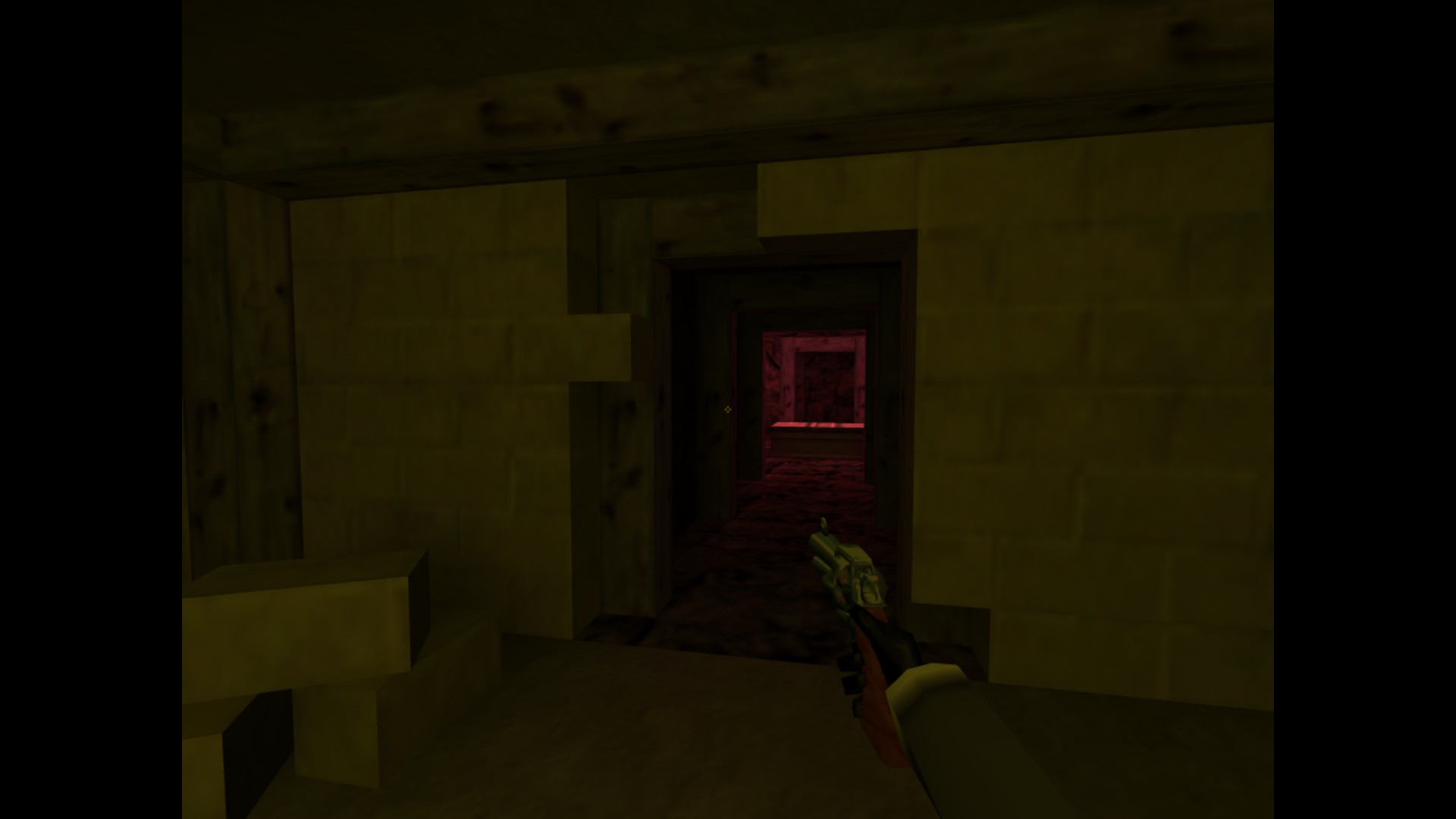 And here is a hole. 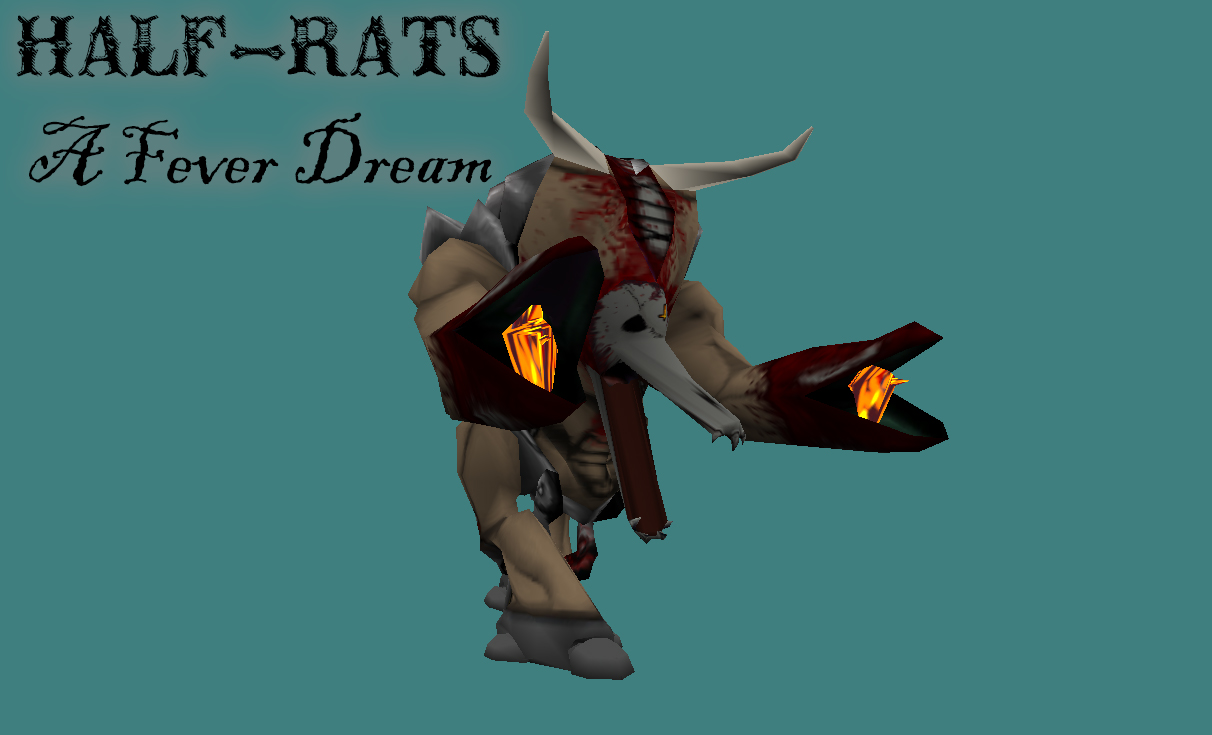 Good god, man! This thing makes the Cyberdemon look like a baby kitten. Cannot be stopped by conventional small arms. RUN. Jesus may or may not be able to save you - but I'd lean more towards the latter...He told me he doesn't appreciate what you did under your desk the other day - he also says you're a "bum-toucher". His words, not mine.

And now, for the picture of the day: 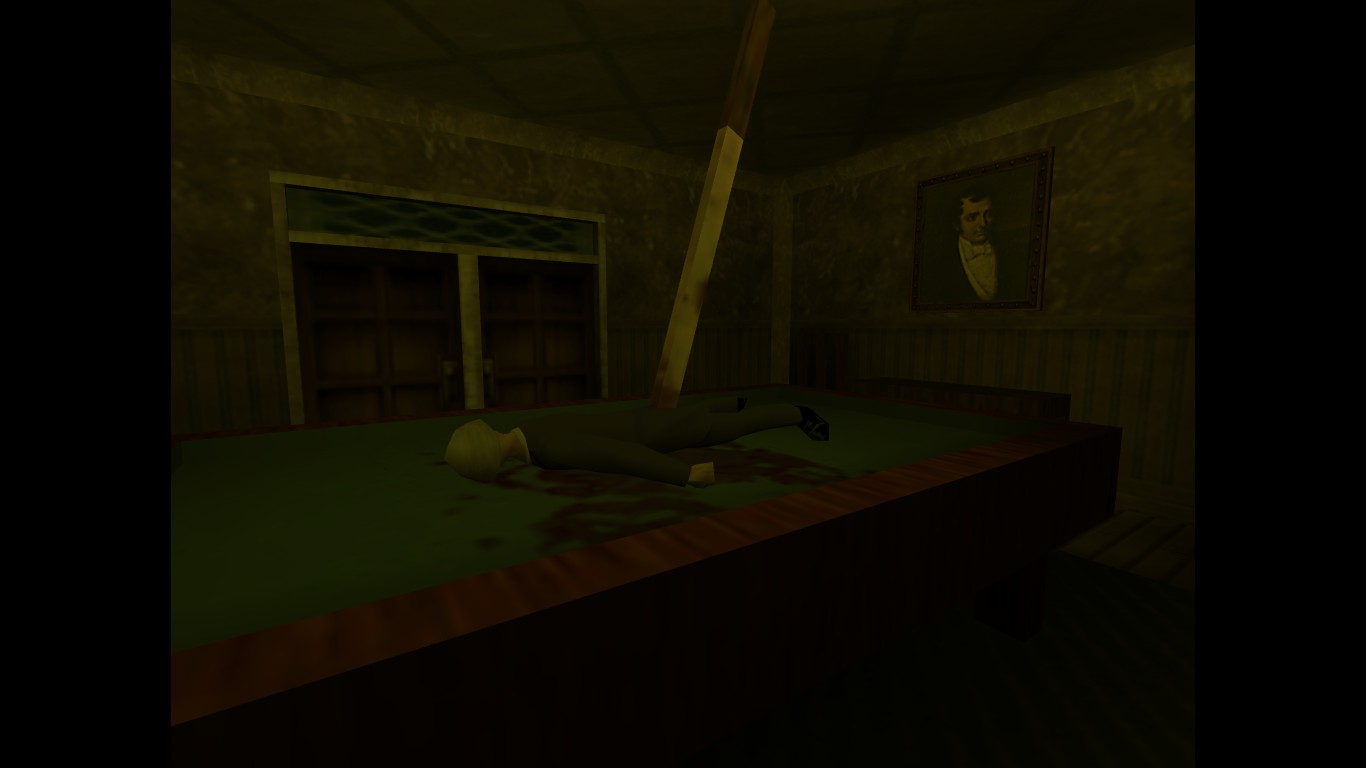 This is how I will feel if you do not play my mod.

Thank you ALL and good evening! May your nightmares be full of my creations! And may you wake with your bed soiled!

And for those of you interested in learning more about the backstory behind all of this, visit www.facebook.com/agueforyou

Nice to see a demo coming out so soon! And, only two more maps to get this beauty done? I am glad to hear that! Can't wait to roam the town's haunted streets and corners, eat some pies and drink till I forget which point of the gun I am supposed to hold.

Great pics once again! And what kind of horror game this would be without a church :) Awesome! Hopefully you'll find someone to fill the shoes of Mr. Trask.

And God help us with the last monstrosity. That is, by far, the most obscure, horrifying and appalling recreation of the original Half Life Gargantua. It's a good thing it will not fit in the church, where we'll be safe. Oh, wait...

Keep going! I can't wait for the demo to be ready ;)

omg exactly on the month of my birthday <3

Bless you half-rats! Greatly looking forward to playing this in the dark. Might even record my first impressions while playing, would be worth it. I get very impressed by mods like this, you'd only hear good things ;)
Cant wait!