Half-Life: Echoes is changing beyond your wildest dreams...

Hello everyone, I am incredibly excited to share this with you all :)
After an accidental astral projection to the Valve office vaults last night, I have learned of all their future plans.
Now, I shall beat them to it!
As of today, my mod will undergo a drastic re-branding!
Introducing...

GORDON FREEMAN must lay down his trusty crowbar and broker a truce with his long lost, estranged brothers..

A threat greater than the Universal Union has emerged.
From the shadows comes the most evil of evils...

This genre bending multi media release will contain many new features, rivaling even the latest in VR technology.
Introduced will be the dinner defying Gravy Gun(tm), and level-levelling technology code-named LAVALANCH(tm)
This game shall be the first chapter in
G-FORCE PENANCE AND POWER X-ULTRA-GINSENG trilogy!

Below is the first preview of the tear jerking intro, and an insight into the terryfing new forces that J-POP controls.
CAN YOU DEFEAT J-POP? 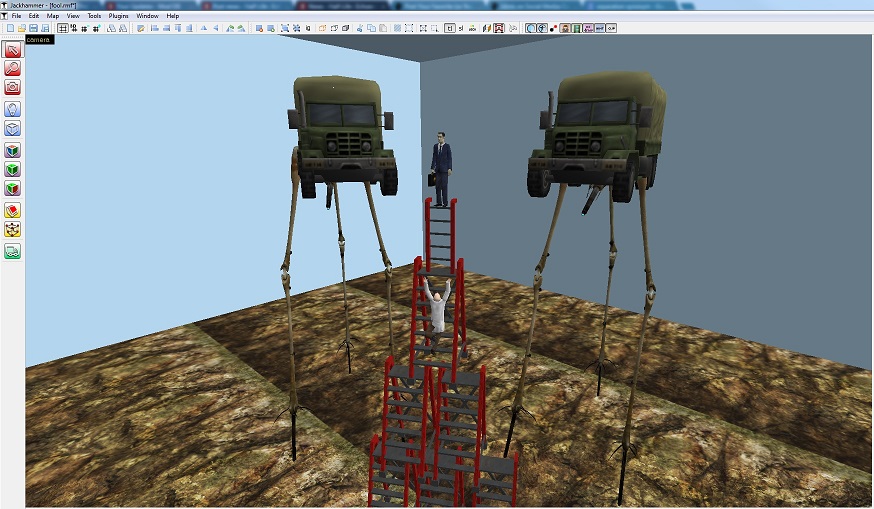 Edit: I think I ate some bad cheese before bed. Imagine that, I'm such a fool! In April!

Dude, you are a goddamn genius! I knew this project had potential the second it popped up, and you do not disappoint! Can't wait to bring down J-POP.

P.S. We need to meet up so you can teach me how to project astrals.

I have mind mailed you the co-ordinates.

i mean, i thought this was an april fools joke, but no, way to awesome 420/3 best mod

year of the year every year

This date is really cool on moddb :P

Sorry about the cheese.

Hahaha :)
You are great!
Thx. for making me laough.

I still read this article from time to time and laugh. Thanks for making my day every now and then ;) . And too sad less and less mods/games make an april's fool joke on ModDB.