Development has been progressing at a steady pace and we're happy to release the next update to the Half-Life 2: Wars beta client. Beta 2.0.2 introduces a host of bugfixes and balance changes and most importantly adds CPU players back into the game so you can play skirmishes against AI computers by yourself. Give it a spin and let us know your feedback on the strategic AI and general gameplay balancing on our community forum. 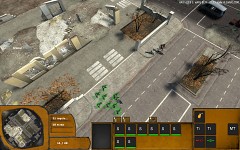 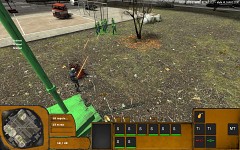 Another key update in Beta 2.0.2 is an improvement to the team color shader and the texture masks used to display team colors on the various models. We recently brought Lt Commander onto the development team to do texture work. As such you can expect some significant improvements to HUD and interface textures in future updates.

Enough talking! You can download the full ZIP (7zip) for Beta 2.0.2 on Moddb, but we strongly recommend using Desura to handle this for you.

Balance:
* Hunter now shoots in bursts
* Hunter shooting range is now the same as soldiers (from 1024 to 820)
* Increased range power generators to make it easier to place buildings as Combine
* Doubled capture time control points from 12 to 24 seconds

Fixed:
* Potential crash on level shutdown
* Unit navigation incorrectly simplying climb/drop down paths
* RPG missile sound looping bug
* Control points now become neutral when the owning player is defeated
* Defeated players are now moved to spectator
* Possible to collect scrap to unfinished HQ buildings
* View offset of capture points is too low, which might result in the fog of war hiding most of the things around the point
* Incorrect Antlion Guard Cavern model (used in Overrun)
* You can no longer start an Annihilation game with all players on the same team
* You are no longer able to place (mounted) turrets in the air
* Place building type abilities not cleared when the unit executing the ability dies
* Potentially incorrect animations (t-posing) when soldiers are mounting turrets
* Right click attack enemy with stalker broken

I have to ask because I didn't see anything in my glance of the news. Does this mod include a campaign mode?

this mod is crazy, keep going!

Briliant work guys, you know you should go indie and start developing games. I know I'd pay for them :D

every time I try to play it it just shuts off immediately for no reason does someone know why?

you guys do amazing work. Haven't played HLW since its first release but I was impressed at how far you made it.

Damn, this mod is still going? Looks may better then it did a few years ago.

Looking good so far. Keep up the good work.

Will be fixed in the next version.

I can't place AI opponents/friends on desired locations except myself.

Can you guys please fix that?

Also this needs larger maps with more points, AI rushes each other within minutes and I never see walkers moving out from combine bases.

Selecting positions of the AI opponents will be fixed in the next version.