We’re releasing the code up to the latest public release, and also have a few extra bits of content to tide you over before the update at the end of September!

Hey everyone – the video portion of this update is pretty unscripted since it’s such a small update, and the content of this article will be relatively to-the-point as it’s more of a stop-gap before the big update later this month. That being said, we do have some big news to kick things off! 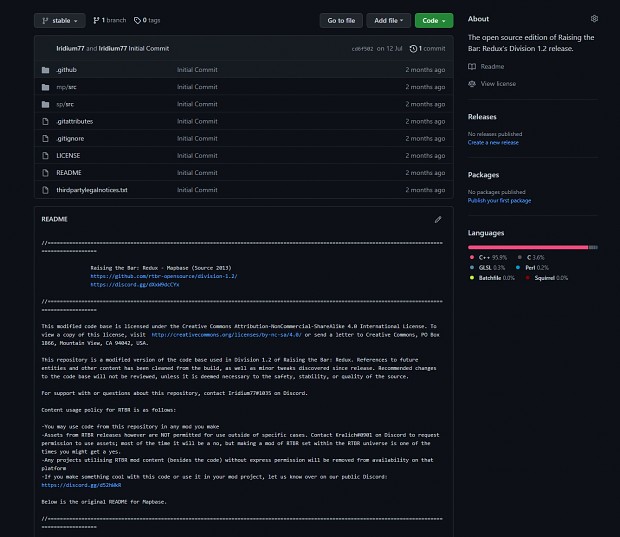 That’s right – as of now, RTBR is officially open source! The repository currently includes code up to Division 1.2, with any unnecessary elements removed. As we make future releases to the mod, we will also update the repository with code from the newest release to both avoid spoilers for future divisions but ensure the code base is modernised over time. Whilst code is being open sourced, we’re not open sourcing any other content at this time. Maps will come in the future, but assets (models, sounds, music, so on) are not free to use. You must seek direct permission before utilising any content from the mod in any capacity. It will generally be a no in regards to assets, except with the very small caveat that, to encourage community content creation, we may allow people to make “spin-off” mods set in the RTBR universe using RTBR content, provided we’re able to provide quality control on these spin-off projects. One is currently in the works named Rogue Element, and if enough quality projects reach fruition, we will take steps to better support an “RTBR modding community”. For the time being, only code is free to use – just make sure to credit us in your mod project! 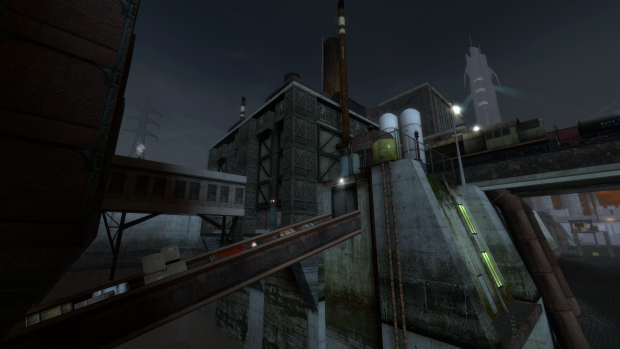 In regards to content, we’re going to first show some more progress on the art pass for Outercanals01! This map has been a lot of work to pursue to completion – I’ve been working on it for months and have spared little expense when it comes to detail in the map. It received significant gameplay reworks following some testing earlier this year, and may well receive more during the final stage of Division 2’s testing. Nothing is finalised in this screenshot – goes without saying nothing is quite finalised until the next release comes out – but it’s definitely getting there! 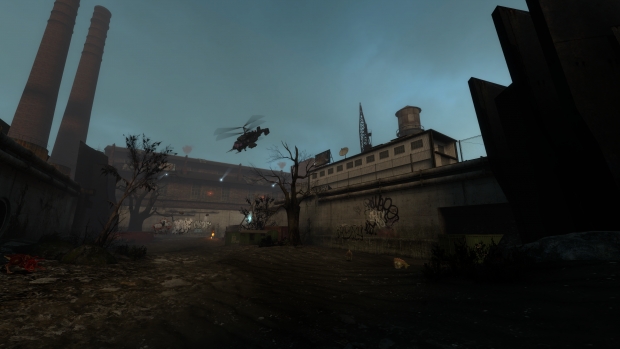 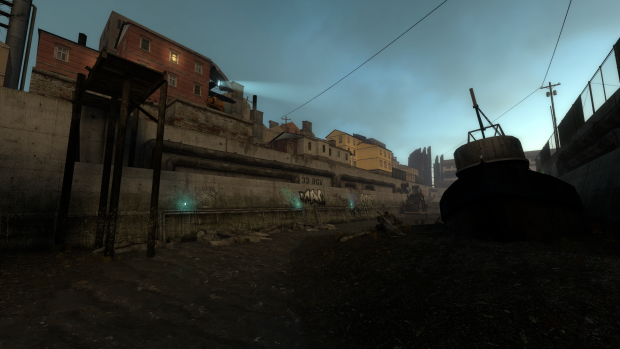 Meanwhile, SCP has been continuing to do some fantastic work with Outercanals02. Every step of the airboat journey in Division 2 is full of action, high intensity setpieces, and gorgeous detail, with lots of attention paid to creating a very different environment from City 17. As you progress through Division 2, the time of day will change to early morning, before an occurrence before Ravenholm knocks you back to late afternoon so the quarrytown retains its dark, haunting atmosphere. We feel this’ll inject some much needed variety in the time of day RTBR’s maps generally take place, and with outercanals in particular, it has so far led to some great visual results. 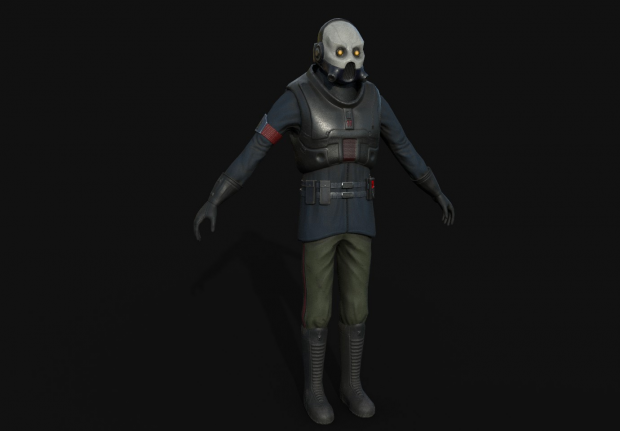 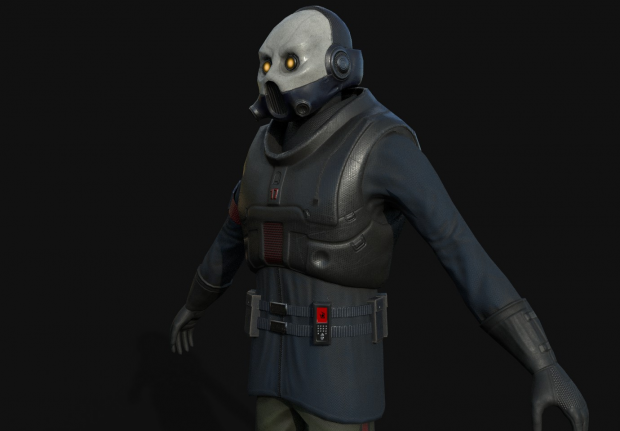 Our new elite cop model has been optimised as part of our initiative to optimise custom models across the board for the next release of Division 2 (which will include a slightly more refined Division 1, too). Whilst the normal cop is still underway, this elite cop has been optimised from around 20k polygons to 5k, meaning vistas where the cops are present are just that little bit less intensive. We will be making more moves on many enemies and custom models and new models are being designed with optimisation taken much more into consideration. 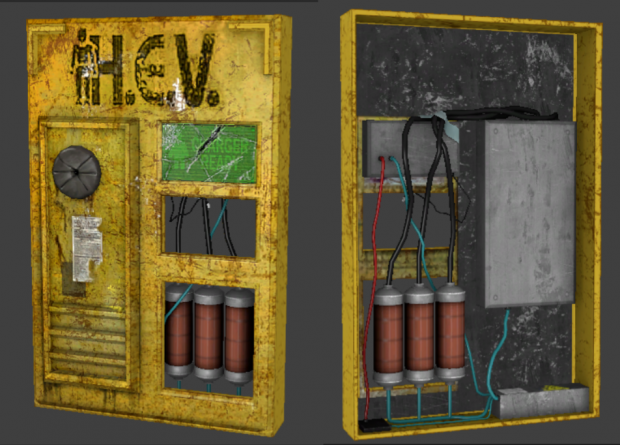 One of the other adapted props Egon whipped up for Maxwell’s lab was a slightly more functional-looking HEV charger. Players will be treated to a custom sound set and some interesting interactions when using this charger in Maxwell’s lab to help sell the patched-togetherness of his abode that much more. 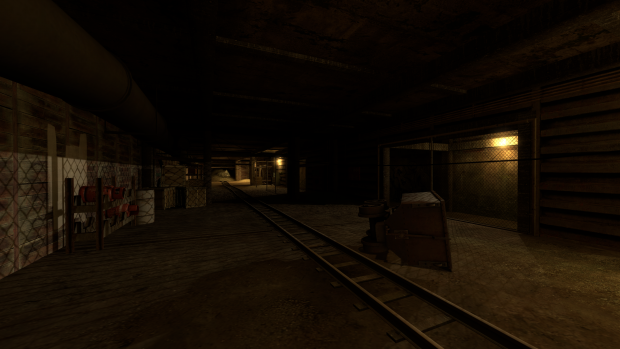 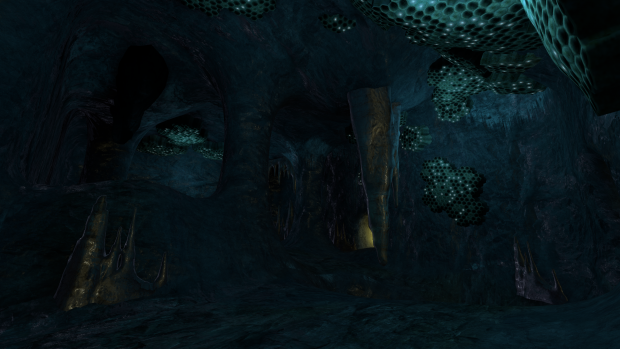 Perhaps the most exciting content on show is our preliminary work (if you can call it that) on Antlioncaves01, the first antlion-focused map in Division 3! Fodder’s idea of a blockout is to provide a strong visual foundation for future art passers, and whilst neither art nor layout are 100% finalised, they’re already coming along exceptionally well. With a lot of the team now transitioning to Division 3 development as Division 2 nears the final stages of its cycle, we’ve taken on a number of new blockout level designers who are pushing ahead on getting Division 3 blocked out and ready for testing, art passing, and refinement. Again, nothing is final – but this is just a reminder that we are always looking ahead to make sure the groundwork is laid. At this stage, we even have very early preliminary work done on Division 7’s content, meaning the full picture of RTBR is already coming together.

That’s all for this mini update. We will be doing a more substantial update still in late September (though it might also cross over into early October). For the time being, enjoy the code access and new content, and let us know if you do anything cool with the code!

God bless you, my dudes!

Making the mod open source is the best thing you all decided to do, thank you.