It's been 3 weeks since we've updated. Tons of stuff has been added, including Spleef mode and the newly re-designed Siege Mode!

This is a big update. We haven't released something like 3 weeks, so there's lots of new, awesome stuff in game! Plus, to commemorate the release of Halo 4, we organized with some Minecraft creators to bring in their re-creations of some famous Halo 1 and 2 maps. You'll have to actually play Guncraft to see which ones though ;). Here's the change-log of epic features for the new build!
0.30 Beta 11 - Anyone for Spleefing? 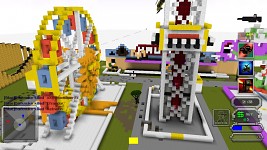 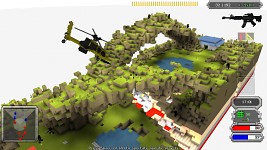 Darnit, I loved being able to Sprint/Parachute and the run like hell across the Paracrafties map to the other team's side. XD They fixed that. :'(

I enjoyed that too, but it defeated the purpose of using Scout class >_<.