About more than two weeks have passed since I have released the trailer and announced the game at Steam Greenlight, it is now at 56% to the Top100 and I have received a great amount of feedback ! Most of them was very positive, but a lot of people noticed me that the graphics was bad and after seeing the screenshots, I couldn't... agree more !

The reason is that I am a young and new developer and this game is the result of a lot of experimenting and testing with the goal of creating a short but nice entertaining action FPS game. After creating the base map for the game with basic props and textures, I have been very busy with programming the game, the weapons, the aliens, etc... that at the end I became familiar with the low-res graphics !

So this is why after a lot of work, I have managed to greatly improve the graphics of the first version of the game you may have seen in the trailer and it's now much better. For this, I have used better textures with higher resolution for the desert and the props, I have entirely remade the textures for the aliens and completely re-sculpted the spitter alien. I also remade the weapons and the car. One last thing was also to add more details in the map. 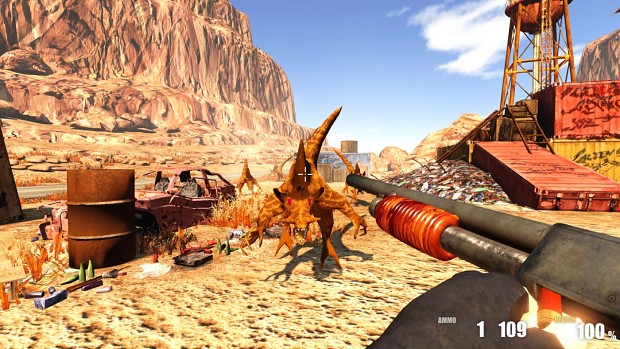 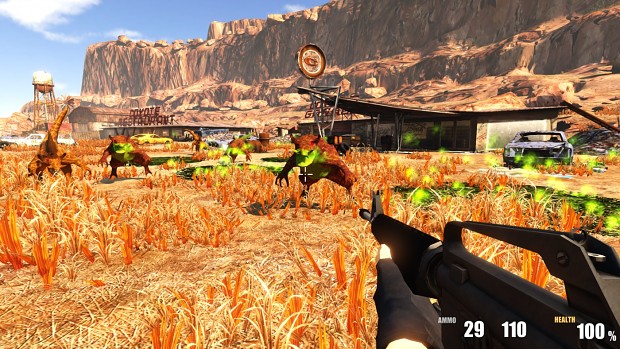 The spittter alien has been entirely remade ! 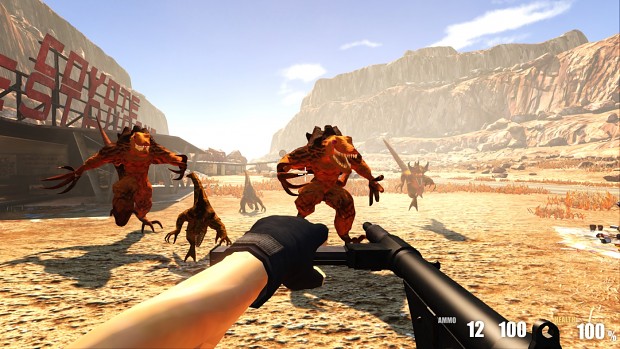 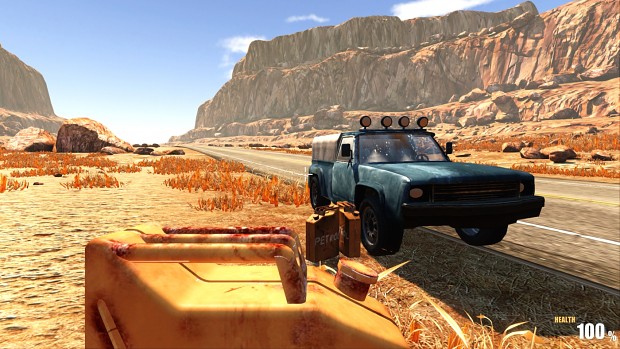 The car and petrol can has been re-made, better textures and more details has been added to the desert. 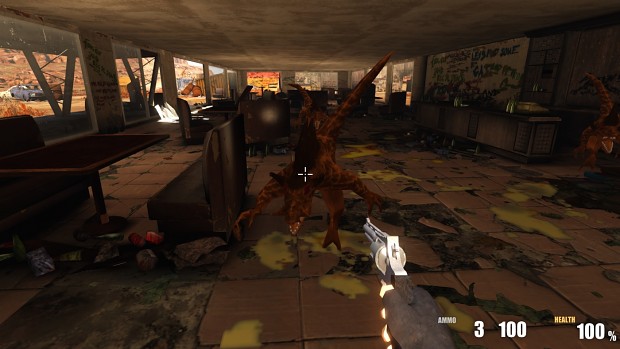 The weapons have been remade and some are now more modern. 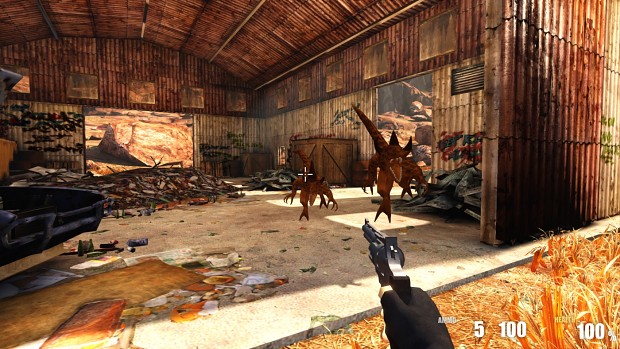 Now that I am done with the screenshots, my next task is to remake and reupload the trailer with the updated graphics ! At work !

VIEW DIRECTLY INSIDE STEAM TO VOTE


FULL DESCRIPTION OF THE GAME

Oooh. I like the Alien's appendages :D It's a little hard to tell them from the desert cliffs and ground because they're the same color though. Would be neat if some of them had some distinguishing hues.

Aliens need a facelift though.