Glorious: Companions is out there for a while now. We decided that it would be cool to show you guys the progress that has been made so far. From the day that this project started, it has undergone a thorough makeover.

Glorious: Companions is out there for a while now. We decided that it would be cool to show you guys the progress that has been made so far. From the day that this project started, it has undergone a thorough makeover.

If you were to quickly look at the first and last picture it might fool you into believing it’s not even the same game! Make no mistake, though, the improvement is gigantic and Glorious: Companions indeed isn’t what it used to be. It’s better. You’ll have a chance to appreciate it yourself soon enough!

Our first attempt was based on popular, back then, Collectible Card Games. It used way too long character statistics sheets, and featured hot-seat gameplay. Not much of a killer in terms of game pace and overall experience. 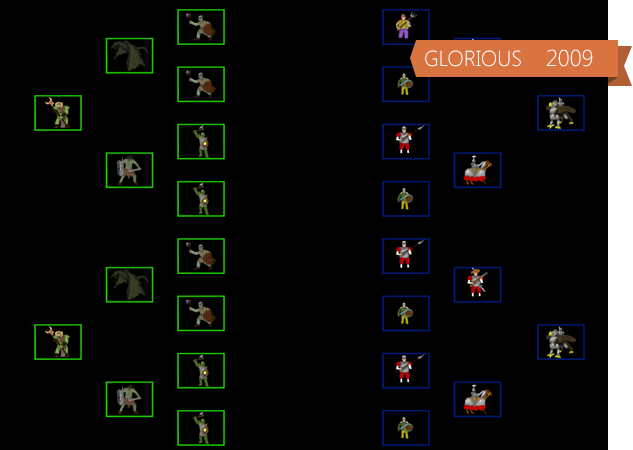 In 2010 we realized how unplayable that was. We remade the graphics and did a bunch of innovations to fix previous problems in dynamics. Most importantly, though this version for the first time featured turn-based strategy gameplay on a real battlefield. 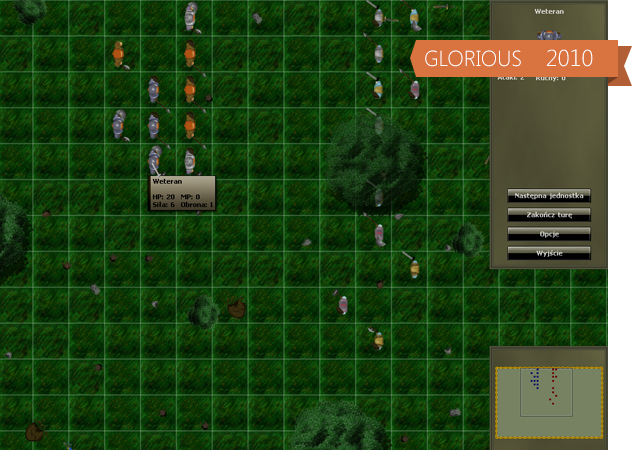 The third attempt was also the most successful one so far. Not only did Tom ‘Regg’ Mirowski join the team (to redo the interface and graphics), and remained part of it ever since, the game actually made it to the open beta tests. However, we didn’t really have the time nor the experience to finish such a big title back then. And so Glorious, once again, was put aside. 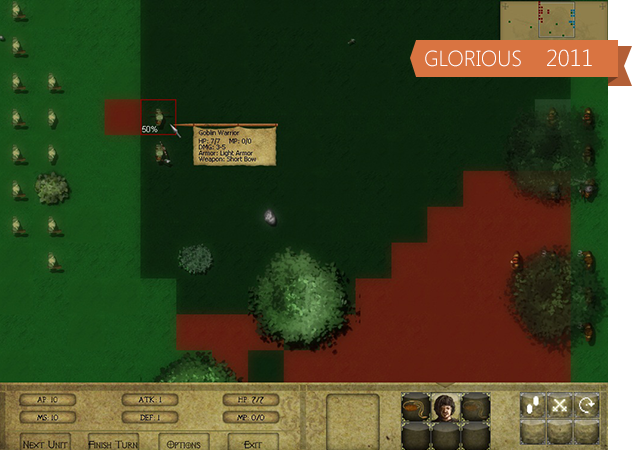 Finally we’ve decided we’re ready. From the ashes lying around in the darkest corners of our hard drives, it rose to become what it is now. Gaining a lot more features along the way. One of them is transition from 2D to fully hand-crafted 3D world, which let us provide rich and interesting gameplay on a much higher level than ever before. 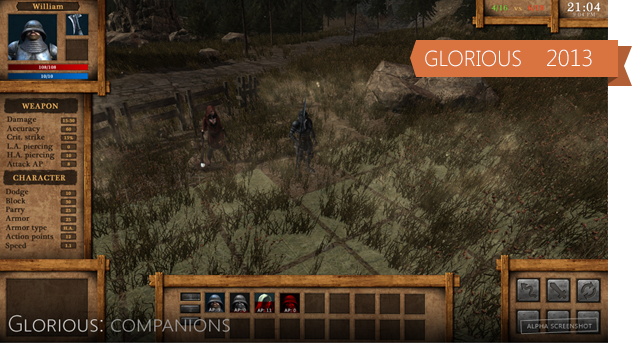 As you can see the game had its ups and downs. It may seem that 4 years altogether to make this game is awful lot, but we were much younger back then. We didn’t have the time to fully commit on a project, which we knew is going to collapse on our heads if not treated with caution. With the decision to go full-time indie came the opportunity to try once again. This time however, we have all the skills and resources necessary to make this dream come true.

Anyways that’s it for the nostalgia and romantic retrospections. Right now the game is on its way to the closed alpha. We’re excited to show it to you as a polished and complete product so hang in there and follow us for more sneak peeks and news.

It's kind of funny how everything became distinctly browner with the move to 3D. It's like a somewhat heavy handed metaphor for the development of video game art styles over the last decade. :p

Even though I'm pretty sure that's just a coincidence.

Now I also see it, though, it's probably connected with the aesthetics, brownish, toned look seems much better visually.

Glad you think so too!

This is just awesome !