Development on Generation CORRUPTION has been ended.

To all prospective fans,

Generation CORRUPTION is no longer under development, due to several important priorities in both RMatt's life and Armerdylo's life, as well as a decision and a realisation made by both of us that we need to focus on more important matters in both of our lives.

Generation CORRUPTION was going to be a mod that everyone would have played, and that was our intention from the very start, both of us had our hearts set on this mod and it's success. But we have both decided that our education, wellbeing and life are far more important than something completely unrealistic that has little value, in the end.

We also would like to express our displeasure and annoyance at several individuals who have tried to hinder this mod since we started producing quality content, those people know who they are, so I won't waste time naming them. 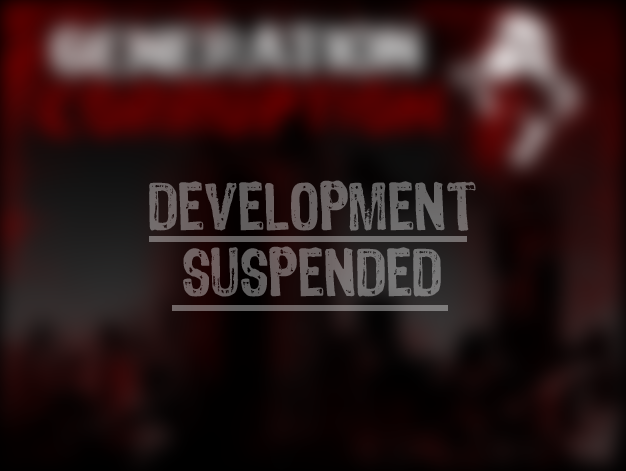 Atleas upload that what you have created so far.

I've no words to express what I feel.

Good luck in your lifes.