Well, since people are wondering about TAZ and Misery updates I decided to clear things up.

TAZ 1.7.4 is the latest and most stable version released, and it is also the last one for Misery 2.1.1, there will be no further updates until 2.2 is released, the reason is this, Misery Dev team have recruited me some time ago, it was after releasing 1.7.4, this made me able to have a closer look into the progress of Misery, so instead of continuing with updating TAZ I wanted to help up the team, the plan is simple, correct and fix whatever possible within 2.1.1, that's where I started posting "Vanilla updates" in TAZ. Being able to do heavy editing wouldn't be possible if it wasn't because of the help of the masters, Matt "Swartzy", Lance_W, and Millenia through his youtube videos, these guys helped me gathering the needed knowledge to start editing meshes heavily rather than editing ltx files only "I'm not telling you to go ask them for teaching :v".

All the vanilla updates shows what Misery 2.2 will contain, here are some of them : 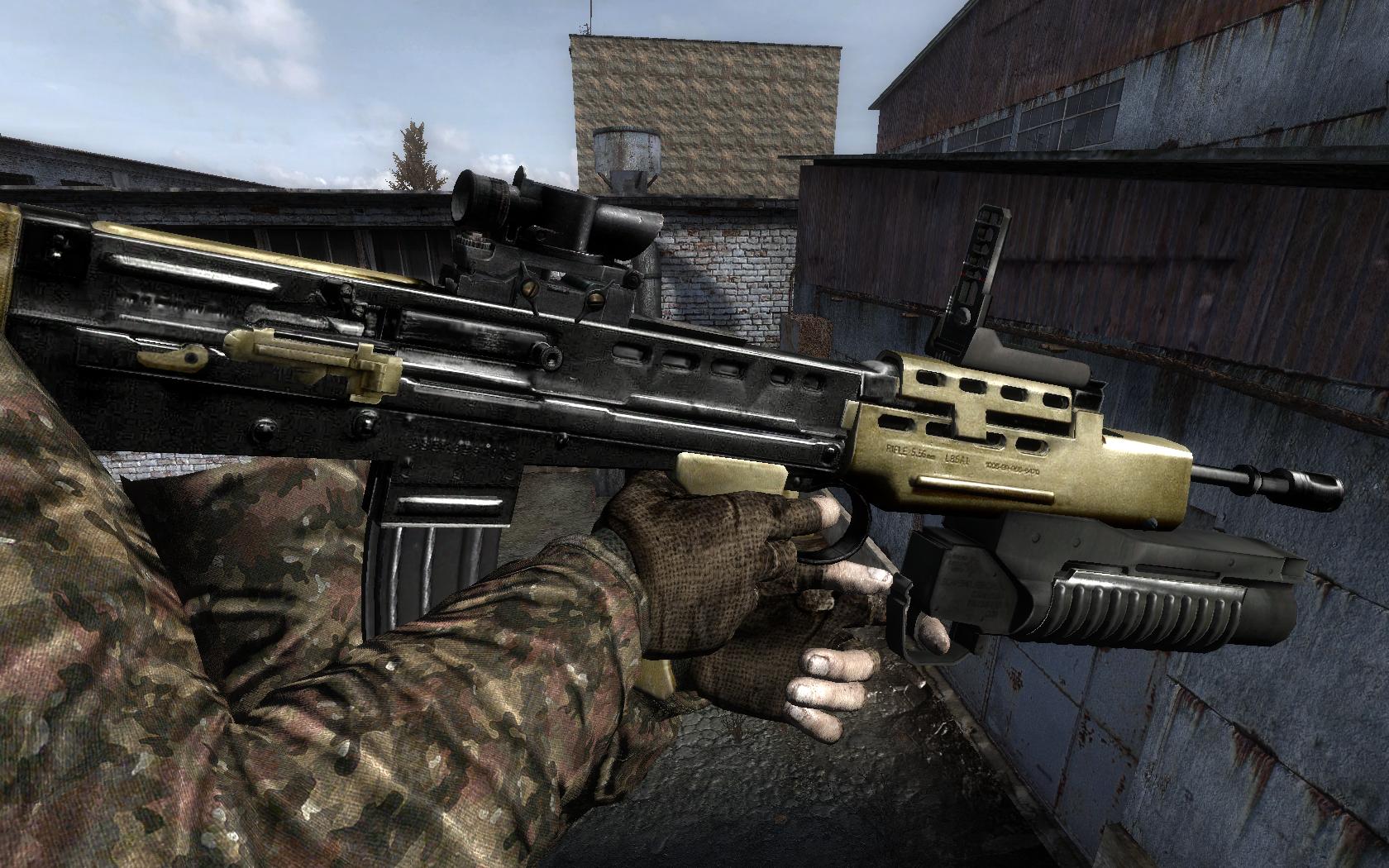 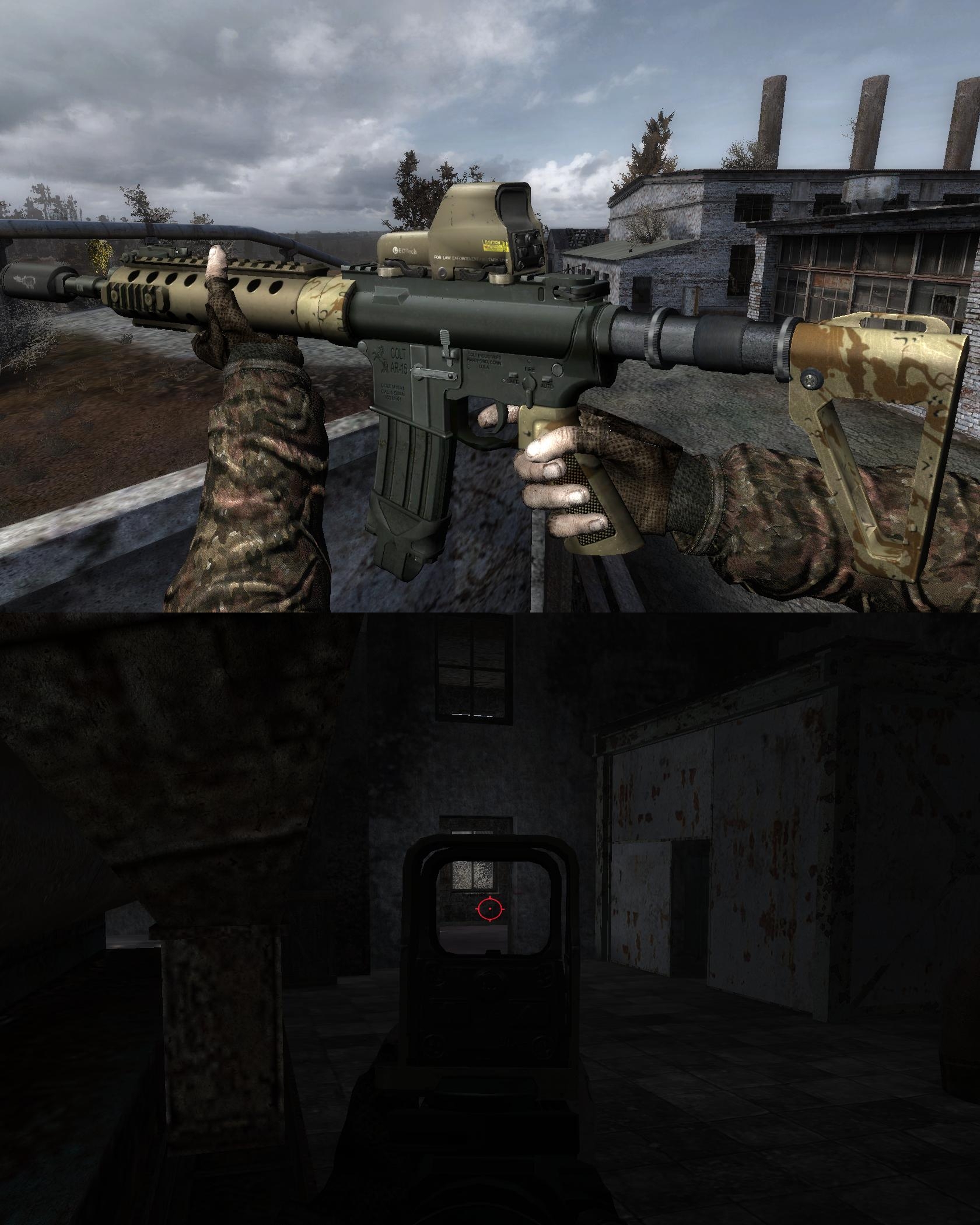 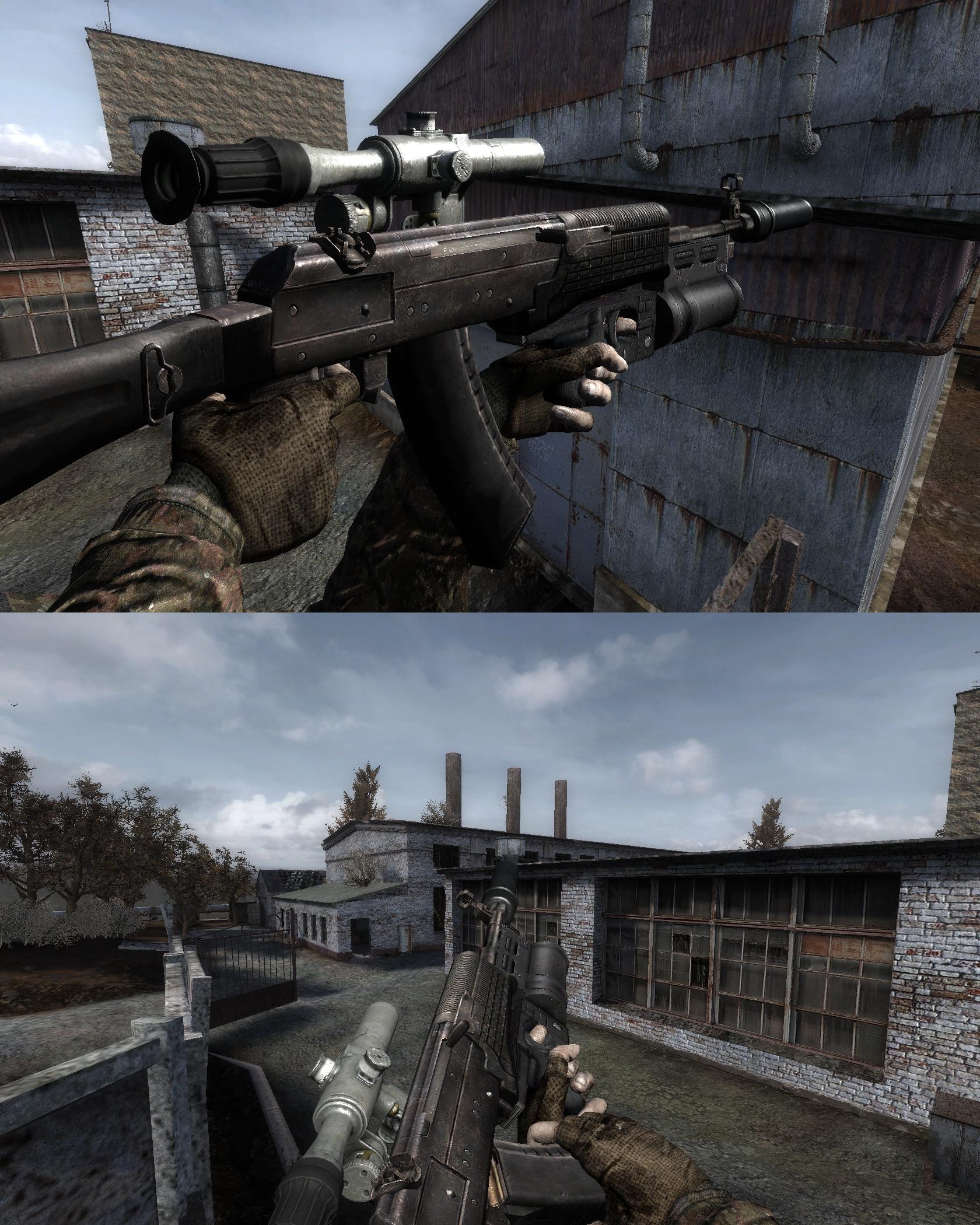 All the above will use better animations and they are mirrored, and they are just samples, the list is massively long.

Also, several new weapons will be included in Misery 2.2 : 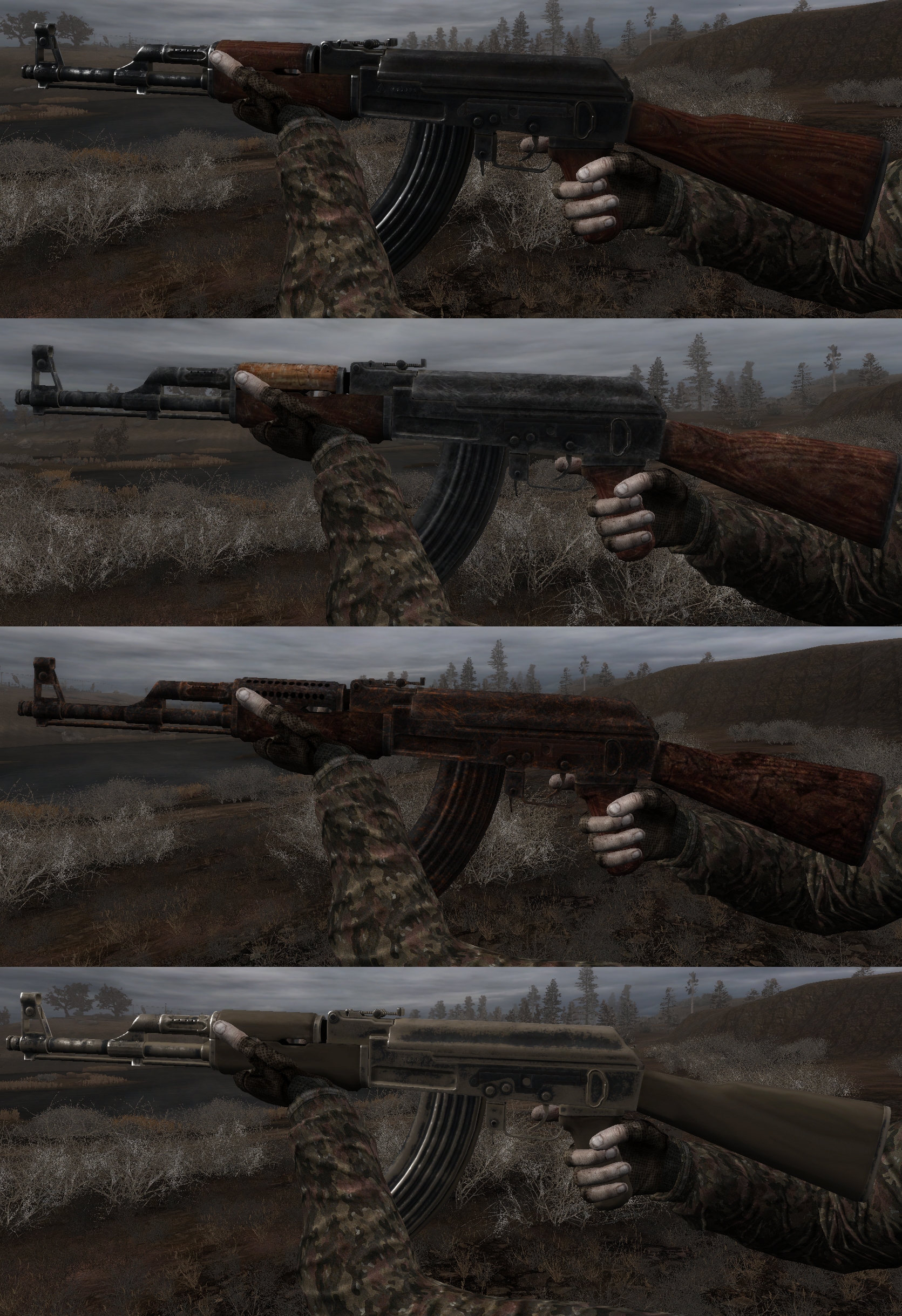 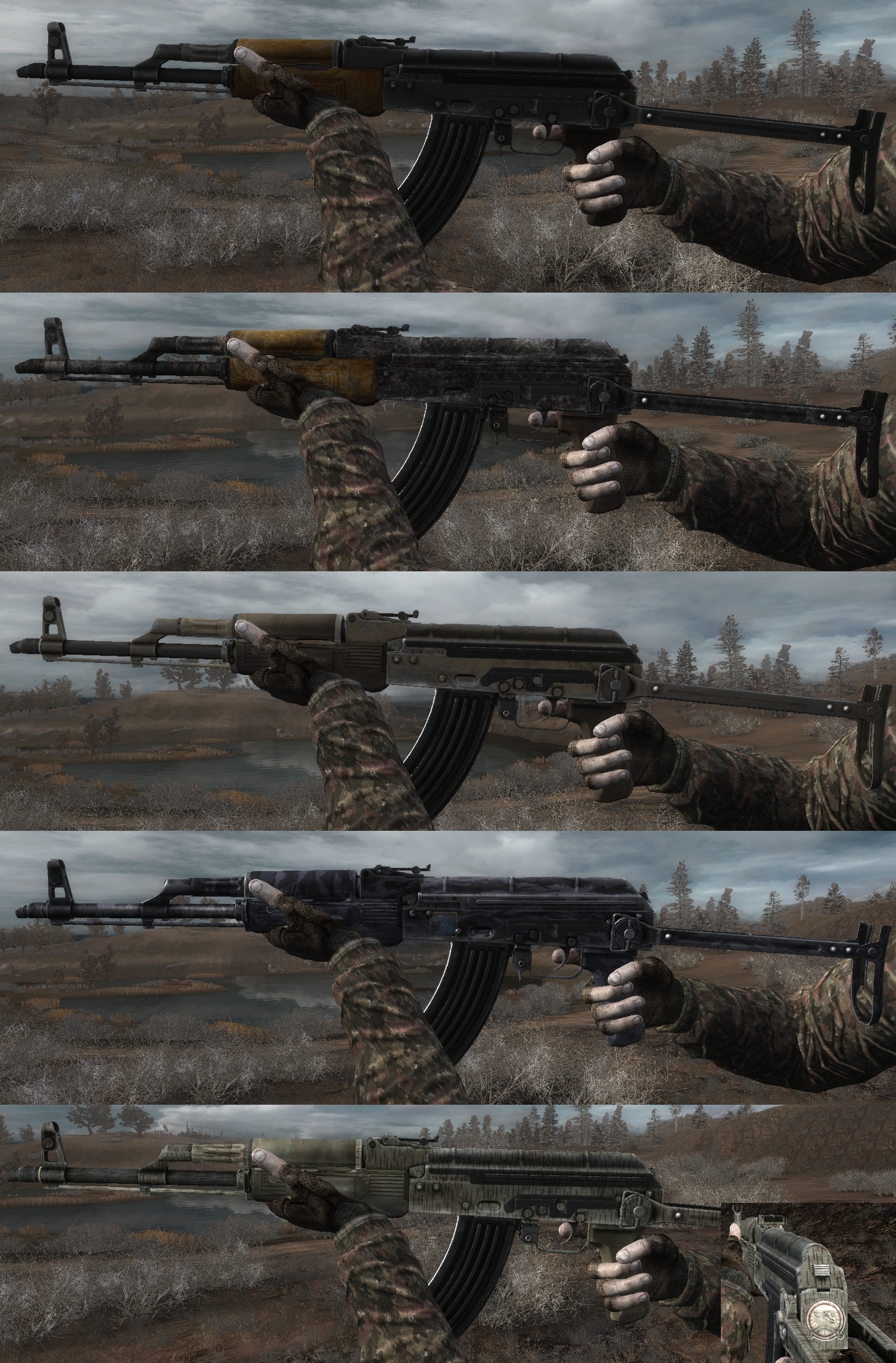 As for the future updates of TAZ, the plan is simple, wait until 2.2 is out and than start replacing the whole arsenal of Misery with the all brand new HQ models, COLT, RPK, ABAKAN, AKS74u, even some weapons will be replaced and will have new variants, like the Saiga 12k, and obviously new weapons will be added, the Vepr-3V, Veteran AN-94, and even a whole pack of AK-74 with Duty and other variants, obviously that's not all :v just a small dose of what to be ready for.

Here is a glimpse of what Niick did so far for additional camo variants : 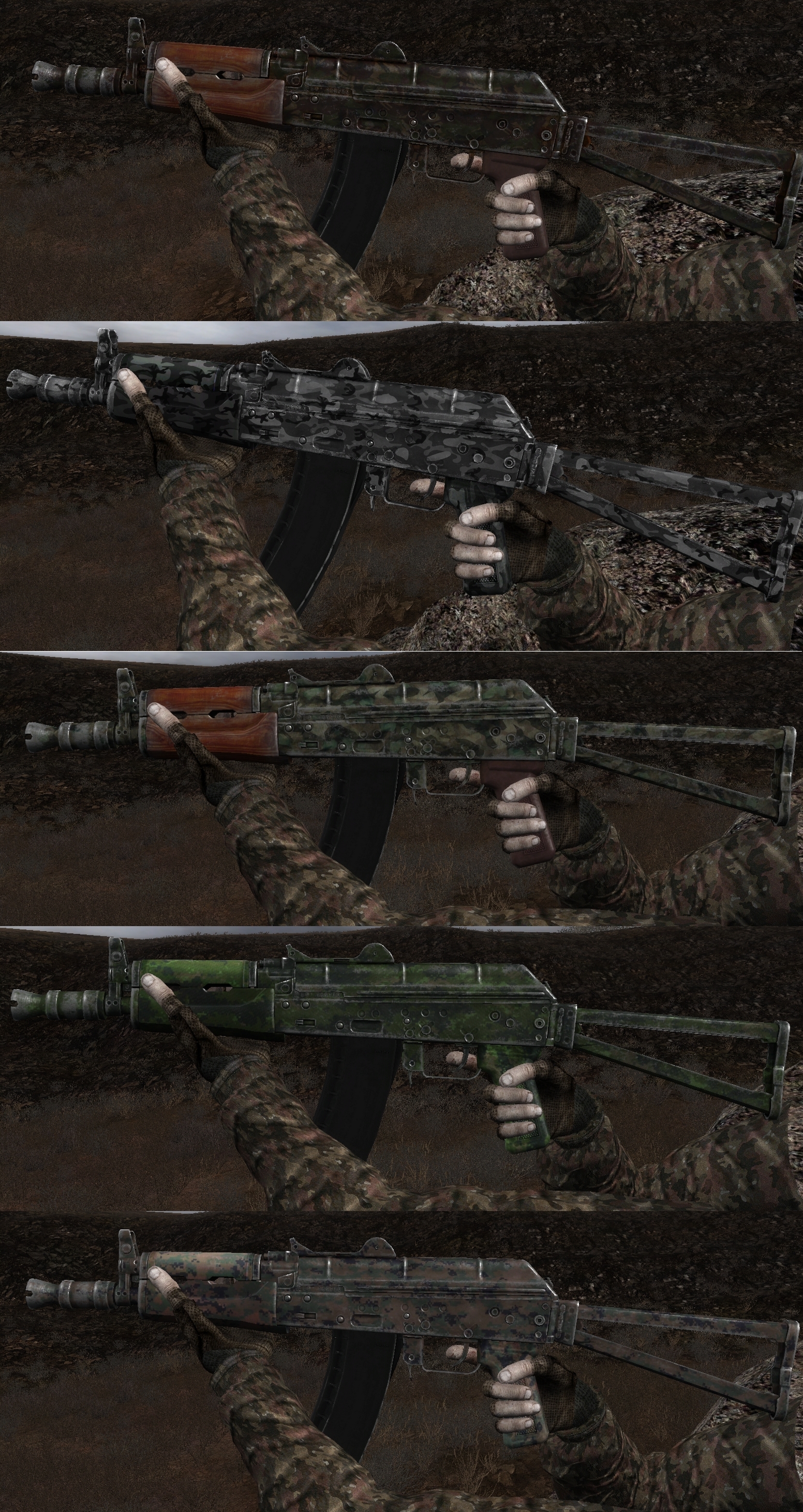 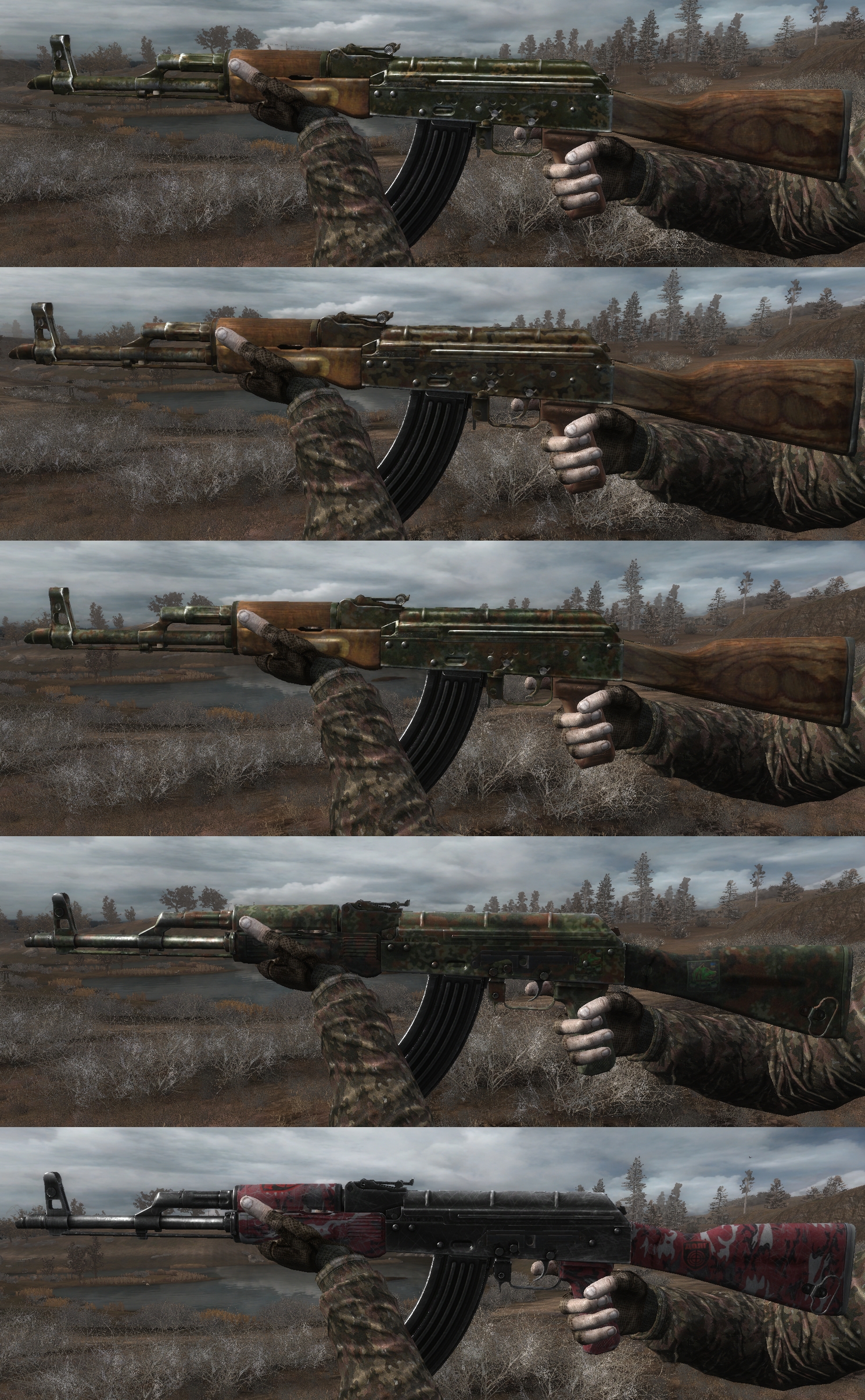 these and more will be included in the future TAZ updates, not precisely the next one, but they will be scattered among updates.

P.S : Here is a nicely modeled M16 that is definitely going to reach the zone.

Didn't know that.
I though Misery dev team were fully focused on The Seed and there would be no more Misery updates. Seems like I was wrong.
Now things are clear.
With incoming Call of Chernobyl and new Misery - 2015 will be great year for CoP.

Don't forget Gunslinger :D they might release it within 2015.

I hope misery 2.2 gets released this summer

I'm all hopes for that too.

Very clever of the team to recruit such a dedicated guy. Congratulations mp5lng !

Thanks man for the visit :)

Some great work there
mp5lng,cheers.

Hella good work all the way, we'll be flooded with incomprehensible amounts of regional and unique weapons by the time 2.2 hits.