Geistkrieg: A Shadow Over Egypt' is a fantasy WW2 Real-Time Strategy game to be released on the Starcraft 2 Arcade.

Hey, I'm team lead on Geistkrieg (I also do much of the game design, and all of the textures). While this is the first project for Starcraft 2 we'll release, we've been modding RTS for a long long time for the 'Command and Conquer' series. Our last major project was 'Mideast Crisis 2' for CNC3 (link below);

So far I have to say that Starcraft 2's engine, while not perfect, and lacking a lot of documentation, has allowed us to do things we never could've for CNC games. Geistkrieg has been a lot of work (both art and code) but it's finally coming together.

The plan is to release a rough, public, Allies-only alpha in the near future. By rough we mean; probably no new infantry (animations are killing us atm), particlefx or sound (not going to tackle that yet). The goal is to slowly add on and iterate from there.

You can find more lore and gameplay info on our site; Tankrush.com 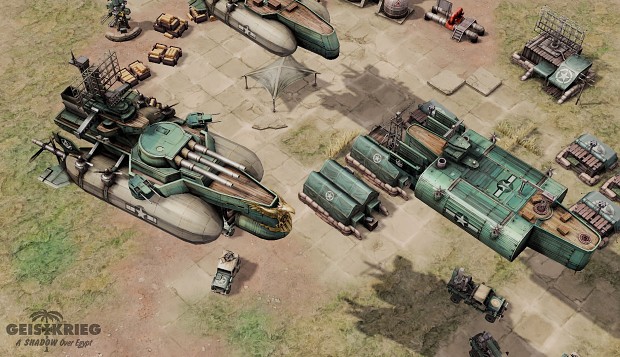 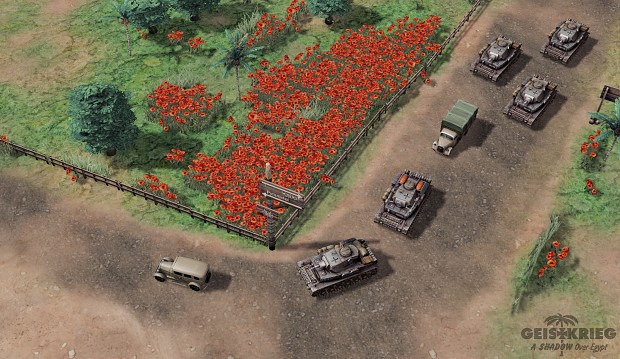 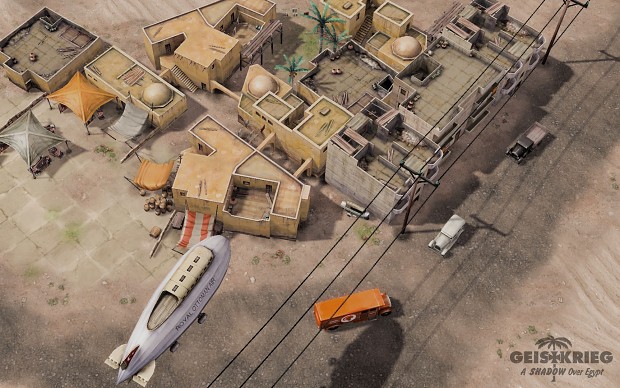 Interesting idea, I see some aspects from Red Alert 2 and Company of Heroes :)

Yay for WW2 again by this time from the MidEast Crisis devteam!

Nice catch, yea CoH a bit for style (although honestly Diablo3 was more an influence) and RA2 in terms of gameplay feel (having a lot of different, new types of units to play with).

hope its gonna have single player, has a big potential. tracking.

We have a lot of ideas for singleplayer, but we have a long way to go before we can think about starting on it.

Sounds like Lovecraftian mythos set in WWII. Judging by the descriptions of the Reich and Allies.

Not the exact mythos, it works different here but yes, it's clearly heavily inspired by it.

Geistkrieg - A Shadow Over Egypt Starcraft II: Heart of the Swarm
Related Games