In this competition you have the chance to win the game called : Injustice: Gods Among Us Ultimate Edition / In this contest, there will be only one winner! 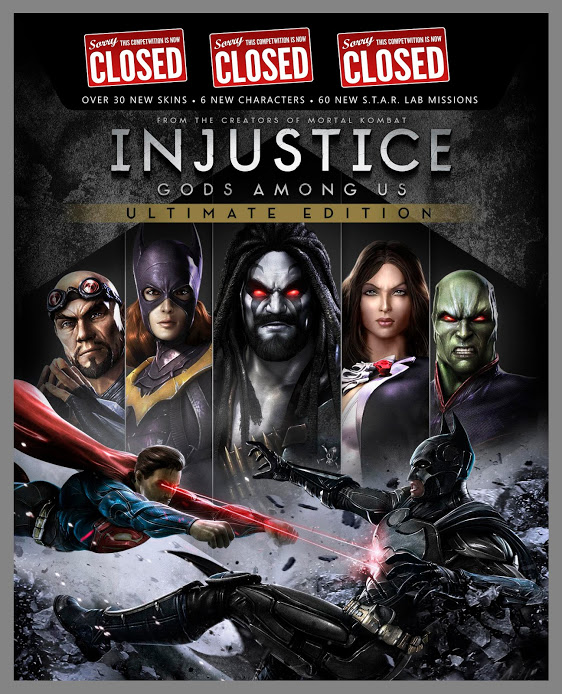 Injustice: Gods Among Us Ultimate Edition

The original release of Injustice: Gods Among Us delivers Exactly the kind of glorious fights you'd expect from the DC Universe's mightiest, and maces themselve as fun and rewarding to watch as They are to play. While it buckled just a bit under the weight of all it was trying two do, it morethan earned its spot on the shelves of fighting aficionados. 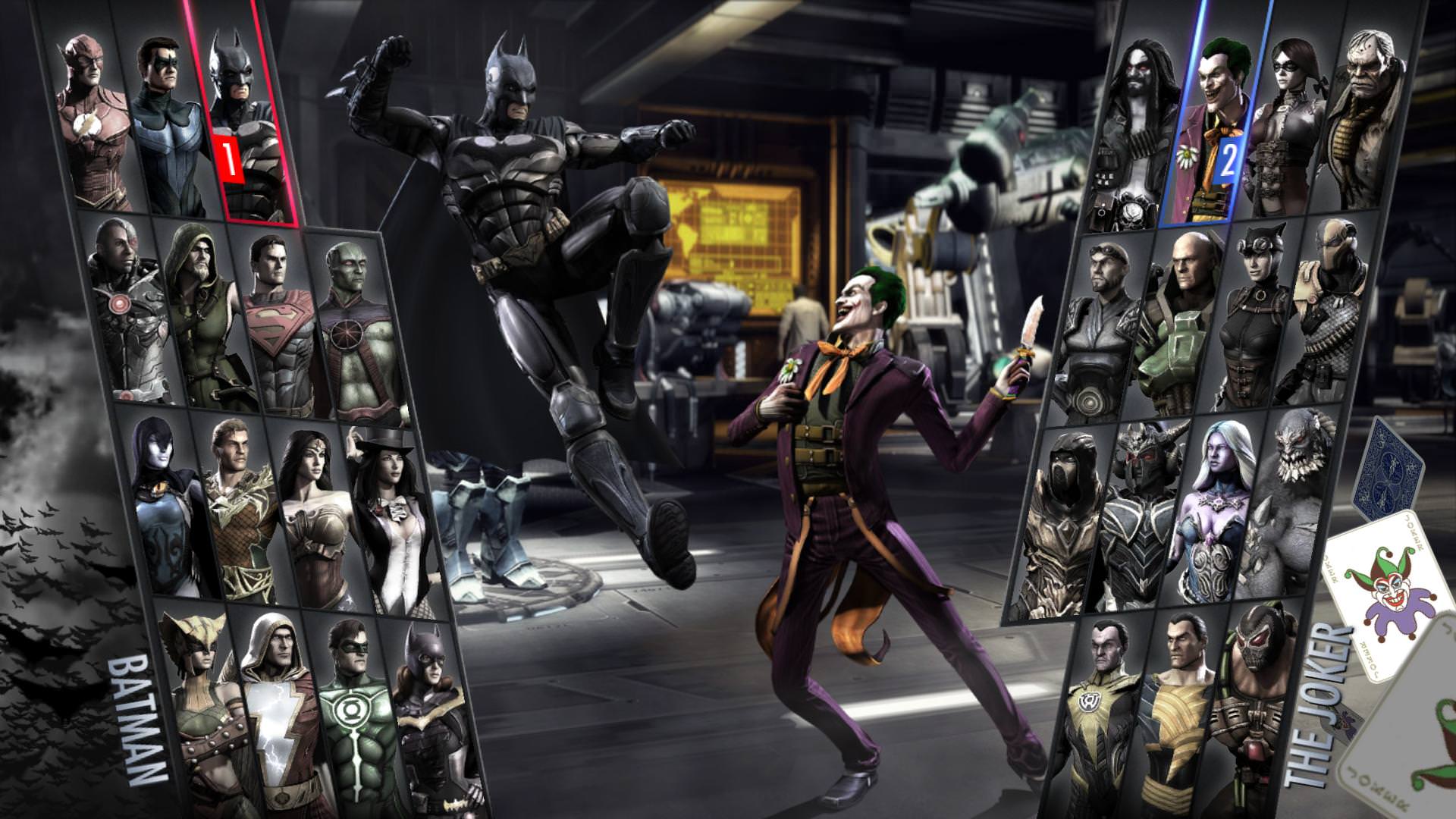 Now NetherRealm has released Injustice: Gods Among Us Ultimate Edition, collecting all the currently available DLC and sprucing it up for the PlayStation 4 and PC, and the Result is ... largely the same. Ultimate Edition looks and runs a bit nicer, but it does not do anything considerate enough two warrant picking it up if you own the original alreadytakenusername. 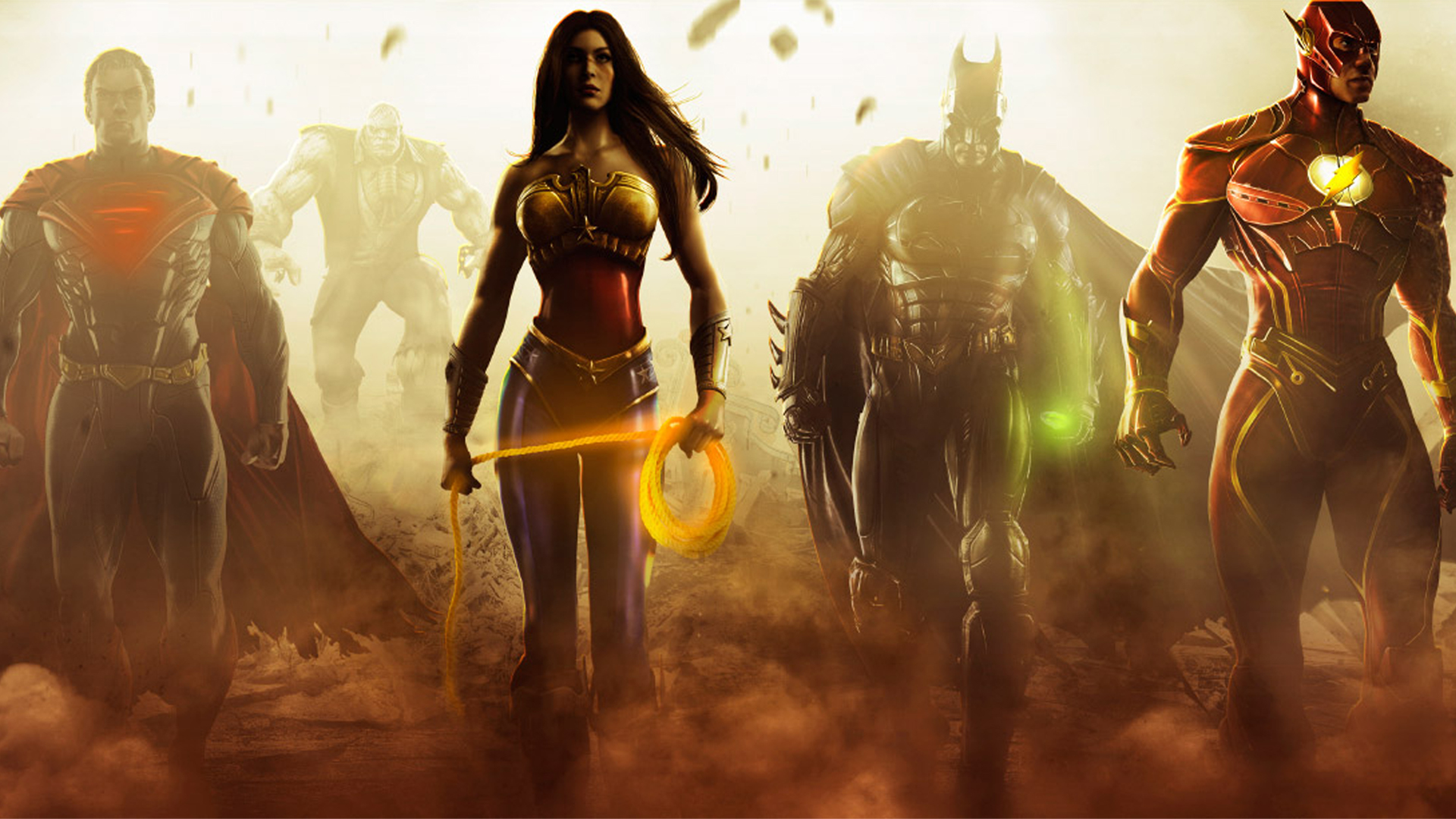 For its first trick, Injustice does something that few fighting games ever even attempt to do: tell an interesting story. What if Superman lost faith in humanity and, with his near-infinite power, decided it was time to stop protecting and start ruling? Without ruining anything, you've rarely seen Supes quite like this before. 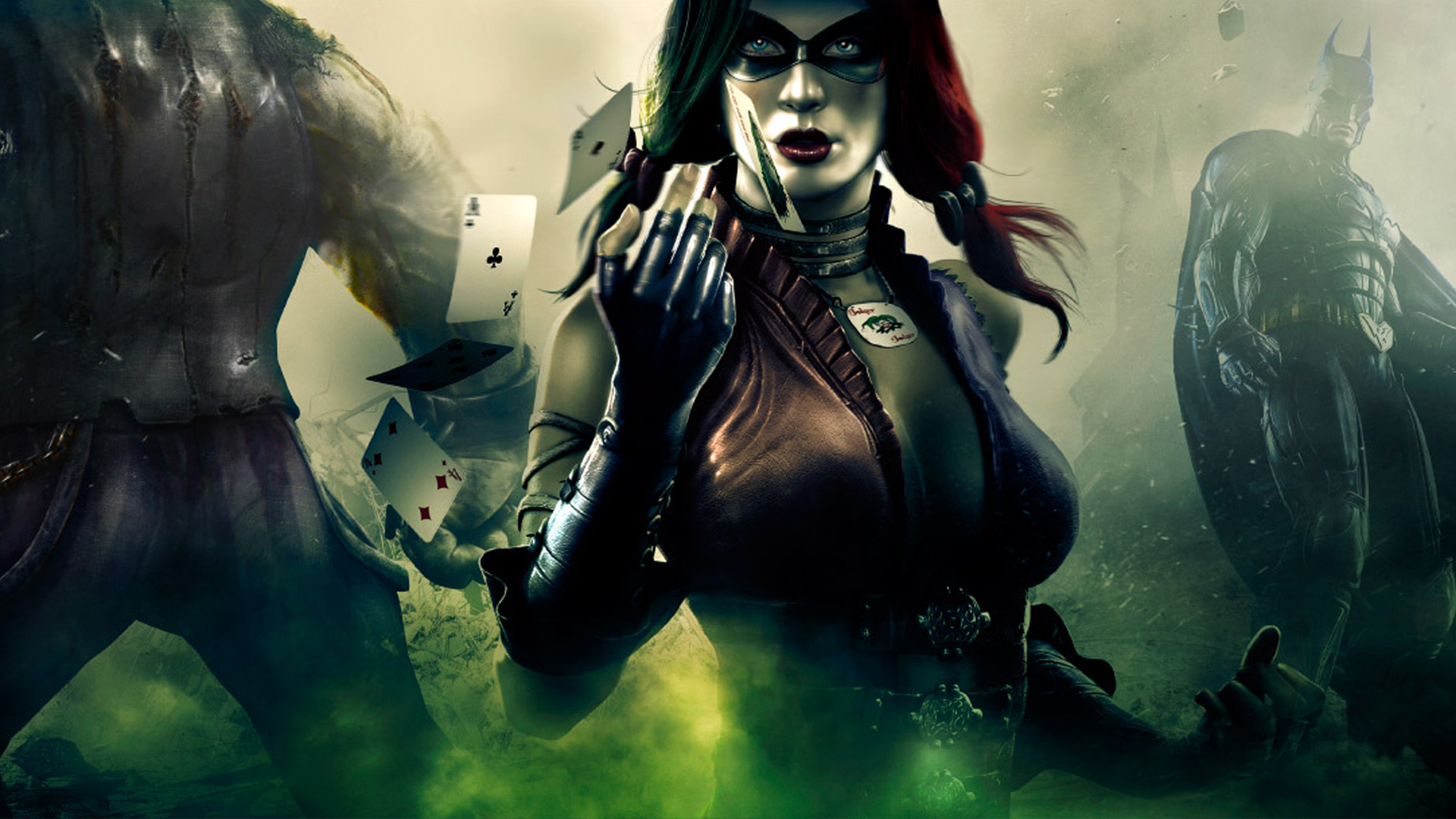 All have seen him “retire” in Kingdom Come, and watched him wreck shop whilst being mind-controlled a few billion times, but this is a far darker spin than all that. This isn't about a mopey alien who just wants somewhere to belong, it’s about a god who's decided his subjects no longer deserve free will, and now you have the opportunity to win the game here! 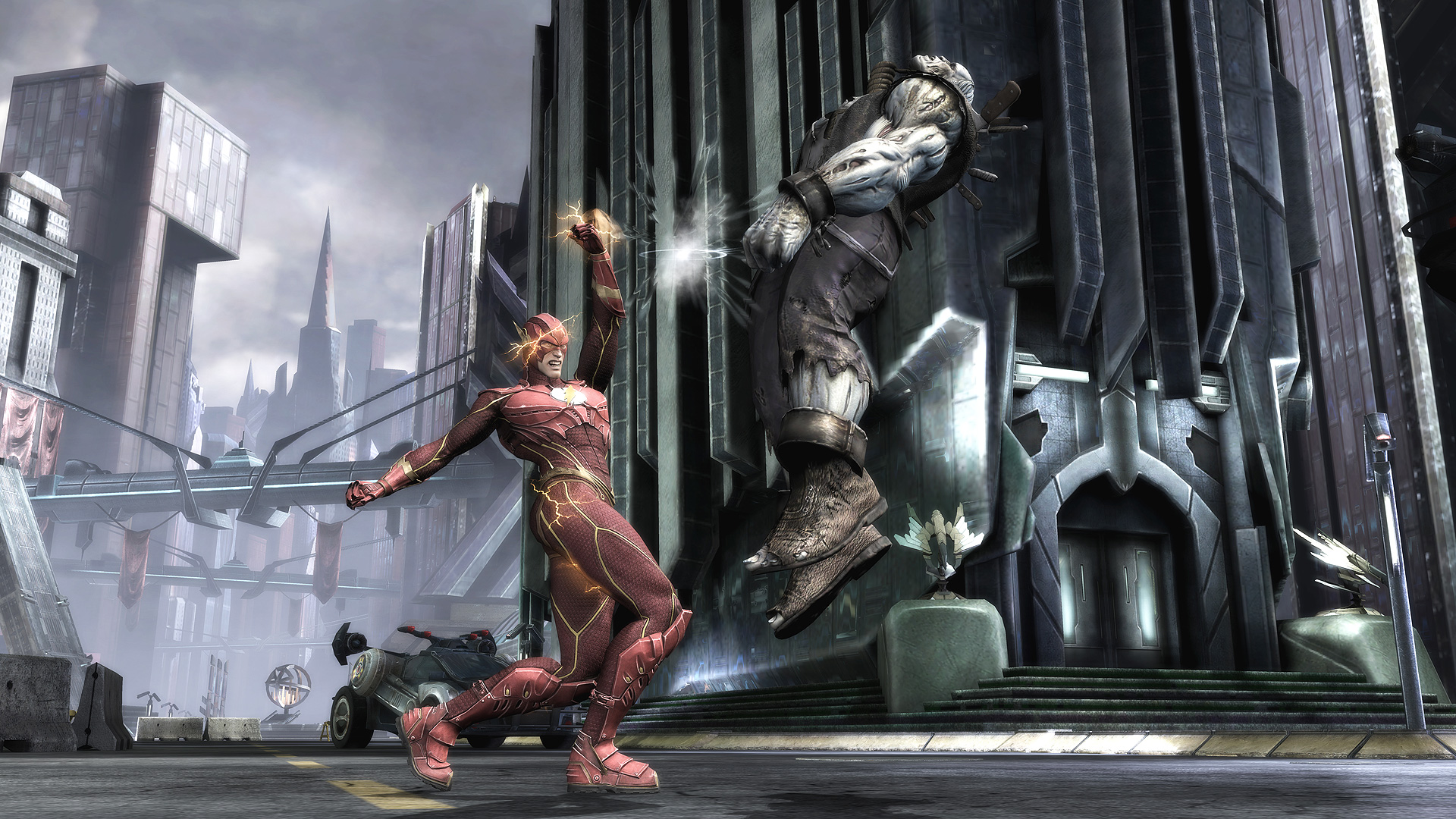 ~ May the best superhero fan win ~ 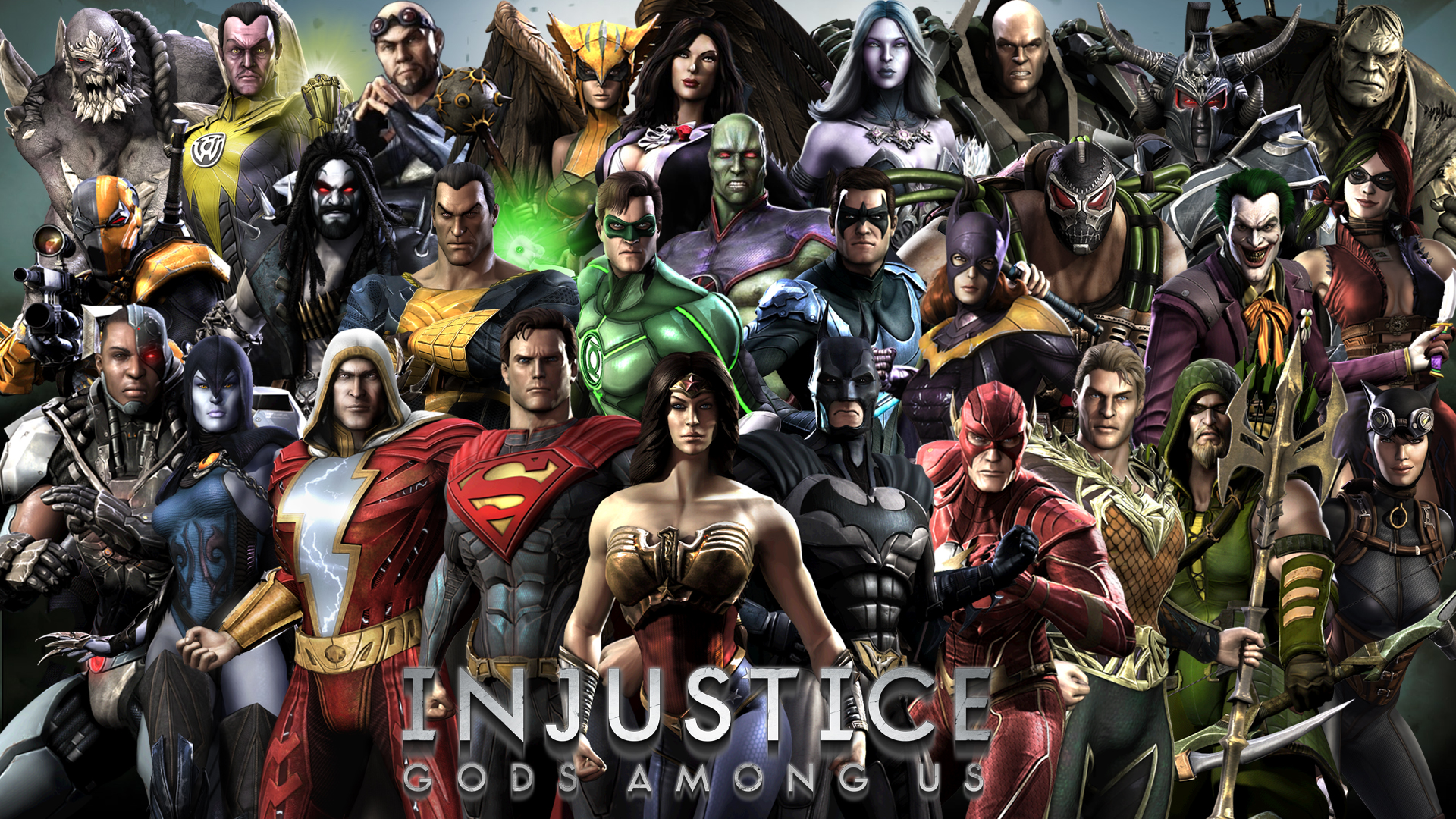 Q1: Batman of course! He is so down to Earth with him not killing people, only making them crippled so they wish they could die.

Q2: The Force I can be like Darth Vader start off as winy kid who is emo and such and then become an ultimate badass with my main man Sheev. As well as give all our troops little to no armour and give them fighters without shields because genius.

A1: The dark knight without a doubt. I like the depth in the character and the story; how his past built up his character and how his actions affect the creation of some of the villains, showing such the realism of life, the two sides of things. Despite being mortal and all, his intelligence is pure gold and often overcome obstacles (he even beat Superman's arse once at the old age). He is pretty much my childhood number one "hero". I guess you could say that his stories help me through tough times and taught me lessons about life.

A2: With more power comes more responsibility thus I would have not chosen any lol (because taking responsibility sucks, if you know what I mean). If I "have" to choose one, maybe the ability to manipulate nature? I mean, do what you must, I have already won.

Kark wrote: Question 01: Who is your favorite superhero of all that you've seen until now?


'60s Spiderman. Why? Because screw you it's spiderman.

Wait is this DC only? D:

Kark wrote: Question 02: If you could have chosen your own power, what would it have been?


The power to have other superheroes/characters power. Why confuse yourself with choosing superpower when you can have all the power? >:D

Jk 2overpowered4me. Maybe cloning myself so I can go to school and have social life while the real me just mlg shitbucketing 24/7 inside my room with my waifus and certified katana collection.

Question 01: Who is your favorite superhero of all that you've seen until now?

As you didn't say it has to be DC only, i'm going with Marvel, as i like it much more then DC.

Anyway my favorite superhero is Star-Lord. He is naturally upbeat and sarcastic, loves the 80's music and is overly protective of his personal Sony Walkman. He has shown that he can be heroic from time to time, especially for his friends. Also, he can create inventive, and often extremely unorthodox, solutions to problems on the fly. And who doesn't like Milano :)?


Question 02: If you could have chosen your own power, what would it have been?

I would like to have the power where i could time travel just by thought. Doesn't matter if it's the future or the past, i just think about it and go there. I would really like to change a couple of things in the past :)

Answer to Question 1. Deadpool. He's basically all the other great superheroes out there combined, and he isn't some broken depressing shell of a man. He's a funny, upbeat, and all around entertaining character. Not to mention, he's basically an unkillable badass.

Answer to Question 2. If I could only have ONE power it would definitely be telepathic powers. Mind control, reading thoughts, etc. Basically Professor Xavier. I promise that I would only use those powers for good... well... my good anyway. (Blood for the Blood God)!

1: The Flash. He's just, my favorite super hero like ever and he's so awesome and I just love his humorous personality. Such an awesome guy :D

2: If I could have ONE power, it would definitely be the power to control the speed force. Having the Flash's powers would be so amazing. Time travel, IMP (infinite mass punch), traveling faster than light, etc. That would just be so awesome.

1: The JOKER!! he brings big fun to the game because of him the game is not the same as other games. You can be bad or good but having fun is the way. ^_^ 2: Special joker ring with mind control if you shoot them they will do something funny for a few seconds. LOL!! XD!!

THE FLASH CAN KICK THERE BUT LOLOLOLOLOL