In this competition you have the chance to win the game called : Dead Horde / In this contest, there will be three winners! 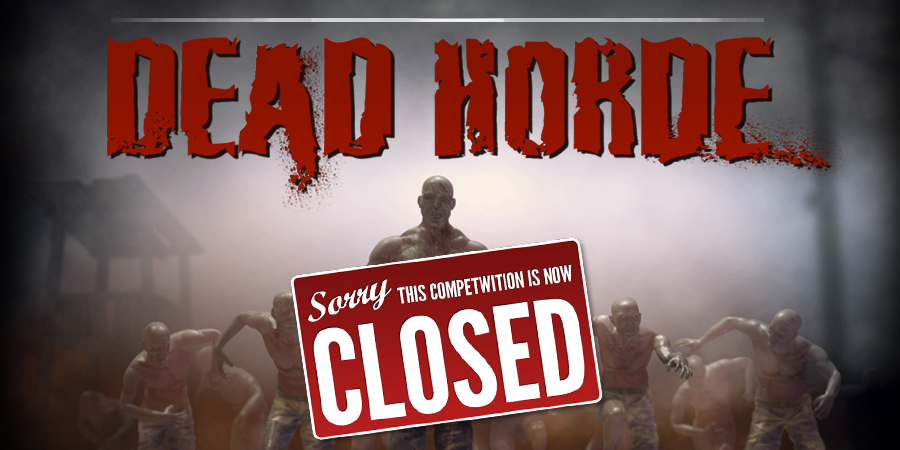 Dead Horde As a survivor of the mutant virus together with a comrade or alone, you must make your way through the city levels, every new area uncovering new challenges to overcome and mutants to destroy. 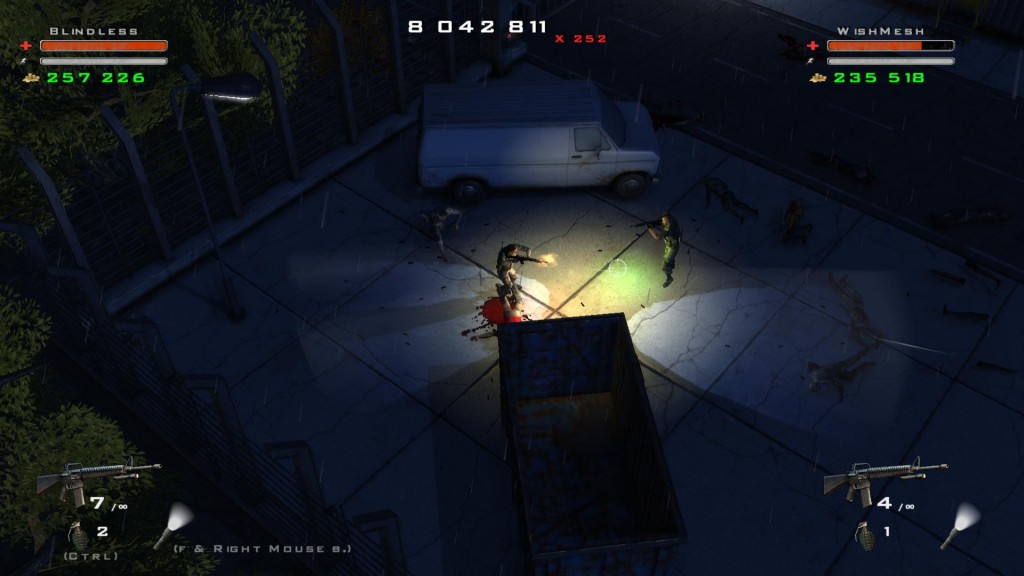 With a large variety of weapons at your disposal, together you must wipe out the hordes of flesh eating mutants. On the way you can use vehicles and clever puzzles must be solved, but teamwork is the key to survive the DEAD HORDE. 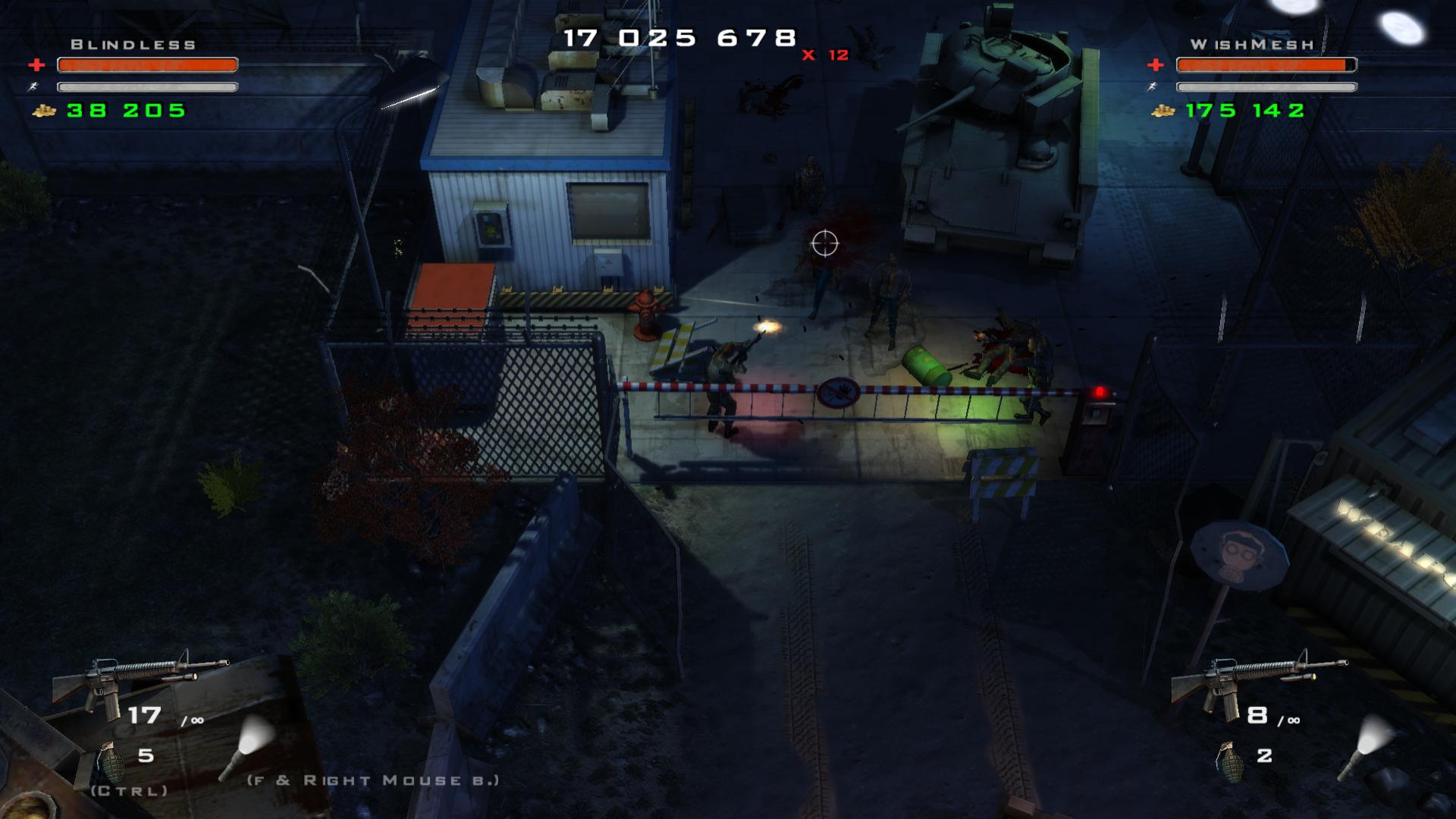 I played the game myself and thought it was fun to test it and playing with other up in the new levels. The game is not big, there are a few different weapons you can use against zombies. You have the ability to run cars and other things in the game. 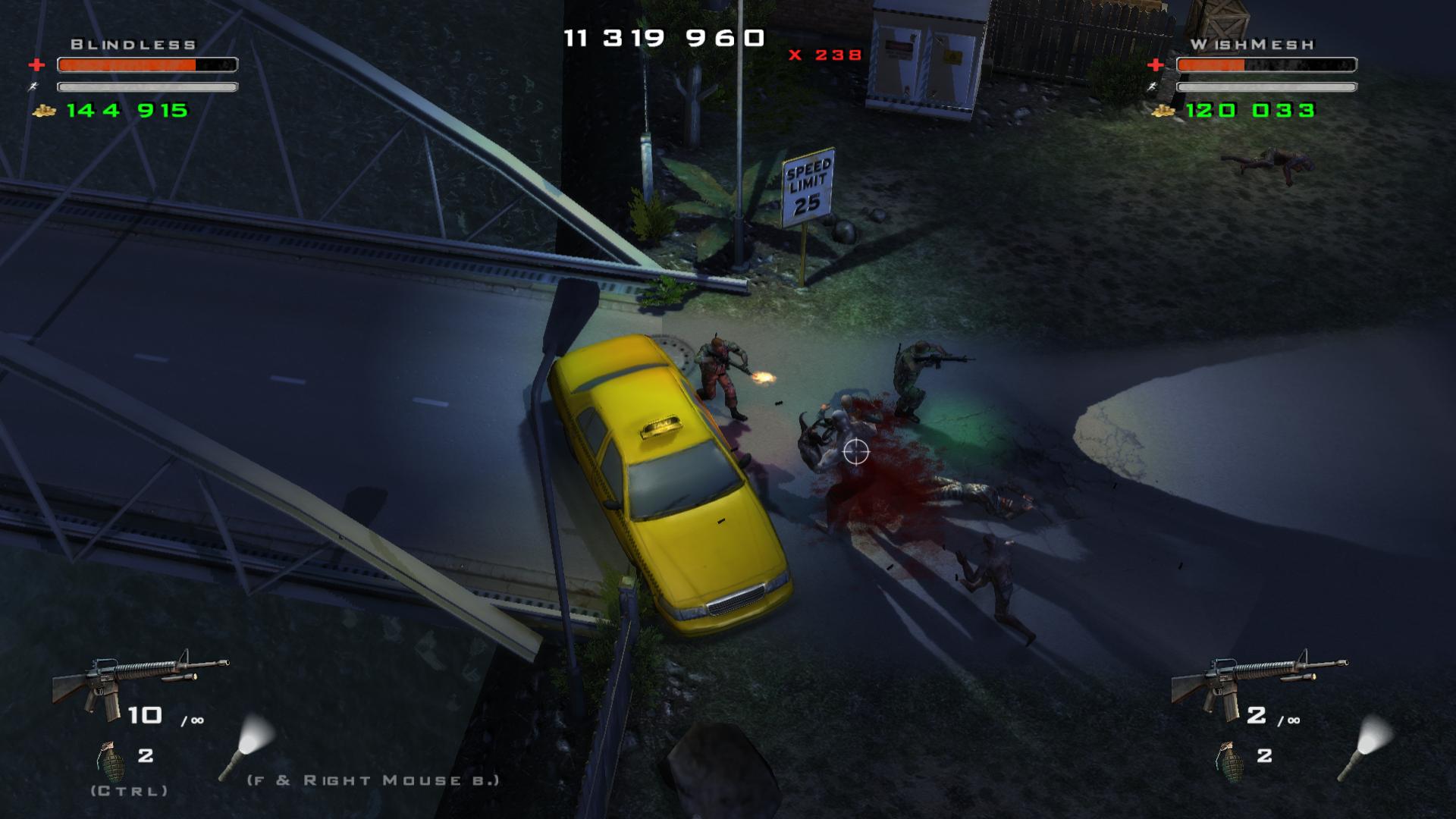 Hey, where do we put competition answers?

I have one here,
1. my favourite zombie game, (isn't out yet) would have to be survive the night, it looks really cool with the whole barricading aspect as well as the not-really asky graphics.
2. My favourite weapon to kill zombles with would be either, a silenced pistol(probably one like the one from quake wars), or a silenced colt m4a1 carbine (thing from counter strike)
P.S. looks like a really cool game that would catch on in greenlight!

1: my favorite zombie game currently would be Unturned due to the survival and the hardcoreness
2: my preferred weapon for taking on zombies would be a crossbow, because I could modify the arrows and could pick the arrows back up after firing

Question 01: What is your favorite zombie game?
A: Zombie Panic: Source

Question 02: What kind of weapon do you think is the best to use against zombies?
A: Silenced "salvo" shotgun

2)What kind of weapon do you think is the best to use against zombies?
A blunt weapon like a bat and its sneaky type

1. What is your favorite zombie game?
Day of the Zombie.

2. What weapon do you think is the best to use against zombies?
An axe

Question 01: What is your favorite zombie game?
Left 4 Dead 2.

Question 02: What kind of weapon do you think is the best to use against zombies?
Shotgun, any type of Shotgun.

Question 01: The Last of Us, simply because its a story driven tale that is very touching and I enjoyed it with its stunning graphics and great combat.

Question 02: Lightsaber, Hands down its the best for e.g: cutting instantly and never runs out and is great for hordes.

1. What is your favorite zombie game?

2. What weapon do you think is the best to use against zombies?

For the first question, a couple come to mind. Though they're not strictly Zombie games but they do involve a lot of them. Cry of Fear, and Lone Survivor. Cry of Fear has to be the biggest Wtf/Grossout/Insanity Survival Horror game out there. It's got so much horrifyingly disgusting monsters that you just have to love. Normally, I'm not one for Grossout. But in Cry of Fear, it works. The survival-horror aspect is challenging and done perfect. Most of the level-design is real straight forward (Though there are a handful of parts in there that will make you get lost for hours) and very creative.

Lone Survivor gives you a completely different tone. There's far less action but that is because the monsters are incredibly difficult to kill. The survival part does not come from fending off the monsters, but running away from them. There is also hunger/hydration, sleep, and sanity that add to the survival aspect greatly. And it's got multiple endings based on how well you kept up your character, triggering certain events, and finding certain items.

They are both very unique and well-made Survival-Horror games that involve Zombies pretty heavily, but the idea of Zombies is pretty unique in both of them.

As for my preferred weapon, I prefer a Machete. They're easy to maintain, very sharp, and very easy to replace. Breaking it just means you have less range to deal with, because you can spruce that thing back up in no time. They can cut through almost anything, in some cases even solid steel. And they're everywhere and extremely abundant.