In the previous update we talked about some of the future plans for the mod, and some of the changes we intend to make. However, we did not address some of the other criticisms we've seen when we read discussions about the mod. This update is more or less dedicated to addressing those, because we do read everything we find, and we do consider it.

This should give a better idea of the direction we want to take the project in in the near future, whether it's all addressed in patch 1.1, or more. We've already addressed the AI and SSD, so those won't be mentioned here. 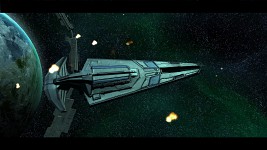 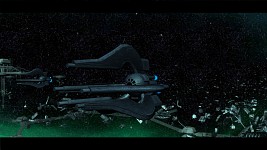 1. Every text entry is [MISSING]. Why?
The mod is meant to be used on an English install, because we all speak English. If you speak another language, go into the mod's Data folder, then the Text folder, and change Mastertextfile_English.dat into whatever language your game is. The text will be in English, but it will at least be there. If you are fluent in both English and another language, and would like to translate the mod, please contact us by Pm or email at ThrawnsRevenge@gmail.com . That is one thing we certainly can't do ourselves.

2. I have the game on Steam, and am having trouble installing it.
Can you help me?We can. Click here for the instructions. 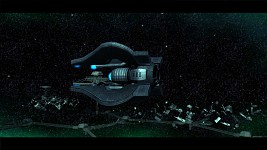 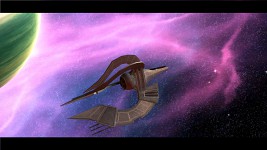 Now, for actual complaints and questions people brought up. These are drawn from public posts in both the English and German communities, on our MDB profile, forums, EaW Files news and download pages, and a thread about us on Steiner Modding Group's forums. If you have a different issue, and it isn't addressed here, please bring it up on our forums and we will address it.

1. Autoresolve sucks.
We know. My mistake. We know what's wrong, and it's being fixed. Autoresolve is always going to be kind of sketchy because it's based on a bunch of stupid parameters, but it will be at least as reasonable as it is in EaW.

2. The mod lags when I play as or against the Empire of the Hand, or when K-Wings are on the screen.
The Clawcraft is rather high poly, which is enough to cause many computers to lag when large numbers are on screen. This will be addressed. The K-wing has a shadow mesh that is extremely high poly, so even the best computers will probably lag with it. This has already been fixed, and will be in the patch.

3. The game is different and doesn't play exactly the same way it used to. I can't just bomber spam and win.
Thank you. Goal achieved.

4. My ships are blind. They can only see a few hundred meters.
Visual ranges have been greatly increased on all ships.

5. Are you going to do more eras?
Probably not. We're happy to continue improving and adding on to what we have now, but there's really no other eras we could add as far as the scope of the mod goes, keeping the same factions. Anything else, if we do it, would not be under the Imperial Civil War name, at least. 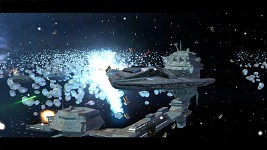 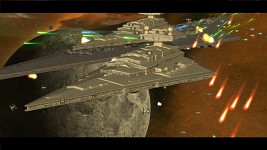 6. Not every map was replaced, some vanilla ones remain, and some planets share maps.
There's 120 planets in the mod, and 65 new ground maps. Mapping is extraordinarily time consuming, with each one taking around 15-20 hours, depending on type and specifications. We work on them as we have the chance, but really, there's always going to be some duplicates, unless we get a bunch of help with that.

7. FX are good, but they came from the FX mod.
FX mod was started out of Thrawn's Revenge. The particles came from TR and went to FX. Both mods are made by more or less the same people.

8. Every reinforcement point give you a unit capacity of 10 right off the bat.
This was a conscious decision based on personal preference, and we're open to discussion on it. The way we saw it, the RPs are useful for getting different places to bring down units, and making you run around the map to capture them every battle isn't fun. Again, open to discussion.

9. Little unit diversity.
The goal of the mod isn't to throw in every possible unit, regardless of whether or not the role is filled. We'll do what we can to diversify the Imperial leaders a bit more, but as far as the space aspect of the IR and Nr are concerned, we're happy with what we have. They'll get a few more units, but not many. The Empire of the Hand is certainly a work in progress though, so they don't have the same diversity yet, but we're working on it. 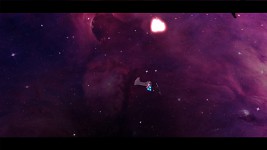 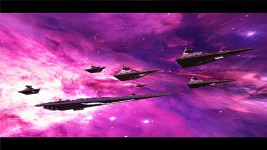 10. No campaign/tech progression is just kill one person and move on.
We never promised a campaign, for one thing. Campaigns are a lot of work, and when the people who'd be making it are the same ones who make the art assets, it gets pushed really far aside. If people had suggestions or wanted to help make a good one, then please, post them. As for the GC progression system, we don't see anything else that could be done with it to make it more story driven without removing the sandbox aspect of it. We don't want to force the player to follow the Star Wars timeline in the Galactic Conquest mode, unless we made one specifically for that purpose. If you have ideas for random events and missions, and/or can help put them in, then please contact us.

11. Some stuff looks terrible, especially with the Empire of the Hand. I expect more from 4 years of development.
We know. We make our own stuff, and started off just learning for the mod. So a lot of the time was spent redoing old stuff, which is what we're doing now to bring everything up to a higher standard. The majority of the art work in the mod was done by 3-4 people who had no previous experience, and we barely used any outside content, which is where the four years went. We also had major restructuring done, and were working on more than one thing at once. 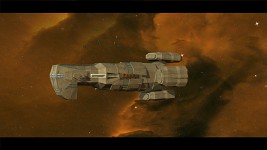 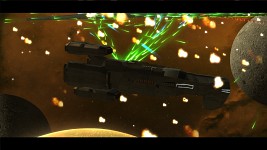 We'd like to welcome Med8r back to the team as a mapper, and The Farseer onto the team as a modeler/skinner/rigger. You can see some of Med8r's maps in the mod (Exocron, for example). You may know of Farseer's Rise of the Mandalorians mod. The new Chaf and Phalanx skins shown here are by him, the models and new designs are by Corey, with the basic Chaf shape being by Valiyn.

We're also in a resource sharing agreement with the mod Freeworld: Tides of War for Freelancer. Both mods give each other resources, and some of us work on both mods as well. The E-Wing model has been donated by them, as has the Neutron Star Freighter model.

If you have any further complaints or suggestions that you think we should address in the future, please visit our forums.

I'm not complaining. Keep up the great work. I remember a few years back looking at this mod and thinking it wasn't worth the download. But now I am in awe of the work you guy(gals?) have done.

I can translate the text into other languages, so long as you give me the text in a word or .txt doc, because editing the strings in the .dat editor would be extrenious for translating. send me a fourm pm with a .txt or .doc of the text and I'll translate it into german, italian, spanish(will be choppy) and i might be able to do russian.

Despite the many complaints, you guys are still a fantastic modding group. For one, you're not relying on others work to make something new and fresh- and it's good to see you're hitting all the problems everyone had head on with direct answers instead of beating around the bush like other modders.

like obliterator789 i would offer trying to translate the game into german...but i also don't know how to edit the files (i wouldn't say, that i'm computer literate :( ) so i think .txt-files would be the best.
As a collegian i don't have too much time, but for the hundreds of german player that are gaming this great mod and have to accept the "missings", i would try to translate.