Lots has been happening with the team in our separate lives, but progress is still ploughing on at a rate of knots, especially on the testing and bug crushing front. The last few tests have been very productive and have resulted in many bugs being found and fixed especially without new deploy code.

Lots has been happening with the team in our separate lives, but progress is still ploughing on at a rate of knots, especially on the testing and bug crushing front. The last few tests have been very productive and have resulted in many bugs being found and fixed especially without new deploy code. 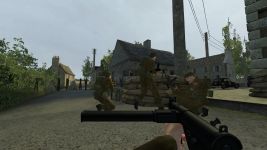 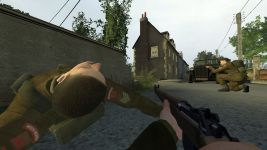 On the coding front, we’ve gained some help from our new programmer who goes by the name of Ztormi. He’s been helping out on various features, but one area in particular he has done is redevelop the machinegun deploy system from the old style where you had to be in a specific “deploy” area to deploy to the more standard “deploy on anything reasonable” method, comparable to Day of Defeat: Source. 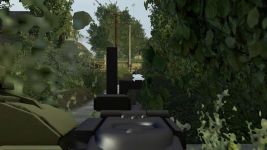 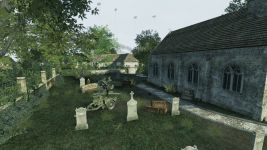 SteveUK has also been tweaking many things including our revamped score/points system (more on this in the future) and tons of minor annoying bug fixes.

Map wise, all the levels are being refined with the initial selection of maps for release are being polished. TheSurgeon is working on a new map based around the German invasion of Crete and its going to be a storm! It more than likely won’t be in the first release, but should be in a subsequent update along with (fingers crossed) some relevant Fallschirmjager models which SacredLizard has modelled. 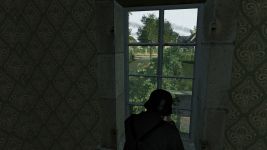 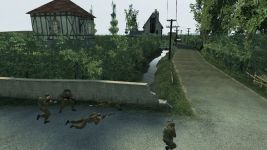 Jed is also hard at work rigging our German infantry models which is the last hurdle in the case of placeholder content. Once the German is done and in-game, we will essentially be 100% custom with our content, with only the exception of a handful of Half-Life 2 textures and sprites. 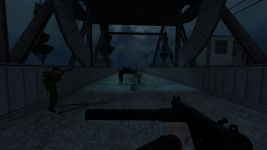 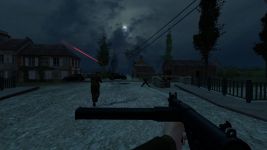 As you may have noticed by this point, we’re making much more of an effort to show off media with each update. We’re hoping to slowly raise the profile of the mod over the next few months as we inch closer and closer to release. We’re still in need of a few key team members to help us achieve our aims with the mod, these are: 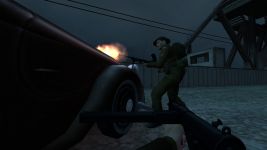 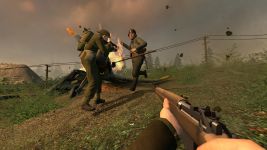 You may have noticed that the final screenshot shows Radar in a different setting. In the initial release, there will be two versions of Radar, each with a different gameplay mode. The first takes place in a dusk setting and features Canadians trying to capture the area up to and including the Freya radar. All the objectives (5) must be captured in sequence by the Canadians within 15 minutes to win, the Germans must defend them. The second version takes place later on in the war in a misty rainy setting with a German counter attack on the Polish forces defending the area. Both sides have to capture (and recapture) the objectives (3) in the map. This is the “Push-Pull” gameplay mode and capturing objectives results in both teams spawns being pushed or pulled back and forth along the map, no more long walks! 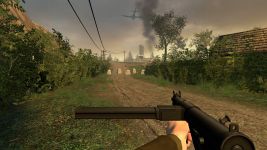 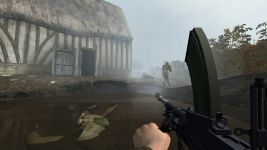 We hope you enjoy the new flood of media, all of which you can discuss over at our forums. Stay tuned for more developer updates and media in the near future!

The maps are looking really good!

Good to hear about the "deploy on anything reasonable" method for MG's. How difficult is this to do?

What do you mean, for the player or from a coding standpoint?

From a coding standpoint :)

For basic deploying couple of tracelines do the trick.

Looking good... slow progress is better than none... I can empathise with that...

Progress hasn't really been that slow, we're just being held back by the lack of animators and texturers.

Sweet. Starting to look a lot like CoD:WaW on the Source Engine. :D Great job!

Hey, I might be able to help you at some point with weapon textures. If you want to check my skills out, you can see some of my stuff at my website www.millenia3d.net..

Hit me up on MSN if you're interested. Contact info can also be found at my site :P

Best update so far. Things have really progressed and its looking great. Looking forward to this

Still looking forward to this one, keep up the good work guys.