Man has always dreamt of soaring it the skies, free of worries and stress. Today, we will shoot those dreams down.

The air force is the cavalry of the modern era, effective air attacks can cripple an unprepared enemy, and air supremacy is to be fought for with blood. Conventional short-ranged anti-aircraft weapons was previously sufficient, but not any more. With aircraft nowadays becoming more powerful and resilient, many armies sought for a better alternative. Some went for the biggest missile they could find, some hid themselves from the aircraft, and some figured that the best counter to an aircraft is another aircraft. The days of easily obtained air supremacy are over.

This is the second media update to Frontlines. Today, we will introduce to you the addition of the heavy anti-aircraft system in our mod. In Zero Hour, aircraft were too weak. They had too little health and cost too much, causing them to be underused by players. We made them stronger, but with that, comes also the possible problem of aircraft dominating the late game. To prevent this, we added a new category of weapons to your arsenal, the heavy anti-air. 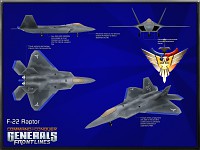 
In the early 21st century, as air threats become less and less apparent for the USA, the Raptor was being threatened of cancellation by the US government. Worried about their multi-billion investment, Lockheed Martin, the company behind the beast, simplified it to bring down its price. As a result, the slower, smaller, less stealthy version is used as a front line strike aircraft. However, this was effectively wasting the potential of the mighty Raptor. After the previous war, the use of air-power have seen a rise, even GLA started employing a rudimentary but effective air force. Worried about their air supremacy, the Americans restored the Raptor to its original state, ensuring the safety of USA troops on the ground. The workhorse of the air force is now its pride.

True to the theme of American air power, the heavy AA of USA is an aircraft. It is armed with four (King Raptors have six) long-ranged missiles to take out enemies from a distant. It also has two cannons for engagements up-close. Being an aircraft, it has all its benefits of being fast, invulnerable to ground fire and able to traverse all terrain. However, this also opens up the possibility of being attacked by a heavy AA system itself. The Raptor is an air-superiority fighter and will not be able to engage ground units. 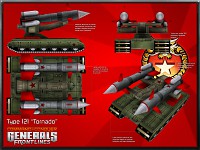 Concept by: -
Model by: Erik
Skin by: JJ


Although allied with USA, the Chinese always have their worries for American air supremacy. In a war, this would be something that would cost China a lot of good men. As such, they tried to find a solution to this problem. They turned to the biggest missile they could find, ones belonging to the Russian SA-4 system. Following typical Chinese fashion, they copied the SA-4 and made some adjustments, then made it their own. The size of the missiles do not overcompensate, they are just as deadly as they are big. One hit can take out most things that fly. There are even rumours of a variant with a tactical nuclear warhead.

The Tornado is the conventional anti-aircraft system. It is heavy, slow, well armoured and deadly. Available only in the late-game, it's two missiles have decent range. It should be protected all time by other units, even though its armour does make it not as vulnerable. The Tornado is not cheap, but its effectiveness justifies its price. 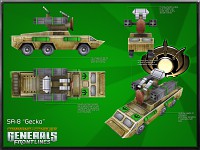 Concept by: -
Model by: AZZKIKR
Skin by: JJ


First introduced in the 1960s, the SA-8 "Gecko" remains just as relevant in the 21st century as it was then. Back in the days, it was widely exported, making it easy for GLA to obtain several of these vehicles for their own production. Using their junk yard ingenuity, the GLA altered and improved the vehicle. They gave it a modern engine, slightly more armour, and improved amphibious capabilities. Using salvaged material from the battlefield, they could even give it more missiles and a better engagement radar, providing longer range. The most common tactic is to cover the vehicle with camo-netting to make it hard to spot, even when driving at full speed, then execute a sudden ambush. American soldiers likened it to the Stealth Tank in their favourite strategy video game.

Indeed, Stealth Tank would be a good nickname for the Gecko, albeit an AA-only one. It is stealthed unless firing, making it perfect to sneak around to a good position before engaging. It has a decent speed, so shoot-and-scoot tactics are vital to ensure its survival. The Gecko fires all of its missiles in a volley before reloading it. Conveniently, it is also the cheapest among the three, so expect to see them in the battlefield, a lot.

In their full glory, this is how the heavy anti-aircraft units look like. 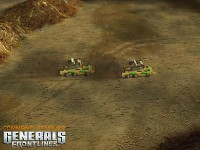 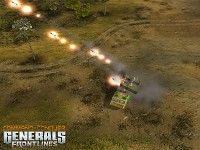 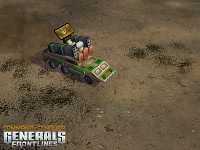 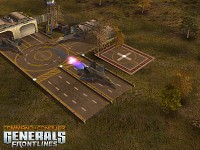 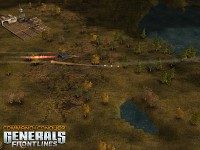 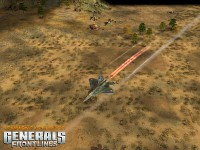 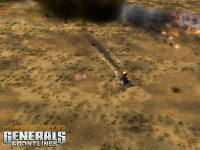 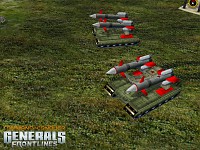 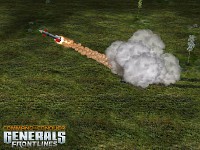 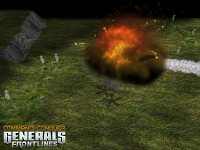 That's all for this time. Progress has not been particularly fast as a part of the team has been rather busy, and will probably be so in the near future.

Hint for the next update's name :P

Sweet, still waiting for the release...