Post news RSS From the Mind of Tim Schafer

Psycho-pedia lets you get inside the developer's heads... kind of.

Double Fine action news reports on the launching of their Psycho-pedia—a collective of infos and tidbits all to do with Double Fine's last release, Psychonauts. It offers a behind-the-scenes peek at many of the concepts that gave life to the final in-game art. Of particular note is the G4 Icons show that chronicles the crunch mode that the Psychonauts team entered in their home stretch and a look back at Tim Schafer's career as game designer. Schafer's tenure at LucasArts during its heyday had him involved with some of the best games to come out under the label like Day of the Tentacle, Full Throttle and Grim Fandango. Tim and Double Fine are currently at work on Brutal Legend to be distributed by EA.

If you haven't picked up Psychonauts yet, Steam is having a holiday sale. Those wanting more Tim Schafer goodness can also check out the Grim Fandango Puzzle Doc that was released some time ago and is now hosted on ModDB. 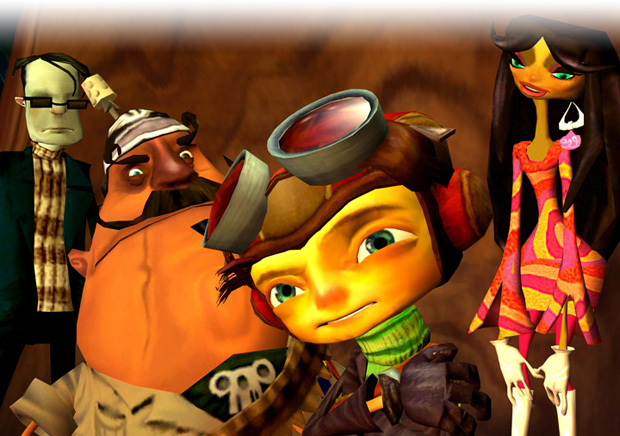 You can play this for free now at gametap.
Such a good game! Tim Schafer is a genius. Most memorable characters since Grim Fandango.

Isnt Brutal Legend with Jack Black by the same dev team? I heard it wont be out for PC though.

This is true. I'm hoping that after they're done with that they'll start work on Psychonouts 2.