Learn from our experience! Shedding some light on the stage of development Starfall Tactics is currently at and how we go here.

Start of the project

We started working on Starfall Tactics in August of 2014. Back then, only one thing was certain - the game was going to feature tactical space combat and will likely belong to the wargame genre.

Originally, we wanted to create a turn-based combat system, similar to the traditional (board) wargames. Think Warhammer 40K.

However, once we actually started development, it soon became clear that it was better in the long run to implement a real time combat system. Some of the reasoning behind this decision can be gleaned from the following video.

When deciding on the engine for Starfall Tactics, our options were quickly narrowed down to two potential solutions - Unreal Engine 4 and Unity. Mainly because our programmers had previous experience working with these particular engines.

After a fairly swift discussion, we decided to go with Unreal Engine 4 since it proved to be more suitable to the task at hand. So, we paid for the subscription and enthusiastically began studying the documentation.

After studying a few demo projects based on UE4, the team felt confident enough to move forward. We had a rough draft of the design document already created, so we focused our attention on the game prototype. 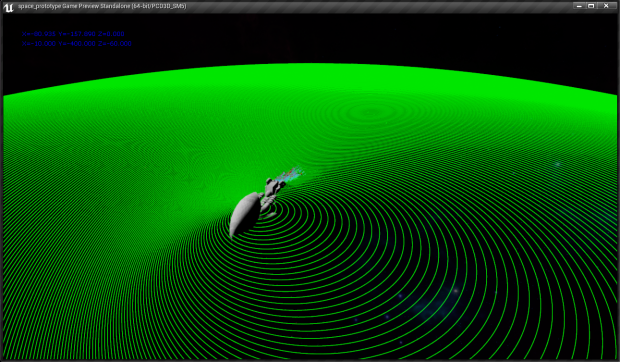 The first algorithm for spaceship movement. Not the most optimal trajectory :) 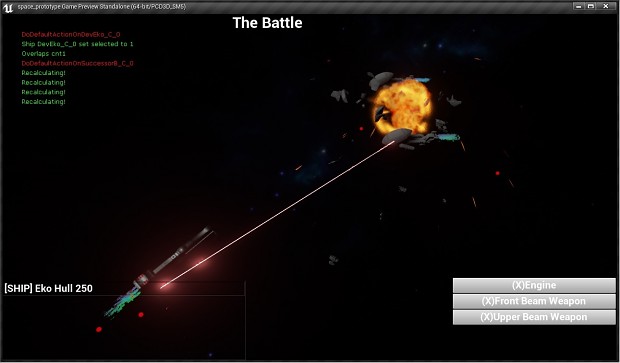 Yay, the spaceships can finally fly, shoot and even explode! We are almost done (not really) :) 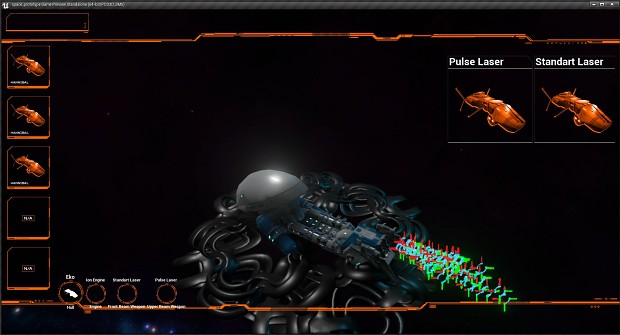 The first version of the ship editor. Players could choose what weapon to install in their vessel, as well as the type of engine used. 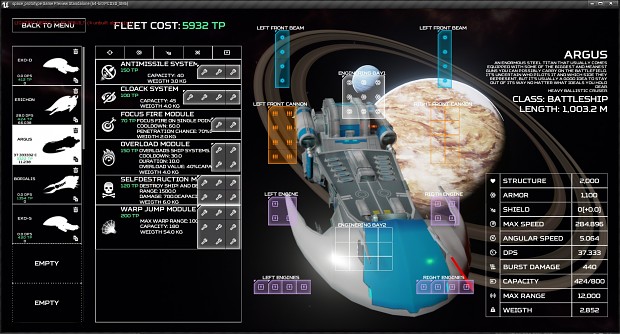 The second version of the ship editor.

Two months after we started developing the prototype, we had a working build that was used for conducting our first ever play test. The main goal of this test was to find out whether the core game and associated gameplay could be enjoyed by regular gamers and not just by our small team. We also wanted to gather initial feedback on how some of the game mechanics affected the overall experience. 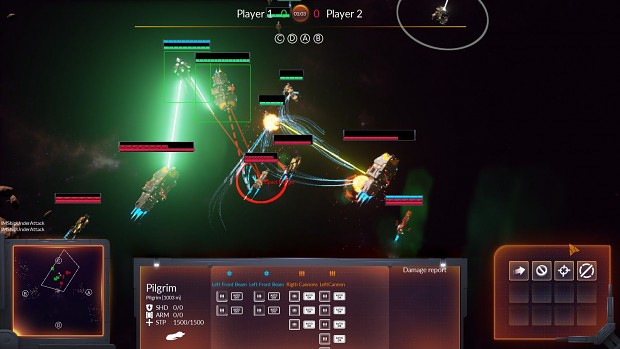 The results of the test and player reaction exceeded our expectations. Despite a number of small bugs, as well as unoptimized UI and controls, the vast majority of players felt really positive about Starfall Tactics. I must say that the very fact of somebody else liking your work can really motivate you and help you move further.

As part of the experiment, our team decided to fix some of the most obvious flaws and rework a few rudimentary UI elements. It took us about two weeks and it took another week to add a new game mode.

After that, we held another play test. The players responded positively to these changes and our team felt quite good about the direction that Starfall Tactics was heading in. The play tests had somewhat eliminated our doubts that the core game was not interesting or attractive enough for other people. The unique gameplay and features of Starfall Tactics managed to come through, despite the very obvious flaws in the early prototype version.

Choosing a name for the game

Ah, a frequent problem faced by many developers. When at first our team couldn't come up with a good potential name for the game, we decided to create a diary in our internal Wiki where every day members would post their suggestions. Two months later, we had more than 150 options! None of them were approved

Finally, the game's name was chosen via the following process. Each member of the team proposed up to 5 potential names, which were then compiled in a spreadsheet. Then came the voting period where every member of the team could cross out up to 4 titles in total. Because our team consisted of 6 people, we had 6 potential titles remaining by the end of it all. After some additional voting, "Starfall" was chosen as a title that almost everyone felt happy about. Later on, we extended the name to include "Starfall Tactics".

It took a lot of effort to get working on a promo website for Starfall Tactics. After a few changes and feature cuts, it was unleashed on unsuspecting masses around the end of February. In roughly the same time period, we've also recorded and released a few videos showing in-game footage.

We've recently launched official forums for the game and we'll soon expand the website to include more information about Starfall Tactics. Our programmers are currently focusing on the alpha version, which adds new features and also takes into account our experience with the prototype.

A Kickstarter for Starfall Tactics should be coming this May. There's a lot of work to be done before that, on all fronts - from actual development, to marketing, to art production and even legal stuff. We have a month to pour all of our efforts and energy into this beast, with the hopes of it taking off. Hopefully, we can share some of the experiences with you!

If Starfall Tactics has piqued your interest, comment here or subscribe to our newsletter for future updates!