To coincide with the 10th anniversary of the release of their hit horror game this month, Frictional Games have made Amnesia Dark Descent open source as of today! 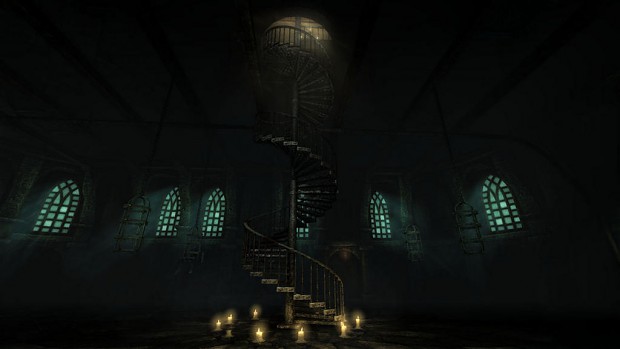 To celebrate the 10th anniversary of their genre defining horror game Amnesia: The Dark Descent (ADD) this month, Frictional Games have made the game open source as of today.

The code release has been made available through GitHub under GPL v3 and contains the game code for both The Dark Descent and for A Machine For Pigs, along with all the editor code too. Learn more about the open source release on the Frictional Games site here.

“Modding has been a huge part of Amnesia,” explains Thomas Grip, creative director at Frictional Games. “For instance, over the years The Dark Descent has accumulated over a thousand mods and addons on ModDB. This flood of user content has been amazing to see, and we are extremely grateful for the whole community. It is time we give something back!”

While the source code will become publicly available, Amnesia: The Dark Descent will remain available for purchase on online stores. The game and all of its content is still owned by Frictional Games as it has always been, but users will now be able to use the source however they want, as long as they adhere to the GPL3 license.

This news coincides with the reveal last week of the release date for Frictional Games' long awaited follow up to the Amnesia series, with Amnesia: Rebirth, coming to PC and PS4 on October 20th.

Despite the COVID-19 global pandemic affecting many developers and publishers around the world this year, Grip said to us in a recent interview, that his team were able to quickly adjust and continue development on Amnesia: Rebirth.

“There have been some small adjustments for some people working from home all the time. We worked online largely already, so when the Coronavirus crisis hit and everyone had to move out of the office, it came very naturally to our team”.

You won't have to wait long for mod support either, with Grip saying they're hoping to make as many modding resources available soon after release. “We should have an editor up fairly soon after release, if not at the release of Rebirth, so people can straight away start digging into it and doing cool stuff”.

We chatted to Grip in-depth about the history of Frictional Games, the team's development ideals, some of Thomas' favourite Amnesia mods and their hopes for the upcoming release of Amnesia Rebirth. Check out the full interview in our other article celebrating the 10th anniversary of Amnesia: The Dark Descent HERE.

I really hope someone makes it VR somehow.

We have a BetterTDD fork on Github.com/Phantasm42/BetterTDD. We have plans for VR support (which is what you mentioned), MP4 cinematics support (activated when you start up the game only for the first time, and when map scripts call for cinematics), and Vulkan rendering support.

While BetterTDD adds these things in the future we will also fix coding errors found in the source code (e.g. double to float warnings) ASAP so we could compile it without any issues.

edit: The fork has been archived sadly due to it being a complicating project

Thanks for the source code FG! Hope you guys don't mind the comparation but to me, you are the new idSoftware!

Instead of punishing the modding community (Nintendo, e.g. Mario Kart DS romhacks or even just harmless fangames) FG wants to make it easier for its own community.

Really nice move. This is why I'm always optimistic with them.

Id love for someone to remove the 60 fps cap

This is truly an Amnesia Renaissance

finally, now someone add guns and make it a good game

Shadow Over Innsmouth BUT WITH GUNS

I might of course, when the final multiplayer build of Nitelock: Archelight (FPS game based on GZDoom) is finished I'd think about making Nitelock 2 with this engine.

Man I hope somebody creates a PS3 port! It would be cool to see homebrew focused around this engine making all new game experiences.