Usually we wait months upon months between our releases, but guess what; No more!


Usually we wait months upon months and then release a developer diary which we expect to blow your minds. We like to do this because we know you like to see lots of content like that, but we are also well aware that the month(s) that then go by without us showing anything, makes us seem inactive, or even worse; dead.

However, the team is actually working really hard, despite the fact that finals have been here and many of the developers have had a reduction in their free time. That reduction is over now! For most of us, summer has begun and this means we can (apart from those currently on vacations) make some really good progress on some of the less touched aspects of Jedi Knight Galaxies.

What does that mean for you? Well, we have been a bit on/off and we’d like to be more consistent, to show you – the community – that consistent work is, indeed, what we are doing. Our plan is as follows:


What this means is, we will be doing the regular POTW, to show little funny, interesting or beautiful things. Secondly we will be showing an item (e.g. a model) each fortnight, starting today. And, lastly, we shall continue doing our usual Developer Diaries which will showcase a couple of items, possibly something seen previously in a POTW or Fortnightly Update, but in much more detail.

Now, to kick things off for our first Fortnightly Update, here's a look at one of many cool (pun intended) explosives you'll come across in Jedi Knight Galaxies... the WW-41 CryoBan Grenade.

It was originally designed as a form of emergency fire suppressant, however the CryoBan Grenade was quickly adapted as a weapon. It covers those in its blast radius with supercooled chemicals, trapping them within the ice formed by the blast; the cold itself is potentially lethal to living beings, and can damage equipment, such as droids and vehicles. 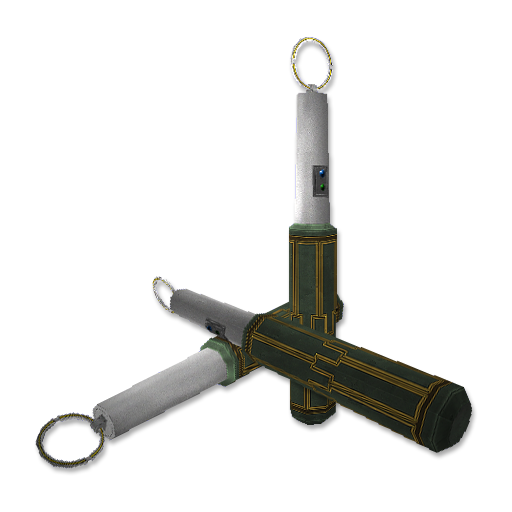