The next update showing of the new UNSC Refinery, UNSC Research Station, Halcyon Texture and the UNSC Super Carrier

Hey people, Ds here again. Because some things of our last update were somewhat criticized we decided to go back and fix those problems first. This is not just our mod so we do listen to what you have to say. For that reason, we would first like to present to you; our renewed Refinery model. 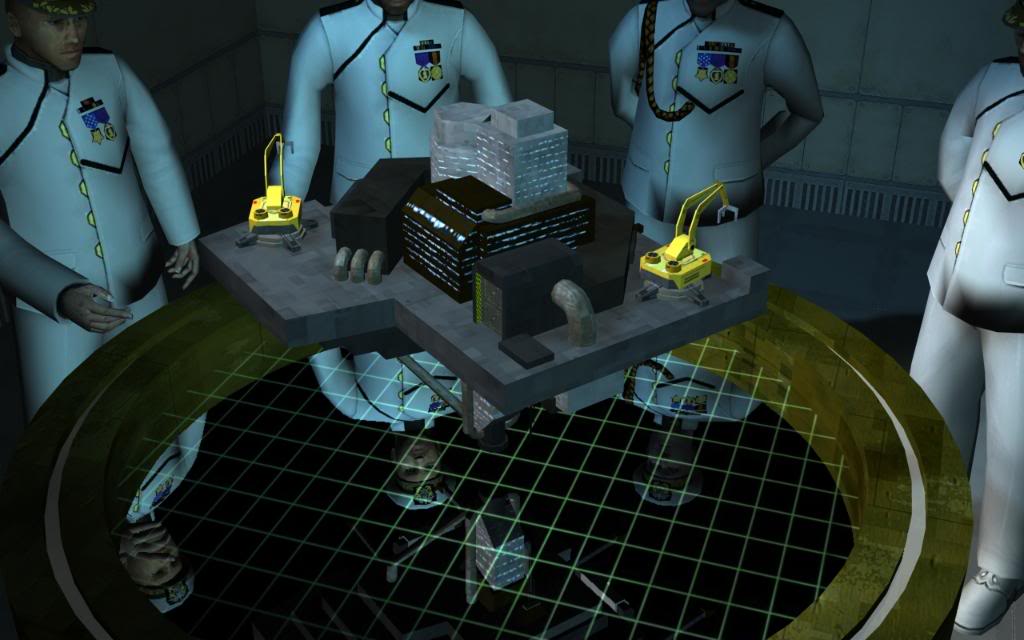 Also, although this is a minor change, we have slightly changed our Research Station's skin. Brown just wasn't a good color for it as someone pointed out. 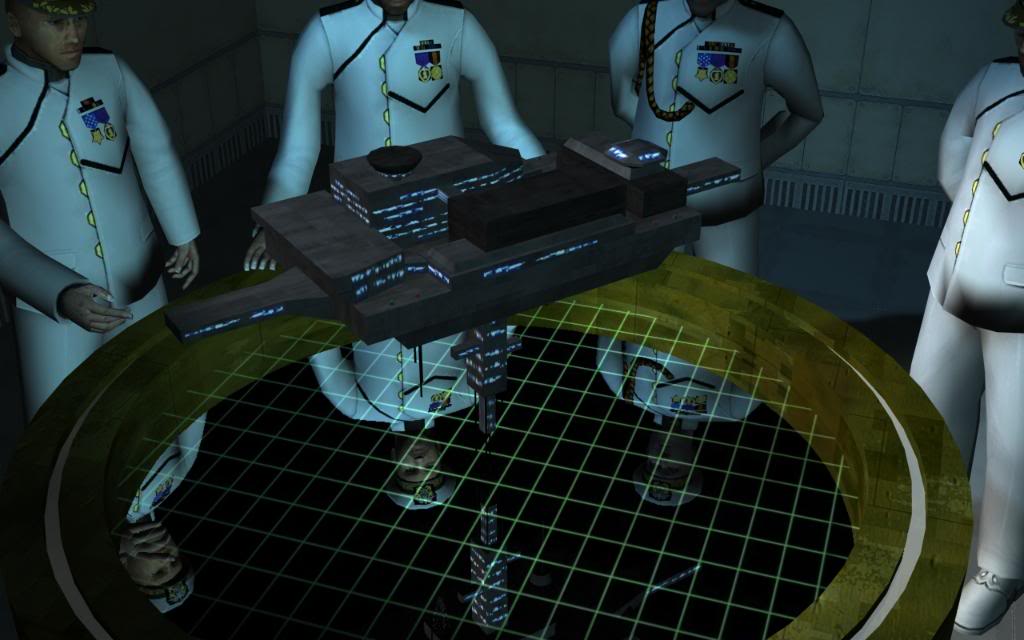 Another change has occurred. We have a new texturer. VitaMorti was kind enough to lend us a hand and we now have a new skin for our Halcyon to show you. 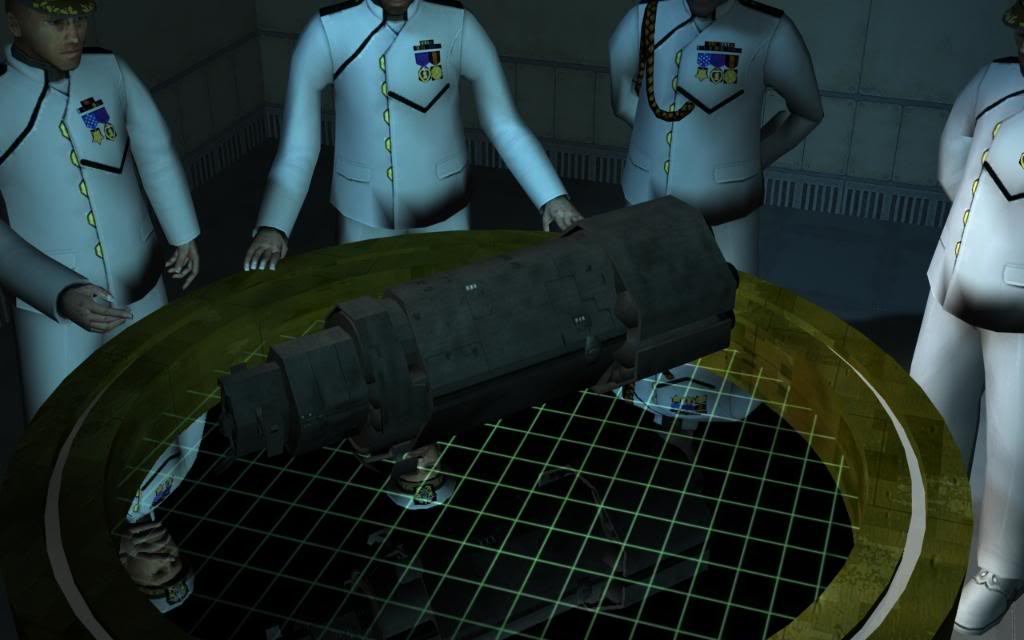 Those were just the updated models. Now we get to show you a new model. The UNSC's largest vessel ever produced; the Triton Class Supercarrier. Now we haven't put a definitive size on this thing but you can expect it to be around the length of five Halcyon Class Cruisers. 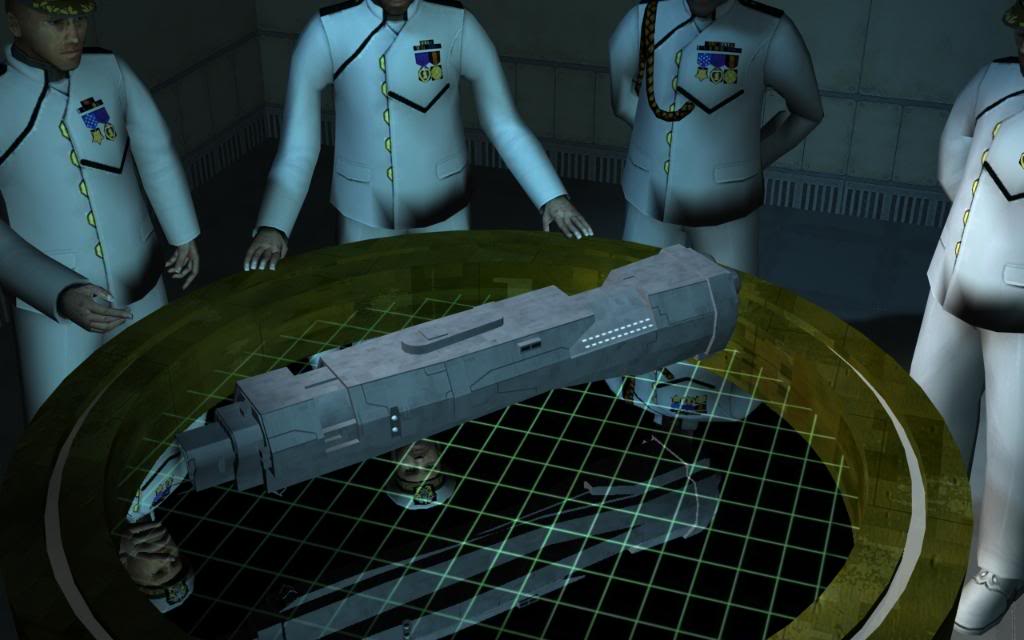 Now, we know we promised you more information on the Harvester and Refinery last time but we simply didn't get around to that yet. We've been busy pressing on with other work that we just haven't had the time for. We will make it our next update though. Which hopefully will be a really big update.

Again, if you have a talent, any kind of talent, and are interested in joining our mod please let us know over at the forums.

Until next time,
Ds signing off.
P.S Also just remember if you want more angles of the images shown in the updates, drop by the forums.

Great update on the textures of all of the criticized models of the last post. You guys definitely deserve a good reevaluation of last post's models. Also, I think the looks great, and I love how it has a lighter color than the rest of the fleet (or at least the refinery, etc.). It really sets it apart, but I think that making it too big, even though it is the biggest, would make you seem a little bit too indestructible than you really are. So, be wise about your size choices. Otherwise, good job, and I can't wait till the next update.

looks good but isn't the SOF the largest Human ship ever build?

No, not neccesarily. Halopedia says this about the Phoenix class Colony ship: ""The Phoenix-class is 2.5 km long, making it one of the largest known UNSC ships in the organization's naval history"" The reason they probably say this is because we do not know what size some ships are, including the size of the Supercarrier. The way they speak of the Supercarrier in the books makes it sound like thé biggest ship of the UNSC.

Excellent update guys! Will the refinery be animated?

Covenant at War is beating you so far... they already have a demo... BUT KEEP IT UP I AM REALLY PROUD OF YALL!!

Prediction question: What would happen if First Offensive and Covenant at War joined together...

We aren't joining. No need to think about that.

Just goading you onwards toward victory: each mod has its strengths: One is for before the flood attacked, and one is with the flood attack!
Each is good, and i may play both equally.