Ser Gregory, the first hero built on a growing RPG code base, Dwarven culture, and the terrain randomization tool.

While the last release cycle was all about village building and economy, the team are now focused on expanding the RPG side of Folk Tale. As you explore the world you'll meet heroes entwined in an evolving story. Help them with their goals, and they'll become available for selection in your adventuring party. 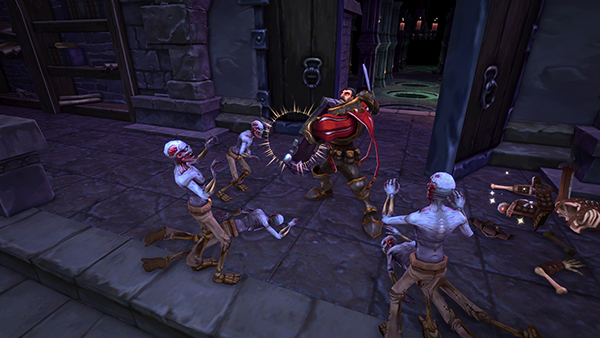 Building on existing RPG mechanics including inventory and stats, our first foray into RPG adventuring begins with the addition of hero systems, and in Alpha 21 we're introducing Ser Gregory. As a heavily armoured tank, Ser Gregory's abilities place him at the heart of melee action. His abilities are designed around defence (Iron Skin), crowd control (Taunt and Shield Bash), area of effect damage (Power Slam) and being able to finish off opponents with low health (Decisive Victory). Each ability is detailed on the website (link above). Abilities can be queued to be executed one after another, have cool down timers, and power costs to prevent you from spamming special abilities which would be totally OP. We've added all the supporting systems for character states including stunned and knockdown, and will be rolling these out across new and existing characters in Alpha 21 and beyond.

For now we've enabled all Ser Gregory's abilities for community feedback, but in a future release you'll unlock abilities as Ser Gregory levels up, and then level up each ability to make it more powerful. For now, pick your battles carefully and save regularly as there's perma-death. We'll be adding revival to respawn dead heroes back in your village, but that's not in yet.

Combat feels a little smoother now we've reduced the interval between attacks from 3 seconds to 2 seconds. The anti-kiting code has been removed so there's no more insta-heal enemies, and characters no longer stand on top of each other, moving apart if it occurs. We've also made characters rotate before running in a direction. It's a subtle change, and it might feel a little different for a few minutes, but ultimately adds a little bit of extra quality.

And what to do with all that junk loot? Salvage it of course in exchange for a little gold! You can now drag unwanted inventory items onto the salvage icon.

The days of looking at the bald male villager placeholder in the character wheel are over. We now have a new portrait system showing the actual appearance of villagers in a nice hand-painted portrait. While heroes, bosses and behemoths all have their own unique beautifully hand-painted portraits, villagers are a little more challenging. Due to the number of permutations of hair - including beards and moustaches on men - we layer up the features and use tinting. We start with the background and uniform, then add skin (ranging from light to dark), beard, moustache, head hair and finally any hats/helmets. For now, villagers will all have the peasant uniform. We expect to have the other profession uniforms including hats added for Alpha 22.

If you've played a long session, you'll be familiar with the impending doom that awaits due to deforestation. We previously added seed drops to spiders, bears and boars, but your feedback told us this didn't really solve the problem. So in Alpha 21 each felled tree now drops a seed (added to your inventory), and when a Woodcutter's Hut has 5 or fewer trees in it's boundary, Woodcutters will automatically plant a seed. This completely removes the micromanagement burden, however you can still use the Woodcutter ability to plant saplings where you please. In time we may link this ability to the Forestry research. We'll have to see how well this scales with a Tier 3 upgrade. 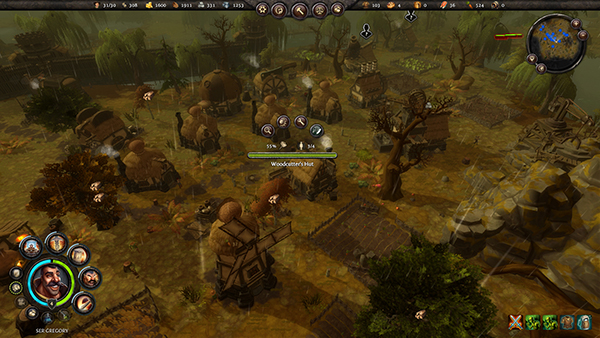 Attaining Tier 2 building upgrades needed to happen a little sooner in gameplay, so we've reduced the culture cost from 350 to 275. We've still got to implement the reasons for upgrading, including tying research with better bonuses and effects to higher building tiers.

One community reported issue was that workers could end up walking a long way to reach a workpoint within a building's boundaries. For example, a Fisher may have to walk a ways to reach a bridge to cross a river to get to the other side. This could take them into enemy territory leading to their death. We now check journey distance to determine if a work point should be used or not.

Mead and Entertainment were bugged in Alpha 20. For the next release, we've made sure that villager need for entertainment begins when you first construct a Tavern, even if you haven't yet attained a culture score of 300. A barrel of mead also now converts to 4 tankards of mead at the tavern instead of 2, helping with supply shortages. To address the over-production at Bee Yards, 30 honeycomb are now required per barrel productions instead of 5, although the yield of honeycomb has been increased to be inline with other buildings. Further rebalancing may well be required, so please share your experiences in the community forum.

Development of the dwarven culture is progressing well, including the dwarven fortress of House Hraun (faction), under siege by the exiled Cult Of Pyros (faction) and it's leader, Archmagus Brimstone. There's a mountain of work goes into developing each culture, including modelling and painting weapons and shields that appear on characters, loot icon illustrations including armor and jewellery, environment props, textures and visual effects, script writing, voice acting, character modelling, painting and animation, sound effect design, and of course soundtrack composition.

Expect to see Dwarven content make it's way into the game in Alpha 22 or 23.

Story will feature prominently in Folk Tale, delivering a campaign like feel similar to the original tutorial, but within a sandbox environment. The Grassland starting story script is now complete, which leads into the Withering Dead and Gladefolk faction storylines. We completed voice actor casting a few months back, and are now working our way through the recording sessions. 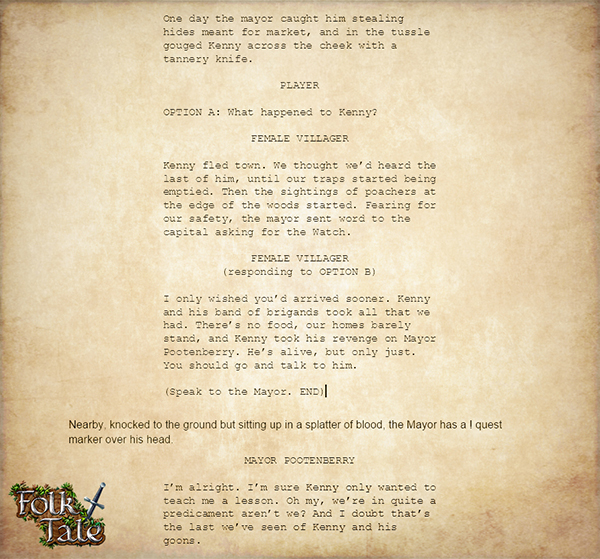 Building large terrains in the Editor can be time consuming. To help increase productivity, we're working on a terrain randomization feature that automatically generates a terrain based on settings. It's able to generate mountains, valleys, lakes, rivers and waterfalls, place trees, generate coast line, and apply splatters of paint. It utilises the full range of core tiles available, including full, half and quarter height tiles. 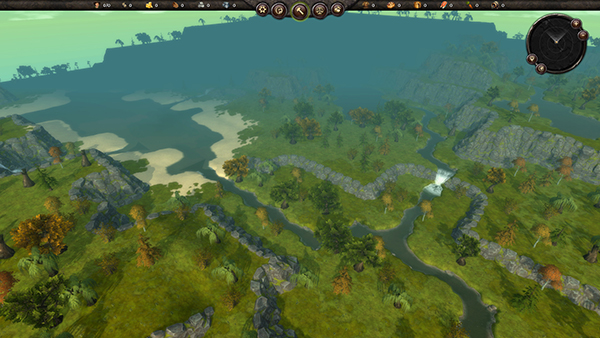 Alpha 21 is now live on Steam.