The first update for Foldrum after the demo announcement for December 22nd. Find out how the development of the demo is coming and if it's on target for release.

Posted by hereandnowlive on Dec 1st, 2017

Ok so as I talked about in the video we are on track for completion of the demo. This week I needed to finish the Artificial Intelligence, and that is exactly what I did. There are still a few behavior bugs(not even remotely game breaking) that I won't be able to handle in time but all in all the current AI is very much in line with the final AI for the game's release (hopefully) in August.

Here is the updated chart for this week: 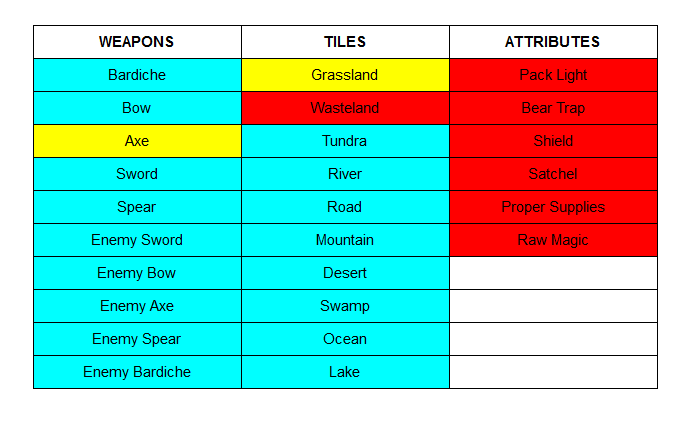 In code I mentioned that there were a variety of things that got done, but I am going to go into more detail here.

The sword counter was giving us some major problems, but I managed to fix the underlying system and it now behaves properly with both enemies and other players. Sword is now finally blue since there are no more obvious problems.

You may notice the things hanging over the enemies' heads in this gif, they are actually symbols representing the awareness of the enemies. This is one of the changes to the effects display system that was implemented. Before, each effect was displayed by actually changing the sprite of the character; now each character has their own canvas which has the effects' individual symbols display on that.

So in hotseat multiplayer the rules are similar to the v.s. AI combat. However, as the name suggests, in this mode you can play against another real player in the same room as you by taking turns making moves. We currently have free for all working, as you can see, but we are hoping to get teams up and running as well.

This week Faizan was able to get roads and villages into Big Wide World. They generate using Dijkstra's algorithm, and prefers to pass through some terrain types over others. Also I should note that we did not have art for the villages so we used our default temporary tile the fish taco. (gaze at its beauty)

Finally I will leave you off with the final weapon profile: the spear. It is a weapon that specializes in giving the player range without completely giving up their close combat capabilities. With this weapon the tactic is generally peck and flee which is very different from many of the close combat weapons that require an aggressive tactic most of the time. 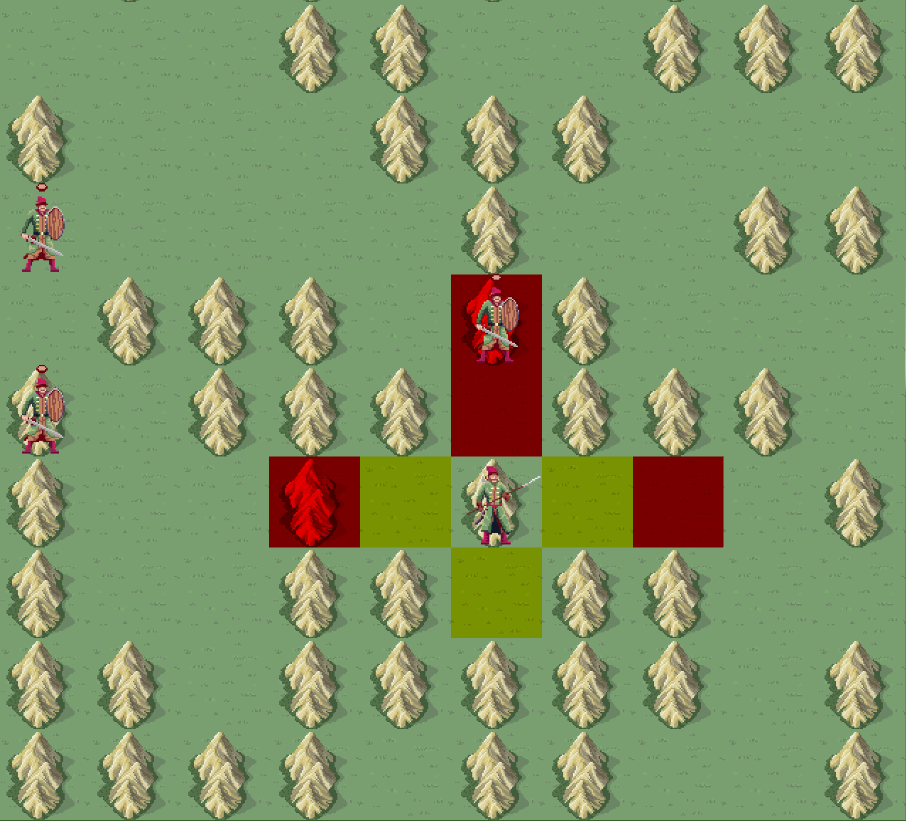