A rough outline of what was done in the last two weeks which includes new weapon reveals and some new concept art drawings.

Okay so it has been two weeks so I have some new stuff to show you. The major things covered in this update video went over the changes in the sword since it was having some problems and implementing the swamp tile.

Just as an aside the sword works on a different method then you might expect for it's counter. Rather than just if a section of tiles in the direction of the counter have a enemy in them they counter it actually splits the whole map in half. One half having the side which can be countered and the other having the side that if attacked from that direction cannot be countered. This allows the counter to be really reliable and robust as a mechanic.

This might seem like not much actually got done this fortnight but actually this graph is very deceptive. The sword is basically done but there is a small bug with the counter still involving mountains and the bleed effect as well as how the sword will respond to different enemy weapons besides the sword. This makes the graph kinda weird going forward for a bit because there are a lot of dependencies on the enemies weapons so it will probably be a case of nothing too big next time then a huge chuck of the graph done. My priority for next fortnight will be tiles mostly and after that working on getting the enemy weapons done. In that time though that counter bug should be taken care of getting us one step closer to that blue colour over the sword. 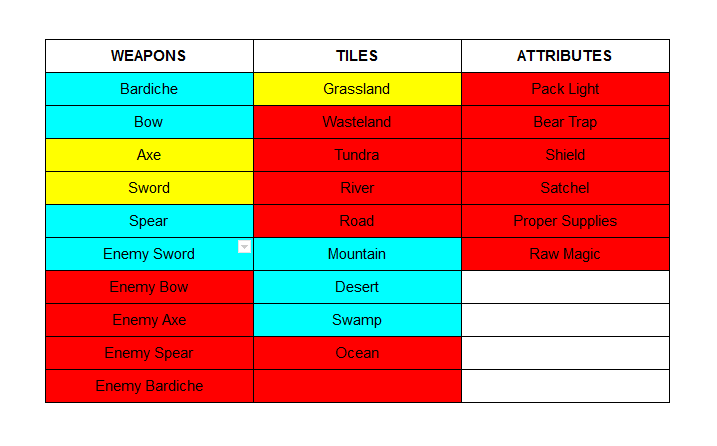 On the art front I didn't get into too much detail in the video but Jim has shifted from rough drawing to more actual pixel art for practice and Lucas has been working on a full blending tile set for the swamp and mountains. So rather than individual mountain and swamp tiles with no connections to each other they will blend together if they are generated next to each other.

I will post some more art from Jim here: 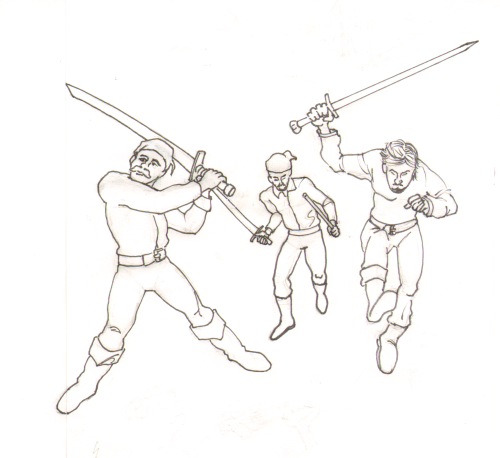 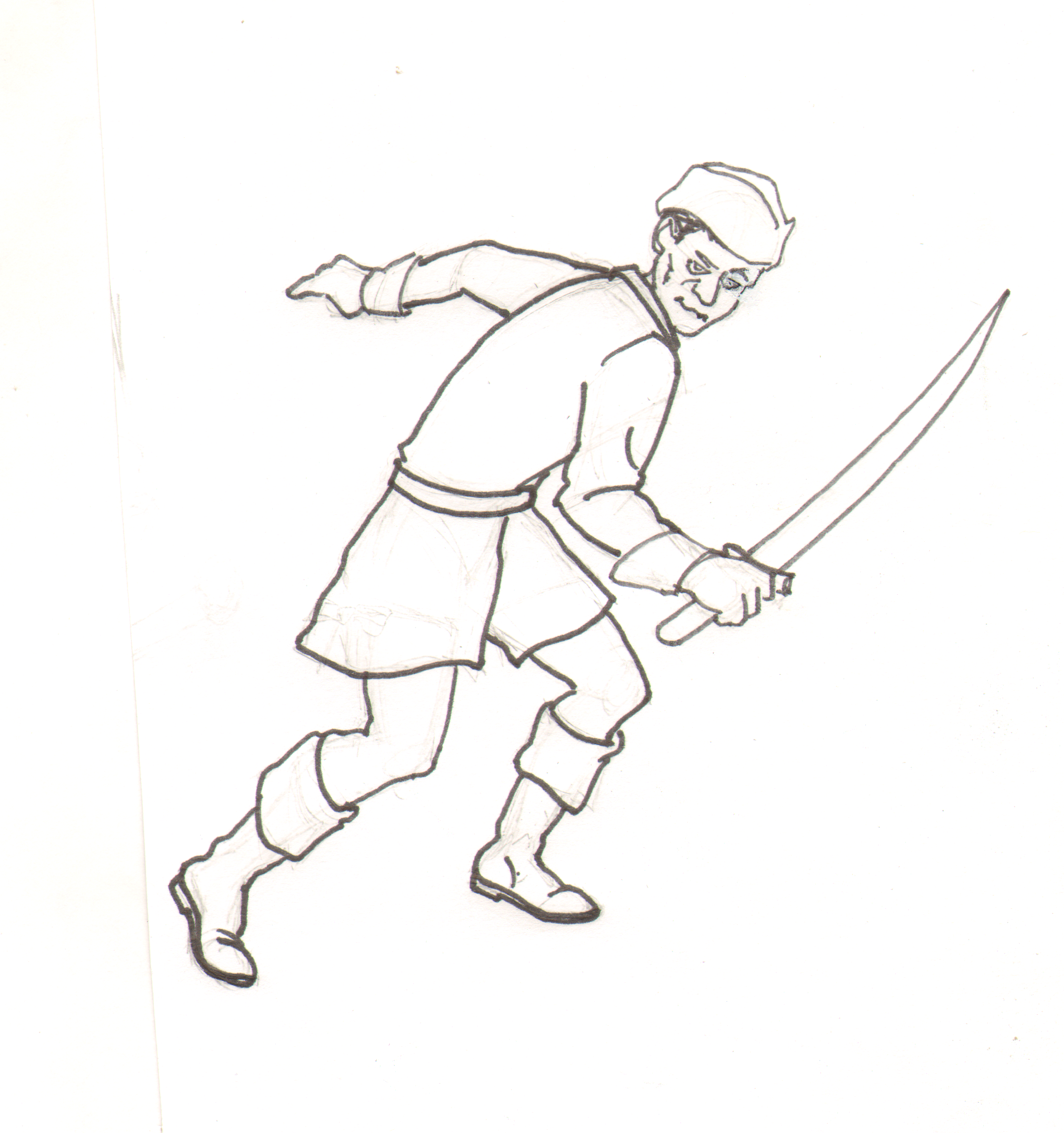 As well as reveal two other weapons in game.

The first up is the bow. The bow is a great support weapon since it has massive range, however you cannot move then fire with the bow. It is one or the other. So you must move or fire your bow. One thing you can still do however is change the bow's direction after moving so if a target is moving towards you in a different direction then expected you can move then change the direction of the bow.

Before movement this is the bows range: 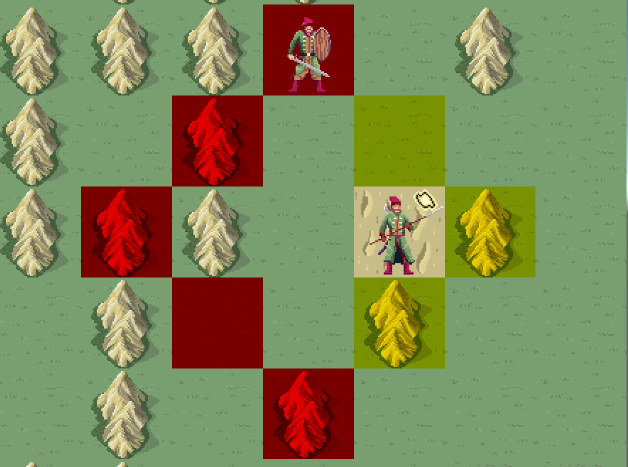 The direction change option after you move with the bow: 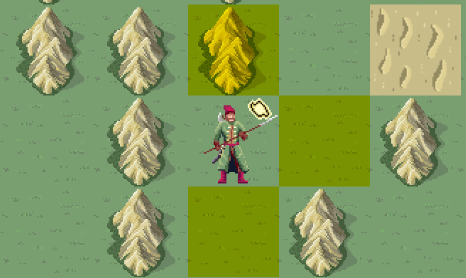 The second is the Axe. It has a attack range that is very robust and basically covers everything in a one square range around the player. It also is the only weapon that has the ability to manipulate tiles in the game. So as an example it can change a forest tile into a plains tile, or break down a bridge tile preventing a crossing point on the map.

The Axe has a attack range that looks like this: 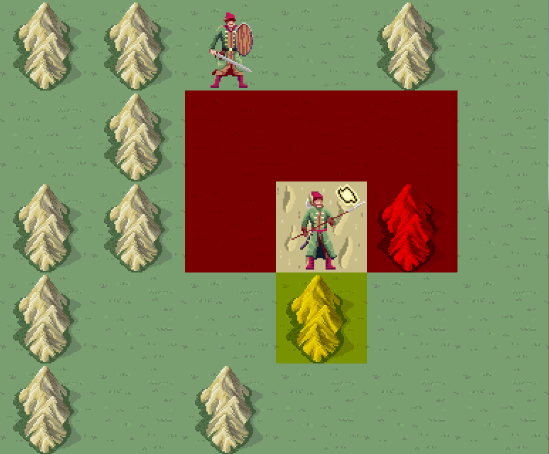