World changes and improvements we did to enhance the outlook of the game.

I was very skeptical about moving troughout the current world of Floatlands. The world consisted of floating islands, debris and details such as clouds. There was a lot of unused space (air) which was not defined gameplay-wise in any way. It was only a medium for traveling from one island to another and it was a really boring routine to do – zero excitement while traveling. We could fix and improve that by doing various things: allowing players to build in the air with more air-play, creating more debris/objects where players could land in the mid air, creating ‘spacecrafts’ with whom you could travel trough the world (good idea, but it is not appopriate lore-wise since we really want to improve on smaller aircrafts such as our little Buzzard), or creating a ground level terrain which covers entire playable area (which should be large) with terrain.

The decision was obvious, we went with the latter choice (it was hinted in the previous blogpost aswell). I started working on the so called Main land island which will be included in Floatlands. Main land will be covered with all biomes we introduced already, floating islands (not included yet), it will have water aswell (sea & rivers), Humans of Floatlands, our beautiful animals, basically everything we already worked on.

Alright, lets talk about the technical part of the new world before showcasing the work. Height map is generated trough different sets of Perlin noises. We also have a biome map, which represents which biome is at specific position. The best part about this biome map is amount of mathematic principals and algorithms I’ve used to create a procedural biome map so it would look as natural as possible. Have a look: 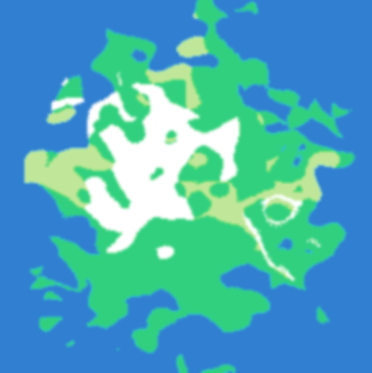 Blue represents sea/lakes/rivers, green represents our ‘normal’ biome (take a look at the bottom right, you can clearly see some micro islands will form), yellow-ish is desert and white are mountains with our snow biome. I easly implemented rivers aswell using custom made Growing Trees algorithm. Here is the first test ever I did (it looks like icecream – don’t mind the colors): 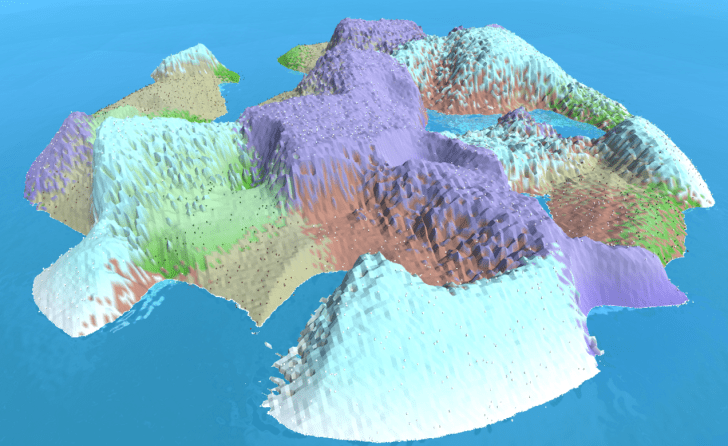 Meanwhile Mito and Andrej remodeled some of our trees, created new concepts for our metal/niter/stone veins (we’ve been using old models and they were really outdated speaking of general design). 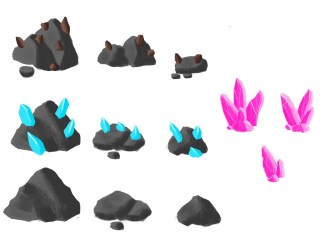 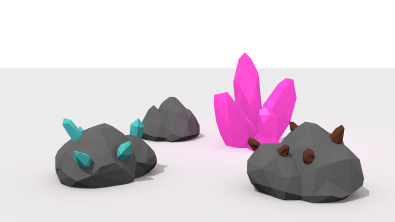 3D models/render of the new concepts

After adding rivers system, new generator rules, grass and other natural objects, the world started to look familiar and appealing.

Current state of the New world.

To end in our way we have also produced a short video showcasing the current state of the new world (note that floating islands are still missing in the video).

You’re all welcome to join us on Floatlands Discord server and have a chat with us.

i wouldt mind the large "mothership" for endgame players lol.