Floatlands is a lowpoly survival-exploration fps game where you play a robot as the main character. There will be random events/quests (defending, collecting, exploring) across the world for you to complete. Important part will be the resource gathering aspect - with gathered resources you’ll be able to build and upgrade your own custom base/shelter and defend from enemies (raiding). The game world will consist of several biomes/environments such as normal, desert and snow. Each island will be different and have unique features (from biome, weather, flora & fauna structure) because they will be procedurally generated.

A couple of weeks ago I showed some early samples of rendering grass on the GPU by using geometry shaders. Fresh in-house grass solution allows us faster performance and fuller environment. This video shows you what can be done with the new grass system. It aligns to the terrain, grass color is the same as the vertex color beneath it. It also has full forward shadows and global wind support.

This past week I was working on random Island placement and many other things. I found a need for Gradient Descent style optimization, to place Islands around each other, with special constraints. First I made a penality function or error function. This function is scalar field, since it returns a real number based on position in the world (and islandRadius you are willing to place).

In order to minimize the error, I needed to do a gradient of the same function. This is 2D version, since we are placing regular Islands (not Floating Lands). Because it’s 2D gradient, I just needed to calculate 2 derivatives.

Then I picked random iterPoint in space (initial guess), and then I just walk over world like that, minimizing error (walking down the hill).

Obviously this is not the whole story, since I also needed some termination code (knowing when to stop & knowing when a point is good enough or should be discarded). I have drawn the trail of walking through our space, and this is the end result: 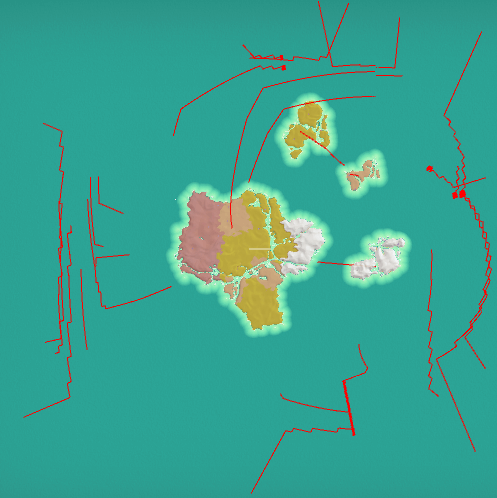 I have modeled and prepared some more skins for the crystal armour, which the players will be able to collect and use. This week’s newly additions are two more modeled and animated critters for the game, an armadillo and a spider-like robot with a drill. 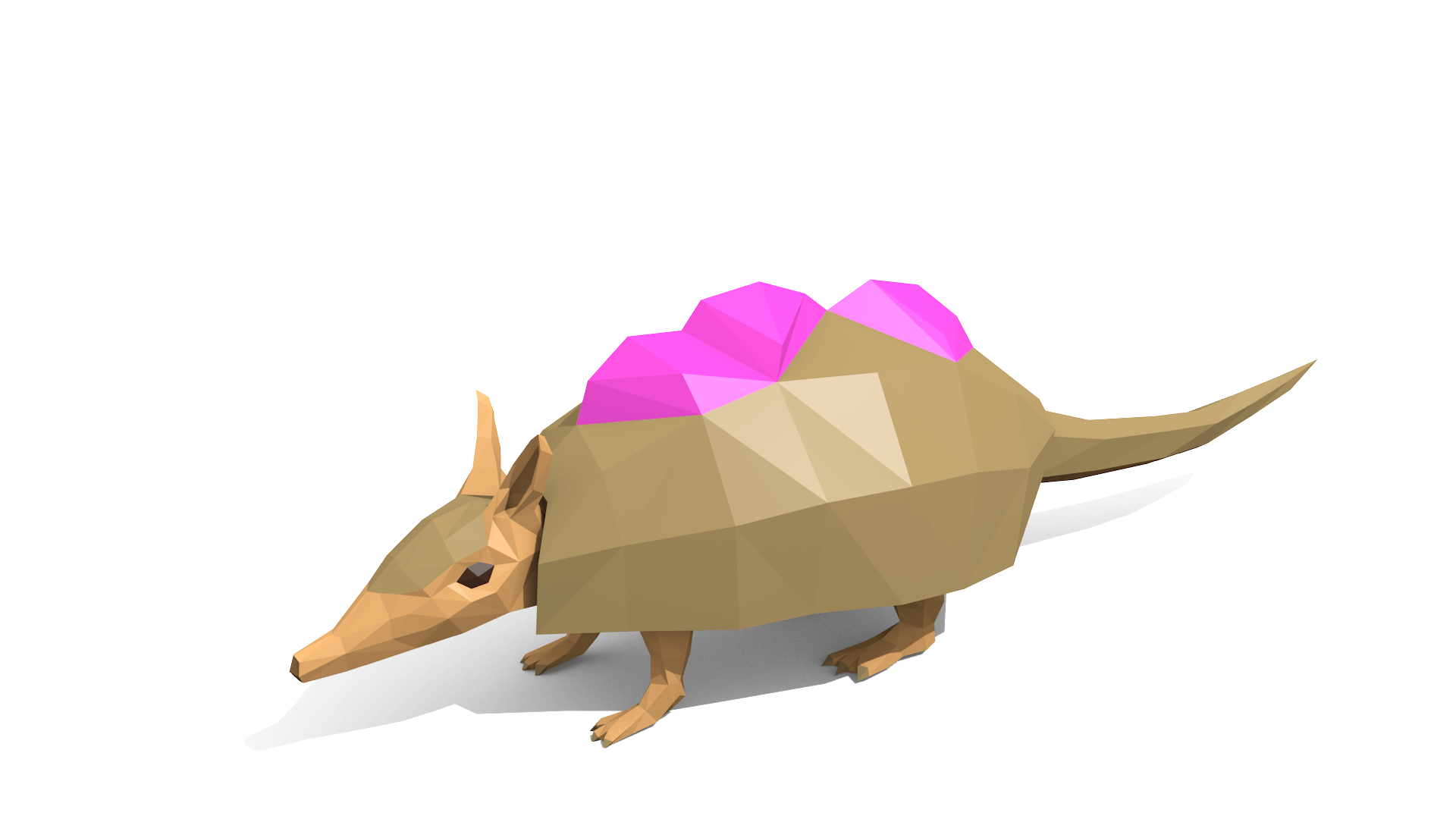 Painting more icons for the UI

I continue to paint icons for the UI. Slowly finishing with armor sets and moving towards the trash icons. You can see some of the new trash icons in the picture below. Trash items are mostly damaged objects you’ll be able to find in the floatlands universe. From mechanical parts to wooden junk that will lay around on the ground.

Perhaps you noticed the Gamepedia link on our blog. Well, Gamepedia is hosting Floatlands official Wiki. Since our game is still a work in progress, game changes also have to reflect in the Wiki.

So lately we’ve been updating the main page – correcting the layout, background and logos (featured images are a little outdated and will be replaced soon). We’re also preparing various templates, which will help us add elements to Wiki a lot easier. Tadej and I first put together a template for adding Weapons. The example on the right shows Close Encounter Shotgun and all of its characteristics in the game.

An example of weapon item template on Wiki

Earth is a darker track, soothing and mysterious that will play during nighttime and dawn time when exploring your unknown surroundings.

what happened to this game? Last entry was almost 4 years ago this looks very interesting! Is the game finished yet???

We didn't remove anything.

Game looks amazing, curious if ya'll could try to port it on switch? Would sell amazingly on their considering the lack of games.

Will see about porting, the focus now is to successfully launch it on PC and we'll go from there.

Hi cool people I also use Unity, and your game look positively awesome!

I love the style! I am definitely tracking this from now on. Low poly is by far my favorite style, it is also a lot of fun to make and it is not always as simple to make even tho it might look simple.