I made a couple of different concept sketches for the armor sets that I mentioned in the previous blog post. From simple wooden planks tied on the player to welded metal plates that form a strong looking armor. Below you can see some of the examples (arms, legs and helmet).

This week I mainly focused on the player jetpack. I created various jetpacks that would fit into the game, and then create 3 different “skin” types that will include particle effects individual to each “skin”, and added modular pieces so they will differ from each other. 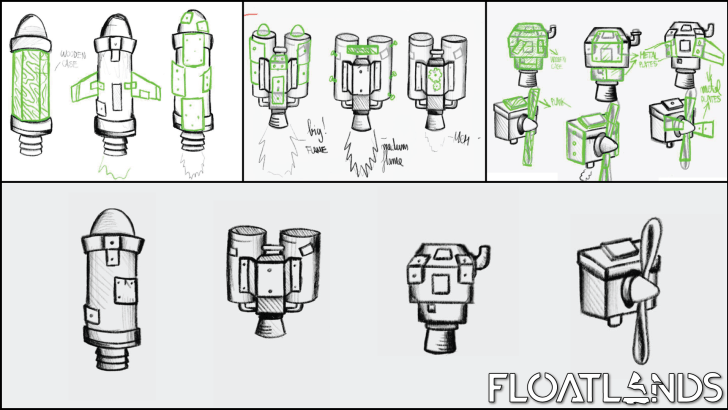 After we got settled into the new offices and extended the weekend, I started preparing the gear and outfit models for the player’s 3rd person model. Mito prepared some sketches for me and I modeled wooden and junk metal armour sets so far. The armour sets are made as separate items the player will be able to equip: Head gear, body armour and leg armour. The jet pack will also be an item that will be equipped. The armour sets will also get more models as skins for the players to collect and wear proudly.

This week was all about the way enemy drones react when they get hit by a bullet. Running away manouver really gives them a life-like feel. Another cool little quirk we added was, how drones fall apart when they are destroyed. The connections between parent/children parts are being disabled and a small “invisible” explosion is created, so that parts fall away from that destroyed position.

Lately I’ve been improving the Logic Gate system. I wish to make event-driven logic simulation, and it’s quite a hard thing to do. Why did I decide to do this? Because current implementation of logic gate simulation is really bad and I doubt people will be able to play with complicated logic. Unfortunately I can’t show you any pictures yet, but I can explain a little bit about the base components of current state though:

The hardest part so far has been building a correct simulation. A simulation that can be modified in real time – adding and removing elements, connecting elements, or pressing hubs on switch.

Currently we are recording and reviewing different ways of incorporating voices for our NPC’s. When it comes to speech, we will not record out every single line, but we will try to bring reactions and emotions across. I have build a homemade vocal booth that will serve for recording the voices and sound-FX. 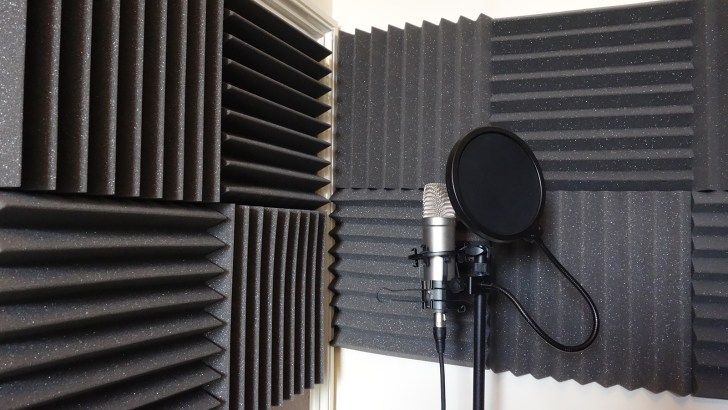 Sound-FX will be partly recorded and partly created with synthesizers. For recording sounds we will switch between an instrument microphone (SM75) and a condenser microphone (NT1A). 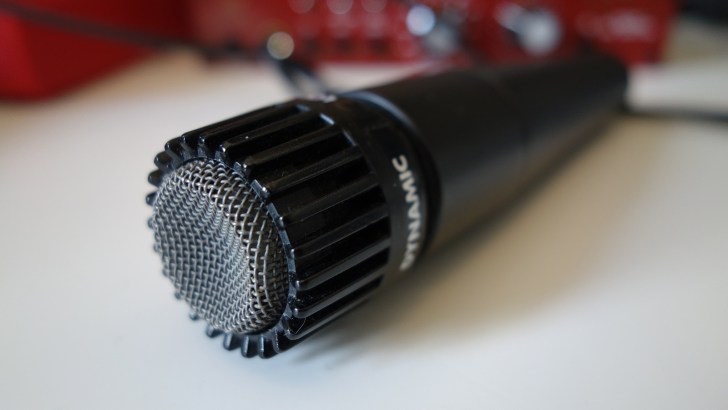 Singal processing is important. Every recording will be enhanced and amplified. You can’t go anywhere without a Pre-Amp and my weapon of choice is a Golden Age Pre 73 MKIII. 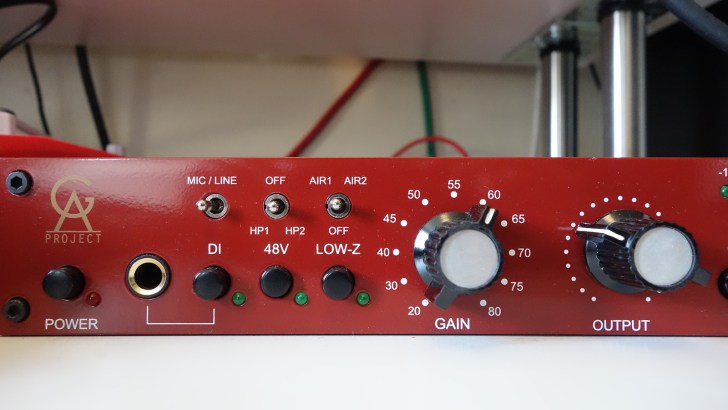 Further sound processing will be done with plug-ins that I will demonstrate on a later update.