Floatlands will have predetermined graphics/game settings values (lets call them Low, Medium and High graphics) and of course a custom one. I have created external files for each graphics quality settings that are loaded at the start of the program with our own parsing algorithm.

The settings values look like this and can be changed without recompiling (for now a game restart is required): 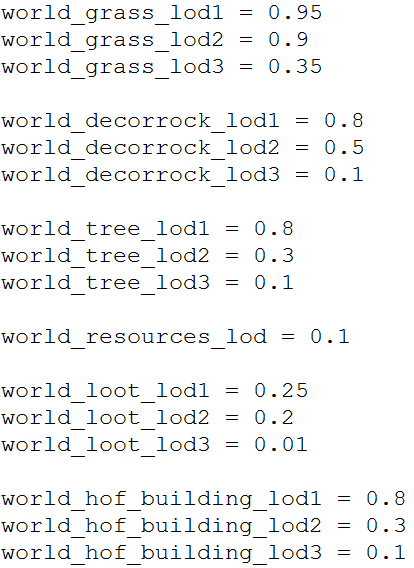 To read values from the file (the values are stored in the memory in an array list) we simply call the following API calls which are reachable anywhere in the game code:

We had this idea of including a Junk recycler device, which recycles junk items the player will find lying around and turns them into condensed recycled junk pellets that can be used in crafting. I relatively quickly prepared a model of this device for game implementation, then I also revised item descriptions and fleshed them out a bit to be a bit more interesting and helpful. I am now looking over and organizing the crafting recipes, so we can later balance the crafting more easily.

This week was intense, because there was no right way to make a mining drone beautifully stabilize after being hit. Finally we decided to include PID (proportional–integral–derivative) system. Yes, I know it sounds complicated, but all it does is try to minimize error over time and readjust the path. It worked like a charm, actually my new favorite thing about the game is hitting drones and watching them stabilize. The second thing I was playing with this week was “scout” drone, which can move its flaps now. Only a few more steps and a buzzing drone army will be ready!

I decided to work a bit on the dropship and here’s a picture of the current state. Turrets already aim at you, motor particle effects are also in place, landing gear can open and retract, LODs are working. There’s still lots of work needed for it to become fully functional. I need to implement quadcopter-like physics, path planning, some realistic behavior and enemies dropping out of ship when landing. I would like to do it as soon as possible to show you some more goodies!

In the following weeks, we’ll add various modular armour pieces (skins) so the player will be able to personalize their character. There will be several different versions of the each possible armour piece (skin). Those will be divided into 4 categories: torso, limbs, helmet and jetpack. I’m still in the process of figuring out what would fit the best, but below you can see some quick and rough concept sketches. 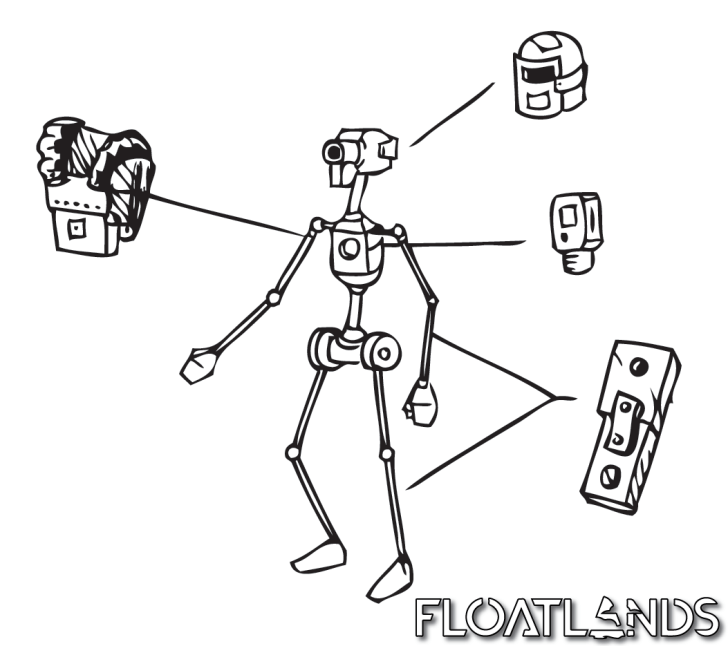